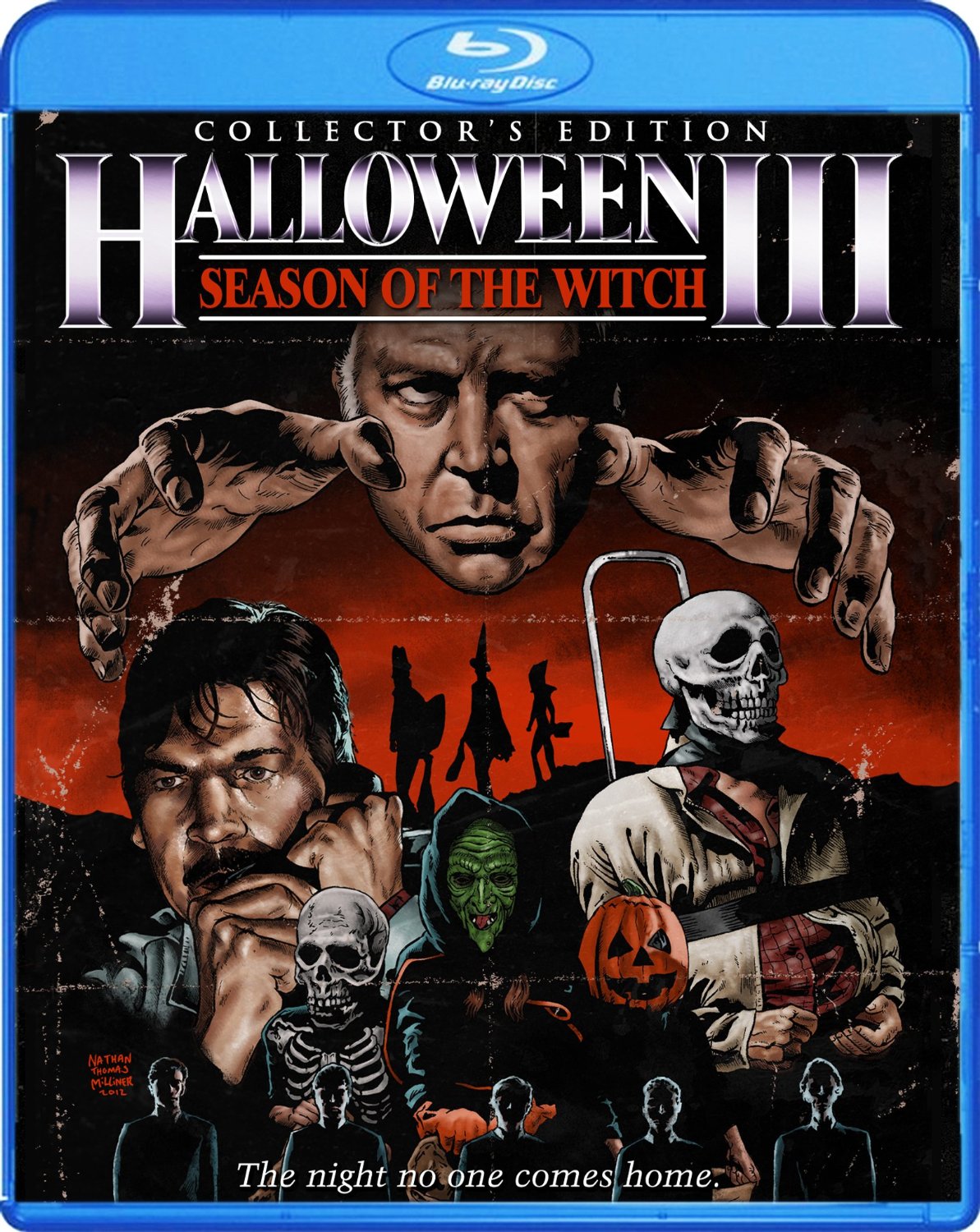 This past October, I experienced something that I quite frankly never thought I’d have the pleasure of experiencing; I watched Halloween 3: Season of the Witch with Mr. Mustache himself, Tom Atkins. And though I must admit that he talked through the entire thing, his insights into one of my personal favorite horror movies were both fascinating and highly entertaining, so never once did I feel the need to tell him to pipe down or quit his yapping.

He is, after all, Tom Atkins.

No, Atkins didn’t come over to my house and no, I wasn’t invited over to his. This experience was all thanks to the folks over at Scream Factory, who in September of 2012 released Halloween 3 on Blu-ray. Not only did the release bring a highly underrated gem to the attention of fans who have long disregarded it simply because Michael Myers isn’t the star, but it also made me fall in love with the film all over again.

Such is the power of Scream Factory, the genre arm of distribution company Shout Factory, which has been breathing new life into both fan-favorites as well as overlooked horror gems since May of 2012. But Scream Factory is more than just a company that puts out quality releases of good movies, adorned with snazzy artwork (oftentimes by artist Nathan Thomas Milliner) and packed with awesome bonus features. Much more. As the title of this post states, it is my personal opinion that Scream Factory is single-handedly bringing the fun back to the horror genre.

My earliest and fondest horror movie memories are mostly tied to my local Blockbuster, where I could often be found perusing the massive wall of horror VHS films that absolutely mesmerized me. I vividly remember standing and staring at the horror section on countless occasions, for extended periods of time, almost as if I was possessed by what I was looking at – think Katie in Paranormal Activity, but shave off a couple hours of standing and swaying.

Like many horror fans, VHS tapes were my first introduction to the genre, and it is the incredible box art that adorned them that continues, to this day, to captivate me and make me feel all warm and gushy inside. There was such a sense of excitement in visiting the video store as a kid, and staring up at all the new releases that were coming at a seemingly never-ending pace, and unfortunately the majority of that excitement and fun is nowadays a thing of the past. 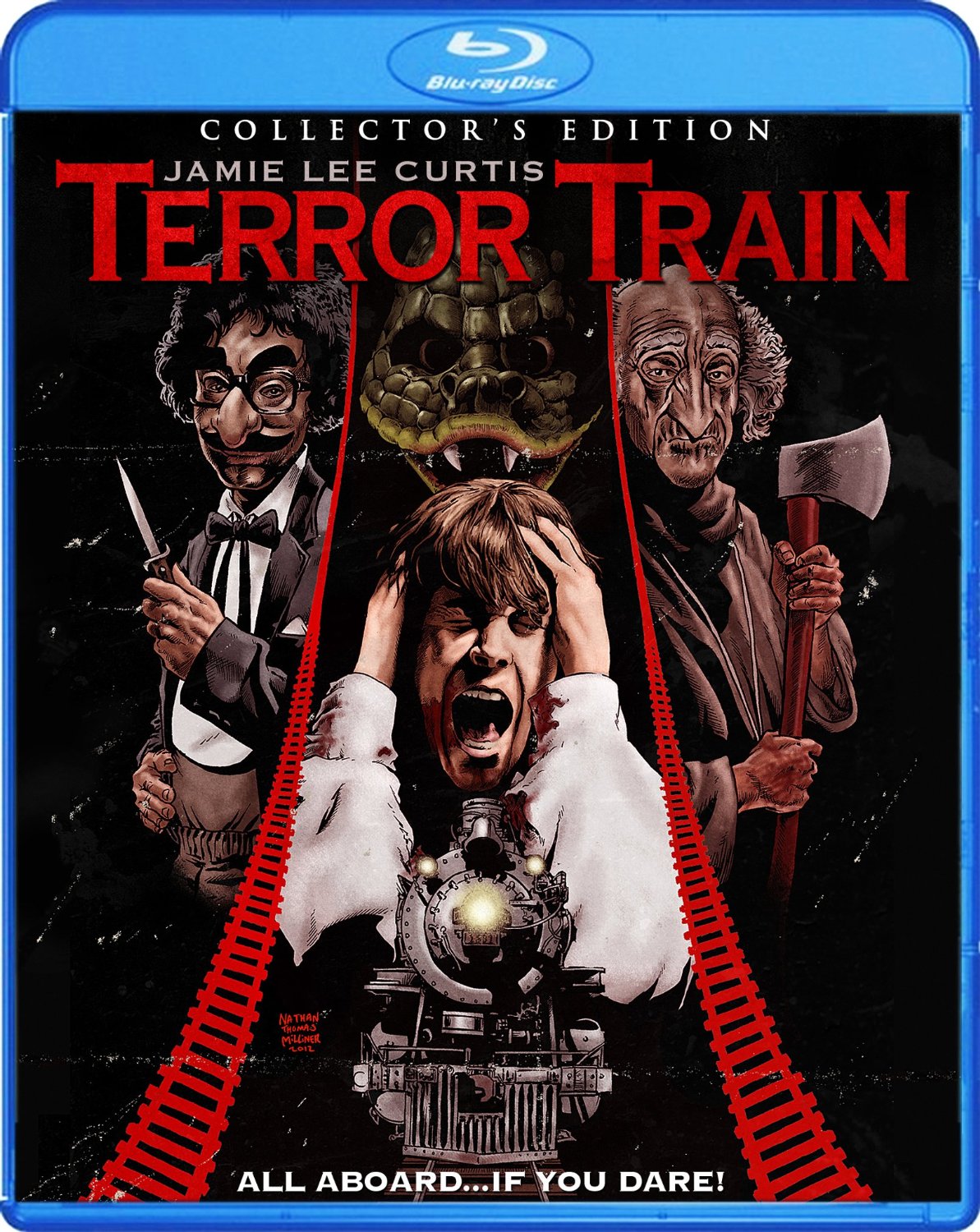 True, I still love re-watching horror favorites and discovering new ones, and always will, but it’s just not the same as it used to be. While a majority of that is due to me being a whole lot older, my childlike sense of wonder running on empty, I’d also have to place some of the blame on the fact that video stores no longer exist, and have been almost entirely replaced by things like VOD rentals and Ultraviolet codes. Sure, watching movies is easier and cheaper than ever – hell, you don’t even have to put on pants anymore – but I can’t help but feel that the death of video stores has also dealt a painful blow to the overall experience of hunting for and consuming cinema.

It’s just not the same, and that’s really the best way I can describe it.

I’ve always considered myself a big proponent of physical media, favoring it over collecting movies in ‘the cloud,’ but even I have been having a hard time in recent years justifying DVD and Blu-ray purchases. Buying movies used to be something that kinda sorta defined me as a human being, as evidenced by the massive wall of over 1,000 cases that decorate my living room, but I can honestly count the number of discs I’ve bought in the last year on two hands… and you could probably even chop one or two of those fingers off.

Why pay $20 to own a movie, when you can turn on your TV, hit a couple buttons on your PlayStation remote, and watch it for a few bucks? Hard to answer that question in a way that justifies the former, isn’t it? 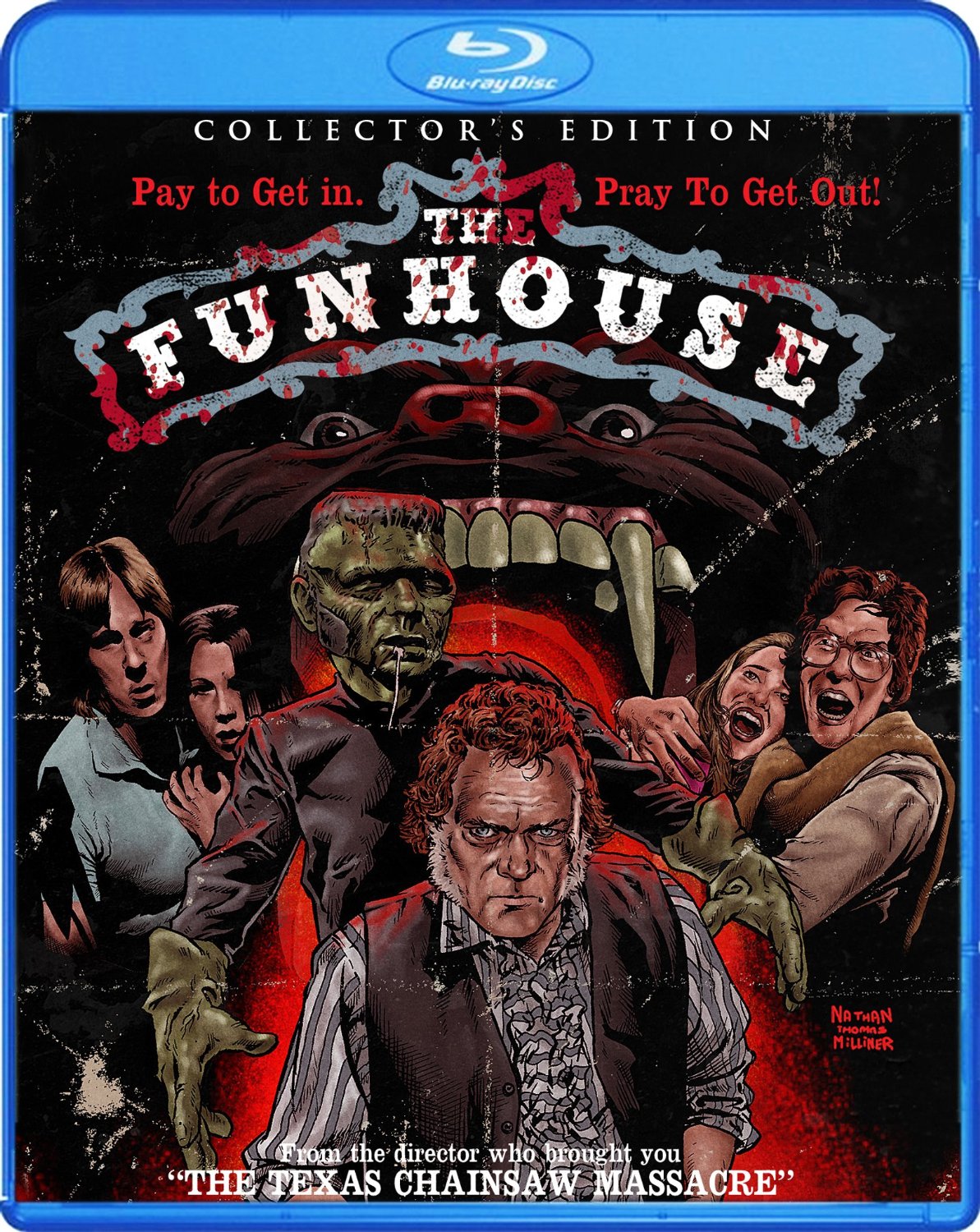 So video stores are gone, and the need for physical copies of movies is altogether becoming a distant memory. The times they are a changin’, as that dude with the raspy voice always says, and if you’re asking me, that change of times has sucked a whole lot of fun out of the horror genre. Gone are the enchanting cover arts and gone is that sense of wonder that used to come along with them, all but replaced by the lifeless digital machine.

OK, so maybe that last paragraph was a little overly dramatic, but you get what I’m trying to say, right? Right? Very well then, we shall proceed.

And then, in 2012, something magical happened; Shout Factory was impregnated by a demon, and out popped Scream Factory a few short months later. With brand new hand-drawn artwork that evoked the spirit of 80s VHS box art, and reversible covers that gave you the option of making the cases look exactly like the VHS tapes you remember from your childhood, Scream Factory became an instant hit with horror fans, who quickly ate up everything they were just as quickly putting out. Halloween 2, The Funhouse, Terror Train and They Live were among Scream’s inaugural releases, and I’m willing to bet there are very few of you reading this right now that didn’t add all of the above to your collection.

So what is it about Scream Factory’s releases that makes them so special, and that makes us love them so much? Why I am unable to resist buying the movies they put out, even though I see no real need to buy home video releases anymore? It’s simple, really. 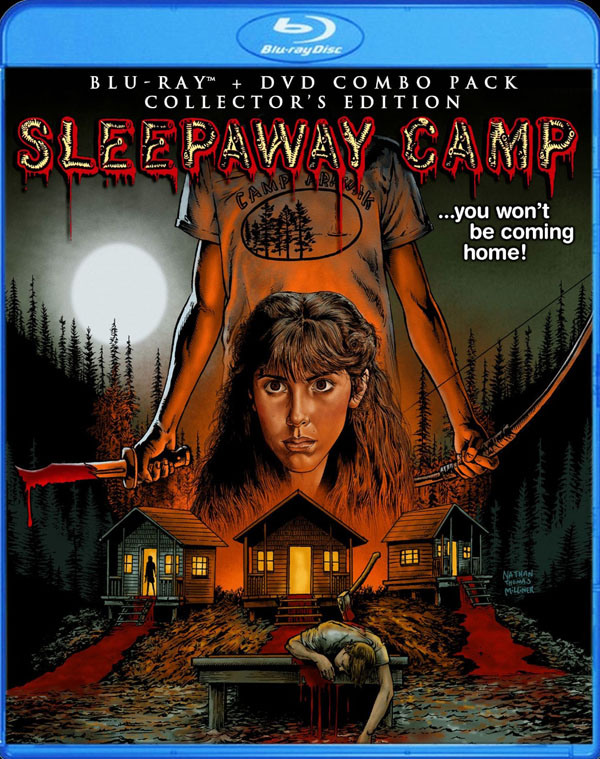 Whether you even realize it or not, Scream Factory is bringing just a tiny bit of that video store experience back into our lives, and once again rendering us truly enchanted by the imagery and sense of discovery that made us fall in love with horror movies in the first place.

Not only does Scream Factory release fan-favorite films like the ones mentioned above, but they also give the same special treatment to titles you may not have heard of or ever bothered to watch, such as Death Valley and Crawlspace. While the former are adorned with eye-catching new pieces of art, which make us feel like we’re discovering childhood favorites for the first time, all over again, the latter are typically released with their original VHS art, allowing us to discover films we perhaps never came across in the video stores of our youth.

And that right there is the magic of Scream Factory, at least from one VHS-loving fan’s perspective. Suddenly, watching and buying horror movies is fun again. Suddenly, horror fans are once again excited about home video releases. And suddenly, hidden gems and childhood favorites alike are being talked about and enjoyed. And that, my friends, is pretty awesome.

Upcoming releases from Scream Factory include Evilspeak, Slumber Party Massacre, Sleepaway Camp and Bad Dreams, and you can keep tabs on the company over on their Facebook page!