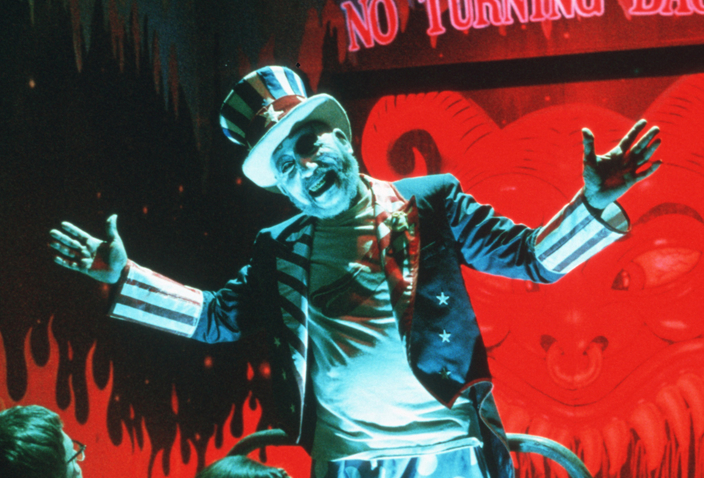 It’s time for some more interaction. I want to mingle (digitally) with Halloween Love readers and get to know them a little better. Chances are most people who regularly come here love horror … a fairly safe assumption to make I would think, and the only thing I enjoy as much as watching horror is talking about horror. In this series of articles I’m reaching out to the world to find out what YOUR favorite horror movies are, and most importantly, WHY they are your favorites.

It never ceases to amaze me how much you can learn about a person when they start talking about something that is a passion to them. They open up, you see the real them … and the nicest most genuine people I have ever met throughout my life have all had a strong passion and interest in something.

Putting together any kind of ‘favorite’ list is really just capturing a moment in time, 12 months from now choices might be different and new movies discovered. So, at this point in history I hand you over to facebook legend in the making and Halloween Love follower Cosmic Creepers, with ten of his most cherished horror movies thus far. This list was a genuine pleasure to read because you can almost ‘feel’ the love for horror Cosmic has coming through the screen right at you … Enjoy! 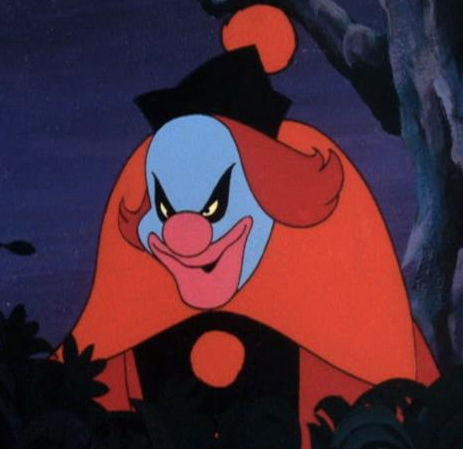 “This was one of the very first horror movies I remember watching and aside from Ronald McDonald and the guy from Airbud, this was my introduction to clowns. Needless to say, I was terrified. At the same time however, it fascinated me. I fell in love with the character designs, the puppetry, the special effects, and of course the music. I grew obsessed with the film, I watched it damn near every day and often more than once. I begged my Mom to let me re-rent it from the video store every weekend until she finally caved in and bought me my own copy. I even dressed up in a clown suit while I watched it … It got a little out of hand. Still to this day my love for Killer Klowns is as strong as ever.”

“I waited years to see this one. When the DVD for the movie 300 came out there was a commercial for a little horror movie called Trick ‘r Treat. From the very start of the teaser I knew we had a winner on our hands. As much of a Halloween freak as I am, it instantly sucked me in. They teased an October 2007 release which was about one year away. To my disappointment, after checking out the film’s myspace page I discovered that it had been put on hold.”

“From this point on I checked the page daily for updates, crossing my fingers that it would be given a firm date. Sadly, I suffered through a few more false “release dates” until finally it was given a direct-to-video release in Fall 2009. Upon watching it for the first time it exceeded my expectations, It was everything I had hoped it would be and more. A movie that captures all that I love about the holiday … A true ode to Halloween.”

“Little can be said about Halloween that hasn’t already been said before. It’s simply a classic. Possibly the best slasher film and one of the best horror movies ever made. Everything about it is great, from John Carpenter’s terrifying score, to Donald Pleasence’s performance as the legendary Dr. Loomis, to the amazing cinematography, atmosphere and scares. It’s horror film gold!”

“Probably the most controversial on my list is Rob Zombie’s sequel to his remake of Halloween. The first time I saw this movie in theaters I was a little taken aback, as most Halloween fans were. I didn’t know what to think of it other than it was a really strange, confusing, artsy take on the Michael Myers mythos. On a viewing of the director’s cut once the bluray/dvd came out, I started to really get it. It just clicked. The theatrical version of H2 really doesn’t do it justice, the director’s cut is the far superior version of the film, it made it for me.”

“Not only does Halloween 2 have some of the best most brutal kills, it has the most realistic portrayal of character development I’ve seen in a slasher film. I feel most people couldn’t warm up to it due to their own preconceived ideas as to how things should be in a Halloween movie. And that’s a shame really, I think it’s a great film and one that I enjoy more and more every time I watch it.”

“A movie like The Texas Chain Saw Massacre doesn’t need any justification as to why you like it. It’s just an expertly crafted horror film. This movie is a complete winner. The undertones of dark humour, the character dialogue, and camera work give the movie a great sense of foreboding doom. And you can’t forget the brilliant performances by Jim Siedow, Edwin Neal and Gunner Hansen that created unforgettable off-the-wall villains. Chain Saw also features one of the best climaxes in any horror film. It makes you feel like you endured all the chaos and are now left to pick up the pieces of what remains of your sanity. Without a doubt one of the best, scariest, and most entertaining horror films ever made.”

“The tag line “The Most Fun You’ll Ever Have Being Scared” is true to its word. Creepshow is horror anthology perfection. All the stories featured are rightfully whacky, overzealous, and often a bit creepy. Not to mention, a fantastic soundtrack that brings the movie to life and very memorable work by Savini is put on display making the creatures really stand out. Simply put, Creepshow is a damn fun horror movie. If someone asks me what I love about horror I’ll just show them this flick!”

“My favorite werewolf film has got to be Stephen King’s Silver Bullet. This is another movie I saw at an early age and it scared the piss out of me. What I found wonderfully immersive about it is the small town ‘community’ atmosphere mixed with the narration and everyday, relatable, human characters. Another of my favorite music scores is featured here and it most definitely ups the creep factor. The idea of ***Spoiler Alert*** the Reverend being the werewolf struck me as a disturbing, brilliant concept. My go-to movie for when I’m in the mood for some King.”

“Being a horror fan I often enjoy seeing gore fill my television screen. A movie that truly delivers some fun, over the top gore is Sam Raimi’s The Evil Dead. Some argue the sequel is superior but I beg to differ. While Evil Dead 2 piles on the slapstick humour and ultimately has better effects, it loses what I loved about the original … the atmosphere. The Evil Dead is a damn frightening film while still offering badass horror action and some laughs even. A great movie to put on when you want to be thrilled and chilled.”

“I would’ve killed to see William Castle’s The House On Haunted Hill during its original theatrical run. I can only imagine how fun it would’ve been sitting in the theater watching the movie, when suddenly a prop skeleton comes flying overhead. It must have been a hoot! Alas, that was far before my time and besides, the film holds up on its own! Haunted Hill is a classic spook-house ride of a movie featuring excellent mood, music and Vincent Price moments. A “dark and stormy night” must!”

“Even though I’m a big fan of Rob Zombie musically, I didn’t get around to seeing his feature film debut until some years after it came out. I caught Corpses on Fearnet one night, not knowing much about it other than the title, which I thought was and still is a badass name for a movie. Anyway, immediately as the film started I was greeted by a scary ass clown, smiling in black & white who then goes on to advertise his “murder ride” and “tasty fried chicken.” From that point I knew I was going to like this movie.”

“Every character is written and acted out so colorfully that the movie seems crowded with insane characters, which I am 100% OK with. This movie is nuts, just the way it was edited is exhausting, throw in some bizarre imagery and crazed loonies and you have yourself a hell of a time. The film starts off strange but it progressively gets more whack-o as the running time goes on. House of 1000 Corpses is a trip down the rabbit hole into a wonderfully stimulating hell.”

A HUGE thank you to Cosmic Creepers for taking part … If YOU would like to feature and reveal all then just message me below or on facebook and I’ll be in touch.