Up for grabs today on t-shirt a day website Tee Villain is this fun Shining-inspired design, which puts Jack Torrance in your pocket. They’re also selling a similar design with It‘s Pennywise emerging from the pocket, and both shirts are available TODAY ONLY. So be sure to get right on that, if you want one.

My friend Gabe LaPeer, who runs the company Homemade Horror, recently whipped up this one-of-a-kind Killer Klowns From Outer Space lamp, which he auctioned off on eBay this week. Gabe and I collaborated last year on a limited edition cotton candy cocoon Christmas ornament, sold exclusively through my online shop, and this lamp is a totally awesome extension of that product. It ended up selling for just under $150, and Gabe says he may make more in the future, if there’s enough fan demand. Yes please! 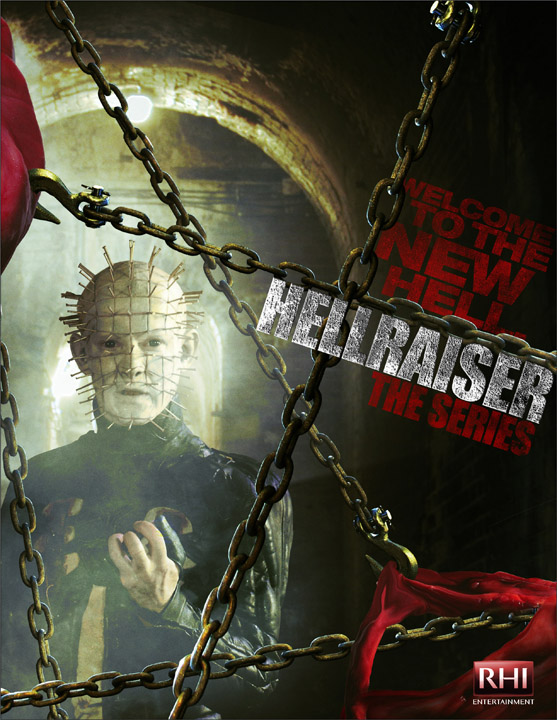 Shock Till You Drop‘s Ryan Turek uncovered this piece of promo art for a spin-off TV series based on the Hellraiser films that was in the works a couple years back. Truth be told, I wasn’t even aware that such a series was ever planned, nor I had ever seen this art. With horror on TV being a big trend at the moment, I wouldn’t be surprised if the series soon finds itself back on all of our radars. I guess it could be kinda cool. Maybe? 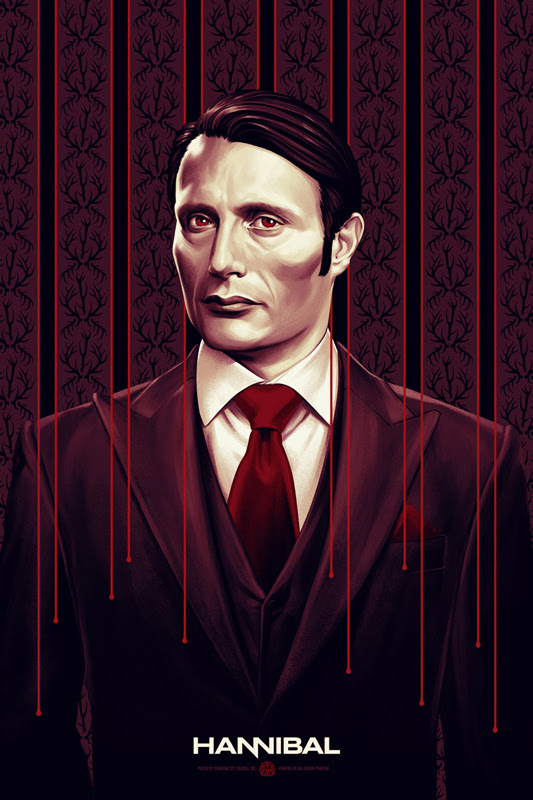 In celebration of tonight’s season finale of Hannibal, Mondo put up for grabs today two different art prints inspired by the show, with the other one depicting the stag-headed version of the title character. Not surprisingly, both prints sold out almost immediately, as Mondo’s offerings always do. Beautiful works of art, though I personally can never justify spending upward of $65 on a poster. 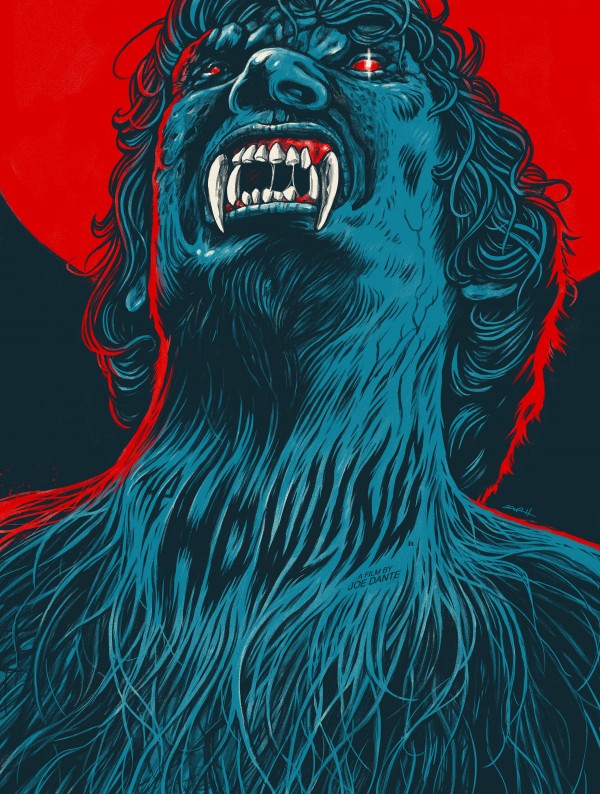 Speaking of awesome artwork, Hero Complex Gallery‘s tribute to the careers of both Roger Corman and Joe Dante kicks off this weekend, and the coolest piece of art I’ve seen thus far from the exhibit is this Howling poster, courtesy of “Ghoulish” Gary Pullin. The Howling was of course directed by Dante and Corman has a cameo in it, making the movie a perfect fit for the exhibit. See more of the art over on the gallery’s website, linked to above. 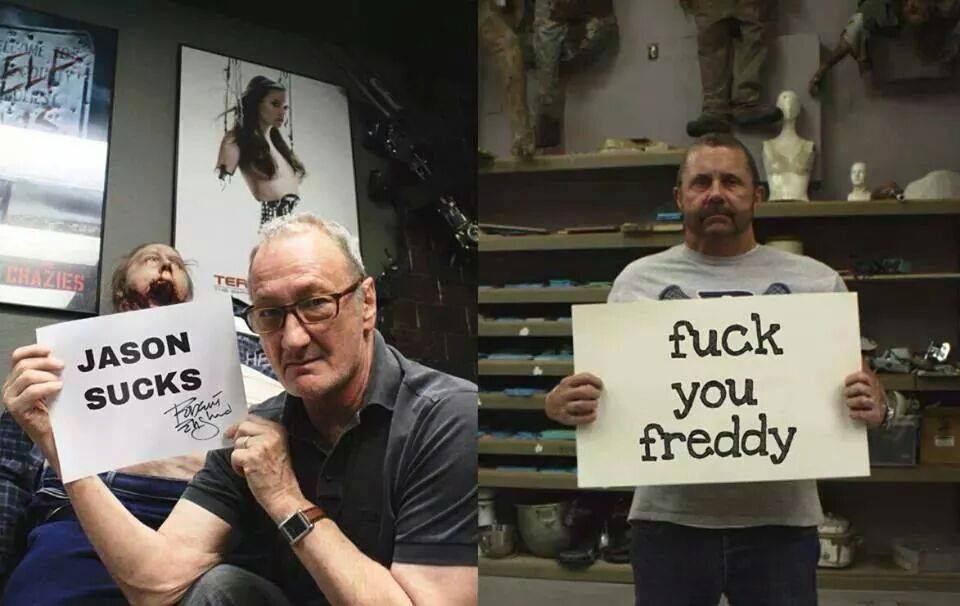 Not sure how recent these two images are but they’ve been circulating around the net this week, showing a meme battle between Robert ‘Freddy Krueger’ Englund and Kane ‘Jason Voorhees’ Hodder. Many fans were bummed that Hodder didn’t play Jason in Freddy vs. Jason, and this may be the closest we ever get to Englund’s Freddy and Hodder’s Jason duking it out. Speaking of which, would anyone else love to see a Freddy vs. Jason sequel? Had a blast with that movie and would welcome another big screen battle between the two horror heavyweights! 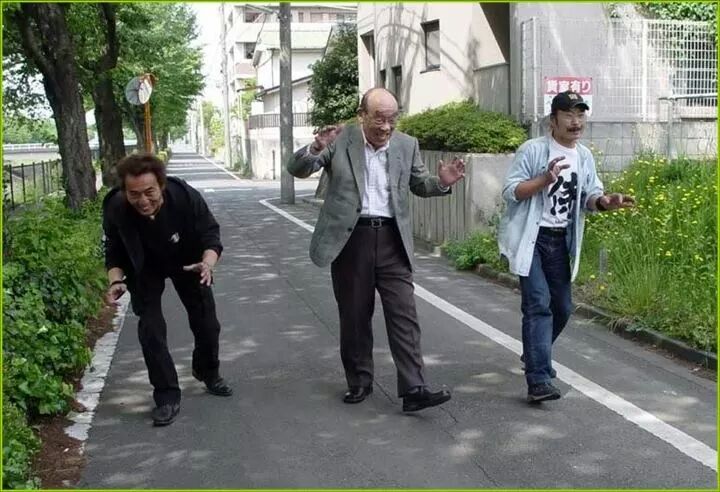 Another image that’s been all over the internet this week is this one, which I also don’t know the origins of. Pictured are three of the actors who portrayed Godzilla in the original Japanese films, back in the days before CGI replaced rubber suits. Truthfully, I’m not into Godzilla enough to know the names of the actors or which of the films they each appeared in, but I do know that this image is pretty awesome. 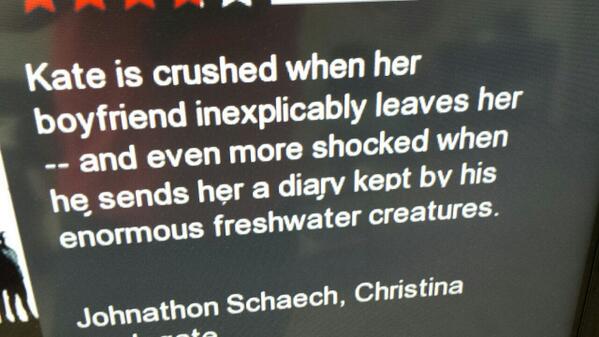 And finally, there was a fairly humorous glitch on Netflix’s instant streaming service this week that led to the plot rundowns of different films becoming merged with one another, and someone snapped a screen-grab of this mash-up between the romantic drama Suzanne’s Diary for Nicolas and Animal Planet’s show River Monsters, which gave me a laugh. Now that’s a movie I’d pay good money to see!