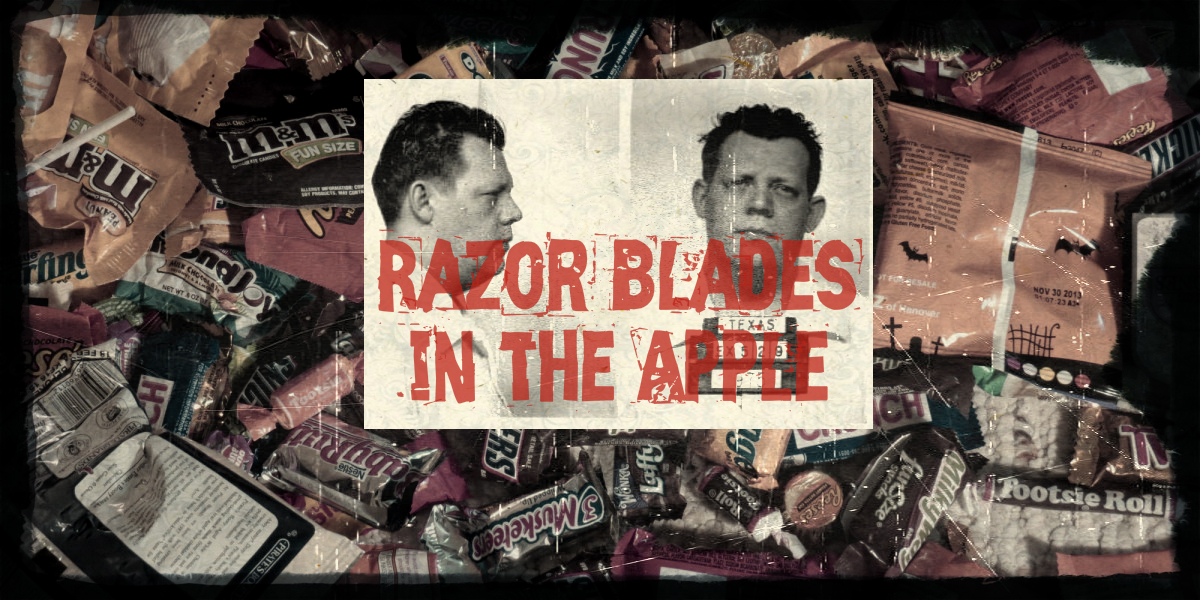 Halloween is right around the corner! You’ve hopefully selected your costume and are prepared to enter the Halloween Love Costume Contest. You’re likely excited for all the parties you have lined up, but if you’re a parent, there may be something less cheerful weighing on your mind: poisoned candy or candied apples stuffed with razor blades. 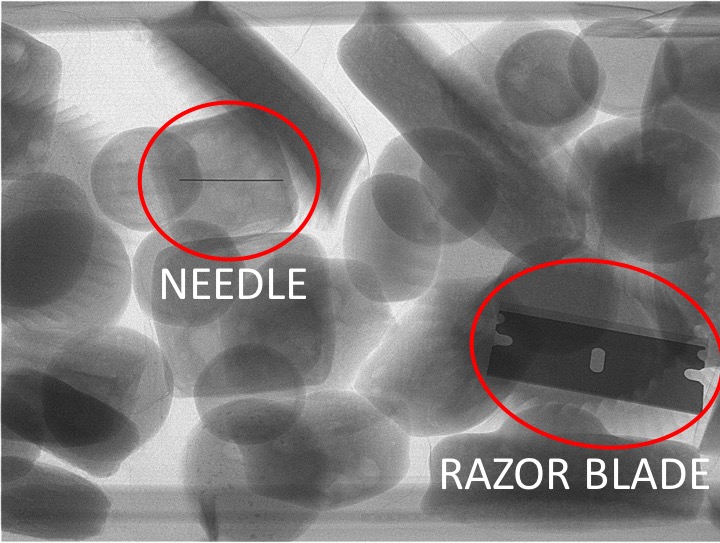 You’ve already informed your child that you will be inspecting their trick-or-treating haul before they indulge themselves with all the sugary, tooth rotting goodness. Perhaps your local hospital even offers free “x-ray” services to scan your child’s candy pail? After all, there are reported cases of tampered candy every year…right?

No, not really. At the end of the day, tampered candy is a very rare occurrence. Let’s take a look at the history of this urban myth.

Where it All Began

Dr. William Shyne, a California dentist, handed out around 450 laxatives to unsuspecting trick-or-treaters on Halloween of 1959. While it would seem laxatives are far from a deadly prank, there were at least 30 children with extremely clear colons that night and one who was reportedly hospitalized. No one knows why the dentist chose to emphasize “trick” over “treat”, but the damage was done. The myth of tampered candy began to spread.

Kevin Trost, a five year old from Detroit, went into a coma and died on Nov 2nd. The cause of death was a suspected heroine overdose. The drug was found sprinkled on the child’s Halloween candy. Was this the first true case of poisoned treats ending in death?

Police later determined the child had accidentally ingested the heroine after finding his uncle’s stash. In an attempt to cover for the man, the family staged the tampered candy to try and fool authorities. It didn’t work, but not before news reports of the dangers of trick-or-treating had already aired.

The most notorious case involved an 8 year old boy from Texas who passed after consuming Pixy Stix laced with cyanide. The child’s parents were grief-stricken. The father, who had taken the son and a few of his friends out to trick-or-treat the night before, attempted to help police find the house where the Pixy Stix were given out.

It only took a few days for investigators to locate the true culprit, the boy’s father. Not long before Halloween, the man had taken out life insurance policies on both of his children. He was said to have boasted to co-workers that his financial situation was about to take a turn for the better. The man, Ronald O’Bryan, was convicted and sentenced to death after a mere hour long jury deliberation. He was executed in 1984. 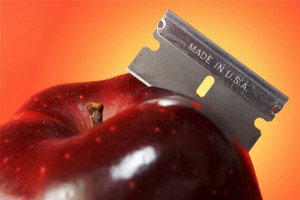 These cases led to panic among parents throughout the 80’s, fearful their children could become potential victims to a twisted mind. This was one of the reasons that my very own parents didn’t allow me to trick-or-treat for much of my youth. The fact is, that despite no recorded cases of death caused by poisoned candy from a stranger on Halloween – the myth lingers. It’s still perpetuated by the media.

Several cases of child-death on Halloween were attributed to tampered candy on local news stations despite ultimately being due to natural causes or pre-existing conditions in the child’s health. Instances of needles or razors being detected were also discovered to be pranks perpetrated by the children who “found” the tainted treat to begin with. “If it bleeds, it leads.” What better way to stir up controversy than focus on a terrifying concept tied into the spookiest night of the year that only stands to taint the innocence of childhood trick-or-treating? Here is a report from only a few years ago on the subject:

Ultimately, there is nothing wrong with inspecting your child’s candy for holes in the packaging or strange residue. It doesn’t make you a paranoid freak, but dragging your child to a local hospital to have each piece of candy x-rayed is much more likely to frighten your tiny-tyke than uncover some stranger’s insidious attempt at slicing their mouth wide open. Though, it does seem that the parental panic has quieted somewhat in recent years; I searched but could not find any “candy screening” services in my local area.

At the end of the day, most urban legends are based on some form of the truth. Those facts are then manipulated and blown out of proportion, turned into something horrifying that seems all too possible. With today’s day and age of social media and news as entertainment, it’s only a matter of time before the cycle of fear starts up all over again.

Just a final word of caution: If anyone ever gives you an apple while you’re out trick-or-treating, pass! Who gives out apples anyway? No matter what, be safe and be smart. Happy Halloween!