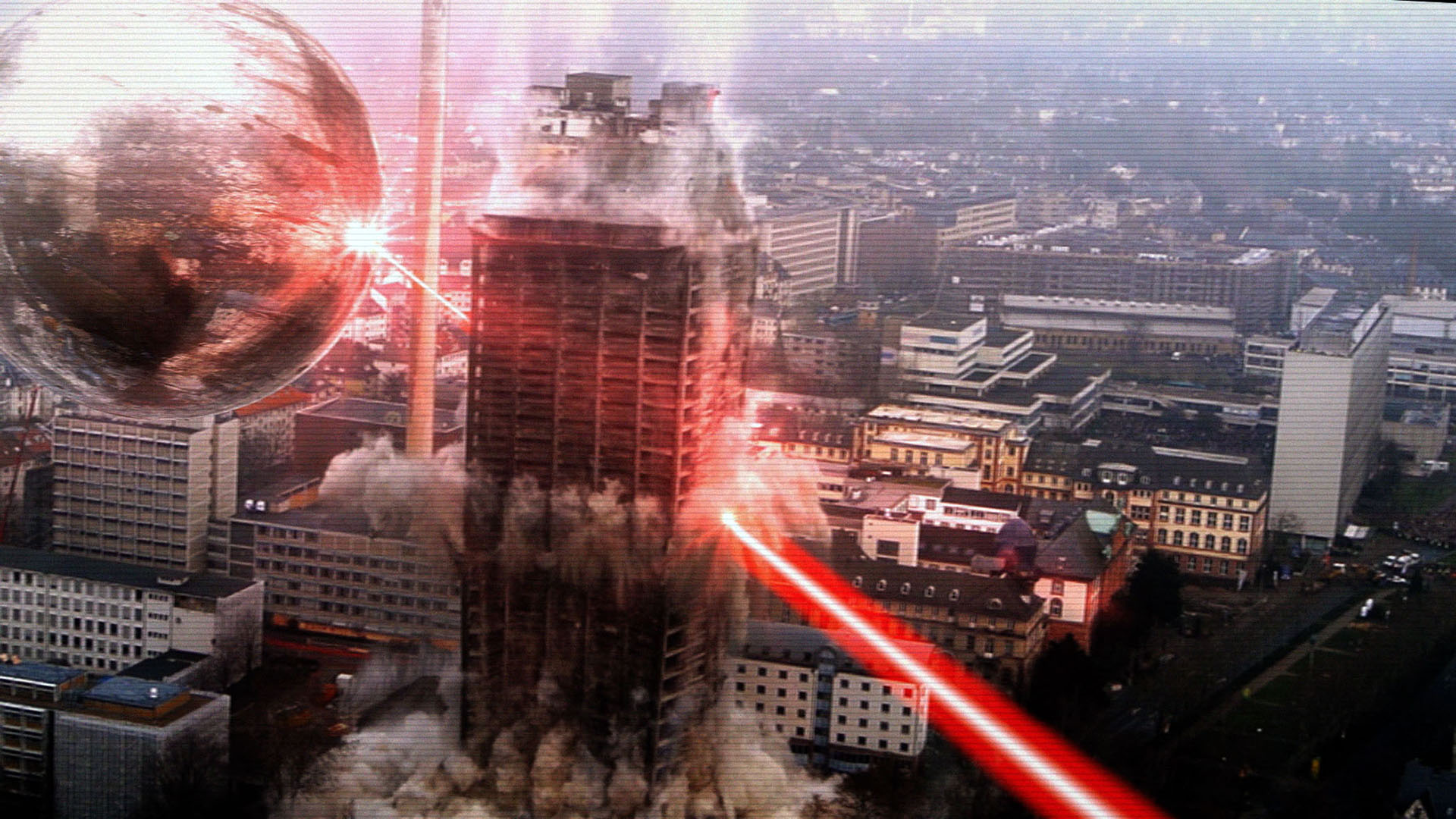 This is a huge year for die-hard fans of the Phantasm franchise, not only have we been treated to a new 4K scan of the original 1979 masterpiece but we also get to finally see the fifth and (supposedly) final installment in the series, Ravager. An epic horror franchise, spanning thirty-seven years and five movies, comes to a close with the final performance of the great Angus Scrimm as The Tall Man. Unfortunately, that’s basically all this film offers, one last hang out with Mike, Reggie, Jody, and Jebediah.

Once again picking up right where the last film left off, we open on an aged, beaten, and battered Reggie walking aimlessly through the desert. He’s hot on the trail of The Tall Man, as well as Mike, and he won’t stop until his four barrelled shotgun gets a chance to end it all. The stakes have been raised this time around, however, as The Tall Man has released his plague of silver spheres and the undead onto the world. It is now a last ditch attempt at stopping him before he is able to consume our entire planet.

Ravager manages to hit basically all of the beats we have come to expect from a film in this franchise. The Tall Man has inexplicably returned and with more silver spheres and an army of the undead. The movie is also constantly messing with your head and what you believe to be true or untrue, forcing you to work out what is actually happening and what is just a projection from The Tall Man. This is a nice callback to the previous movies but at times gets a little tiresome, there are only so many “what’s real and what isn’t?” moments I can handle.

What makes this fifth story worth it is the time we get to spend with all the beloved cast we’ve come to know so well. A. Michael Baldwin is back once again as Mike doing a fine job and Reggie Bannister reprises his role as the ice cream serving, ponytail having, four barrel shotgun-wielding badass. The two clearly had a blast reprising their lifelong roles for one last time.

Rent this movie to see the final performance from Angus Scrimm though, he didn’t lose a step in his old age and was still able to be as terrifying and intimidating as ever. He gives what is easily the best performance of the movie, reminding us immediately why we fell in love with him in the first place. Unfortunately, Mr. Scrimm passed away earlier this year so we are truly lucky to have this final go around with him as The Tall Man

I’m saddened to say that is just about everything that worked for me, I went in wanting to love this with every bone in my body but that just wasn’t possible. Aside from bringing back together a great cast of characters we are all familiar with, this movie offers little to nothing else. They add some new faces too, all of which fell flat for me due to bad dialogue and almost no characterization.

Don Coscarelli not only created this franchise, but he directed the first four movies in it. He passed on those duties to animation director David Hartman this time around and I can’t help but believe this is what was missing from the film. Phantasm flicks have always looked incredible while being done on a shoestring budget, this was Coscarelli’s craft. Without his direct influence behind the camera, Ravager is a dirt cheap movie that looks dirt cheap.

Whenever I found myself actually starting to get hooked into the story I’d come to a scene that looks like something out of an afterschool special. I tried to keep telling myself that this series has always been done on a nothing budget, but when I look back on all four films that came before it, it looks laughably bad. This is all without mentioning the CGI, which is understandably underwhelming, but what’s the excuse for the rest of the movie?

Let’s talk about the CG effects though, as the trailer for this movie promises some epic action when we see a giant silver sphere destroying skyscrapers with a giant laser. Well, that’s the money shot of the movie as far as digital effects are concerned. That minute and a half of destruction is the best this movie looks, while everything outside of that sequence looks like bad, late 90’s effects. It’s fine, I wasn’t expecting blockbuster level action set pieces, but some shots are hard to watch due to poorly done CGI.

Coscarelli has such a talent for making cheap films look incredible and I can’t help but wonder how different this would have looked with him behind the camera again. Instead, this movie looks like a Phantasm fan film made for YouTube. It legitimately feels like they made this movie while hanging out on weekends, just for the hell of it. That would be fine if this were an extra on a Blu-ray, but as a feature film, this offers little that we haven’t seen done better in previous iterations of the series.

Any long-time fans of the franchise should certainly give this flick a shot if only to see Scrimm’s final, and fantastic performance. I can’t see this movie being accessible to anyone who isn’t familiar with the entire series, though, as it was made for the fans, now if they only let us throw some money at it too. This movie could have seriously improved itself with a slightly bigger budget. Regardless, you can rent Phantasm: Ravager now on all major VOD platforms and it hits select theaters this Friday, October 7.