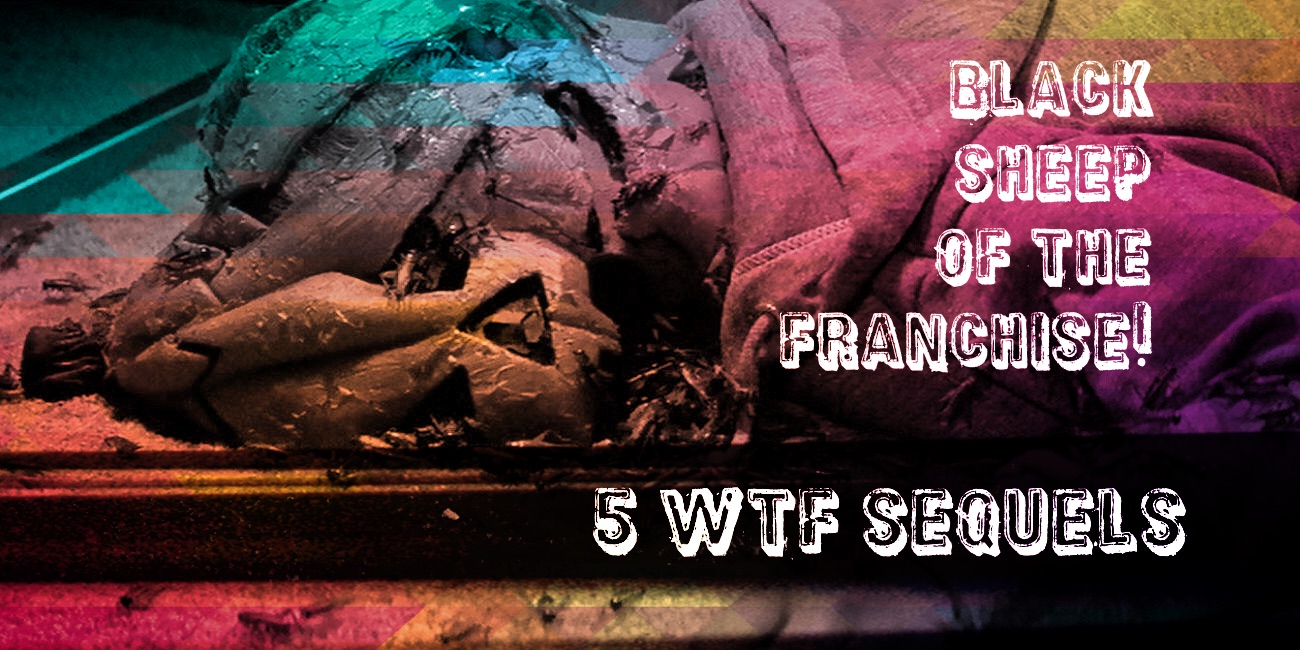 Let’s face it, our favorite horror franchises love to repeat themselves. Take a look at Friday the 13th for instance: Nubile teens in the woods? Check. Copious amounts of sex and drugs? Check. A vengeful paramedic killing them off one by….wait, what?! That’s right, every now and then the filmmakers behinds these series decide it’s time to try something new. Of course, us fans embrace them no matter…wait, no?

Okay, so usually fans don’t appreciate Hollywood producers trying to mess with their franchise recipes. That’s how we end up with the “Black Sheep” of the franchise, the one film that just wanted to be different – that thought maybe it was too cool to play with all the others. I’ve decided to round up 5 different “Black Sheep”, those franchise entries that just stand out from the rest. Here we go!

Friday the 13th: A New Beginning 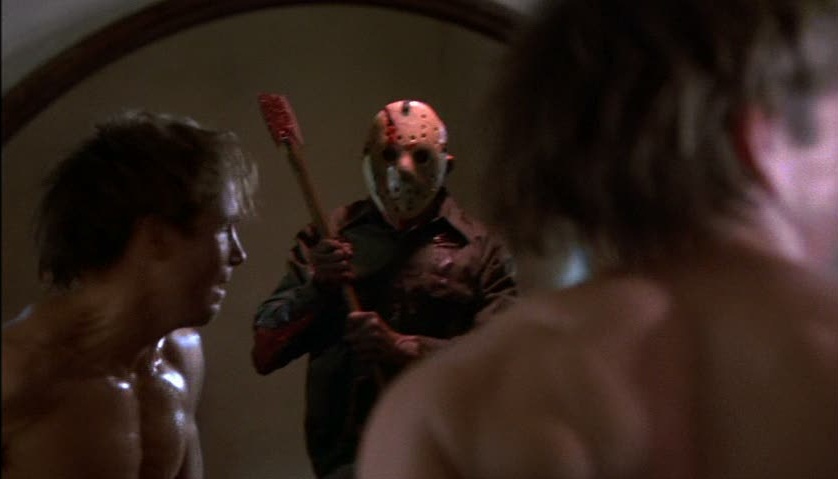 When it comes to Friday the 13th there were several options for picking a Black Sheep. On the one hand we have a demon slug monster and a cyborg makeover in space, but I decided to keep my choice pre-New Line cinema (we may revisit those other entries somewhere down the line).

Why is it a Black Sheep: It’s a Jason film without Jason! After one kid goes psycho in the halfway house and chops up the annoying dude munching on a chocolate bar, the bodies start dropping like – well, like they normally do in Crystal Lake. Only this time, it turns out the killer is dead chocolate bar guy’s pissed off farther. He’s donned a hockey mask (with blue stripes instead of Jason’s typical red) to copycat himself through a murder spree. I personally enjoy this entry, but upon it’s release and after “the big reveal”, fans were not happy. Paramount rushed to get Friday the 13th Part 6: Jason Lives into theaters the following year…with Jason , of course, back in action. 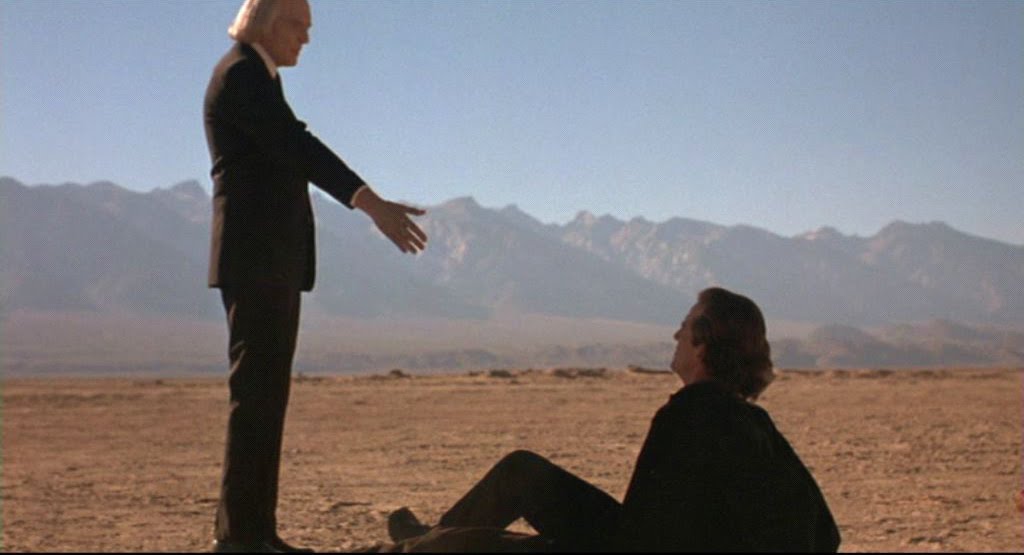 Everyone is in a Phantasm frenzy with the release of the fifth and final film this week, but even this beloved franchise has its own Black Sheep. Since the films aren’t the most straight forward narratively, they could typically get away with almost anything, but Oblivion is the one that most fans generally write off.

Why is it a Black Sheep: After heading to the DTV graveyard with the third film, Don Coscarelli decided to go back to the original’s roots by making an extremely low budget, scaled back sequel. That’s all well and good, but the use of of deleted scenes from the first film and over use of the series’ inter-dimensional time shifts left even the most extreme phans scratching their heads. What did it all mean? Why was there a Sentinel in Mike’s head? How is Mike still alive after having said Sentinel ripped from said head? Did Coscarelli even know when he was making this film? (I still like it, though) 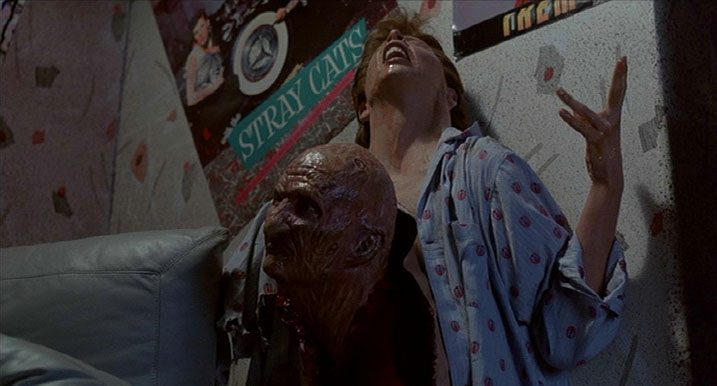 Wes Craven’s original film was a true game changer. It practically put New Line Cinemas on the map, hence the name “The House that Freddy Built”. So, it’s no surprise they wanted a sequel to the smash hit right away, only Craven was busy working on other projects. They moved ahead without him, and this is what we got.

Why is it a Black Sheep: Freddy’s Revenge is a super fun (and really homoerotic) movie, but it’s clear that New Line had no idea what they had in the character of Freddy just yet. They don’t follow any of the previous film’s rules: Freddy can now possess people, be defeated by love, and attack people when they’re awake. New Line even tried to recast Robert Englund with a stunt guy in a mask! Needless to say, after one day of shooting with “faux Freddy” they had Englund back on set pronto! It wasn’t until the next film, Dream Warriors (arguably the best sequel in the franchise), brought Craven back to write and produce that audiences were given the Freddy they had originally loved to fear, and the series was back on track.

Texas Chainsaw Massacre: The Next Generation 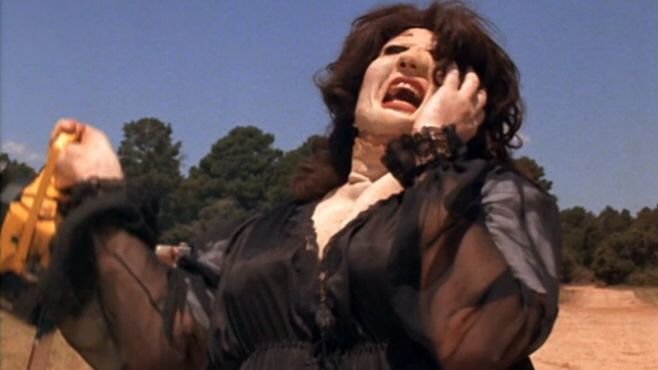 Why is it a Black Sheep: This film is almost unanimously panned by fans and critics alike. I’ve considered giving it a re-watch recently, especially after reading John Squire’s analysis of the film here and interview with Henkel here, but ultimately the film goes way too far off the rails. Leatherface goes full on drag (pictured above) and the plot somehow involves the Illuminati?! This one was practically buried by fans after its release.

Halloween 3: Season of the Witch 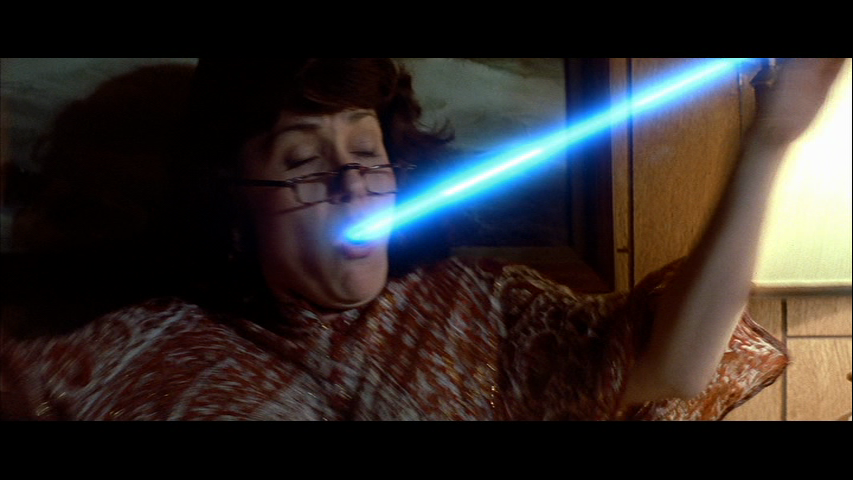 John Carpenter was no longer interested in continuing the adventure of Michael Myers and Laurie Strode, but producers wanted to make some more money. What’s a guy to do? Well, Carpenter decided to turn the Halloween series into an anthology. Each film would tell an entirely new story centered around the holiday. Cool.

Why is it a Black Sheep: The only problem with that is audiences were expecting The Shape back in action with a big ol’ butcher knife. What they got instead was the story of an evil mask maker intent on destroying the nation’s children for blood sacrifice by having them tune into a commercial on Halloween night that would activate a chip in their masks made with pieces of Stonehenge, thus melting their heads into puddles of snakes and bugs. Don’t forget to breathe after that synopsis. Oh, and there’s some robots and shit too. This film is insane and was a total bomb at the box office. After it went bust, only a few years later, producers brought us Halloween 4: The Return of Michael Myers. Return he did, and so did the box office cash.

To be completely honest, I love Halloween 3! It’s crazy, and just so much fun. It’s the perfect film to capture the Halloween season. Just watch this clip below and tell me if you don’t agree.

If you’re still there and haven’t disintegrated into a festering pile of insects, tell me, what’re some of your favorite Black Sheep of the Franchise?