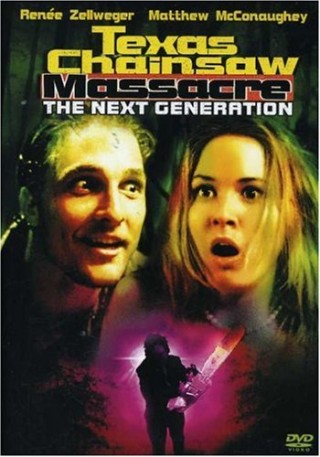 And I can’t really say I disagree, on either count. It’s not very good. But is Texas Chainsaw Massacre: The Next Generation a complete and utter turd, or is there more to this whacky fourth installment than meets the eye?

This was a question I couldn’t help but ponder after a recent viewing of the film, when I decided to revisit it for the first time in many years. And my plans for this piece were to answer the question with both my personal opinions as well as insight from writer/director Kim Henkel, who I was put in touch with courtesy of a friend.

Unfortunately, after spending hours coming up with questions for Henkel and pondering the many perceived mysteries of his oddball entry in the Chainsaw franchise, the interview was ultimately shot down, when Henkel decided that he just didn’t care to talk about the movie. A bummer, for sure, considering I was intending on writing perhaps the very first positive think piece about the film that’s ever hit the net.

In any event, I’ve spent a good deal of time digging deep into the movie, and I don’t intend on letting that time go to waste. So though we perhaps may never know what the hell Henkel was thinking when he wrote the movie, or what he was trying to say with all the madness on display in it, I wanted to share my personal take on the film, and my interpretation of some of its more bizarre aspects.

First off, I must make it clear right off the bat that The Next Generation is indeed a cinematic turd, no matter how you slice it. It’s not without its charms, which mostly come courtesy of Matthew McConaughey’s whacky early-career performance, but I’d be lying if I said that I think higher of it than most horror fans do.

So make no mistake here; I’m not trying to say that the film is a misunderstood masterpiece, in any way, shape or form. What I am suggesting, however, is that it’s a more interesting movie than most give it credit for, and it’s my belief that Henkel was trying to say something that he didn’t quite clearly express.

Allow me to explain…

In the early going, Texas Chainsaw Massacre: The Next Generation is a pretty generic rehashing of the general framework of Tobe Hooper’s original film – which Henkel co-created – and there’s little of interest in at least the first hour of the movie. Where things do get interesting is right around that hour mark, when Leatherface family member Darla pulls aside Renee Zellweger’s character Jenny, and exposes the inner workings of her twisted family.

It’s Vilmer’s (McConaughey) job to kill people, Darla tells Jenny, going on to say that Vilmer works for a top secret agency that runs everything behind the scenes – a group that even orchestrated the murder of President Kennedy. “Nobody knows their names,” she says, “and that’s who Vilmer works for.”

It’s a quick little scene that could easily be disregarded as the pointless ramblings of a crazy person, and it’s one that I personally never thought much of, given how uninterested in the film I was during my initial viewing. But it’s certainly not the only scene that suggests Henkel was trying to say something quite interesting with the film, whether anyone heard it or not.

Very shortly after that scene, Jenny and Vilmer have a conversation of their own, where Jenny comes to the realization that there’s a reason she hasn’t yet been killed. “You want me alive for some reason,” she says to Vilmer, to which he responds, “Smart girl… we’ve got ourselves a smart girl.”

What does it all mean? Why does Vilmer want to keep Jenny alive, and what’s all that nonsense about him working for a secret agency? 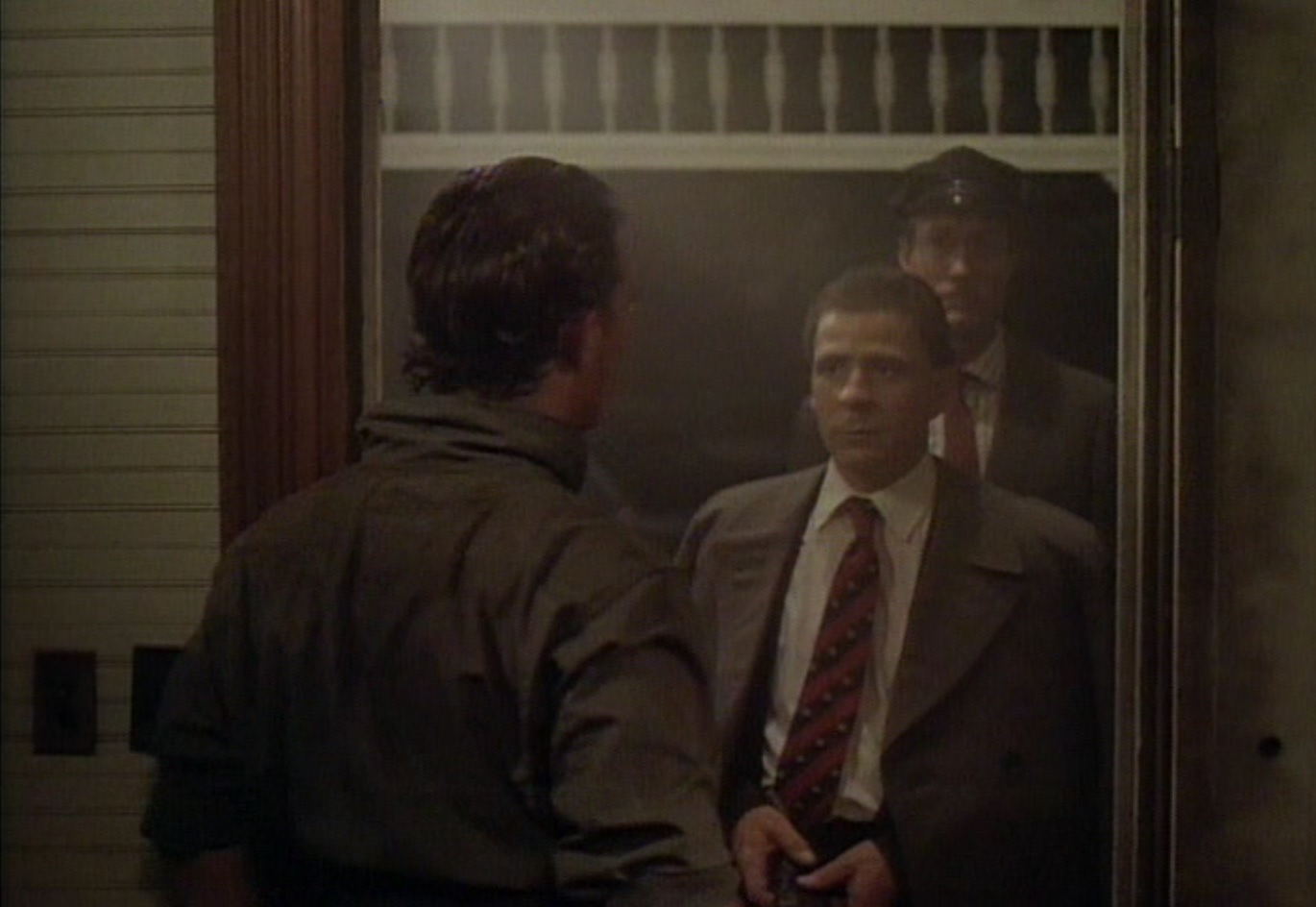 Well, those questions are somewhat answered ten minutes later, when two men in suits unexpectedly appear in the Leatherface house – interrupting the family’s plans. It’s clear that Vilmer knows the men, and their appearance seems to suggest that what Darla said earlier was entirely true; these are the men Vilmer works for, who apparently pay him to kill people.

One of the men calms down Jenny, tells her everything’s going to be fine and then chastises the family for their actions, seemingly unhappy with how out of hand things have gotten. “This is appalling,” he tells Vilmer. “You are here for one reason and one reason only. Do you understand that?”

“It’s very simple,” he continues. “I want these people to know the meaning of horror.”

Perhaps the most telling scene in the film takes place at the very end, after Jenny survives her horrific ordeal, and Vilmer is killed. The mysterious man in the suit picks up Jenny in his limo and again ensures her that everything is going to be alright. Though he’s clearly working with the family, he lets Jenny get away unscathed, telling her that the whole ordeal has been an “abomination,” and that it was supposed to be a “spiritual experience.” 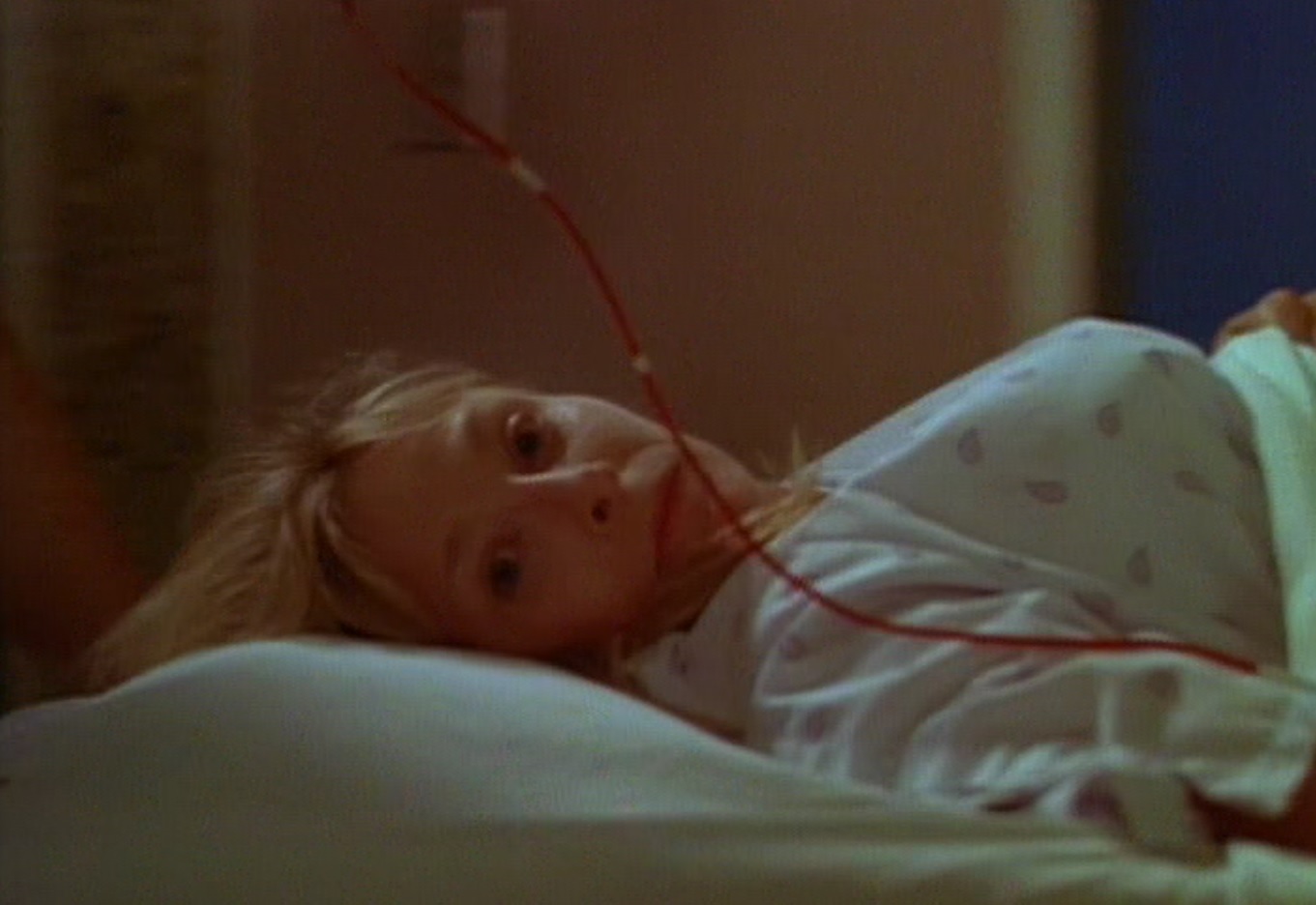 He gives Jenny the option of going to the local hospital or the police station, and Jenny chooses the former. While there, a police officer tells her that this isn’t the first time something like this has happened, and a woman is wheeled passed her on a gurney. That woman is the original film’s Sally Hardesty, with actress Marilyn Burns reprising the role for a brief cameo. She’s clearly in a catatonic state, and is wheeled off as the film’s end credits song begins to play the movie out.

So again I ask; what does it all mean, if anything?

The way I see it, The Next Generation is a sort of proto-Cabin in the Woods, tapping into many of the same ideas that Cabin went on to much more effectively tap into, nearly 20 years later. Much like in that film, it’s businessmen in suits who are running the show behind the scenes, essentially creating their very own real-life horror movie. Their intention? To push human beings to the absolute brink of horror, as a sort of sick and twisted experiment.

As Jenny states in the movie, it’s obvious that nobody in the film has any intention of actually killing her, much the same way the original film’s Sally was seemingly being kept alive for a reason. In fact, each of the Chainsaw sequels has a ‘final girl,’ and I can’t help but feel that Henkel was trying to convey the idea that Leatherface and his family have always been working with this secret agency, utilized for the purpose of seeing how far a human being could be pushed, and testing out the after effects of such horror.

Sound crazy? Well yea, of course it is. But it kinda works when you go back and watch the other films in the franchise, and it quite clearly seems to be what Henkel was trying to say with his maligned fourth installment. It’s evident to me that the secret agency was using Vilmer and the clan to make a final girl out of Jenny, and that the plan was never to actually kill her – perhaps the plan was never to kill any of them, which is why the businessman was so upset about how out of hand things had gotten.

Lending even more credence to this theory is the fact that Vilmer’s truck has the word ‘Illuminati’ written on it, which is a name commonly used to refer to secret groups like the one that’s controlling the events of Next Generation. At one point Vilmer even tells Jenny that he likes to “throw in a little extra, to let them know it’s not Saturday Morning Cartoons,” referring to the fact that he’s putting on a show for someone. 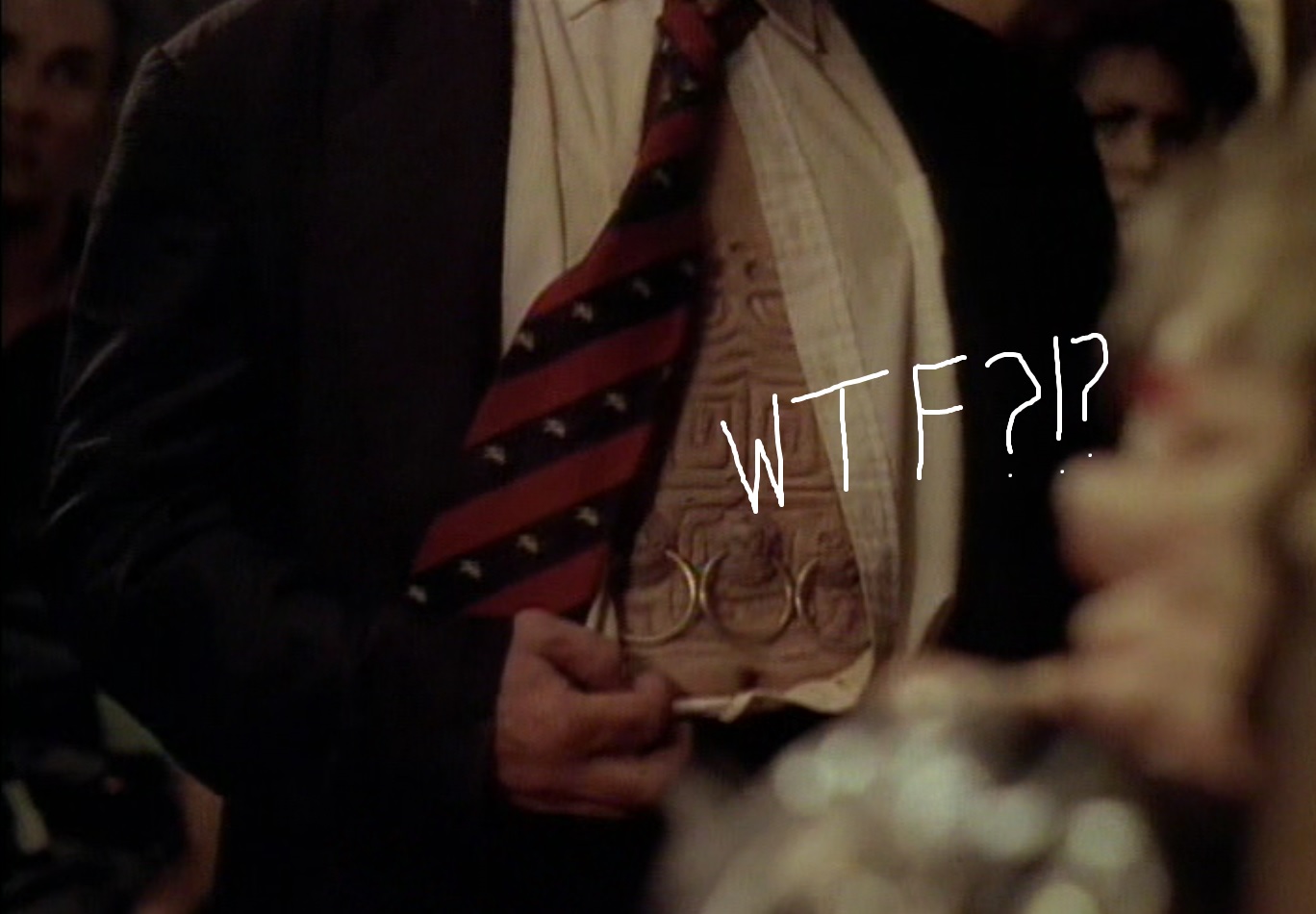 One aspect I’m a bit unsure of is the fact that the man in the suit has a very strange inhuman torso, outfitted with several nipples on his belly, which is something I was really hoping Henkel would help clarify for me. The only thing I can think of is that Henkel was trying to show that the man wasn’t quite human, but rather some alien being who was sent to Earth to conduct these sick human experiments.

Of course, this is just a fan theory, and ultimately the only one who can truly shed light on the secrets of the film is Kim Henkel, who to my knowledge has never answered any of the questions I sent his way last week. So Kim, if you ever do read this, I’d love to at least know if I’m in the right ballpark here, even if you don’t want to have an in-depth discussion about the film.

Though it’s ultimately a turd, Texas Chainsaw Massacre: The Next Generation is no doubt an interesting film, which is more than I can say about the majority of horror films that are universally hated by fans. Effective or not, the movie seems to serve as a commentary on horror films, and one must at least give Henkel some level of credit for the attempt.

Misunderstood masterpiece? Far from it. Misunderstood film that’s worth another look, with a fresh set of eyes? Yea. I think so.