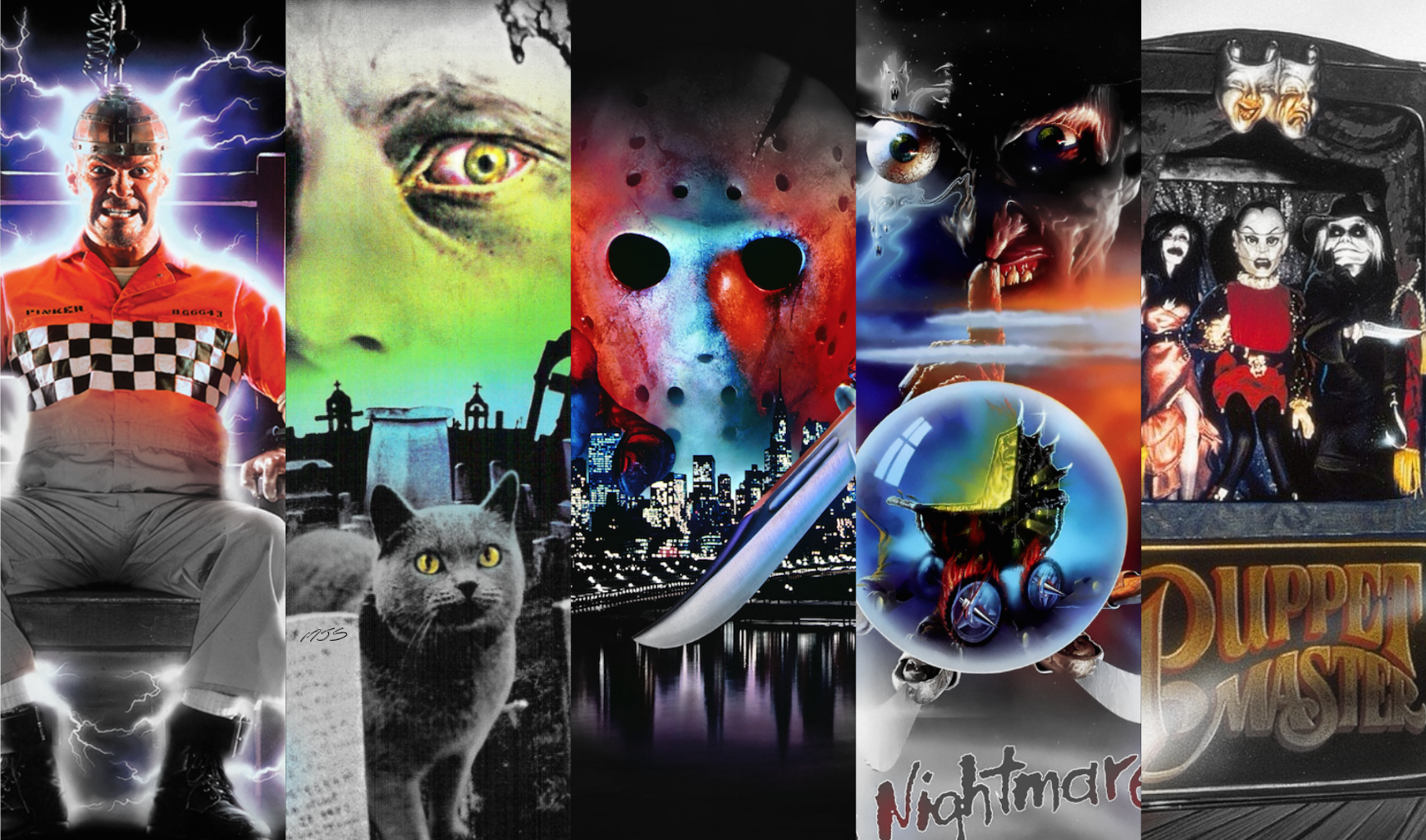 Today we reach 1989, a year littered with tired sequels and forgettable original movies. The 80s ended with a whimper for the horror genre, but the 90s were on the horizon, and things would soon improve considerably …

Shocker is Wes Craven’s forgotten middle child. An underachiever who gets no attention because of its much more successful older and younger siblings. It’s not a terrible movie, but it sure as hell isn’t a particularly great one either. Mitch Pileggi’s aggressive and brutal performance as Horace Pinker is the highlight of the film, and in general it still retains a certain late 80s charm.

I expected this to be painfully average when I shoved it into my VCR many years ago, but 90 minutes later I was left thoroughly entertained and satisfied. The creativity is highly impressive, and some of the puppet designs are very cool and nicely menacing, with Blade in particular standing out. I haven’t seen ANY of the many sequels that followed, but this original remains a firm favorite of mine.

A Nightmare on Elm Street 5: The Dream Child.

I think it’s fair to say that Dream Child was the moment where Freddy and the Elm St. franchise finally started to run out of steam and ideas. Visually it’s a good-looking movie, and there was possibly an interesting story here if they had worked on it for longer, but the finished product was, and remains, a disappointment. The fact I’ve been able to include it on this list just highlights how weak the horror genre was during 1989, and I’ve selected it simply because it still has the power to make me remember it fondly, despite being a bit shit. I was obsessed with Freddy back then, so ANY new movie was a big event for me.

A very creepy and disturbing little horror movie that ended up being one of the better adaptations of a Stephen King book. I never got around to watching this during my VHS rental years, but that’s probably for the best as I don’t think my younger self would have found it particularly enjoyable. The horror here is more personal and intense, and as a father to two young children I now find this a movie that forces me to ponder questions in my head as I watch it. Pet Sematary is seriously depressing, but it’s also seriously good.

Another sequel I’ve been able to include due to the fact 1989 was a barren year for high quality horror. A lot of people will tell you Jason Takes Manhattan is a steaming pile of crap, but back in the day I LOVED it, and I must admit it still holds a special place in my horror loving heart. Kane Hodder was pulling on the mask for a second time, and he delivers a performance that deserves a LOT of praise and respect. Some of the kills are inventive, and Jason’s brief pause at the centre of Times Square is a classic franchise moment.