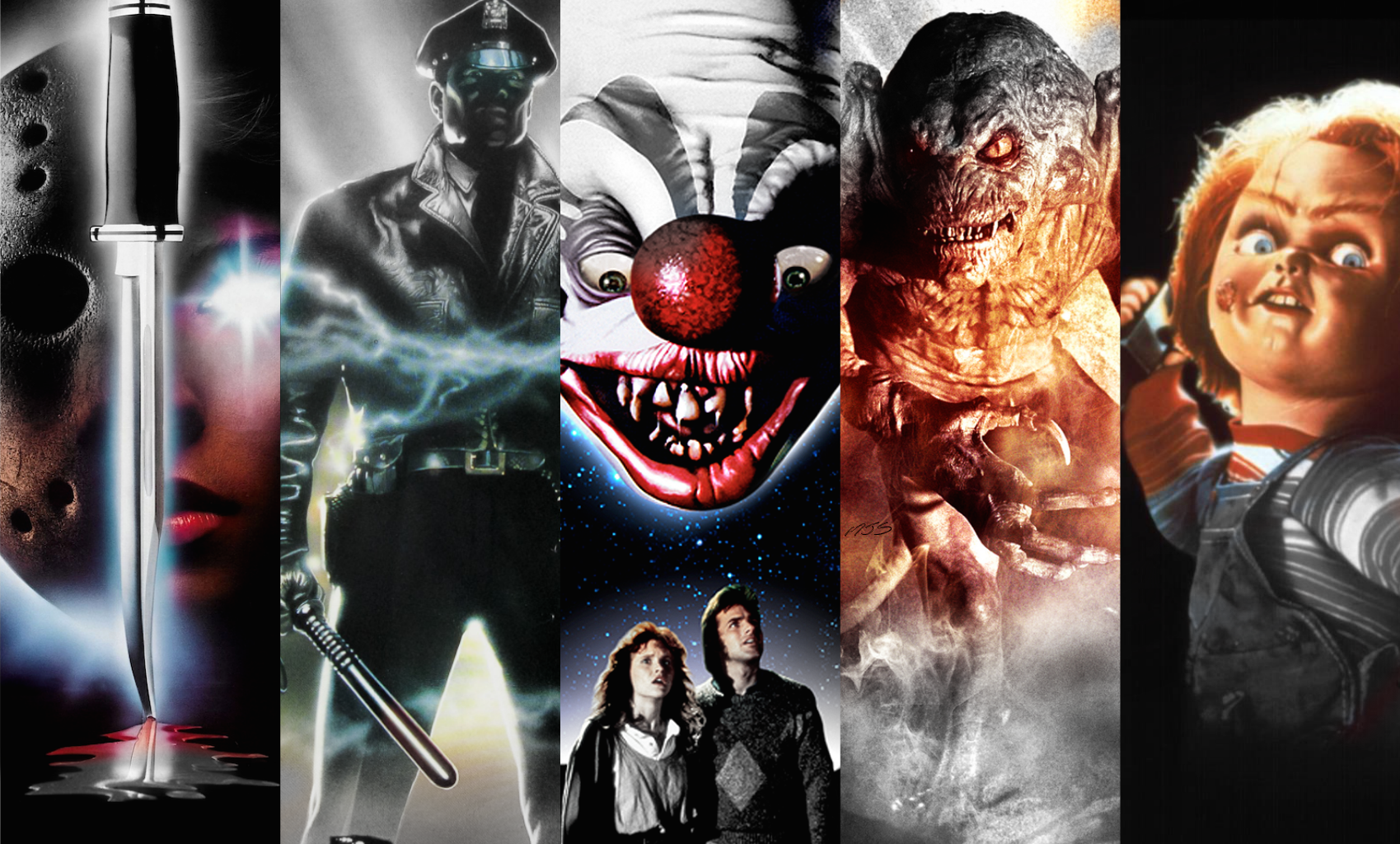 The first time I watched this I expected NOTHING from it, and was convinced it would just be another enjoyably awful and forgettable little horror movie. The truth is Maniac Cop really strives to be more than that, and I remember coming away from it feeling I’d just watched something that was almost very good. In any other year it probably wouldn’t have made my top 5, but 1987 wasn’t exactly overflowing with genre classics, and for effort alone I’ve always admired this unusual slasher film.

Stan Winston’s directorial debut is a swirling blend of revenge movie, monster movie, and modern horror fairy tale. I recently revisited it for the first time in years with some trepidation, fearing it would have aged VERY badly, but I can honestly say I still loved it. The monster remains impressive visually, and once again Lance Henriksen delivered a performance that was mesmerizing.

Another choice that might raise eyebrows, but The New Blood was my favorite installment for quite a few years when I was a kid. It was Jason’s appearance that I became obsessed with, and when you have a talent like Kane Hodder under the latex and mask, great things happen. The story and characters aren’t particularly memorable, but the big dude looked SO fucking cool.

From those hilarious balloon dogs that were used to track down escaping victims, to the iconic cotton candy cocoons that contained a disturbing surprise within, this movie is easy to love if you give it a chance. There really is nothing else out there quite like Killer Klowns, and probably never will be unless we FINALLY get that rumoured 3D sequel. A creative and unique horror comedy that works hard to entertain you from start to finish.

I first heard about Child’s Play during an episode of popular British movie review show Film 88. The presenter was counting down the top ten movies at the American box office that week, and mentioned that the number one earner was a low budget horror flick about a serial killer who transfers his soul into the body of a large doll. A few quick clips from the trailer flashed across the screen, and I vividly remember thinking it looked and sounded awesome! Many months later I finally got to see it on VHS and it didn’t disappoint. I’m not really a fan of the sequels that followed, but the original was a smart and frequently unnerving film that many people couldn’t resist checking out.