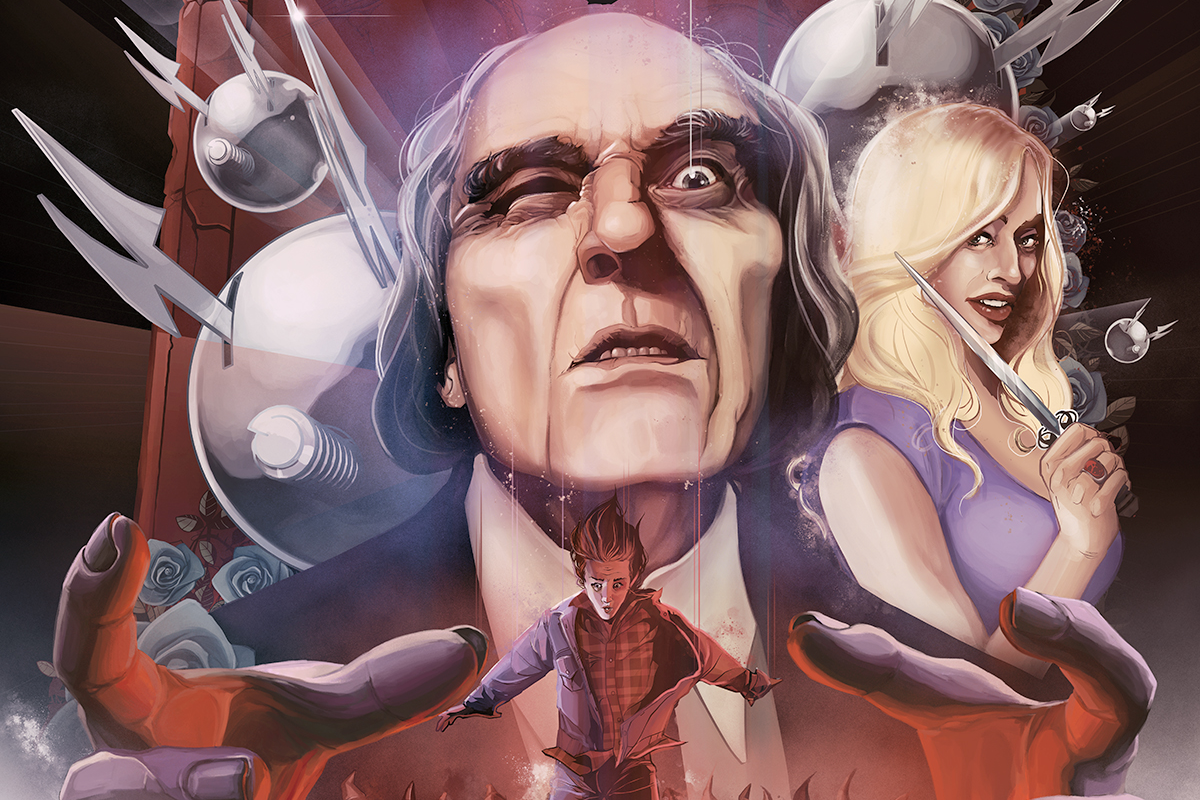 Today sees the long awaited release of Phantasm: Ravager on VOD after an almost 20 year wait from phans. We’re taking this opportunity to relive the franchise and it’s history this week on Halloween Love. I’ve already provided my personal ranking of the first 4 films (All Phantasm Films Ranked!), but today I want to take you into an alternate dimension (get it?) on a journey of what could have been…

The year was 1996, Roger Avery, high off of his Oscar win for writing Tarantino’s Pulp Fiction, set his sights on his next project; he’d be writing the sequel to Phantasm III: Lord of the Dead. That’s right, an Oscar winning screenwriter wanted to draft the epic conclusion of a mini-franchise whose previous installment was dumped direct-to-video. Don’t they all? No? Oh. 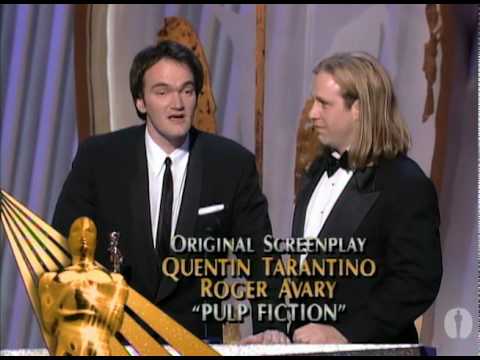 Needless to say, the fanboys (or phans) went ape-shit. This was going to be the most awesome, epic, gory, action packed extravaganza that they could have ever dreamed of…or so they’d hoped. As it tends to go in Hollywood when a dream pairing or big budget horror script is bandied about, the project is practically begging to die a slow death in development hell.

Remember Del Toros’s At the Mountains of Madness? Or what about Freddy vs Jason vs Ash? The truth is, those projects were just way too cool for us mere mortals. Their infinite awseomeness would have only proved too glorious for our eyeballs to handle. There would have been widespread hysterical blindness, audience members’ brains would literally melt. There would be panic in the streets! Okay…perhaps that’s a bit much, but it would’ve been pretty sweet to see these films completed. So what happened to Phantasm’s End, and just what would it have looked like?

After the release of Lord of the Dead, the stage had been set for one final showdown between Reggie, Mike, and The Tall Man. Avery set out to write that ultimate Phantasm film, originally entitled Phantasm 1999 A.D. It was to be a large scale, action/horror film that answered various long lingering questions while providing a satisfying end to the franchise.

Now apparently this script leaked several years ago. That said, I have searched high and low online for a copy but to no avail (if anyone knows where I might find a copy, please let me know in the comments below…I’ll be your besty for the resty). What I did find were several write-ups for what can be gleamed from within those pages, the best of which can be found here from a reader of AICN by the name of Tom Joad.

Tom’s breakdown of the script informs us that it takes place in “the furture” of 1999. The Tall Man has successfully obliterated the entire US except for two states: New York and California. The states are protected and quarantined by massive walls erected by the government, and everything in between is now known as “The Plague Zone”. 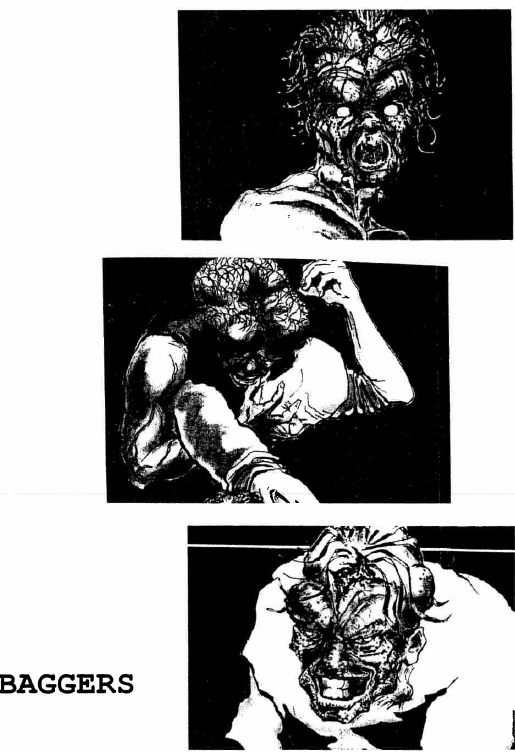 The story finds Reggie determined to flee the safety of New York in order to try and save his pal, Mike, from the clutches of The Tall Man one last time. He ultimately joins forces with a group of military men (one of whom was to be played by Bruce Campbell!) to infiltrate the multi-dimensional portal (the two metal cylinder thingies) and detonate a massive bomb, thus destroying The Tall Man’s world and bringing an end to his reign.

There’s also a new addition to the Phantasm universe by way of the “Bag Plague”. Those unfortunate souls who were left in the Plague Zone have been contaminated by a strange disease somehow spread from The Tall Man’s evil doings.

“The Bag Plague will cause the head of the contaminated to swell with infected cells, leading them to pulsate and swell with pus before exploding. Problem is, once they explode, they rain out a swollen head full of pus, infecting everyone who comes in contact with the Plague. Worse yet, their exploding skulls rocket bits of skull fragments out in a 360 degree spray, going so far as to pierce car doors.” 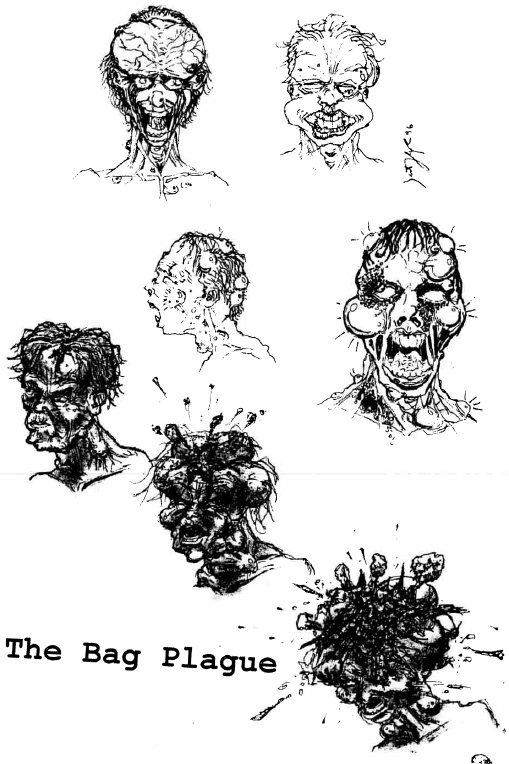 The screenplay sounds like it would have been a fun end to the series, but alas, it was not meant to be. (The two images above were found here along with another break down of the script.)

Apparently Coscarelli loved the script and was extremely eager to get the film produced. He was convinced they could bring Avery’s massive vision to the screens for only 5 million dollars. While that isn’t Avengers amounts of money, it would’ve been the biggest budget for a Phantasm film to date. Part 2 still stands as the most expensive in the series with a price tag of only 3 million. Nonetheless, they moved forward with preproduction and apparently even began storyboarding. 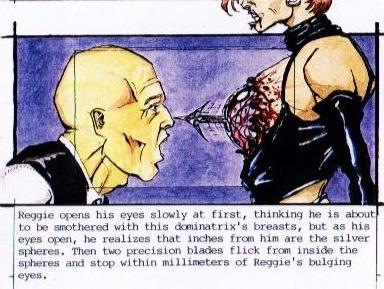 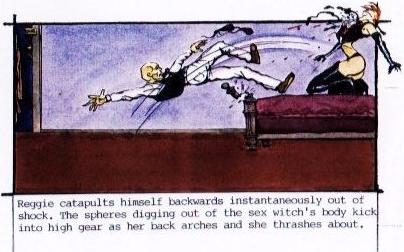 The above images were found here, on an ancient Angelfire site (yes, Angelfire!). There’s not a lot of information to go off of except that these apparently came from phanstamsend.com, a site which is no longer in existence. It’s hard to tell if these are in fact legit storyboard concepts, but I’m willing to believe they are. UPDATE — It’s been confirmed that these illustrations are official, and were created by concept artist Justin Zaharczuk. The images depicted certainly call to mind the “Titty Sentinels” we ultimately got in Phantasm IV: Oblivion. 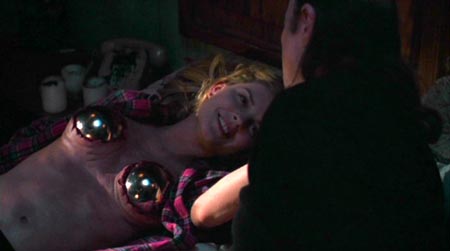 Phantasm was no Nightmare on Elm Street or Friday the 13th. While the original film made 12 million off a budget of only 300k, the returns on the sequels were much less. So, the idea of a big budget (for Phantasm anyway) return to the big screen was a hard pill for executives to swallow. Ultimately, Hollywood just didn’t seem that interested, and Coscarelli got tired of waiting. That’s where Phantasm IV: Oblivion comes in.

The filmmaker devised an ultra low budget sequel as a precursor to 1999. The idea was to make a film with the limited funds they had access to (around 700k) in order to keep the franchise in the pop culture consciousness while they still worked to get Avery’s script funded. 1999 was retitled Phantasm’s End and retooled to pick up where Oblivion left off. Of course, the fourth installment in the series did not set the box office ablaze and phans were left waiting for the Part V they thought would never come.

SIDE NOTE: There’s an interesting moment in Oblivion where “Faux Jody” tells Mike he should be careful as he explores one of the deserted towns. He says something to the effect of “you could catch the plague”. My initial thought was “Is Phantasm one big metaphor for AIDS?”…I’m still mulling that one over, but now I know it was a reference to The Bag Plague – a set up for Phantasm’s End.

From Reboot to Ravager

In March of 2005 it was announced that New Line Cinema was inking a deal with Don Coscarelli to produce a reboot trilogy of Phantasm films. The New Line exec spearheading the project was Jeff Katz, the man who finally got Freddy vs Jason off the ground. If anyone could have gotten this made at the time, it would have been Katz.

Details were still scarce. Phans weren’t sure whether they would bring back our favorite characters or if this would simply be a brand new story existing within the same universe of the original films. The next several days brought a flurry of varying reports. The three new films were to be “the Star Wars of horror”. It would center on Mike’s coming of age and his quest to defeat The Tall Man, and Bruce Campbell would play a pivotal role in the second and third films of the trilogy. Despite remaking Mike’s story in part, Reggie Bannister would still return in some “Obi-Wan” like capacity.

It all sounded like horror movie gold, but remember what we said about awesome things at the top of the article? Yep, it was never meant to be. Now, eighteen years later, we’re finally getting what is likely the final chapter, in the original timeline, of this storied saga. 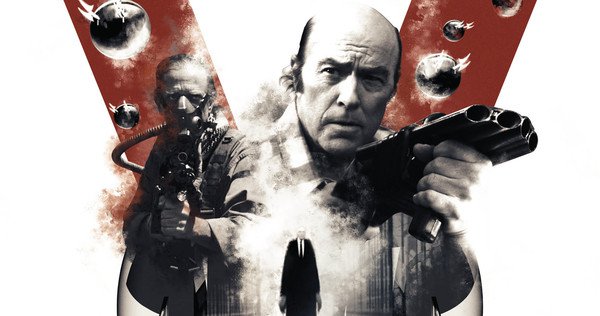 After so many false stops and starts, Ravager has a hell of a lot riding on its cinematic shoulders in order to satisfy the rabid and highly patient phanbase. Early opinions range from highly positive to some crying “amateur hour” (look for my review in the next few days). Once the dust has settled and all the opinions are out, we’ll still be left with the “what if” of Phantasm’s End. Don’t be surprised, though, if we get something akin to that epic New Line reboot several years from now. Phantasm might not be the most prolific of the great horror franchises, but I’m sure some variation on Mike and The Tall Man’s tale will be around to frighten and confuse generations to come.

Phantasm: Ravager is out NOW on VOD and in select theaters this Friday, October 7th!