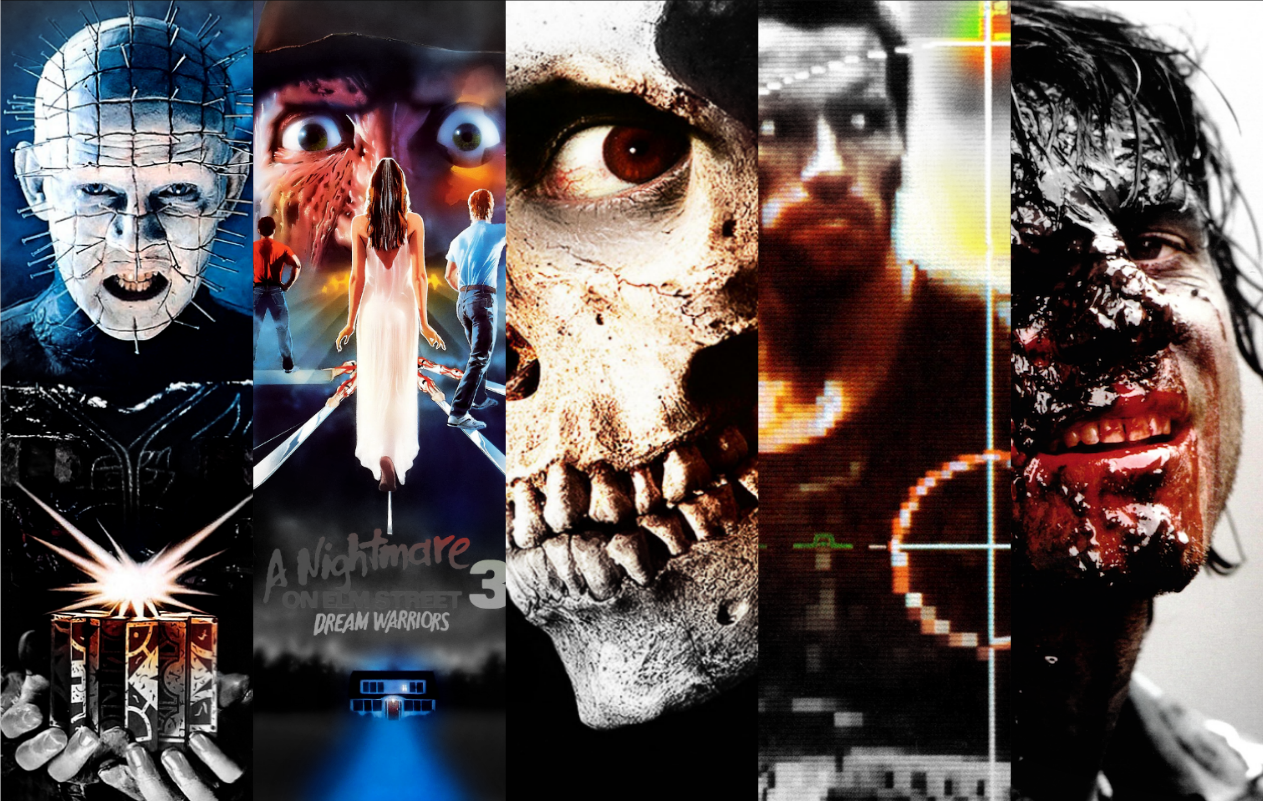 Arnie’s best performance? I think so. His bulletproof invincibility and legendary wisecracks were used in moderation, and what we got was a character who felt more real, professional and ultimately out of his depth when faced with Stan Winston’s ultimate alien hunter. It’s a tragedy that all these years later we still don’t have another movie featuring a Predator that isn’t a painful disappointment. Don’t let me down Shane Black!

A very likeable new young cast combined with returning stars from the original movie and together they made magic happen! Dream Warriors is more or less my favorite Elm St. installment, and this was the moment Freddy stepped from the shadows and fully embraced his destiny as a playfully deadly horror icon.

Perhaps the ultimate example of everything I loved about 1980s horror and the era of poor quality VHS home video watching. It made me laugh, it genuinely scared me, and by the end of it you felt exhausted and utterly entertained.

Up until the day I watched Near Dark for the first time, my only experience of vampires in movies had been Christopher Lee looking dapper while sucking blood. So, as you can probably imagine, Kathryn Bigelow’s dark and blood-drenched western with fangs was a surprising and exciting discovery. Plus it basically reunites half of the Aliens cast, which only adds to awesomeness to be found throughout. A beautifully shot movie that will trigger every emotion within you before the end credits appear.

I was very level-headed when I was a kid, and I think it was the main reason my parents allowed me to watch most movies I asked to rent. But looking back, I remember the one mistake they made was allowing me to watch Hellraiser with them one evening. I’d never seen anything quite SO bleak, unnerving, and relentlessly brutal … sleep afterward became an impossibility. Pinhead went on to become a horror icon thanks to multiple sequels, but it’s the original I remember and respect the most.