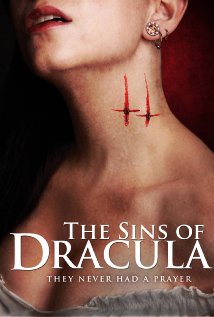 Scorpio Film Releasing has yet to put out a film that I didn’t love. Home of films like The Disco Exorcist and Nun of That, the Michael Varrati penned The Sins of Dracula was one of my most anticipated films of 2014. My wait was not in vain, as the film is absolutely everything I love about cinema rolled into one fun, entertaining, and incredible package.

Our story begins when Billy, a young man of faith, joins the local theater group. Our church-singing hero soon discovers that these aren’t just your average musical theatre kids, but also a secret cult of Devil worshipers who are hell-bent on using innocent blood to resurrect Dracula from his grave during their production of Jonestown Jubilee. The newest installment of the “Satanic Panic” or “Christian Scare” subgenre, The Sins of Dracula plays the horror with its tongue planted firmly in cheek.

Directed by Richard Griffin, the film’s two major leads are played by Scorpio regulars Jamie Dufault and Sarah Nicklin. The two have instant chemistry and this is arguably the film where they deliver their strongest performances. Dufault’s religious innocence begging for corruption plays off of Nicklin’s “dangerous non-Christian” characterization beautifully. Steve O’Broin plays the director of these theatre folks as Lou Perdition, and does so by personifying the homoerotic subtext littered throughout every vampire film ever made. The supporting cast doesn’t quite reach the bar set by Default and Nicklin, but that isn’t to say there are any poor performances. As a whole, the entire cast of The Sins of Dracula solidly delivers. 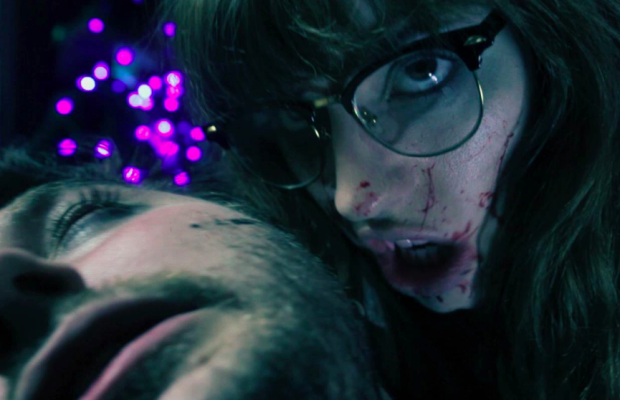 Stylistically, The Sins of Dracula is a biting satire meant to look like a hybrid of Hammer Horror films and the golden age of Argento. Griffin is a filmmaker that definitely values style as strongly as substance, and The Sins of Dracula is no exception. The scenes are lit colorfully and juxtaposed with some absolutely brutal gore. On paper, this film shouldn’t work as well as it does, and the genius of Griffin and Varrati is shown through this film’s success. Homages to Fright Night and Buffy The Vampire Slayer are littered throughout the film, but done so without a wink to the camera. It’s a spoof that takes itself seriously, leading for many repeat viewings and memorable one-liners.

The film is as hilarious as it is nostalgic and Varrati’s writing is begging to be made again and again. Not for the easily offended, The Sins of Dracula is an entertaining indie horror flick that deserves to be feasted upon by the masses.

The Sins of Dracula is currently available on DVD. You can purchase the film through Amazon HERE.