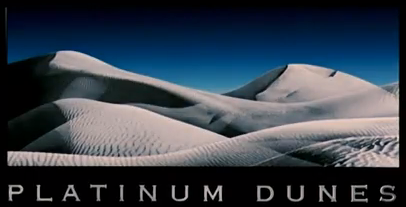 Michael Bay and Platinum Dunes have come under a lot of criticism lately for (in the opinions of many fans) butchering many beloved franchises and brands. I’m not going to jump on any bandwagons, either for or against Michael Bay, Platinum Dunes, Brad Fuller, or Andrew Form. I’m simply going to go over some of the more noteworthy remakes and make my judgments solely on the merits of the films themselves.

I loved this movie. I thought it was very well done, from character development and the story, to the cinematography and directing. It felt fresh, yet didn’t venture very far past the bounds of what the original had established.

It neither played homage nor competitor with the original. It was unique and R. Lee Ermey‘s performance was as fierce and suspenseful as we’ve come to expect. I have no criticisms of the film whatsoever.

I liked this movie. It was a good movie, but nothing special. It didn’t really feel fresh and I felt I might as well watch the original. I’d watch it again, but wouldn’t necessarily go out of my way to own it or see it again.

The Texas Chainsaw Massacre: The Beginning (2006)

The most memorable and sad scene had to be the biker (played by: Lee Tergesen — Chip from Weird Science) getting sawed in half.

I liked this movie. The teaser trailer got me absolutely pumped. I had already come to terms with Jason running again like parts 2-4, as he was human again in this remake/reimagining. I got onboard with the idea and it started to sound awesome.

After seeing the teaser trailer, I got goosebumps at the idea of this relentless, ultra-violent version of Jason as opposed to the stealthy, mysterious, speed-walking, zombie Jason we’d all known for so long. I thought this might equate to a higher, more violent death toll, but was somewhat disappointed by the creativity here.

The teenagers or young adults (whatever they were), were atrocious, both cliche and in the actual acting. This is something that Friday the 13th has always suffered from though, unfortunately. Overall, I enjoyed it just fine (I’ll always be left wanting more when it comes to Jason).

I didn’t like this movie. I think it absolutely fell on its face. It just felt so flat in comparison to the wild creativity that we saw throughout the original series. I completely understand, they wanted to go back to a dark, disgusting Freddy and make it scary again like the first.

But, the first still had plenty of creative dream sequences. This movie stayed in the real world or a hybrid between being awake and asleep too much. It felt seriously deprived of the fantastic dream (nightmare) sequences that I’m sure I wasn’t alone in expecting something no short of amazing with what they could do with CGI in 2010.

Even as a hardcore fan, I still don’t think I even own a decent copy of this. I’ll probably give in at some point as a completist, though not even sure if I’d take it out of its package. However, I do want to add however that I liked Jackie Earle Haley‘s performance of Freddy just fine and I feel this has nothing to do with the overall quality issues of this film.

The big debate now is what will become of our beloved crime-fighting Teenage Mutant Ninja Turtles? I actually just got done re-watching the original trilogy, which I love. The first two of course, and even the third, though the change in the turtle suits was distracting. I don’t know if this has anything to do with the death of Jim Henson or not, but the quality seemed to suffer here.

There are two major concerns being churned about the web:

I did read in some forums that they’ll use live actors in suits for the gist of it, but CGI for the facial expressions. So, if done right, a hybrid of the two doesn’t sound so bad. We’ll just have to wait and see how it all comes together and what storyline and effect methods are actually used.

There is a lot of hate going around for Mr. Bay on the internet. In all fairness, this does include other films that I haven’t mentioned as I haven’t seen them nor was I necessarily a fan of the original cartoons, comics, or films in which they were based on in the first place, such as the Transformers trilogy and an apparent new project he might be working on, ThunderCats. Perhaps others that I’m unaware of or I’m missing something altogether?

In any case, I certainly don’t know the guy personally, just his body of work. And with that, I really don’t see the legitimacy in all this hate. It feels more like it’s become a fad to hate the guy and blame him solely for your disappointment should you not have liked how he handled a remake or perhaps you strictly hate remakes in the first place? I don’t know, but I see little credibility in the criticism and it feels more like hyperbolic rants of people following the pack.

I don’t feel that he’s sullied any of my favorite franchises. I mean my god, remember Jason Goes to Hell and Jason X anyone? Or all those other awful horror sequels that ended up in space or straight-to-video?

Certainly, none of the above remakes can ever replace the originals, nor are they intended to. And for the most part, I liked most of them. Even if I didn’t, I’m not about to let that have any impact on any of the original and nostalgic movies I love so much. So, where is this all coming from?