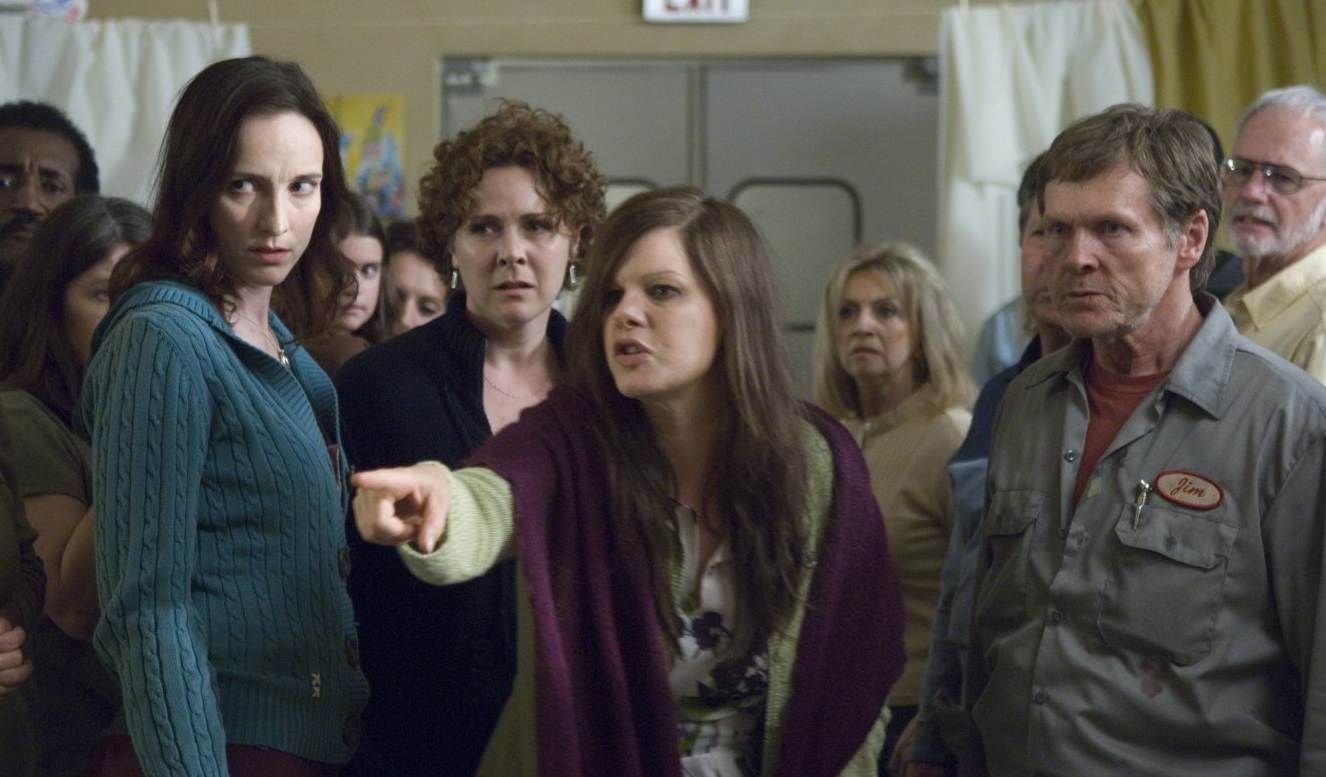 Horror movies have heroes and killers – good vs bad. It’s a package deal, and we tend to love them both with equal passion. The genre also has a rich history of scumbags, those characters who float between categories and stand out from the crowd because of it. They are the type of people we spend our lives trying to avoid in the real world, so it’s a strange sensation to enjoy watching them on-screen, and even more enjoyable to await their normally extra special death scenes.

This is my tribute to some of the greatest assholes in movie history and the wonderful actors who gave them their toxic personalities. You’ll see many faces you know and detest within these lists, and we continue today with four more legends who could once again make the most mild-mannered of viewers want to punch the TV screen in anger. They are there to make life difficult for the good guys and girls, and they do it in style!

This asshole is a real piece of work! He moves his family into the old home of a notorious killer. He is physically and mentally abusive toward his estranged daughter, and it’s fairly obvious that his timid wife has also been subjected to similar treatment over the years. He’s permanently aggressive, drinks too much AND has a big pink rubbery face that you just want to smash with a baseball bat every time you look at it!

Most slasher movies feature death scenes that make you feel like reaching over to fist bump the person sitting next to you. But when Michael Myers finally cornered John in the basement of the house and killed him with a stabbing/electrocution combination, I started moonwalking across the carpet before kissing the TV screen! Never has an exploding fat head been met with such satisfaction.

John was portrayed brilliantly by Bradford English, who made the most of a difficult and probably uncomfortable role. He was very easy to dislike, and that was crucial.

Oh Walter Peck, how I loathed thee in my childhood! The Ghostbusters were just trying to make New York a safer place to live you creepy asshole! Let them do their job!

Peck is the ULTIMATE interfering nuisance. An instantly unlikable man who fills a room with his poisonous attitude the moment he enters. He isn’t a ‘bad guy’ as such, but his smug self-importance combined with a total inability to listen to what other people have to say, ends up being far more dangerous than any ghost the guys have to face. Peck is a dude on a power trip, and he enjoys every minute of it. The freak probably spends most of his free time polishing his EPA badge in a small bland apartment surrounded by framed pictures of himself and a big mirror that gets used far too much! The rumours are all true – this man has no dick!

Peck was of course brought to life by 1980s legend William Atherton, who made a generation of movie watchers despise him with prominent roles in Ghostbusters and the first two Die Hard movies. A terrific actor who can play an asshole with ease.

Conny – Let The Right One In.

We’ve probably all encountered an asshole like Conny at some point during our school days. The bully who only feels empowered and tough when he is surrounded by a posse of ‘friends’ who for some inexplicable reason think he is something special. A miniature devil who will target the most vulnerable kids in class and takes great pleasure in making each day a living hell for them. Conny is all of this and much more. Plus he also has the added confidence that comes with knowing his older brother is a sadistic knife wielding psycho who thinks everyone can hold their breath like David Blaine.

I’m still not entirely sure the little shit deserved what happened to him at the end, but I think we all secretly enjoyed watching him get decapitated by the local VAMPIRE. Lunch money was once again safe, and the number of atomic wedgies taking place in the school toilets dropped dramatically!

Conny was played by Patrik Rydmark, who delivered a subtle and quietly menacing performance that you don’t forget in a hurry. He seems to have moved away from acting for now, but I’d personally love to see him make a return in the future.

I like to think I’m a fairly sociable guy, and I’ve always had the ability to adapt to different personalities and find the good within almost anyone. But put me in a room with Mrs Carmody, and I would be BEGGING to meet the monsters from another dimension after about thirty seconds! This woman isn’t just an asshole, she’s an EVIL asshole, hiding behind religion and taking advantage of the weak minds around her to gain a position of power that she clearly enjoys.

The world is full of religious fanatics, and I’m sure some of them are perfectly pleasant people who would have the decency to offer you a nice cup of tea before the attempted brainwashing begins. Mrs Carmody would have you tied to a stake and covered in gasoline before you had a chance to remove your coat. Why waste time with pleasantries when you could be sacrificing instead! The woman was DISTURBED… and I felt much better after Dobby from Harry Potter blew her brains out!

This part NEEDED a very strong and intense actress, the whole structure of the movie depended on it. If Mrs. Carmody didn’t terrify you and make you want to push her under a bus, then the story simply wouldn’t work. Step forward Marcia Gay Harden, who delivered a performance worthy of awards. She was BRILLIANT!

Stay tuned for more assholes in the near future!