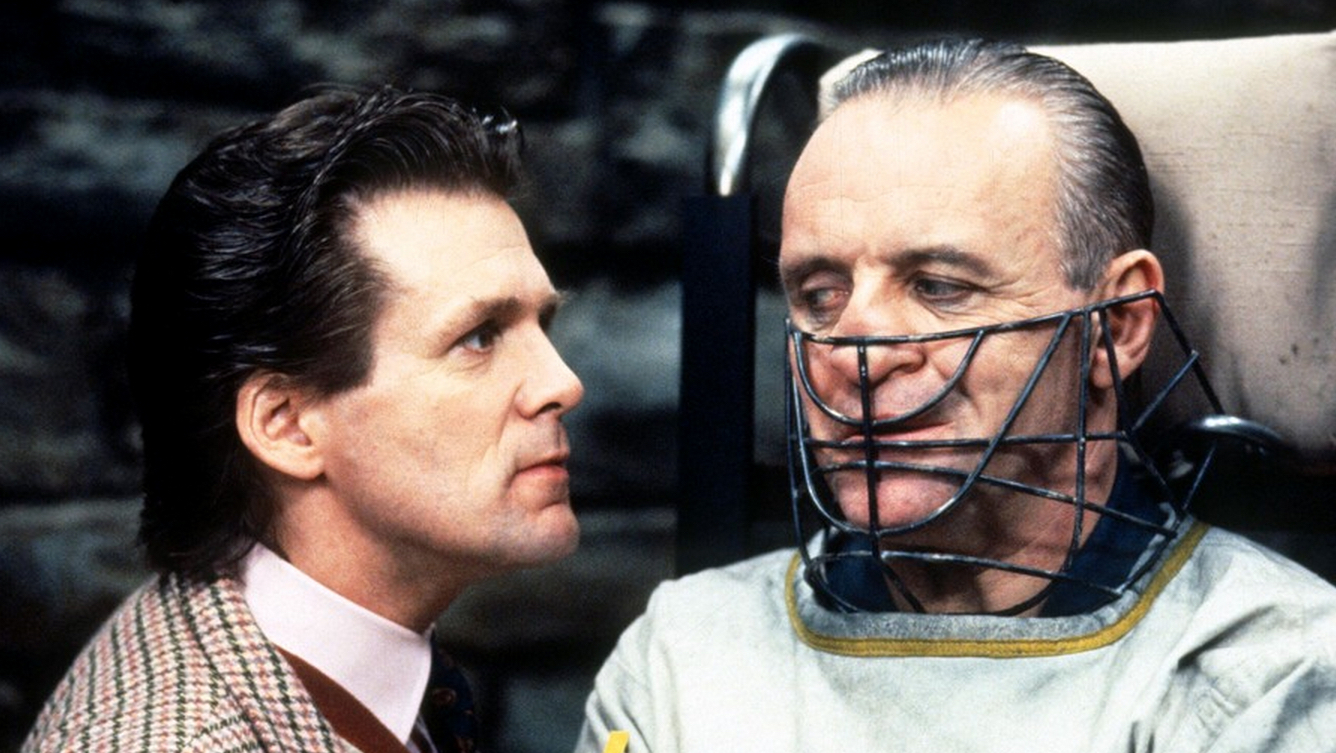 Horror movies have heroes and killers – good vs bad, it’s a package deal and we tend to love them both with equal passion. They also have a rich history of scumbags, those characters who float between categories and stand out from the crowd because of it. They are the type of people we spend our lives trying to avoid in the real world, so it’s a strange sensation to enjoy watching them on-screen, and even more enjoyable to await their normally extra special death scenes.

This is my tribute to some of the greatest assholes in movie history and the wonderful actors who gave them their toxic personalities. You’ll see many faces you know and detest over the next few weeks but we start with four true legends who could make the most mild-mannered of viewers want to punch the screen in anger. They are there to make life difficult for the good guys and girls, and they do it in style …

Rick is your classic frustrated Deputy. He doesn’t necessarily want to be the man in charge, but he wants more action, more reasons to unleash his weapon, and this frustration leads him to being a world class asshole on a permanent basis. There must have been a severe shortage of suitable candidates for law enforcement positions in the area when Rick signed up because he has two emotional settings and neither of them are particularly useful in a dangerous situation.

Still, I have to give the guy SOME credit. His mail order laser sight is a sexy addition to any hand cannon (even if it was the size of a fucking beer can!), and let’s not forget that by the end of the movie he was probably the only surviving cop in town, due to being locked in his own jail cell by Tommy and Megan. I sure hope someone eventually let him out?!

Rick was played by busy actor Vincent Guastaferro, and personally I think he did a fantastic job. It was a thankless role but Vincent gave the deputy a childlike quality that made him memorable from start to finish.

Dr. Frederick Chilton – The Silence Of The Lambs.

Yes, it’s time to remember the legend that is Dr. Chilton. Has there ever been a more slimy, inappropriate and self-serving cretin created for a movie? He literally oozes with sweaty lust from the moment he first meets little Clarice, and when she politely declines his mildly disturbing offer to be her “Guide” for a night on the town, his already fragile ego takes a fully deserved kick to the nuts that instantly alters his personality. We can only imagine what horrors would be experienced by someone who actually agreed to go on a date with freaky Frederick, but I’m fairly sure he would attempt to lick their face as he walked them home. He’s just that kind of guy!

We also need to remember that Silence Of The Lambs actually has a “happy ending” because it’s revealed that Lecter will soon be paying Chilton a visit and eating his face. That’s how much of a royal asshole Chilton was! We WANT the cannibalistic serial killer to sneak into his hotel room while carrying a carving knife and a selection of herbs and spices. In a movie that featured such monsters as Buffalo Bill and Hannibal The Cannibal, it was Chilton who REALLY made our skin crawl.

Chilton was portrayed brilliantly by experienced stage and screen actor Anthony Heald. It’s a tribute to his talent that he was only in the movie for a few minutes here and there but you truly remember him and instantly despise him.

Burke is the ULTIMATE corporate weasel. A spineless slug of a man who would sell his own mother if it earned him a slap on the back from his superiors. Behind the plastic smile and gentle voice is a creature every bit as dangerous as the aliens Ripley has to face. Because, like the aliens, Burke doesn’t appear to have a conscience. From sacrificing an entire colony of people, to the attempted murder of Ripley and Newt via alien impregnation, there is literally NOTHING that Burke will not do for the glory of Weyland-Yutani and the quest for profit.

Burke’s twitchy plotting and dastardly schemes are eventually exposed by Ripley, and it’s at this point that any normal person would take a moment and realize that they need to start being part of the solution instead of the problem if they are going to survive long enough to see another promotion. Stop being an asshole and join the team Carter!!! Nope – the little shit tries to betray everyone yet again and pays for it by walking straight into the arms of a grinning Xenomorph. Death at the hands of the very thing he had spent the entire movie craving.

Paul Reiser has done so much in the years since Aliens, and can normally be found playing characters who are far nicer and funnier than Burke. In a movie packed with macho performances and non-stop action he managed to give the character an unnervingly silent presence that was impossible to ignore. He owned the part, and truly cemented his place in the movie asshole hall of fame.

I don’t even know where to start with Charlie? He’s the uncle from hell, who in his younger days perfected the “push and shout” technique when he began teaching his niece how to swim. I think in a court of law it would be called attempted drowning, but you get the idea. Years later he would deal with his simmering hatred for children by taking a job that means he is surrounded by them at all times, giving him the opportunity to stalk, threaten and make life miserable for every kid within a fifty mile radius of Crystal Lake. He’s lecherous, offensive, and just WILL NOT listen to good advice, especially when it comes from creepy deckhands who work on boats heading to New York.

What Charles didn’t realize was that he was doomed from the moment he became THAT character, the one who constantly denies the existence of the killer in a horror movie. If you keep telling everyone around you that “Jason Voorhees is DEAD!” – you can be damn sure that Jason Voorhees will prove he isn’t by walking up to you at some point holding a very sharp object. Charles was a genuine asshole, and when his time was up the script writers seemed to know that viewers would be ready to see him him suffer in style. Jason obliges by throwing him through the first floor window of an abandoned building, then he scoops him up and performs his own version of the “push and shout” technique by drowning him in a barrel of Manhattan’s finest toxic sludge!

If you grew up in the 80s it was almost impossible to not be exposed to Peter Mark Richman, he was everywhere! His smooth voice and piercing eyes could be found in just about every popular TV show from that era, and he always made an impression. A brilliant actor who made Part 8 memorable by doing what he always did best. 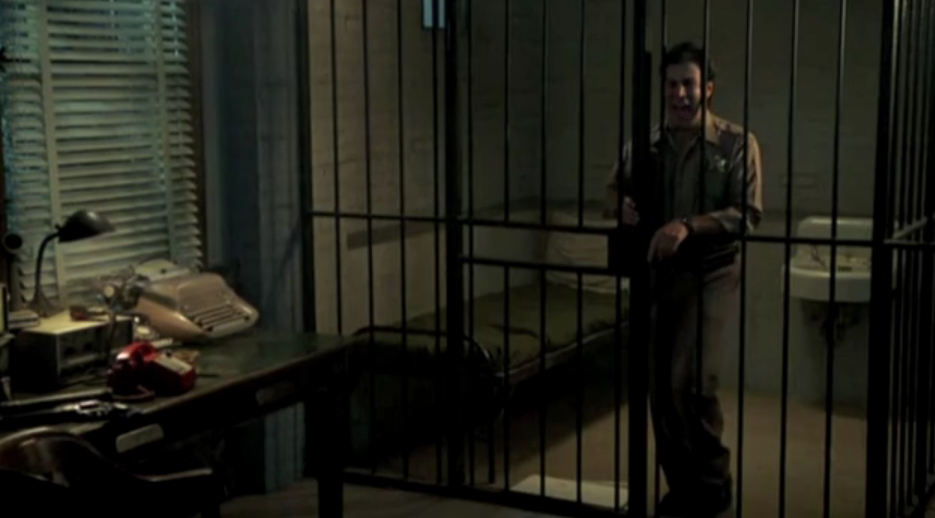