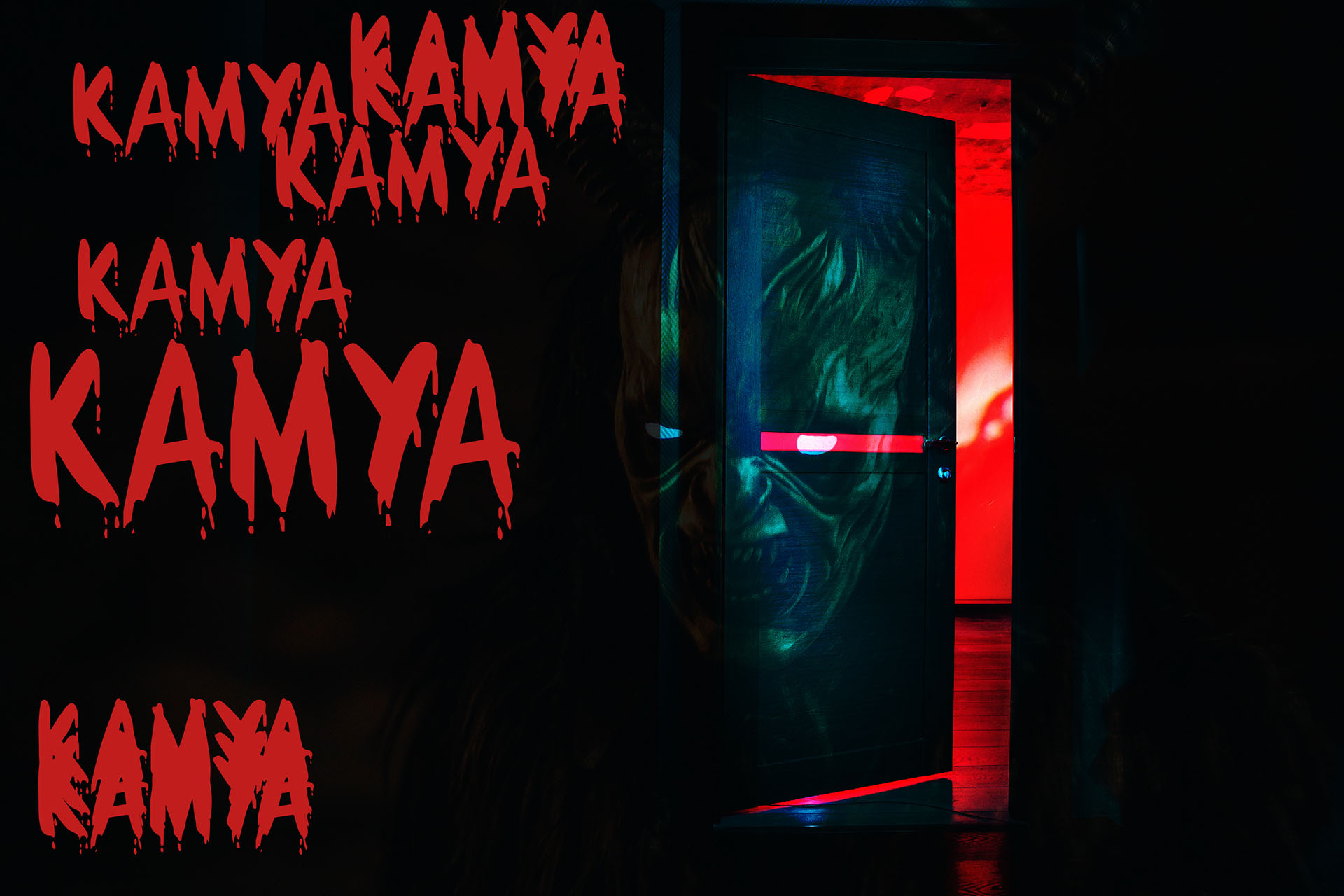 Directed by Stephon and Christian White and written by Stephon White, Kamya follows a young woman that has hours to close a deal at work during the coronavirus pandemic while battling an ancient demon that arrived on her doorstep.

Kamya‘s cast and crew are made up of talent local to the Washington Metropolitan area. Some of them had previous film experience. And others were first-timers that landed their roles with knockout auditions. For instance, Kamya is played by first-time film actress Dawn Taylor. Her former boyfriend Steven Coin is portrayed by Nimo Pinchart who has acted in several movies. We were graced with a stellar cast.

The movie was filmed during the pandemic in October 2020. Because of the need to ensure site safety, the script was written to keep a cap on the amount of cast and crew on site. To do so, the script framed all the scenes within the confines of several Zoom meetings. Thankfully, we coordinated the scenes in which acting took place both on set and remotely.

The framing of the story drew inspiration from haunted house tales and old hoodoo stories. A supernatural threat was chosen for the lead, Kamya, to wrestle with. The thought process went let’s come up with something that would prove nearly impossible for the character to face. A home burglar is one thing. But an entity quickly taking possession of a person during one of the most critical workdays of their life would prove a daunting antagonist.

We also drew inspiration from a source that might not seem apparent watching the movie. The exploits of Indiana Jones also funneled in a little inspiration. I happened to wonder how Indie manages to steal so many ancient relics, yet avoid the fate of any curses? Or better yet, do any of those items harbor any spirits that could harm a thief? In Kamya, the tomb-raider boyfriend has mailed an item home. And his girlfriend has opened the box on the most important day hopefully, Kamya answers those questions.

Please check out the teaser trailer for Kamya!