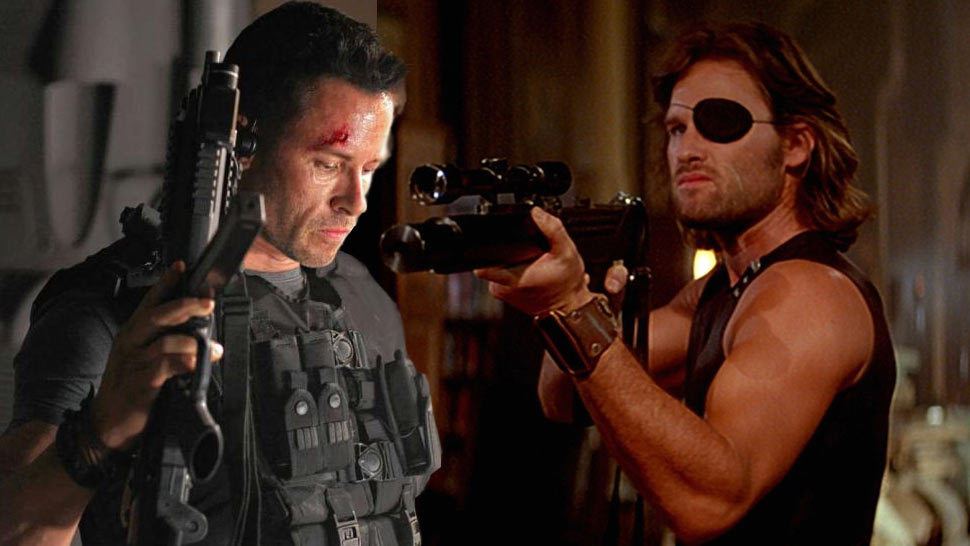 Around this time of the year, the name John Carpenter typically comes up in reference to Halloween, the 1978 horror classic that pretty much everyone on Earth revisits each and every October. But this year is a little bit different, as Carpenter-related conversation of a totally different sort has divided the internet in the wake of a landmark court ruling that nobody really expected to turn out the way it did.

Without boring you with unnecessary details, the basic gist of the story is that Carpenter sued production company EuropaCorp and the screenwriters of 2012 sci-fi film Lockout, claiming that the movie essentially stole the entire concept and execution of his own film, 1981’s Escape from New York. The lawsuit carried out in a French court, Carpenter won, and he and his team were awarded $90,000.

There’s no denying, as many have pointed out over the years, that Escape from New York and Lockout share many strands of the same DNA, the latter film – co-written by Luc Besson – featuring a plot and main character that seem to have been ripped out of Carpenter’s film. One might call Lockout an homage or a tribute to Escape, though the French court decided it was a cut and dry case of plagiarism.

And if you’re asking me, a scary precedent has just been set.

Ever since the first person picked up a camera and made a movie, filmmakers have been drawing inspiration from one another, to the point that every type of movie has an unwritten set of rules that are almost universally followed – whether we’re talking action films, horror films, or sci-fi films. In many ways, every movie is a copy of a copy (of a copy), and that has become particularly true in recent years.

Filmmakers like Quentin Tarantino have turned the cinematic homage into an art form, using classic favorites as the launching point for their own unique stories. Reservoir Dogs, for example, was heavily inspired by the Hong Kong film City on Fire, while Django Unchained derives its name from a series of Italian Westerns – the original Django film was itself an unofficial “tribute” to Kurosawa’s Yojimbo.

Of course, many film fans have criticized Tarantino over the years for “stealing” from other artists, though the truth of the matter is that his penchant for doing so is only widely publicized because he never shies away from revealing his sources. The reality is that EVERY filmmaker does what Tarantino does, to varying extents, and if you think John Carpenter doesn’t fit that bill, you’d be quite wrong.

Carpenter’s 1976 film Assault on Precinct 13 presents a new spin on ideas culled from Night of the Living Dead and Howard Hawks’ Rio Bravo, and seminal slasher classic Halloween can similarly be traced back to the earlier work of another filmmaker. Bob Clark’s Black Christmas inspired Carpenter to make Halloween, and in fact it was based on Clark’s loose idea for a Halloween-set sequel to Black Christmas.

Ghosts of Mars, also directed by Carpenter, is another film with heavy Howard Hawks influences, and one could argue that his most recent effort, The Ward, is a direct copy of, well, pretty much every horror movie set in a similar location and dealing with similar subject matter. The point I’m trying to make? John Carpenter, like nearly every filmmaker in history, is “guilty” of lifting ideas from others.

I put the word “guilty” in quotations because I’d like to stress that I don’t personally feel there’s anything even remotely wrong with doing so. Taking someone else’s ideas and filtering them through your own brain is totally acceptable and quite frankly unavoidable – even when you’re trying to be original – and it’s also completely legal. Which begs the question: Why were Luc Besson and friends sued for doing so?

If it becomes commonplace for filmmakers to sue other filmmakers for stealing their ideas, then is anyone safe from being dragged to court? Should Eli Roth be brought up on charges for stealing The Green Inferno from Ruggero Deodato’s brain? Could everyone who has ever made a zombie movie, post-Night of the Living Dead, be slapped with a hefty lawsuit? What about Insidious? Isn’t that just Poltergeist, in different wrapping?

I can’t help but wonder where we draw the line, now that it’s been established that general movie concepts can indeed be the subject of court cases. It’s hard to think of a single movie released in the last decade, for starters, that cannot be traced back to one made years prior by someone else, so if we’re going to start copyrighting tropes and generic story structures, then we might as well burn Hollywood to the ground.

Now that the precedent has been set, is John Carpenter himself safe from being sued by the estates of Howard Hawks and Bob Clark, for drawing inspiration from their films? He certainly shouldn’t be, but knowing how much influence he has derived from the work of other artists, it’s hard to imagine why Carpenter would go after those who are doing the same with his own contributions to the world of film.

I’m certainly all for artists being original, don’t get me wrong, but we must keep in mind that Luc Besson and his team didn’t go behind John Carpenter’s back and remake Escape from New York. They made a different film called Lockout, using the framework of Escape from New York as inspiration, and whether you love the movie or hate it, siding with the courts on this one would be quite hypocritical.

Because I can guarantee that many of your favorite movies, and filmmakers, are guilty of the very same “plagiarism” – Carpenter included. So, I ask, is that really what we want to start calling it?