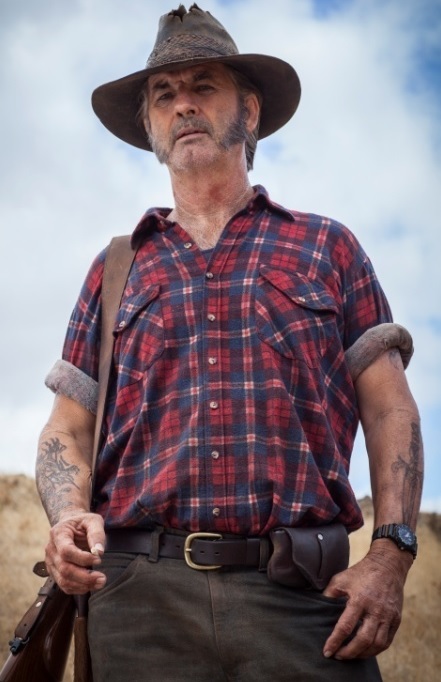 2005’s Australian film Wolf Creek began with the words ‘The Following is Based on Actual Events,’ text that has kicked off many horror films that weren’t actually based on true events, in any way, shape or form.

In the case of Wolf Creek, like Texas Chainsaw Massacre before it, the film in fact does have some basis in fact, with a string of outback murders in the 1990s serving as inspiration for Mick Taylor’s fictional killing spree.

With the April 17th VOD release date of Greg McLean’s long-awaited sequel, Wolf Creek 2, fast approaching, now seems like the perfect time for a macabre history lesson, as we uncover the true story behind one of the most horrific horror films in the genre’s recent past.

For starters, I must first mention that Wolfe Creek is an actual location in Australia, and the ‘e’ that I tacked onto the end of the word ‘Wolf’ is not a typo. Located in Western Australia, Wolfe Creek Crater was indeed created by the impact from a meteorite, just as it’s explained in the film.

Formed nearly 300,000 years ago, the massive half-mile-wide crater wasn’t discovered until 1947, and it has in the years since become a tourist attraction, part of Wolfe Creek Meteorite Crater National Park.

While the place is real, the murders the film is based on have no actual connection to the crater. So if you’re planning a visit, take comfort in that!

The character of Mick Taylor, and his dastardly deeds, are mostly based on serial killer Ivan Milat, whose string of sadistic crimes were collectively dubbed ‘The Backpacker Murders.’ 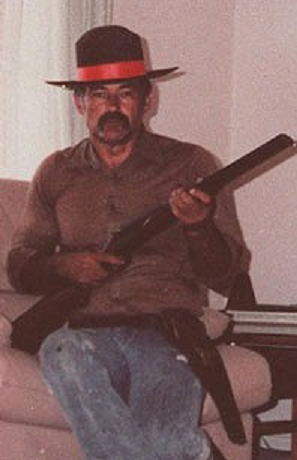 On September 19th of 1992, a group of people discovered a partially-buried corpse in New South Wales’ Belanglo State Forest, and police discovered a second body not far from it, when they arrived on the scene. The bodies were identified as being those of Caroline Clarke and Joanne Walters, two British backpackers who had gone missing in April of that year. Walters had 35 stab wounds on her body and Clarke had been shot 10 times in the head with a rifle, making for a gruesome crime scene, to say the least.

Over a year later, in October of 1993, a human skull and thigh bone were discovered in the very same park, which again led to police discovering more remains. Two bodies were unearthed at that time, and the victims were identified as Deborah Everist and James Gibson, a young Victorian couple who went missing in 1989.

Shortly thereafter, the final three bodies of Milat’s seven victims were unearthed, with the remains all belonging to German tourists. Simone Schmidl was last seen hitchhiking in 1991 and was stabbed to death and decapitated, while Gabor Neugebauer and his girlfriend Anja Habschied had also been killed by multiple stab and gunshot wounds. Like Schmidl, Habschied was decapitated, though her head was never found.

Much like Mick Taylor, played by Australian actor John Jarratt in the film and its sequel, Milat is believed to have spent considerable time with his victims before dispatching them, offering them rides and hanging out with them at his campsite. His reign of terror came to an end when he was positively identified by a man who escaped his clutches, and he was arrested on May 22nd, 1994.

After a fifteen-week trial, Milat was found guilty of all seven murders on July 27th of 1996, and given seven life sentences – one for each of his victims – with no possibility of parole. Milat has consistently proven to be an evil force, even inside the walls of prison, at one point attempting to escape and at another cutting off his finger with a plastic knife, intending to mail it to Australia’s High Court.

On a related note, Milat’s great nephew and a friend were recently found guilty of the 2010 axe-murder of a 17-year-old, which took place at Belanglo State Forest; the very same place where the bodies of Milat’s victims were found. Thankfully, they too have been locked behind bars, where they will remain for many years.

And there you have it. Though the characters in Wolf Creek aren’t directly based on the real victims, and though the events of the film are mostly fictionalized, Mick Taylor is nevertheless very much based on Ivan Milat, and his murders in the film aren’t all that far off from the murders Milat really did commit. Proof that sometimes, the truth is more horrifying than fiction ever could be.

If you’d like to know what I thought of Wolf Creek 2, which I had the chance to check out earlier this week, you can read my full review over on iHorror!