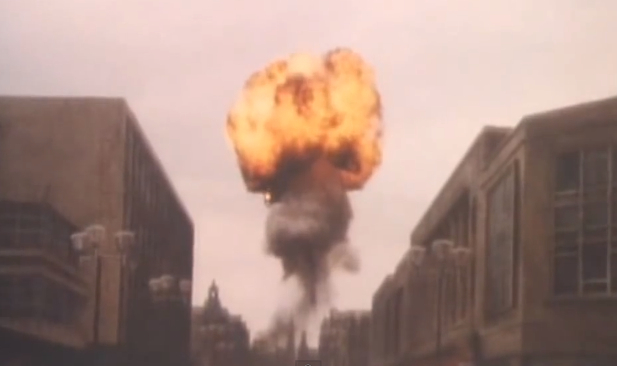 Threads was a Documentary / Drama partly produced by the BBC that was first aired in 1984. It would go to win four BAFTA awards and almost unanimous critical acclaim. Even now, 30 years after it was made, many still consider it to be the most genuine, harrowing and uncompromising look at a full-scale Nuclear attack that has ever been committed to film.

Threads initially feels like a big budget, extended documentary. Throughout the near two hour running time there is a very British voice over narration that arrives whenever the characters are not involved in a scene. The narrator (Paul Vaughan) provides calm, factual information regarding (for example), what would happen to crucial public services in the event of a war and how radiation and fallout would very quickly damage all forms of agriculture and the water supply.

Obviously this information was believed to be accurate back in 1984 and certain things would be different now, especially forms of communication and their reliability, but I would imagine the basics remain correct and probably always will. 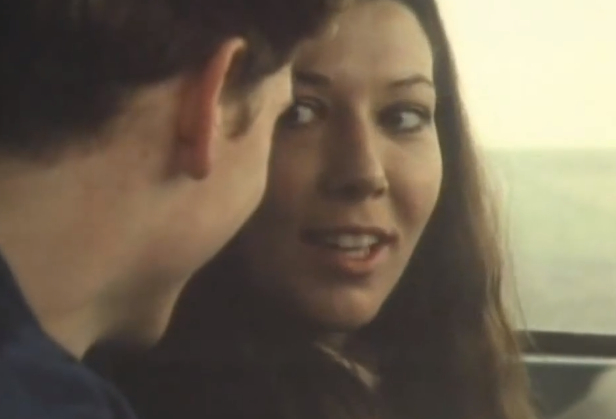 Threads starts by introducing us to a young couple (Jimmy and Ruth) dealing with the news of an unplanned pregnancy during the very harsh economic climate of early 1980s Britain. They live in Sheffield and the bleak, grey reality of Northern England back then is evident in every single shot and scene. At the time Sheffield was home to a huge number of factories and crucial industries … unfortunately for the characters, this makes it a primary target, as they will soon discover.

For the first 45 minutes of the film we follow their day to day lives, fleeting hints at the war that is about to arrive can be heard on radios in the background or shown in brief news reports that the characters will watch for a moment or two before turning their thoughts to other more personal problems.

They act exactly how we would all probably act in such a situation, they are mildly worried but almost ASSUME everything will get worked out in the end. To them the brewing conflict is a world away, they feel detached and are mostly unconcerned … until it is far too late.

A secondary plot away from the two families follows the Chief Executive of Sheffield City Council who is tasked with forming an emergency response team to run the city in the event that the Government is lost. It is this plot that highlights the difference in behaviour between the members of the public that are getting the full facts and the ones who are not.

50 minutes into the running time the distant conflict reaches all out Nuclear War … and it’s at this point that Threads starts to horrify and disturb on a level that I have rarely encountered in all my years of watching movies that deal with this kind of event. 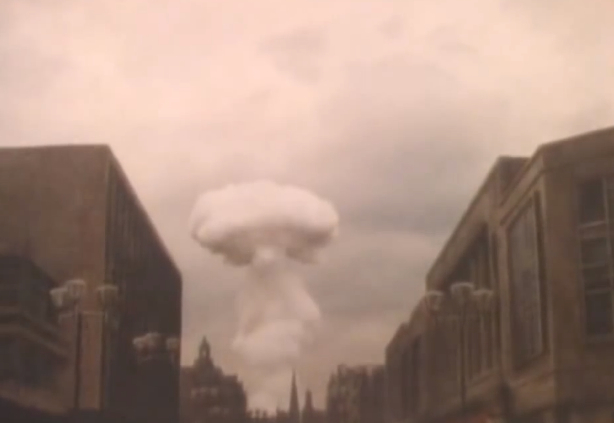 A single warhead detonates over the North Sea instantly disabling most of the primitive electrical devices from that time across Britain.

The outskirts of Sheffield is then directly hit causing a blast wave that creates chaos and panic across the entire city. This panic is worsened by the clearly visible mushroom cloud the characters all get to see in the distance. 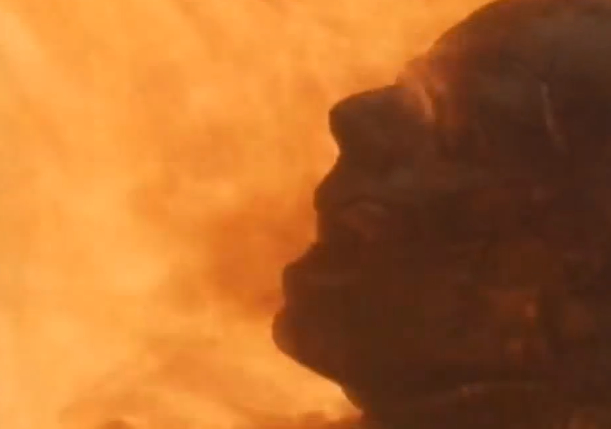 The Kemp family attempt to build a stereotypical ‘shelter’ within one of their rooms using doors and mattresses leaning at an angle against a wall. As they are completing this utterly ineffective plan a second warhead hits central Sheffield causing total devastation. Mrs Kemp is horrifically burned by the instant blinding flash and the whole house catches fire. 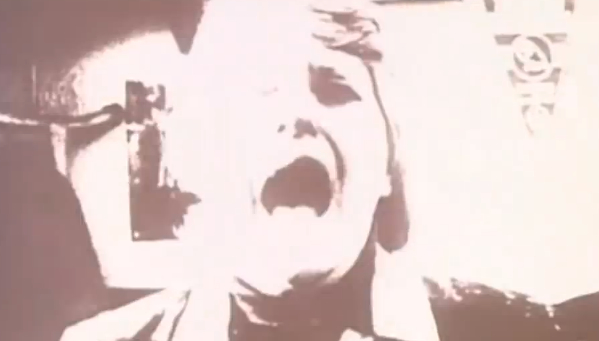 Ruth and the Beckett family retreat to the slightly more protected confines of their basement and lock themselves in.

The second hour of Threads deals with the nightmarish aftermath of the war. There is nothing remotely ‘Hollywood’ about what follows and at times it can be difficult to keep watching … this is a film without positivity, without hope. The characters get put through hell and just when you think it cannot get worse it does … again and again.

During the missile strikes Jimmy was running through the chaos filled streets in an attempt to reach Ruth. His fate is of course obvious (due to the second blast) but that is left for the viewer to realise. He is simply never seen or heard of again … There are no dramatic reunions in the ruins of an overrun hospital, no emotional return to save the girl. He is gone. His parents survive only to slowly die of radiation sickness and starvation over the next 2-3 weeks. His Sister was at school and presumably perished instantly there and his younger Brother is found crushed to death under a fallen brick wall.

Ruth and her family spend several days living in the basement. Her Grandmother quickly falls victim to the radiation and they are forced to move her body upstairs at which point Ruth decides to run away in the vain hope of finding Jimmy. A few days after she leaves both of her parents also die through sickness and lack of food leaving her as the only character remaining from the beginning. 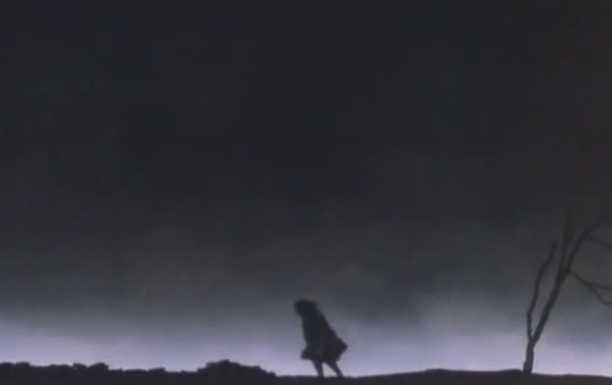 From there we follow Ruth for 10 further years … Britain spends 12 months dealing with a harsh Nuclear winter and population levels fall to medieval numbers.

Nothing grows and food becomes the only viable and desirable form of currency. Most of the survivors leave the ruined cities and wander to the countryside which is where Ruth eventually gives birth alone in an abandoned barn to a healthy baby girl.

Ruth’s daughter is the final character we follow during the concluding last few minutes of Threads. She is now 13 years old and it is a truly horrifying experience of her own that viewers are left with when the screen fades out and the credits start to roll …

Threads was written by Barry Hines who is probably best known for writing ‘A Kestrel For A Knave’ which would later be turned into the movie Kes.

The director was Mick Jackson who would go on to have a varied Hollywood career directing everything from The Bodyguard to Volcano.

Honestly, I cannot recommend it enough. Threads isn’t just a film … it’s an experience. The world it portrays seems to be behind us now but it’s a very sobering thought to know that in our recent past a war like this was a genuine and real possibility.

If you haven’t seen Threads then change that as soon as you can … it is an unrelenting British masterpiece.