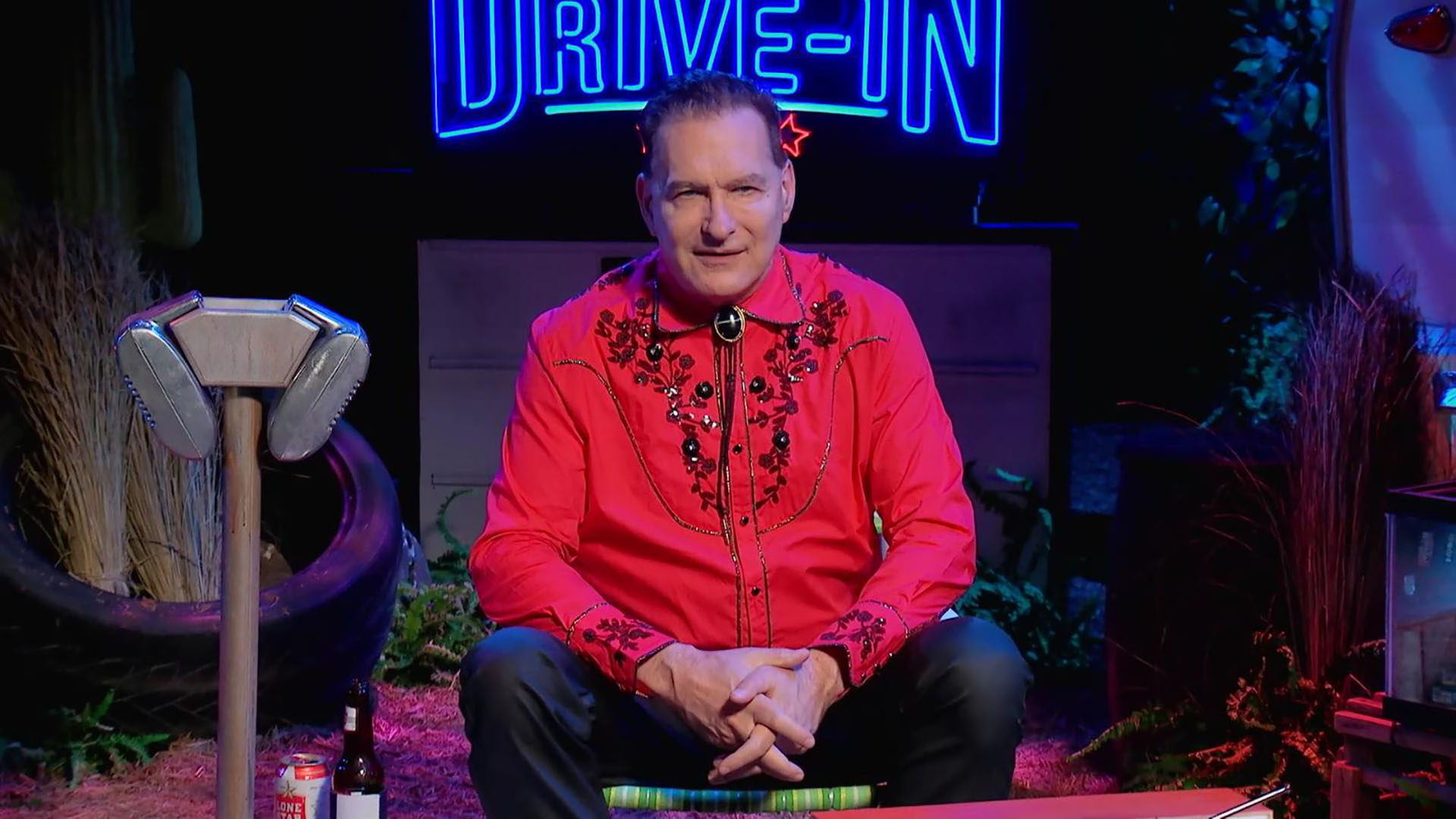 Everyone loves John Bloom and especially his horror-host persona Joe Bob Briggs. It’s nothing short of delightful to listen to this man speak. Even cooler, he’s kind enough to actually personally read and respond to his fan mail, which is surely daunting. And because he was kind enough to answer my questions, let’s dive in… 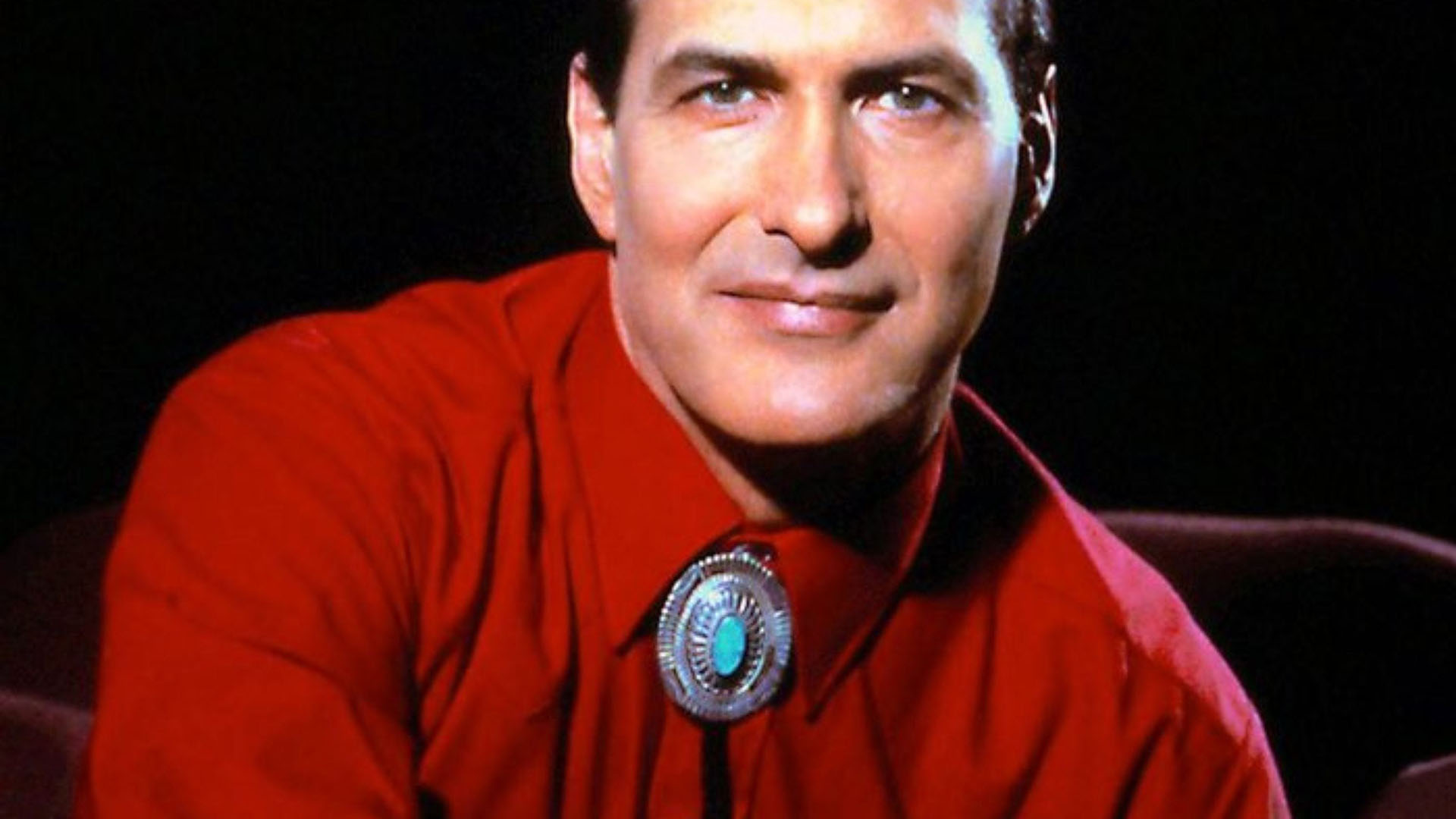 Halloween Love: Thank you for sending me a copy of the 69-page Texas Monthly article you wrote on The Texas Chain Saw Massacre. I enjoyed it quite a bit and found it to be something of a sad tale all-around. It also left me wondering, since you wrote it almost 20 years ago, do you think you have anything left to say about Chainsaw? In other words, have you learned much more about the production and life surrounding the movie since then to warrant an updated article, or perhaps even a book?

John Bloom: Well, the obvious answer is that yes, there have been four more films, beginning with the 2003 remake, and there has been one excellent comedy based on a Leatherface role reversal (Tucker and Dale vs. Evil). But, no, I haven’t really discovered anything new about the original movie. I hosted it for the first time on Shudder during the “Dinners of Death” marathon on Thanksgiving 2018, and what I said about it would be approximately the same thing I would have said twenty years ago.

HL: Previously, I don’t believe I’d ever read anything you wrote. Certainly, I’ve enjoyed listening to you speak ever since MonsterVision days, which you obviously wrote, but I hadn’t realized just how much you’ve actually written over the years, in magazines, newspapers, books, and online. It’s quite extensive. I’m curious, do you have some kind of list or archive of everything you’ve ever published? And perhaps that’s something that you might share on your website at some point? Data for nerds.

JB: I don’t have an archive because I started writing at age 13 and it was a time when many articles were unsigned. I’ve probably written for more than 100 publications and so the first step toward assembling an archive would be to remember the names of all of them. If you add in the thousands of hours of television I’ve written, it’s way too much for any one person to put up with. That being said, a journalist in Cleveland has assembled all of the drive-in newspaper columns that can be found and all the television transcripts that can be found, and we’re talking about ways to possibly publish those. My two books of collected reviews are only about 20 percent of the reviews I wrote for syndication.

HL: Digging around your Amazon page, I became most fascinated by Eccentric Orbits: The Iridium Story, which leads me to all sorts of questions. Do you have other similarly esoteric gems lying in wait? Would you say that this is one of your best non-horror, non-satirical pieces? Can you share some others that you’re proud of? As a natural speaker, would you ever consider doing an audiobook for Eccentric Orbits or any of your other books, and have you ever done one?

JB: I’ve done some speaking engagements at which I tell a much abbreviated version of the Iridium story, but I did not voice the audio book. I would say the best nonfiction I’ve written is the book Evidence of Love, co-authored by Jim Atkinson, which was made into a TV movie, has been featured on a couple of true crime shows, and is currently being developed as a streaming series.

HL: You have a colossal (read: daunting) amount of knowledge. Personally, your digressions are my favorite part whenever I listen to you speak. I’m curious, is it purely academic in putting in the time and research and hard work, or maybe you also have something like Hyperthymesia or a photographic memory? Do you think the brain, like a hard drive, has an actual capacity? Computational neuroscientists have had all sorts of theories, generally from 1TB to 1PB.

JB: Naw, my memory is not that great. I have a memory for the general outlines of Big Ideas, and so when I want to write about those I go back to the library.

HL: Is there any medium for publishing that you prefer over another: print, digital, or is it all the same, writing is writing?

JB: I like books. Hardcover books. But I’m not a fanatic about it.

HL: I’m pretty sure that The Texas Chain Saw Massacre is your favorite horror movie (of course, correct me if I’m wrong), but what is your all-time favorite non-horror movie?

JB: That would probably be The Hustler, the one with Paul Newman, Jackie Gleason, George C. Scott and Piper Laurie, directed in glorious black and white by Robert Rossen.

HL Final Thought: This is one of my all-time favorites too. I actually became pretty obsessed with pool for a while, practicing for countless hours, getting romantic for the movies and the whole culture of it.

JB: Terrifying my sisters and dumping three tons of candy onto the kitchen table.

JB: A Ken Burns-style History of Exploitation, only I would do it first as a live show.

JB: “The Last Drive-In” on Shudder has been renewed for a second season, and we’re doing a little warmup triple feature this Friday night, October 25th, with something called the Halloween Hootenanny. I’m continuing to tour the country with my one-man show, “How Rednecks Saved Hollywood.”

JB: I don’t like to be interviewed, so it’s tough to say, but I’ll try.

“Joe Bob, why didn’t you buy the Dallas Cowboys from Bum Bright in 1989 so that Jerry Jones couldn’t get control of the franchise?”

JB: The site of the very first drive-in is now a traffic island off Admiral Wilson Boulevard in Camden, New Jersey, and I’ve always wanted to go there with a metal detector and see what we can find.

How to reach out to John: