I write about my childhood a lot here on Halloween Love but I suppose that’s inevitable. Every drop of passion and love I have for the horror genre was born and developed in my youth. As I’ve always said … it was age-appropriate imagery that first sparked my interest in horror and that just grew and grew over the years until as an adult I could watch and enjoy all forms of horror.

It didn’t matter what it was on or how it was depicted, if something featured a spooky mansion or some creepy bats and a smiling pumpkin I was happy …

My favourite book as a child was The Haunted House by Jan Pienkowski (Was that popular in America? It was huge over here).

My first bottle of bubble bath that I can remember was shaped like Frankenstein.

My bed sheets featured Dracula and his castle.

The list goes on and on. I don’t know WHY these characters and images appealed to me, they just did. A horror ‘switch’ got activated in my little brain and has remained in the ON position ever since.

I feel very, very fortunate to have been born in the 70s (Even if it makes me feel old now) … It meant I lived my childhood through the 1980s, and that truly was a magical time for movies, cartoons and toys. Cartoons especially were overflowing with spooky and evil characters that looked awesome and instantly captured my imagination. I wasn’t interested in the heroes and the good guys I just wanted to see the mysterious and sinister villains … and it all comes back to how they LOOKED and how they were portrayed.

Let me now show you a few examples from that golden era. I always find myself saying ‘they don’t make them like this anymore’ and the truth is they really don’t!

Trap Jaw : Masters Of The Universe. 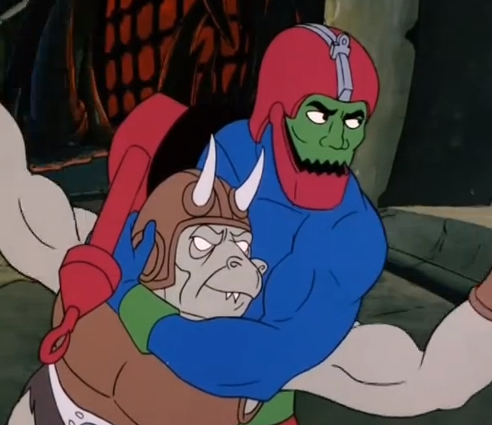 Trap Jaw was the ‘Boba Fett’ of the He-Man universe to me. A bit part character who just visually looked awesome and carried cool gadgets and weapons. In his case he could remove his arm and replace it with all sorts of useful and deadly appendages. The action figure was seriously hard to find over here and from what I remember most of my friends felt the same way about him. There’s a brilliant line in the movie Se7en which goes something like this; “If we catch John Doe and he turns out to be the devil, I mean if he’s Satan himself, that might live up to our expectations”

That is EXACTLY how I felt about Dr. Claw! … That hand, his incredibly evil voice, the spooky locations he would use as his base, I don’t really know what I expected him to look like but I just know nothing could have lived up to the images that floated around inside my skull.

A few years ago they released an action figure that finally revealed his face and let’s just say it would have been far better to retain the mystery.

He was best as a classic unseen villain like Blofeld from the early Bond movies, which I assume he was partly based on.

Skeletor : Masters Of The Universe. 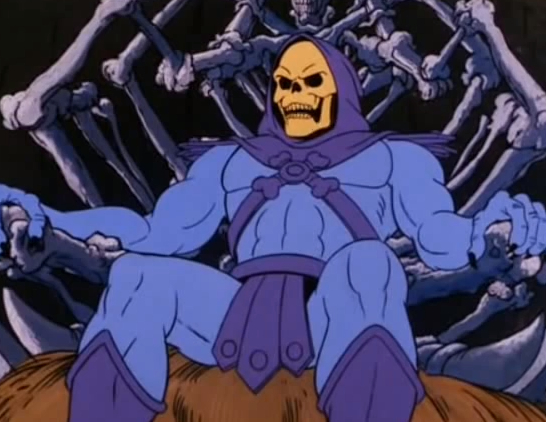 Let’s be honest, poor old Skeletor was a bit useless as a villain. He surrounded himself with idiots, never came up with any high quality evil schemes and would cry like a baby when things didn’t go his way … but he looked COOL!

I mean just look at him in that picture sitting on a throne made of bones. He was an idiot, but he was an idiot with spooky style!

The Luminous One / Sōsai X : Battle of the Planets. 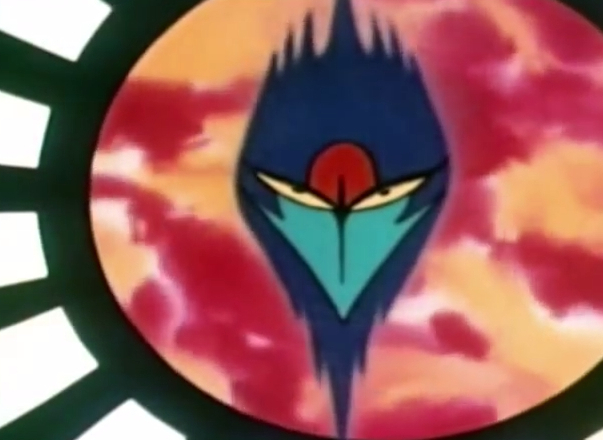 I loved it when the supposedly main villains in cartoons actually had an even greater evil power controlling them from the shadows. I’m not much of an expert when it comes to BOTP so you will have to forgive my ignorance but I just loved this creepy floating head thing.

It was cool because I didn’t really understand what it was and visually you were given very little to work with but the important thing was that it was clearly evil and utterly feared by all of its subordinates. 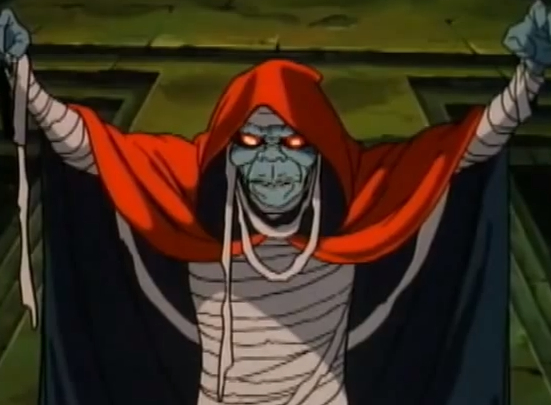 Man, I adored Mumm-Ra … He was a rotting old Mummy wrapped in bandages wearing a long red cloak who slept in a coffin and surrounded himself with giant statues representing ancient evil gods … Oh, and he also lives in a giant black Pyramid!

If watching Mumm-Ra in action didn’t spark an interest in horror at a young age then nothing would. 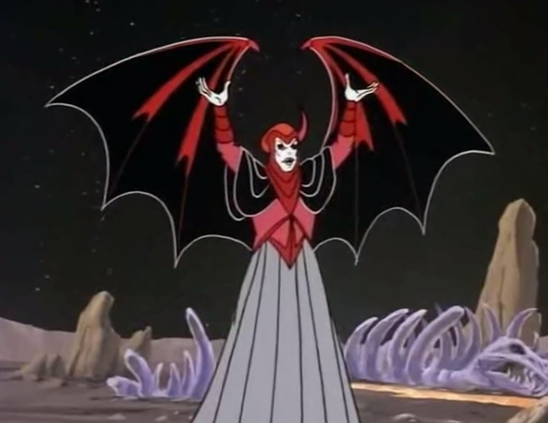 The only bad guy cool enough to be able to get away with having the same voice as Optimus Prime.

Venger was a kaleidoscope of horror-inspired design choices, he had fangs like a vampire, a large single horn like a devil, creepy black wings that would unfold when he lost his temper or wanted to just look menacing in front of the kids … AND he rode a terrifying black horse that could fly!

Everything about the way he looked was pleasing and cool to me and while he would always inevitably fail like most animated villains he still retained an aura of danger and menace. 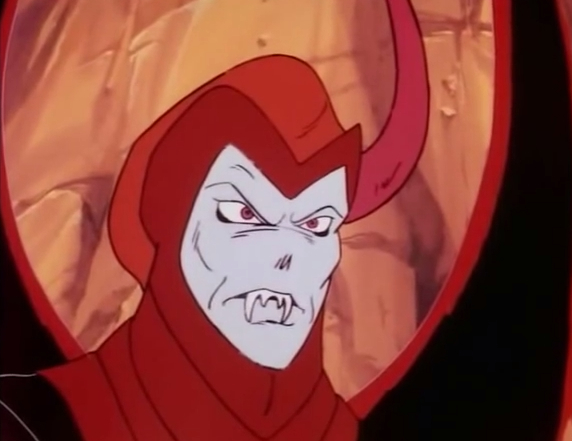 There were many more examples over the years but these are the dudes that I remember most fondly, and hopefully you can see why they planted the seeds for something that would become a huge passion in later life.

Writing this has left me all nostalgic and misty-eyed, so I’ll leave you with this screen grab and maybe you could join me in humming the end credits theme tune to Dungeons & Dragons? … Go on, you know you want to! 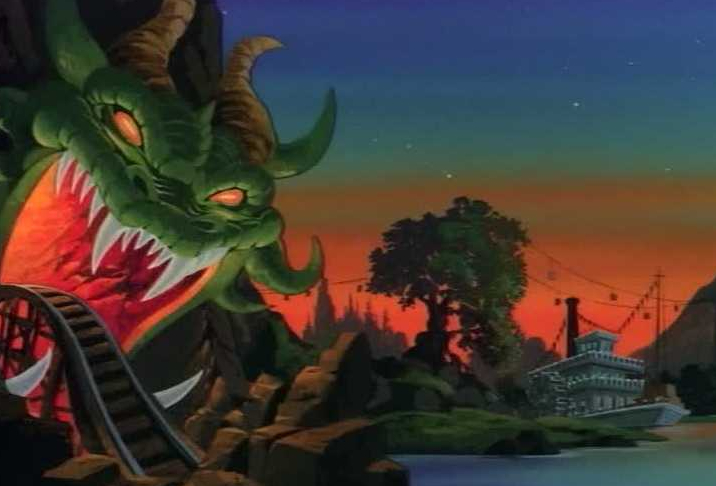