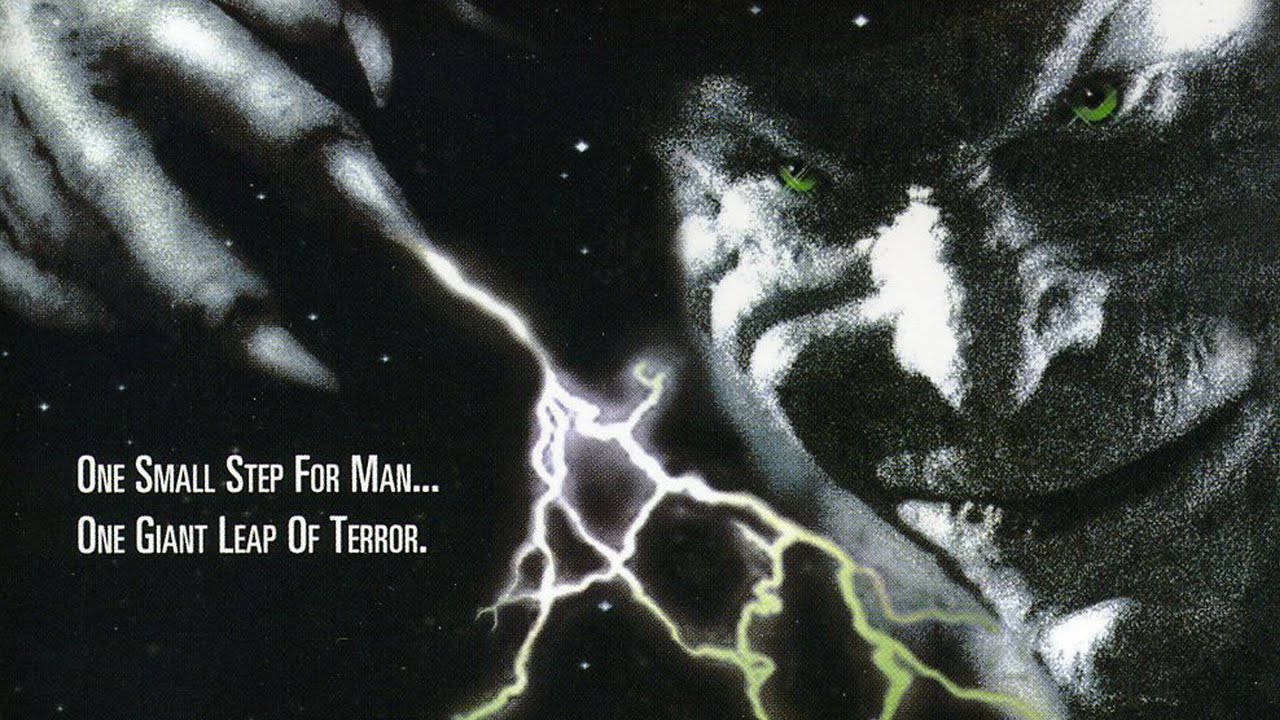 One year after Hellraiser 4: Bloodline put Pinhead on a spaceship, the Leprechaun franchise headed in the same direction for its fourth installment – oddly enough, Critters 4 was also set in space. But it was Apollo 13 that allegedly inspired the “Leprechaun in space” concept, the sequel beginning its life when an executive had an artist replace Tom Hanks’ head with Warwick Davis’ on the poster for the 1995 film.

I think that’s how Hollywood works.

Soon after directing the Las Vegas-set Leprechaun 3, Brian Trenchard-Smith returned for Leprechaun 4: In Space, which went direct-to-video in February of 1997. On a distant planet, the Leprechaun has kidnapped and enslaved a beautiful alien princess, but his marriage plans are brought to a screeching halt when a group of marines arrive on a search and destroy mission. Their target? The little green guy.

After blowing up the wise-cracking creature, the marines return to their spaceship with the injured princess in tow – she loses a hand, but it grows back cause she’s a freakin’ alien. Of course, the pint-sized terror isn’t actually dead, and it’s not long before his body is magically restored and he starts knocking off the marines. He just wants his princess back, as she’s his golden ticket to becoming king of the world.

I’m not sure that even the biggest Leprechaun fan would claim that the movies – there are six of them, not counting dreadful reboot Leprechaun Origins – are actually good, but one thing you cannot take away from the series is that Warwick Davis brought his A-game every damn time. Even when the films are at their worst, Davis is at his best, and when it comes to bona fide horror icons, he’s damn sure one of them.

The fun Davis has with the role is palpable in Leprechaun 4, as he chews the scenery and spouts off his corny lines with enthusiastic glee. It’s often because of Davis that the Leprechaun movies manage to entertain, and there’s no doubt that if a lesser actor had originally been cast in the role, the series likely wouldn’t have made it as far as it did. Whether or not that would’ve been a bad thing is up for debate.

As good as Davis is in Leprechaun 4, the show is arguably stolen by actor Guy Siner as a ridiculously over the top character by the name of Dr. Mittenhand. His human upper torso crudely fused to a robotic console, the mad German doctor is quite clearly the product of a failed science experiment, and though Davis may chew the scenery, Siner absolutely devours it. The film is truly at its best whenever he’s on screen.

Fitting in line with Siner’s bonkers performance is the film itself, which gets admirably weird on more than a handful of occasions. The Leprechaun franchise excels when it’s fully embracing the silliness of it all, and with Trenchard-Smith in charge, the fourth installment is easily the wackiest of the bunch. It’s B-movie schlock and it wears that fact proudly on its sleeve, making for an altogether fun experience.

For starters, the Leprechaun literally arrives on the ship by bursting from the erect penis of one of the marines – the man had previously urinated on the monster’s exploded corpse, allowing for Lep to direct his magical essence straight into his urethra. It’s an homage to Alien‘s chest-burster scene that is only topped on the weirdness scale by a low-budget tribute to Cronenberg’s The Fly, which comes later in the film.

As it turns out, the alien princess has regenerative blood, and Dr. Mittenhand gets the brilliant idea of using it to grow back the lower half of his body. Leprechaun has other plans, however, mixing the inhuman blood with spider DNA and turning Mittenhand into Mitten-Spider. Rubbery practical effects bring the hideous monstrosity to life, and it’s so not what you’d expect from a Leprechaun sequel in such a good way.

Charming weirdness abounds in the energetic Leprechaun 4, which manages to avoid committing the cardinal sin of a B-movie: it never bores. True to the spirit of B-movie legends like Roger Corman, the film always seems to be going for broke and just having fun, whether a badass sergeant is dancing around in drag or a lab technician is getting his face smashed so flat that he looks like a human pancake.

Leprechaun 4: In Space is more than a tad bit misogynistic and it’s also home to some of the worst digital effects since Jaws 3D – particularly during the finale, wherein the little bastard is blown to pieces – but it’s the sort of bad movie that can’t help but enjoy. There’s a childlike sense of fun to the whole thing, and in a world where so many horror movies are just plain dull and boring, I choose to admire that.

Space didn’t kill the Leprechaun franchise. But two trips to tha hood damn sure did.