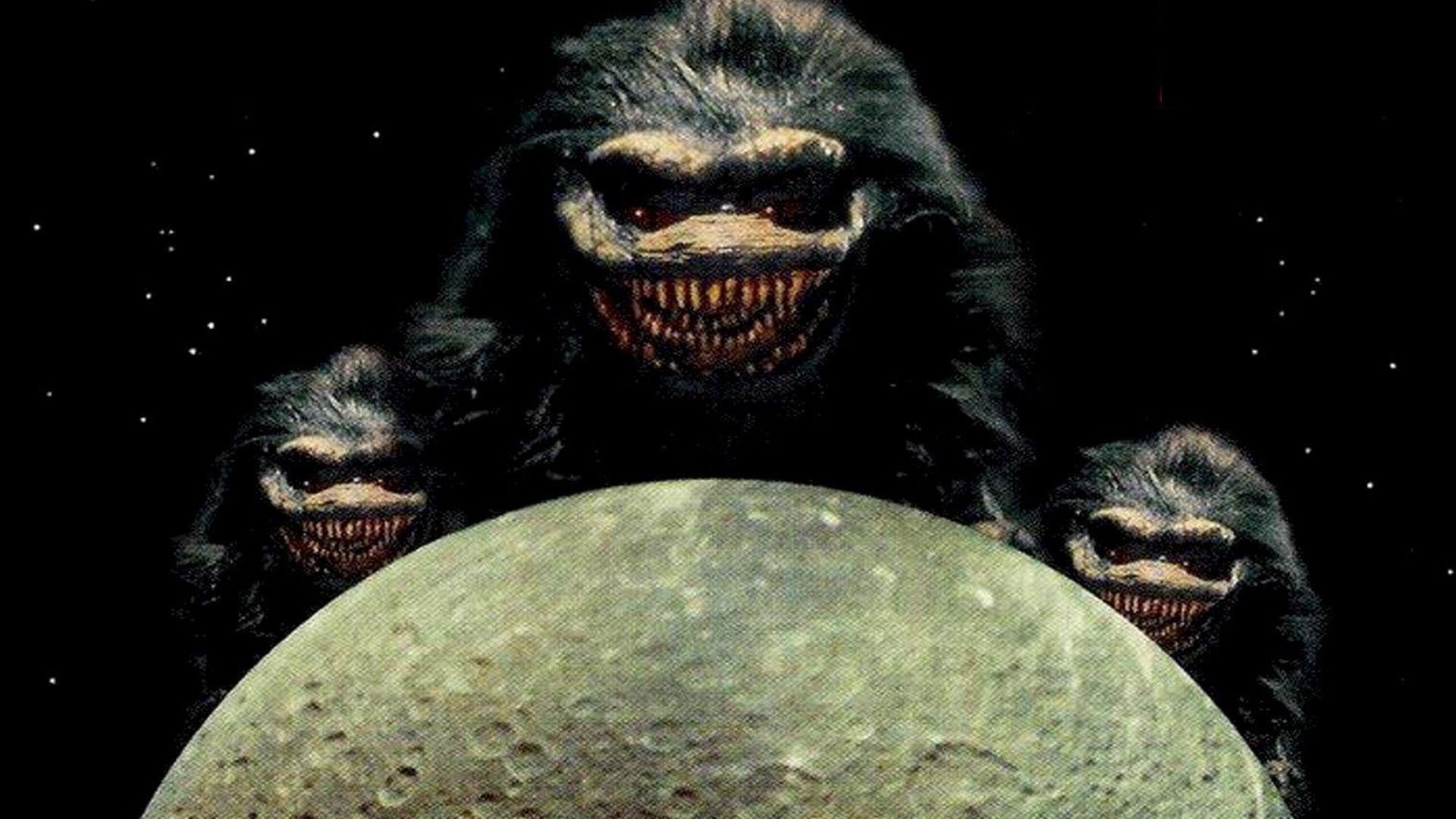 The very first horror franchise to set a sequel in outer space, you ask? That’d be Critters, which sent those lovable Gremlins ripoffs up to the stars back in 1992. Of course, the Crites are space beings to begin with, so Critters 4 was very much a natural progression for the franchise. It was filmed back-to-back with the previous installment, and they were released (direct-to-video) just ten months apart.

Directed by Rupert Harvey, Critters 4 picks up right where Critters 3 leaves off, with dim-witted hero Charlie being forced to load the last two remaining Crite eggs on Earth onto a preservation capsule bound for space. The Crites have become endangered species, you see, and despite the fact that they’re incredibly dangerous, the Intergalactic Council has deemed it illegal to cause their complete extinction.

From there we jump forward to the year 2045, where we meet the crew of salvage ship RSS Tesla. When they come across the aforementioned capsule, lost in space years prior, they unknowingly bring the two Crite eggs aboard the ship, and along with them comes Charlie – who hasn’t aged a day since 1992. Of course, it’s not long before the eggs hatch, and when Crite eggs hatch, we all know what happens next.

Much like Critters 3, which starred Leonardo DiCaprio, the most notable thing about Critters 4 is the cast. Franchise mainstay Don Keith Opper returns as Charlie McFadden – and gets top billing for a change – and so too does Terrence Mann as bounty hunter Ug. As for the RSS Tesla crew, Brad Dourif plays computer whiz Al Bert, Angela Bassett is badass chick Fran, and Anders Hove is the ship’s evil captain.

The cast is undoubtedly a fun one, and Dourif steals the show with his hammy performance, but one of the big problems with Critters 4 is that the characters are incredibly dull. In fact, the most amusing one in the whole movie is Angela, the A.I. aboard a space station that much of the film takes place on. She’s got a lot of spunk, humorously disobeying orders and often doing the opposite of what she’s asked.

Unfortunately, the fun of Critters 4 mostly begins and ends with the computer program’s repetitive hijinks. The film is quite often much more serious than it is entertaining, and that misguided tone couldn’t possibly have been any more inappropriate for this particular franchise. It’s a huge bummer that the fourth installment was the final one, because the series goes out on a dreadfully dull note.

But at least we have the Crites, right? Well, sort of. Like the other films in the franchise, the practical creatures were designed by the Chiodo Brothers (Killer Klowns from Outer Space), and though they look great as always, the lack of screen-time is totally confounding – this is, after all, a Critters film. It’s nearly 40 minutes before the eggs hatch, and even after they do, the Crite appearances are surprisingly minimal.

If there’s a highlight of Critters 4 it’s the death of Anders Hove’s character Rick, who is the film’s first victim. After the eggs hatch, two baby Crites immediately go on the attack, and while one latches onto Rick’s wrist, the other literally forces itself halfway down his throat. It’s precisely the sort of mayhem you’d want from a Critters sequel, but it’s really the only scene in this one that feels true to the spirit of the series.

For much of Critters 4 there are only two Crites at play, and there are also only two scenes wherein the angry balls of fur actually do what they do best – kill people, eat people, and make adorable Gizmo sounds. They just don’t really do much of anything, and the film amounts to little more than a waste of cool creature effects. It’s a far cry from the fun provided by the franchise’s previous installments, that’s for sure.

Perhaps the strangest aspect of Critters 4 is the reinvention of series hero Ug, who goes by the name Counselor Tetra and is, in many ways, the film’s main antagonist. Yes, Ug switches from good guy to bad guy, and since the script doesn’t bother to explain why, the character’s turn falls flat and feels like a crow-barred in twist. The film ends with Charlie killing Ug, which sort of makes me really sad inside.

Alas, Critters 4 is truly a Critters sequel that would’ve mostly been the exact same movie if the Crites weren’t even in it, because aside from throwaway appearances here and there, it’s mostly a film about boring characters walking around low-budget sets – borrowed from the 1982 film Android, by the way – and doing boring space things. That was a long sentence, and this is a long, boring waste of a movie.