A piece of flash fiction all about fun and games…

“Turning out the lights!” I called, before flicking the switch and plunging the room into darkness. No lights emanated throughout the entire house except the comforting glow of an occasional clock, and no sounds reached her ears save the hum of the heater and the pounding of her heart. She listened carefully.

Footsteps thundered overhead, and the woman’s breath caught in her throat. One foot took her closer to the door, and a hand reached blindly out in front of her for anything that could break her isolation and plunge her back into the real world. As far as she knew, with the lack of light could be the lack of anything. She could be standing in an empty void, where nothing existed but the ground beneath her feet and the humming of the heater. Who’s to say she wasn’t already? 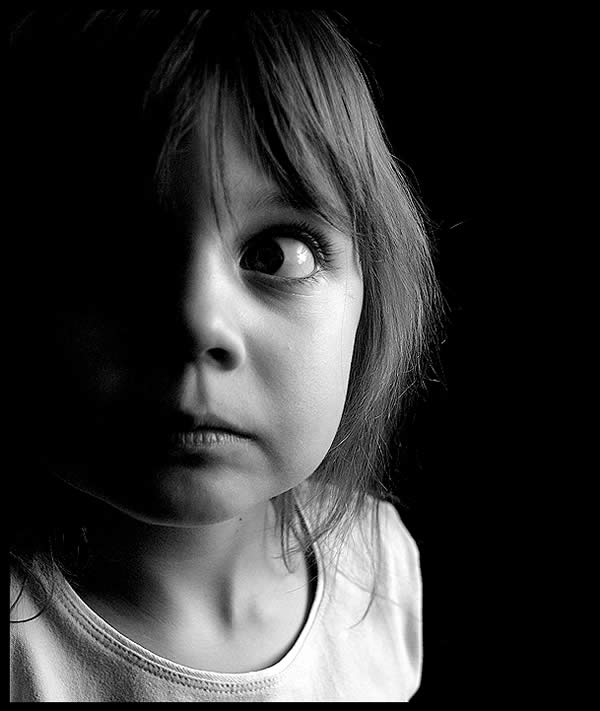 The answer came in the form of a table corner jamming into her leg. A shout escaped the woman, and the sounds of feet bolting about could be heard once more. Shrill laughter floated down the stairs and met her ears, and after uttering a hushed string of curses, she proceeded forward, fumbling blindly through the blackness until her hand met the wall.

Sweat beaded on her brow, and her breath grew quiet once more. One foot pulled itself in front of the other, leading her down the hallway and to the stairs. A toe met the soft carpet of the bottom step, and little by little, she made her way up. More footsteps thundered nearby. Something scrambled manically from the room.

“I heeeaarrr yoouu…” The woman taunted, creeping her way further up and around the corner. A hand trailed on the banister until it met wall, and wall reached out to the double doors of her master bedroom. One door was closed, one was ajar, and she drew her eyebrows together at once,

“Angeline, you know you’re not supposed to be in there.” She stepped into the room, pushing the door open enough to get through. No one responded, and exasperation welled in her heart. She bent forward and rested her hands on the plush cushioning of the bed. Something moved atop it, scooting back and away from her. Exasperation faded. The game was still on. A smile stretched across her face, pulling the skin around her teeth taut.

One leg drew itself onto the bed, then the other. Two hands rested on the cushions below. Her own breath began to sync up with another, and the smile grew, “I know you’re here…” she cooed, brushing one hand closer to the source of the breathing. The bed creaked again, and her victim tried to bolt across to the other side. However, before it could, the woman had it in her arms, pulling into a hug and allowing a shriek of laughter to escape her lips.

She squeezed the child even tighter, and noted it was much warmer than she recalled. A hand ran up its arm, its skin stretched tight over bone, and her eyebrows drew together once more, “Angie, are you alright?” She brought her hand to the girl’s face, which was much sharper and more angular than she remembered, before brushing it through her hair, which was far shorter than it had once been.

And as the little girl’s beating breath met her ear, and a head rested upon a shoulder, thundering footsteps were heard outside the door, and a child’s voice floated into the room,