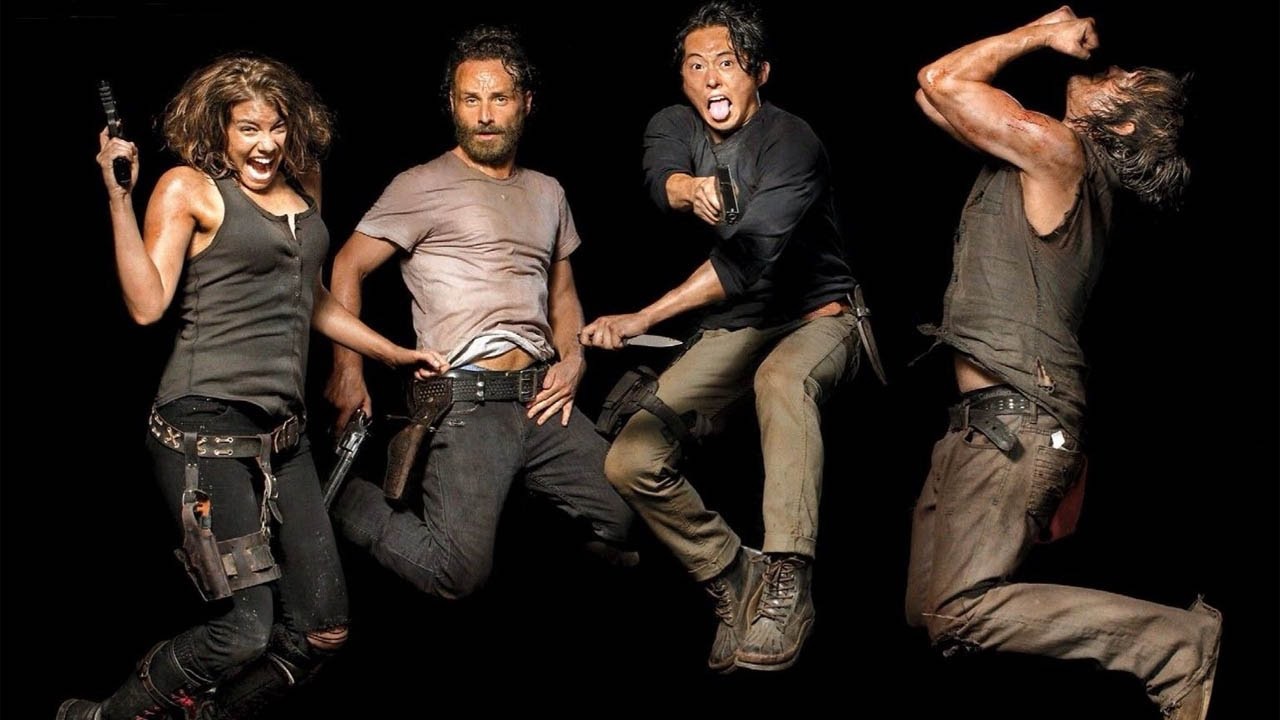 It probably goes without saying, but if you missed last night’s episode of The Walking Dead, or haven’t yet begun to delve into the show, this is one post you might want to avoid reading. So now that you have been warned, we shall proceed.

In last night’s premiere of Season 5’s second half, hammer-wielding Tyreese bit the proverbial bullet, dying a slow death after Noah’s zombified brother sunk his teeth into his arm. Visions of previously deceased characters dancing in his head, Tyreese was given somewhat of a poetic sendoff, the majority of the episode neatly tying up the loose ends of the character’s arc.

Though social media was flooded with outcries of shock and sadness over the latest character death, I personally found myself slightly numb to the episode, not quite feeling sad about Tyreese’s demise and not quite feeling shocked that they decided to kill him off. And though you could say that’s because I lack the necessary empathy to care about fictional characters, I think you’d be totally off base.

In the first four seasons of The Walking Dead, I shed more tears than I can ever remember a show making me shed – besides Six Feet Under, of course – with the deaths of Shane, Sophia, Hershel, Dale and Lori (yes, even Lori) rendering me an emotional wreck. Just thinking back to those moments breaks my heart all over again, so needless to say I’m as empathetic toward fictional characters as one gets.

Lately, however, that emotional impact has been sorely lacking from the proceedings, and it’s not just Tyreese that failed to make me feel something. Similarly, the fan community was both shocked and saddened by the gory death of crooner Beth in last year’s mid-season finale, another major character death that didn’t quite make me feel what everyone else seemed to be feeling.

So what’s going on here? Have I simply become less invested in The Walking Dead, as the series gets longer in the tooth? Have I become hardened and jaded by this apocalyptic world, just as the characters have? All of these things are certainly possibilities, though I think it has more to do with the simple fact that the show’s character deaths, as hinted in the headline, have become too obvious.

Fans often joke that you always know when a character is going to die, due to the fact that they suddenly get a lot more screen-time than usual, which is not really a joke so much as it is a truth. From the moment Tyreese started spewing wisdom at the start of last night’s episode, many had already begun predicting his death, and sure enough it wasn’t long before the fatal bite was administered.

As for Beth, her demise was heavily orchestrated in the first half of Season 5, with an entire episode being devoted to getting to know her. It was plainly obvious that she wasn’t going to be around much longer, and indeed it wasn’t long before she caught a bullet in her head. When it comes to these side characters, we only seem to get to know them right before they die, and the formula is wearing thin.

But it’s not just that the show’s character deaths have become too obvious, as it’s also an issue of the truly important characters seemingly being immune to the dangers of this world. Sure, one could argue that Beth and Tyreese were main characters, though I’d argue that they were underdeveloped walker bait from the start. Frankly, the only thing I was shocked about is that they made it as far as they did.

In the show’s first few seasons, there was a sense that anyone could go at any time, and though it’s possible that I’m misremembering, I recall being genuinely shocked whenever a character breathed his/her final breath. At the present time, it feels like it’s been an eternity since a truly important character has been killed off, which has lowered the stakes of the overall proceedings.

Granted, I know that guys like Rick and Daryl are likely never going to die, at least until the show’s bitter end, but the gang has become outfitted with so many underdeveloped characters that it’s been kind of hard to care about any of them. Like the friends of the final girl in a slasher film, most of them feel like victims-in-waiting, and when we finally do get to know them right before they die, it’s a situation of too little, too late.

What does The Walking Dead need to do, in order to raise the stakes back up and bring more genuine tension back to the fold? If you’re asking me, it’s time to kill off a MAJOR character, be it Glenn, Maggie, Carl or Michonne. More than anything, I need to feel something again, and I need to be reminded that this is a dangerous world – one wherein NOBODY is safe, at any given time.

The floor is now yours. Have The Walking Dead‘s character deaths become too obvious, or am I just being an old curmudgeon who likes to bitch about things? Comment below and let’s talk.