Have you ever watched a favorite movie for the umpteenth time and spotted something in it that you had never noticed before? Say, the Xenomorph skull in Predator 2? Or perhaps Freddy Krueger’s glove hanging above the woodshed door in Evil Dead 2? How about the Necromonicon, in Jason Goes to Hell?

Spotting these little ‘Easter eggs’ is what makes re-watching movies so much fun, as there are oftentimes things going on in the background that are only visible to those with a keen eye. Though it’s not yet Easter, we’re going to go on a little hunt here on HL today, shining the spotlight on seven particularly fun eggs you might’ve missed.

So come along with me, won’t you?! 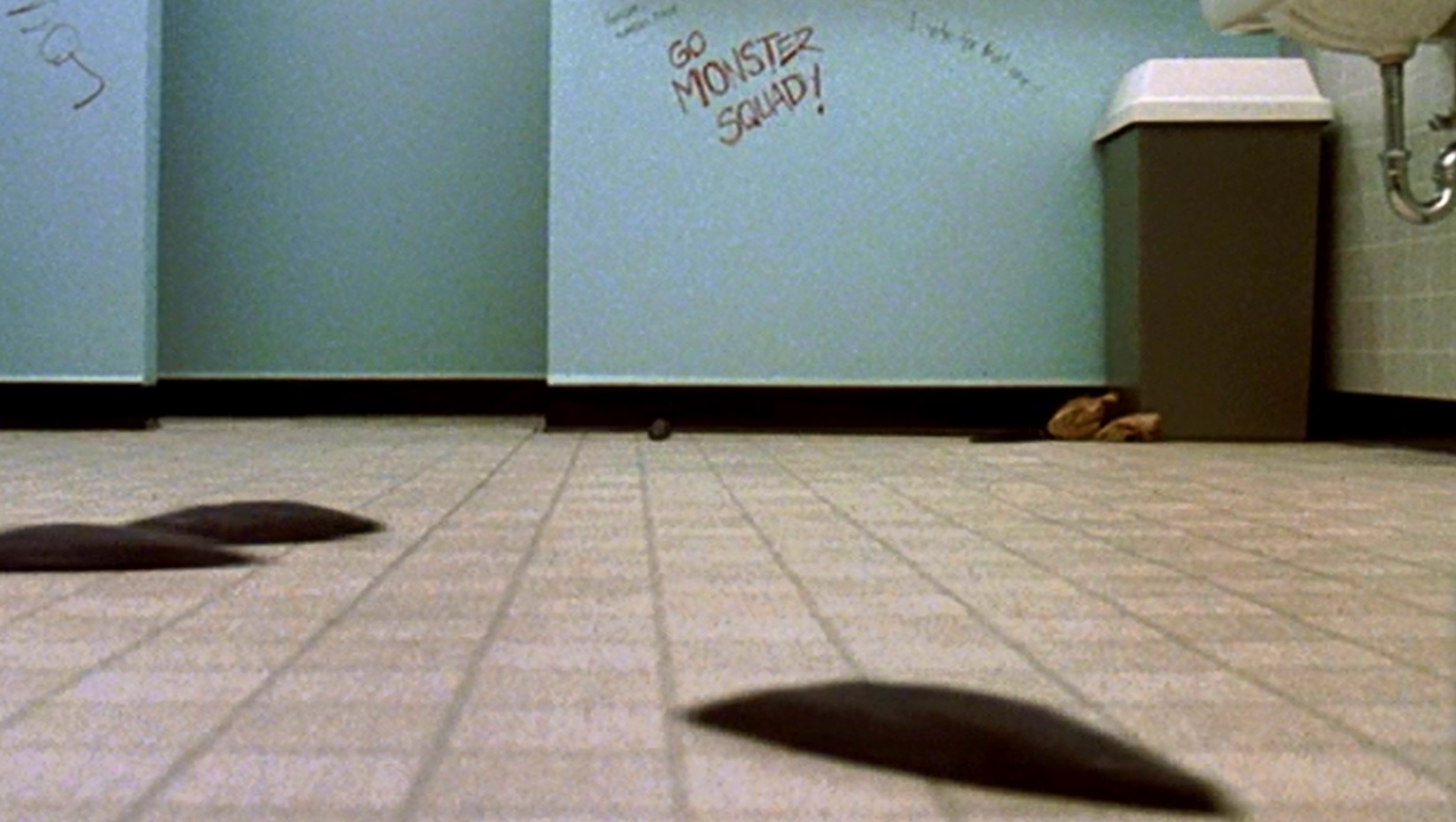 1) It was in 1986 that Fred Dekker made his feature debut with the cult classic Night of the Creeps, which he followed up the next year with The Monster Squad. In the scene in Creeps wherein the disabled J.C. is dodging slugs in the public restroom, briefly seen wall graffiti reads ‘Go Monster Squad!,’ foreshadowing Dekker’s next film. Talk about the writing being on the walls!

2) Quentin Tarantino’s Grindhouse segment Death Proof features a blink-and-you’ll-miss-it homage to another beloved Kurt Russell movie, which can be seen up on the wall at the bar the first group of characters are hanging out in. Yup, that’s Jack Burton’s tank-top from Big Trouble in Little China, which hangs directly behind the spot where Stuntman Mike is sitting. From what I’ve heard, it’s one of the actual shirts Russell wore in the film. 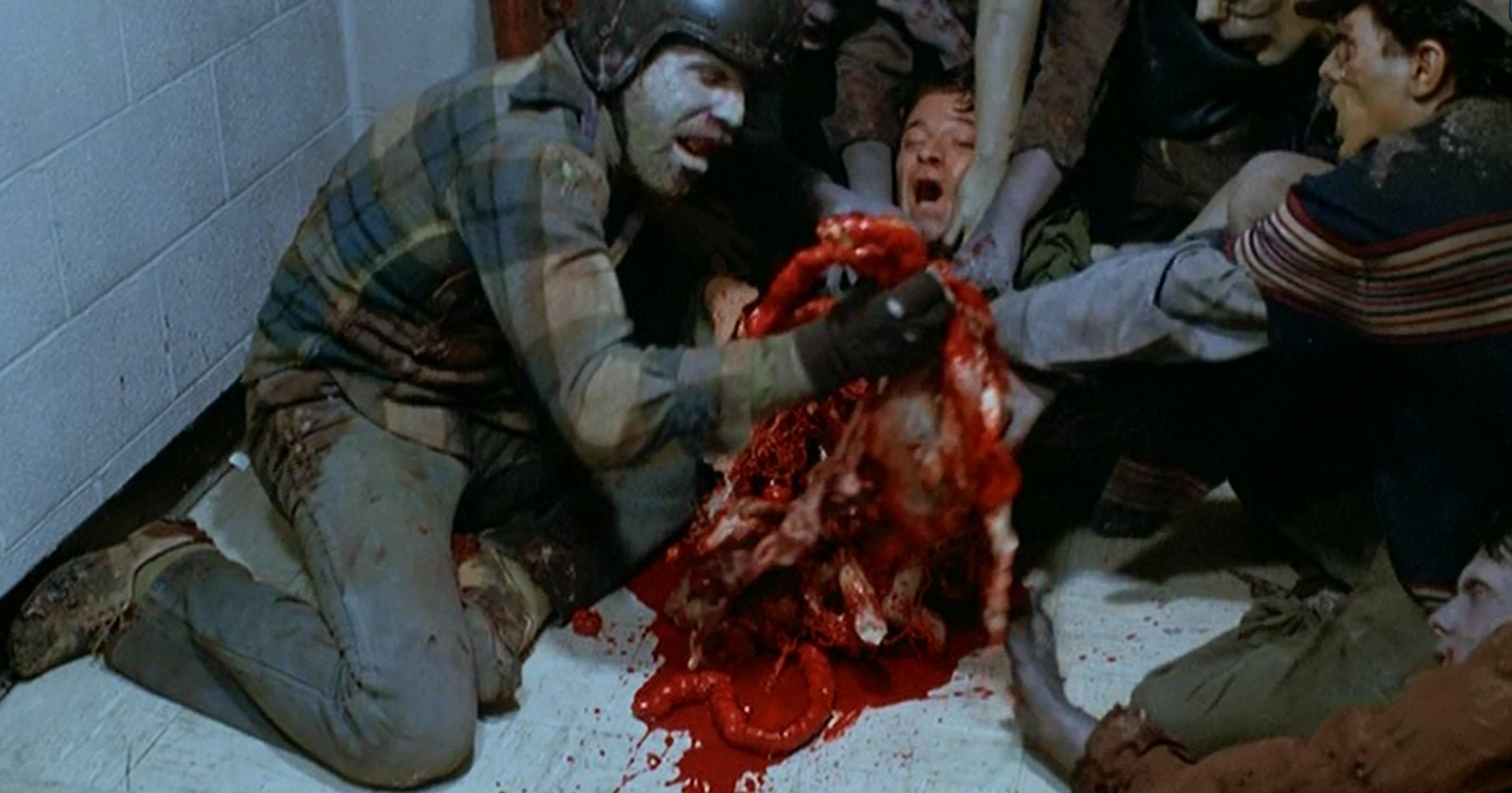 3) You’ve probably watched the scene in Day of the Dead where Captain Rhodes gets ripped apart by zombies a few hundred times. But did you ever notice that one of the zombies pulls what looks to be a chicken out of his stomach? Romero and Savini joke about this in the DVD commentary for the film, hinting at the fact that Greg Nicotero may have mixed in a rubber chicken with the blood and guts. Though it’s never been confirmed, a close inspection of the contents of Rhodes’ stomach reveals what damn sure looks like a chicken! 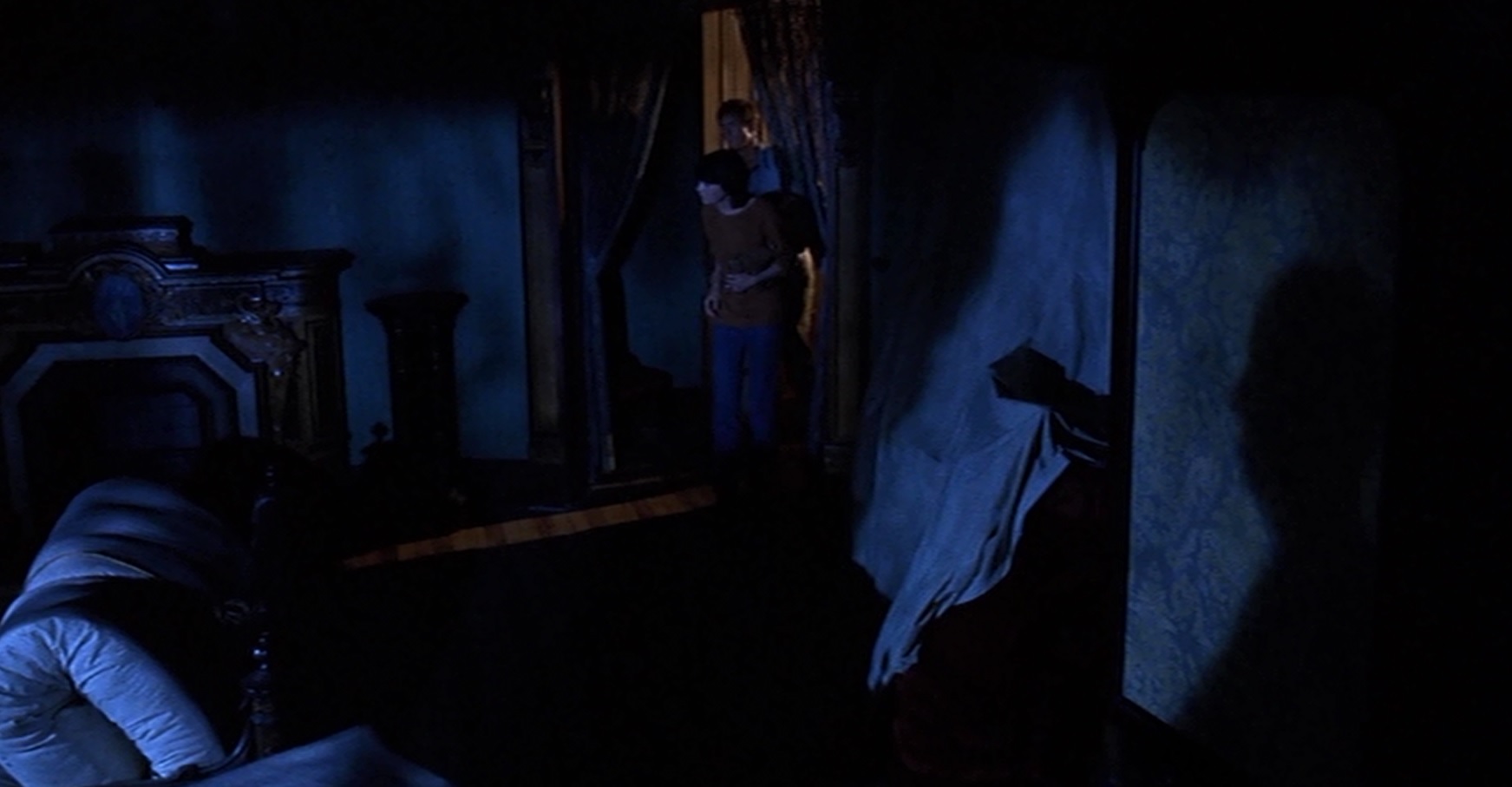 4) Alfred Hitchcock was known for his many cameos in his own films, popping up for brief appearances in movies like Psycho, The Birds and Vertigo. Though he passed away a few years before it was made, Hitchcock even managed to make a quick cameo in the decades-later sequel Psycho 2, which was directed by longtime friend Richard Franklin. At one point in the film, Mary Samuels and Norman Bates enter Mother’s room at night, and a shadow in the shape of Hitch’s iconic silhouette is seen on the wall. 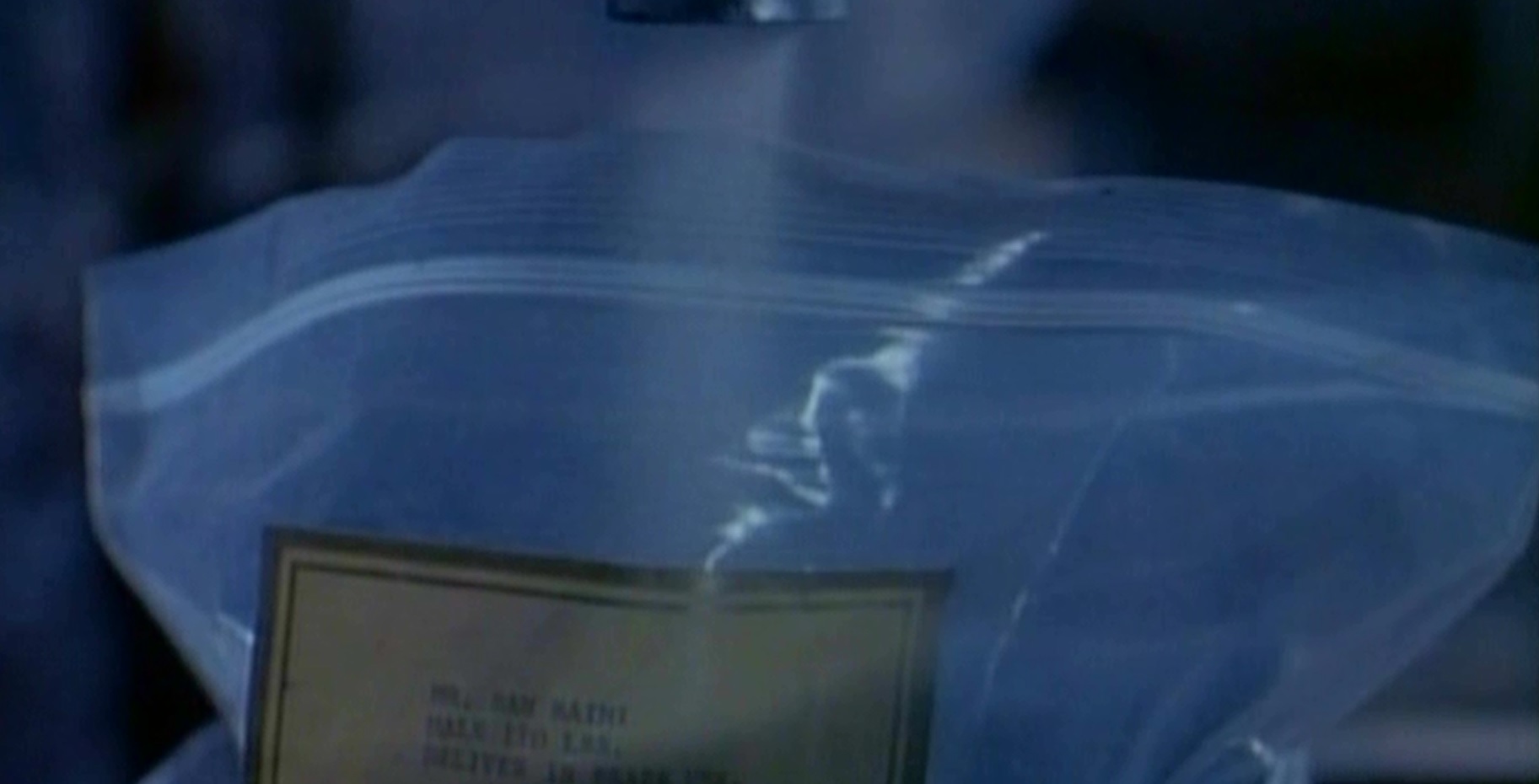 5) At the crematorium near the end of Phantasm 2, a mortician is seen emptying the ground up bones and ashes of a recently cremated body into a plastic bag. If you look closely, you can see that the bag he empties the remains into is labeled Mr. Sam Raimi, an homage to the director of The Evil Dead. Ash was of course the name of Bruce Campbell’s character in that franchise, adding another little layer to this hard-to-spot homage. 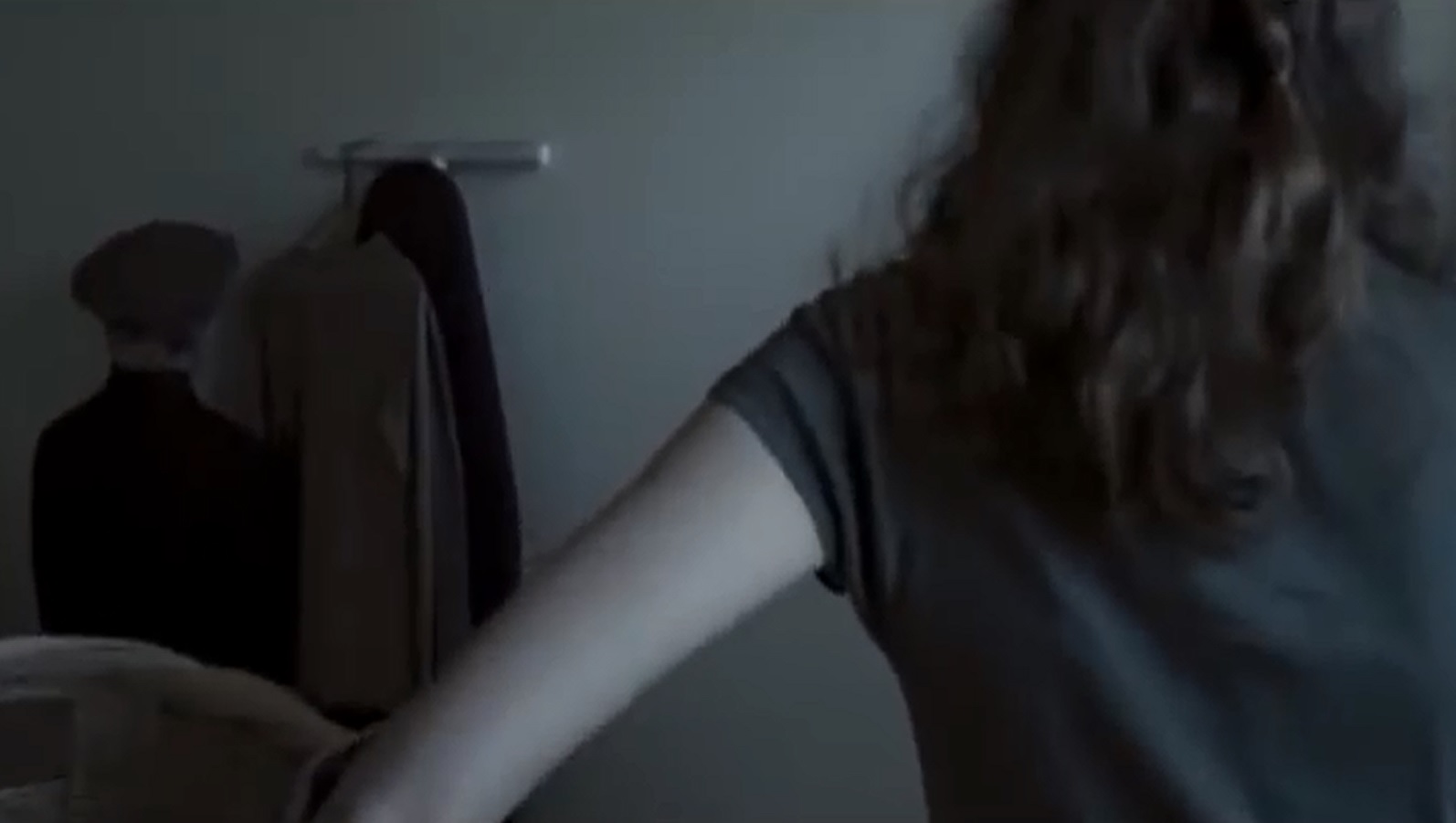 6) While it’s likely that you noticed the chalkboard drawing of the Saw puppet in James Wan’s Insidious, you might have missed another Easter egg in the film, which is quite frankly nightmare-inducing. Remember the creepy scene where a young ghost boy dances to the tune of Tiny Tim’s ‘Tiptoe Through the Tulips’? Well, the dancing boy is actually glimpsed shortly before the scene, in a brief moment that’s hard to un-see, once you spot it. Watch the scene on YouTube and don’t blame me if you can’t sleep tonight. 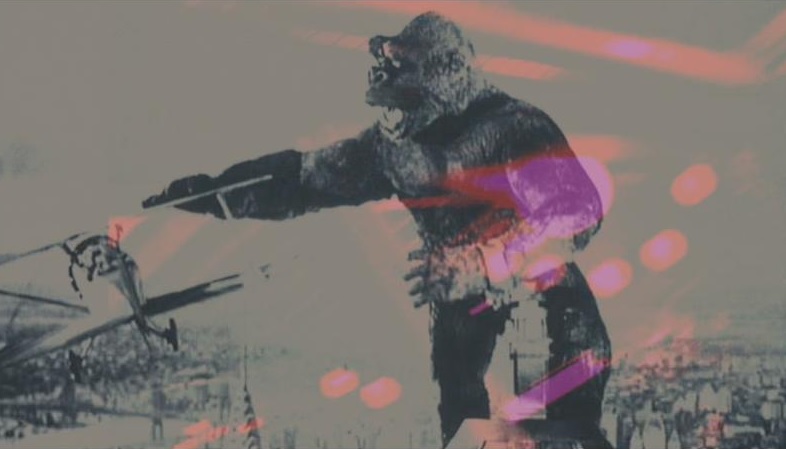 7) We take a closer look at Cloverfield for this last one, which is an almost subliminal hidden treasure. After the monster attacks the helicopter toward the end, the camera cuts out and the footage distorts. When watched frame-by-frame, you’ll notice that a single frame from the original King Kong is spliced in at this very moment, showing Kong swatting a plane from the sky. Images from Them! and The Beast from 20,000 Fathoms are also spliced in, earlier on in the film.

Have you spotted any other fun little horror movie Easter eggs? Comment below and let us know about them!