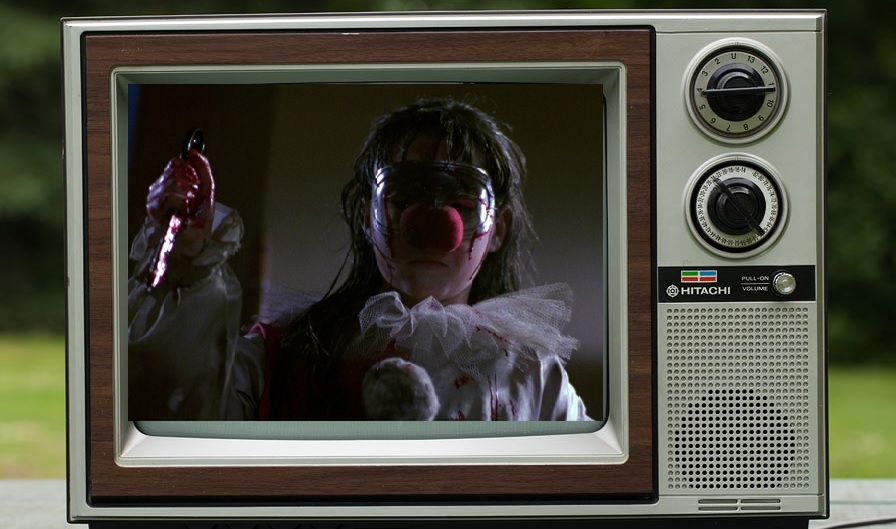 This week marks the beginning of October, which officially kicks off this year’s Halloween season. Of course, those of who are ride or die for the holiday have spent the past month celebrating the impending arrival of the big day – and those of us here on Halloween Love quite frankly spend the entire year doing so – but once October arrives, the season kicks into full swing in a big, totally awesome way.

One of the coolest things about every Halloween season is that television networks embrace horror movies in a way they rarely do throughout the rest of the year, and even if it’s in the name of ratings, it’s a good thing for us all. Channels like AMC, Syfy, and even ABC Family are known for their annual horror marathons, beginning in the weeks before Halloween and playing straight through the night itself.

There are of course downsides to horror movie marathons on television, the biggest being that the films are often edited in such a way that many of the good bits are completely excised. Franchises like Friday the 13th and Halloween, staples of these holiday marathons, are known for their nudity and graphic violence, and the absence of the gore, in particular, makes those TV airings feel quite incomplete.

**Annoyed by TV edits? Here’s a great way to have some fun with them, courtesy of Graveyard Shift Sisters!**

Only joy one can get from edited-for-TV horror is pointing out the moments of sex, gore, and cussing that were cut. This is a drinking game.

There’s also the fact that marathons like AMC’s FearFest and Syfy’s 31 Days of Halloween show movies that most fans have not only seen countless times, but also own in their collections (often several times over). My horror DVD/Blu-ray collection is quite extensive, and I indeed do own 95% of the movies those networks play throughout October, so you’d think I would care very little about edited versions of them airing on TV.

But despite the fact that I can watch those movies whenever I damn well please – unedited and without commercial breaks – there’s still something so special to me about my favorite horror movies being shown on TV in the Halloween months. I’m well aware that my excitement about the arrival of FearFest, for example, may seem to defy logic in some ways, but TV marathons provide something DVD collections simply cannot…

The thrill of watching horror movies with thousands of other fans, across the country.

When I slide a horror film into my DVD player, it’s just me watching the movie. But when I sit down on my couch with a bowl of popcorn and a six-pack of pumpkin beer, ready to consume whatever fright flicks a network like AMC is serving up, I’m doing so with the knowledge that COUNTLESS other fans are doing the same thing, at the same time. It’s a bonding experience, even if we’re bonding from afar.

Especially now that Twitter is an integral part of our society, that shared experience is even more of a treat, as we’re able to interact with one another and discuss those movies as they air. A simple search of pertinent hashtags on those October nights will turn up thousands of horror fans who are watching and sharing their thoughts along with you, giving an event feel to even the most unremarkable of films.

It’s also just plain nice to have an endless stream of horror movies queued up for your viewing enjoyment, without having to get up off your ass and swap out DVDs or choose what movie you want to watch next. Horror marathons take care of all that pesky legwork for you, often encouraging you to watch movies you may own, but would never actually choose to spend a precious October night with.

Even if you’re not paying close attention to the screen, there’s a certain joy in just having horror movies on as background noise. If you come into my house on any given night in October – and please don’t, unless I invite you – there’s a good chance you’ll find me sitting in my office with AMC on in the adjacent living room, and there’s always a sense of comfort that comes along with the sounds of horror filling my home.

On paper, televised horror marathons may not seem to provide anything that us fans can’t provide for ourselves – and again, they may actually seem to provide less, given the inherent restrictions of edited-for-TV cuts (plus those annoying commercials) – but they’re a staple of the Halloween season that I can’t imagine the Halloween season being without – as integral to the overall mood of the holiday as pumpkins and candy corn.

Horror marathons like FearFest are the last vestiges of a world where channels like FEARnet and Monsters HD were able to thrive and survive. And since they’re only around for a month every year (sometimes less), I urge you to cherish them when they are – regardless of how big your DVD collection is. Because you just haven’t seen Tremors 2 until you’ve live-tweeted Tremors 2 with your fellow horror fans.

And I’ll take that statement to the bank.