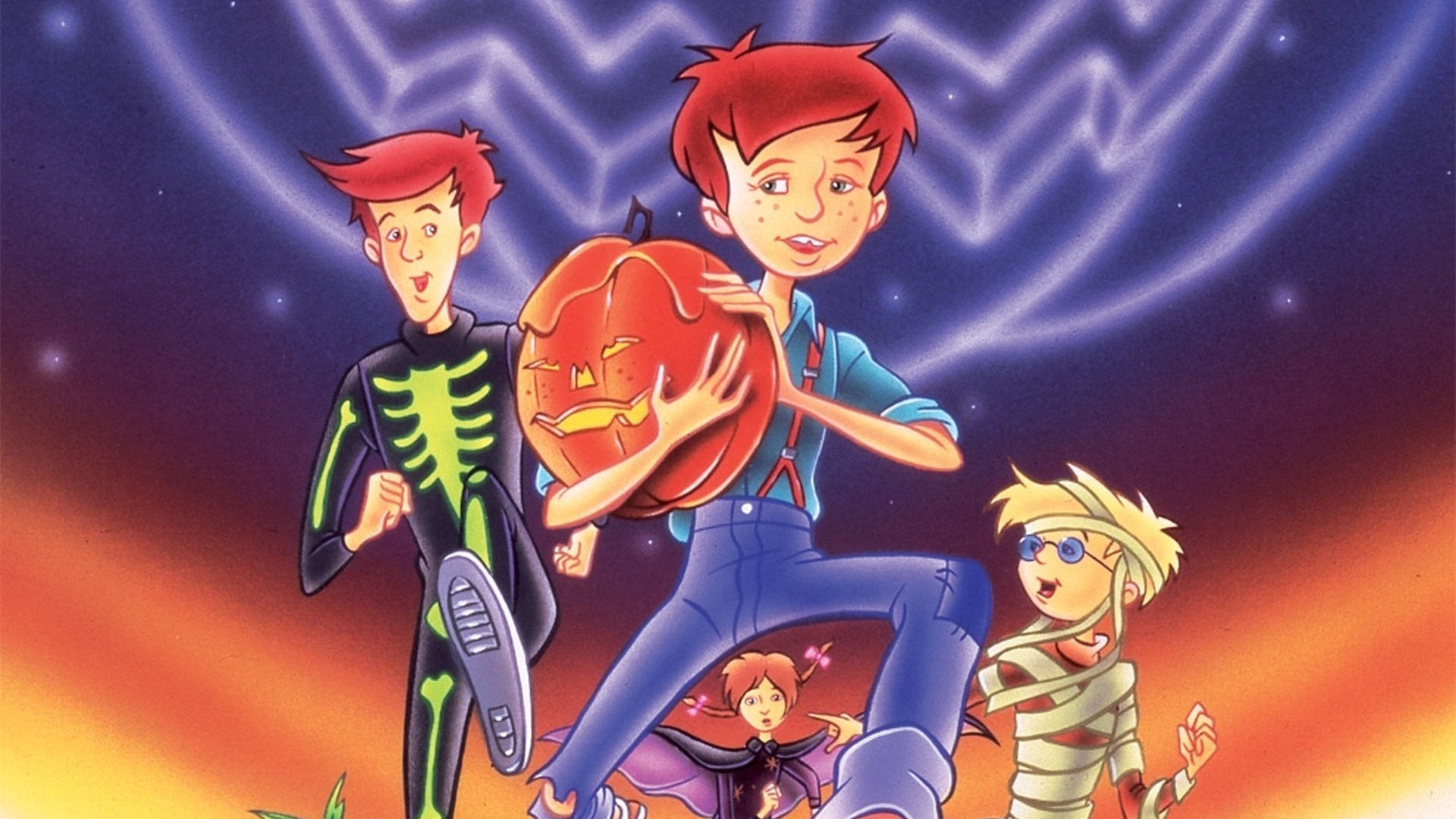 Based on a story and narrated by Ray Bradbury, this is the story of three children dressed as a witch, a skeleton, and a mummy, who have to chase down the spirit of their dying friend on Halloween night to resinsoul his body with the help of the old creepy man (played by Leonard Nimoy). Now I have simplified the plot, but this film really shows you a heartwarming story of three kids who won’t give up on their best friend on Halloween night after they find out he’s very sick. In the book, it’s worse than the movie. The kids learn a great lesson of what their costumes mean and what cultures they come from as a witch, mummy, skeleton, and monster. The animation is top-notch for its time and would not mind seeing this turned into a live-action movie if they could rate it PG-13 and give it some edge. Nimoy is perfect and sounds more like Galvatron from the Transformers movie than Spock.

A film based on a short animated film the director made blow up in a way no one expected, not even the studio who funded it. They didn’t even think they could turn a profit on the movie cause they shelved it before it ever saw the theater. This movie has 4 stories of Halloween interwoven among them and has the thread of a little boy Sam who is in essence, the spirit of Halloween. Never blow out your candles before midnight, check your candy, never trick or treat alone. The actors in it are all top-notch from Anne Paquin, who at the time was hot on True Blood, Dylan Baker from the Spider-Man movies, Brian Cox, and many others.

The Disney cult classic (and I mean that like any other cult film). A disaster at the box office, having been released in the summer and not October it found its second life in video rental stores (a place you had to go and rent a film in person and not stroll through streaming apps). The plot is about a virgin who releases the 3 Sanderson sisters on Halloween night and he, his kid sister, and the girl at the door need to stop them before the end of Halloween. Witches that eat kids’ souls and they are a trio of bumbling fools when they do it. If this was a straight up horror movie, I can see them really upping the violence and bloodshed. It’s a classic movie based on a story where the writer told his daughter about a stray cat they saw one day and he created a legend for Halloween every year.

On Halloween night in 2015, Patrick “Trick” Weaver massacred his classmates at a costume party. After being arrested, he managed to escape police custody, but not before being shot five times by Detective Mike Denver. Everyone believes Trick must be dead, but when a masked killer reappears the following Halloween, a manhunt begins. This could be called a ripped-off version of Halloween, but it’s up for your interpretation. Directed by Patrick Lussier, it’s a good attempt at making a new slasher that’s not wearing a Capt Kirk Mask.

A Vampire Comedy that may not have much to do with the holiday of Halloween as much as it has to do with the countess on Halloween night, who needs to drink the blood of a virgin three times by the end of Halloween night, otherwise she will lose her beauty. It gave us Jim Carrey and the notable dance sequence between the Countess (Playboy Playmate of the Year Laura Hutton), Carrey, and his girlfriend Robin. There is a Halloween dance at Mark and Robin’s school as well that has Robin dressed as Jack and Jill and Mark wins best costume for being dressed as a vampire… uh sure.

A group of friends get together on Halloween night for a party they will never forget and one by one, each of their party members get horribly killed or turned into a demon in this ’80s horror classic that is important for one big note of having a female protagonist, and you can count on one hand the number of female bad girls in horror in the ’80s (Mrs. Voorhees from Friday the 13th, Reginne Dandridge from Fright Night Part 2). Using the night of Halloween as the setting helps the film with its spirit world connection and ties together in a great way for people to be possessed. Ignore the 2010 remake.

After DJ’s neighbor across the street, Mr. Nickerback, has a heart attack, DJ and his friends think the house is not haunted but alive and after it nearly kills a dog, his babysitter’s boyfriend, and a couple idiot cops, it’s up to him, the new girl in town, Jenny, and his best friend Chowder to stop this house from eating anyone else once and for all on Halloween night. What they believe to be the legend of the house and the old man’s wife they find out to be so much more and to learn a lesson about believing in rumors about people unless you know the truth and perpetrating those rumors as well as growing up through puberty and friendship. The fact that the film takes place on October 30th and 31st, ties to the legend of what happened to his neighbor’s wife in a very unique way.

A slasher movie at a theme park on Halloween night is a throwback to classic ’80s horror movies in all the best ways, with annoying characters you can’t wait to see die, but also a really well-put-together cast and a landscape of a film that’s not just a set in a warehouse. On Halloween night, four friends and their dates go to Hell Fest, a spooky world horror theme park (think Universal Studios’ Halloween Horror Nights).

Ten short stories revolve around ghosts, ghouls, monsters, the devil, aliens, and axe murderers who terrorize a suburb on Halloween night. Take Trick r Treat and up it to 100, and this is what you get. The thing I loved about this was the package came with a soundtrack for all the shorts and you have a great list of talent involved like Lin Shaye, Barry Bostwick, Adrian Barbeau, Adam Green, John Landis, Joe Dante, and more. You get some good with some bad, but overall a great collection of horror shorts that really show the spirit of the holiday.

Ernest, played once again by the late great Jim Varney, is working as a garbage collector in a small Missouri town. Despite the warnings of superstitious local Old Lady Hackmore (played by Eartha Kitt), he accidentally unleashes a devious troll named Trantor, a slimy creature confined under a tree for 200 years. The troll and his ilk were responsible for the deaths of several children and Ernest’s ancestor was the troll hunter who stopped him. The night of Halloween is key to the plot line as the troll continues to suck up the souls of kids and turns them into wooden dolls and only through specific ways for a PG movie can the trolls be stopped. The opening sequence of Ernest reacting to classic black and white horror movie clips is my favorite part of the movie and is worth a watch every Halloween.