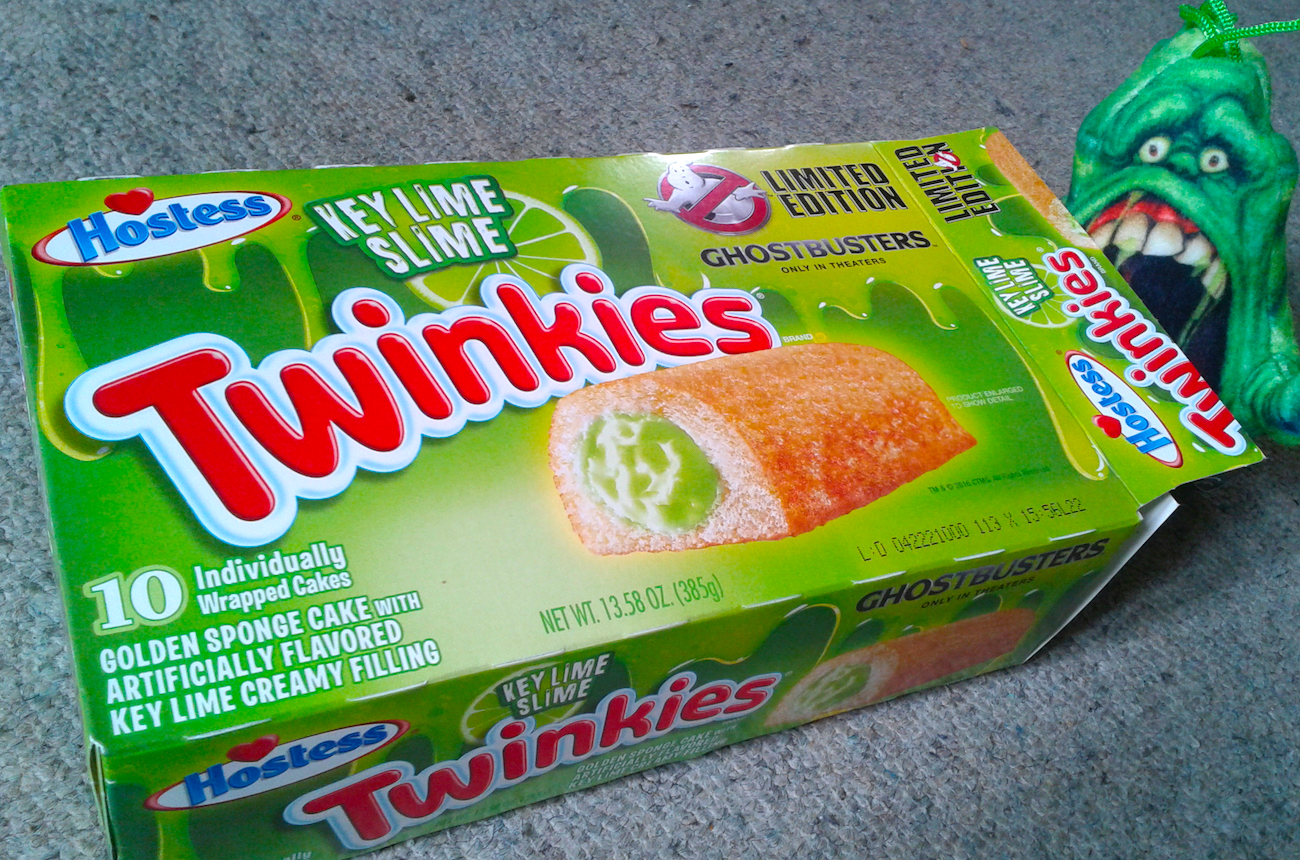 Before last Wednesday I had consumed exactly ONE Twinkie in my entire life!

The year was 1998, and I had travelled from the UK to New York for a three day visit. I wanted to see everything, DO everything, and most of all visit filming locations featured in GHOSTBUSTERS! My hotel was as cheap and nasty as they come, but there were no blood stains on the carpet, and the owners were keen to draw my attention to a tray of complimentary cakes at the front desk, so that was good enough for me! In the middle of the tray was a lone Twinkie which I immediately recognized and thrust into my pocket while thinking of Egon Spengler.

I was an English Ghostbusters fan who had finally made a pilgrimage to New York, and the first thing I consumed in the Big Apple was a Twinkie. Life was GOOD!

Fast-forward to present day, and I discover that my local supermarket has shipped over some of those ‘Key Lime Slime’ Twinkies I’ve been hearing so much about. This place struggles to supply milk half the time, but apparently rare limited edition Ghostbusters cakes are no problem! 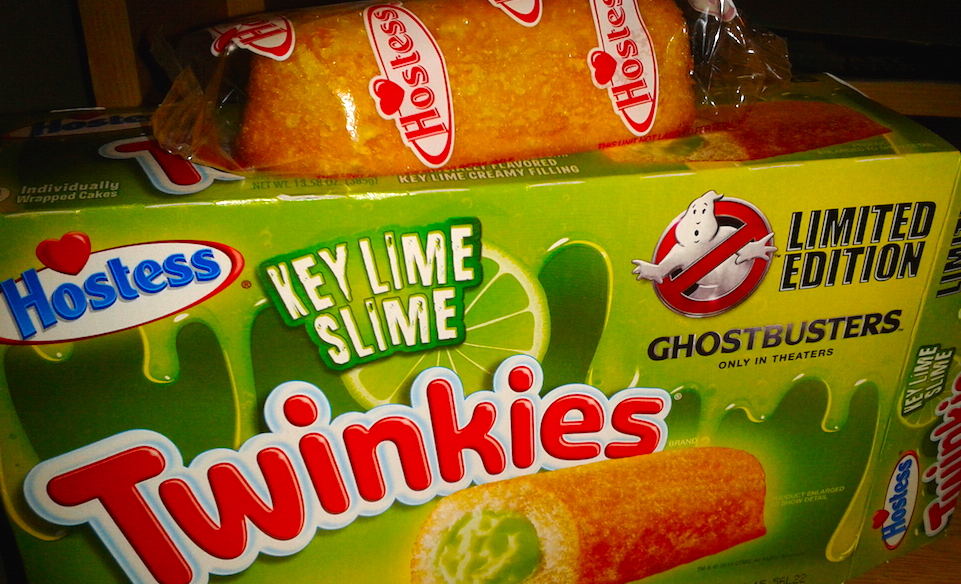 They were expensive (import costs I guess), but that wasn’t going to stop me gently placing some into the trolly while I sternly told my girlfriend not to put anything on top of them because I wanted to “keep the box!”

The cakes are just as delicious as I vaguely remembered and hoped they would be. Moist and soft with an enticing smell and they taste SO good, but I gotta say the Key Lime Slime was SLIGHTLY disappointing. To me it was just a bit bland, with only a subtle hint of lime in there. That said, it does mean your tastebuds aren’t dominated by the filling, and that smooth golden sponge never disappoints. 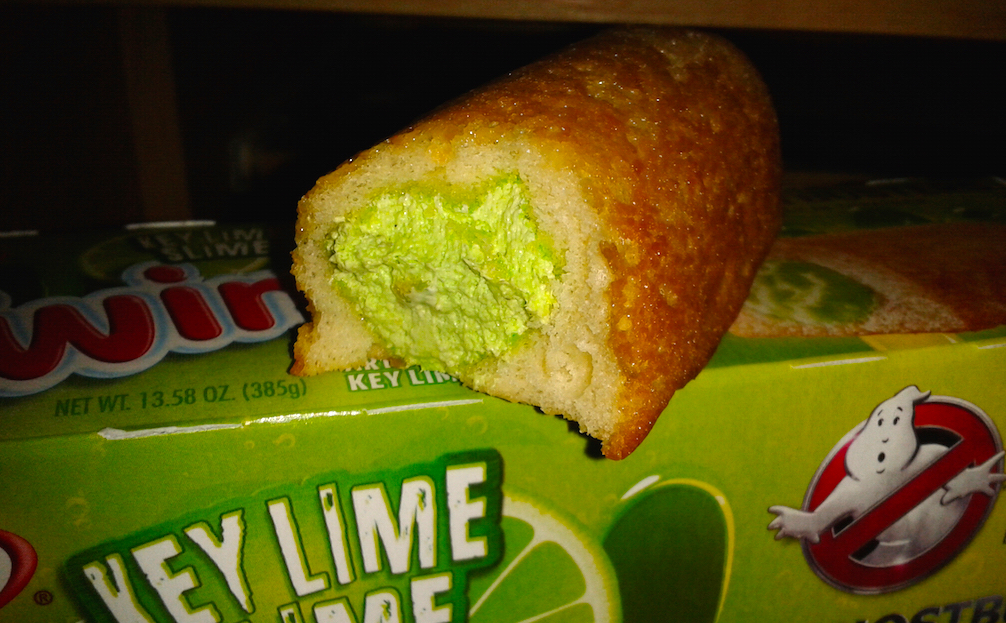 I destroyed the entire box of ten in just two days, and not a single stomach ache or gastric objection has come my way. These things are dangerously easy to eat, look cool, and have got people excited and talking. It was eighteen years between my first and second Twinkie, but I’ve got a feeling the average will be about eighteen HOURS from now on.

These get a big thumbs up from me, and this re-emergence of Ghostbusters goodies is very hard not to love.

Now, COME ON Britain, where are the fucking Ecto Coolers?! 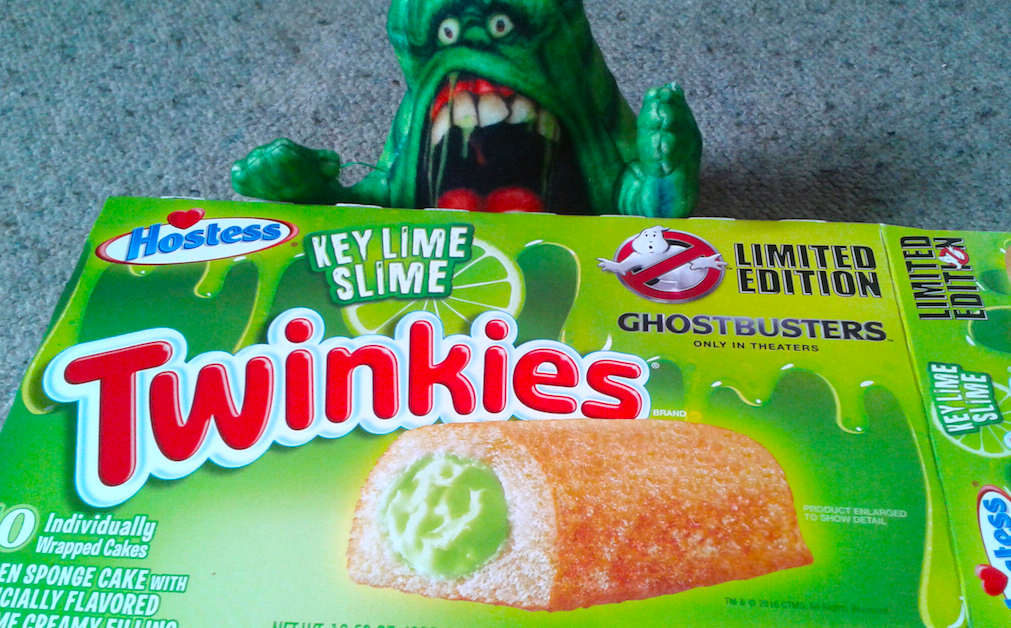