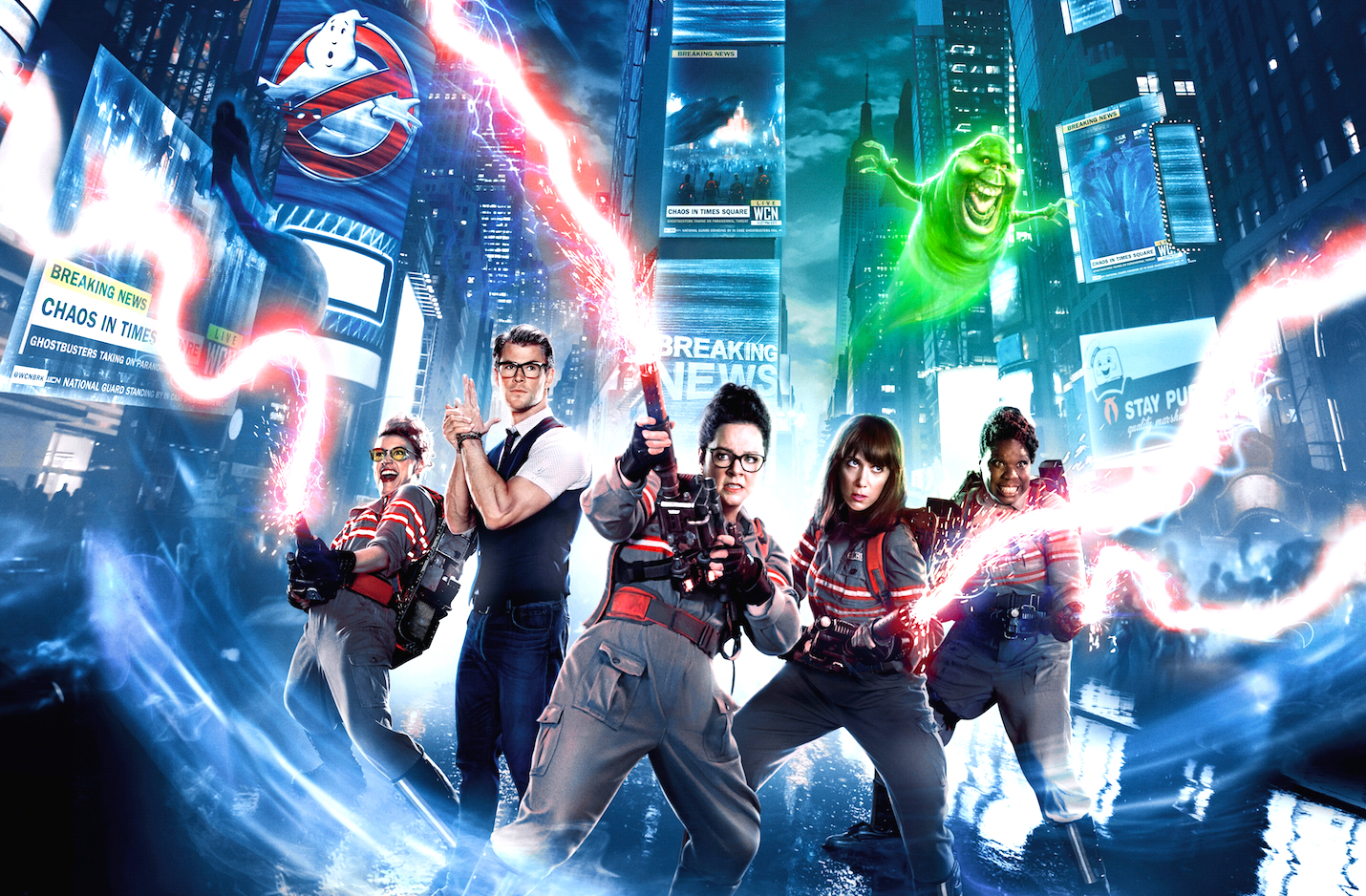 “Mass Hysteria” … ain’t that the truth!

It feels like the population of planet Earth has been talking about Paul Feig’s new Ghostbusters movie FOREVER! And when I say talking, I actually mean arguing, moaning, and panicking! I’m surprised the damn thing didn’t bring about the END OF THE WORLD!

The most important thing to know about the movie is that it was NOT worth the chaos. It really, really wasn’t. It’s far from being a great movie, but it’s inoffensive and perfectly pleasant to sit through. Feig never pushes any kind of agenda as far as I was concerned, and all four actresses were watchable and did everything they could to make this a memorable experience. Sadly, it was the script and pacing of the film that failed them in the end.

Ghostbusters 2016 starts slowly, then it settles into a leisurely groove that features some easy-going and fun set pieces every 10 to 15 minutes. Along the way we get introduced to a creepy little dude called Rowan (Neil Casey), who is setting up something big and potentially apocalyptic, but his evil scheme is far too vague and uninteresting to even remotely care about. Then BAM … we’ve reached the climax of the movie and you kind of sit back and think “That’s it?!”

There are some enjoyable little moments within the finale, and Slimer’s involvement is actually really fun with some appropriate behaviour from the little rascal, but like the rest of film it just isn’t particularly exciting or engaging. If you’ve watched all the trailers and TV spots then I’m afraid to say that you’ve seen just about ALL of the Times Square battle, and from there we get to witness Rowan transform himself into a giant version of the logo ghost, who VERY swiftly gets defeated without really doing anything worth talking about. It’s just all so frustratingly pedestrian and seriously lacking in imagination and structure.

The story is WEAK … and if it weren’t for the energy and commitment that Wiig, McCarthy, McKinnon and Jones bring, then this movie WOULD have been a confirmed dud. Our female Ghostbusters did good, and if you hear differently in other reviews I’d personally ponder the possibility that the writer involved was determined to hate them long before he OR she actually watched the finished movie. I’m certainly not immune to that. I was CONVINCED I would loathe the character of Kevin (Chris Hemsworth), but the truth is he just isn’t worth getting worked up about. Like so much in this film he’s just cheerfully adequate, and successfully avoids stinking the place out, which was a pleasant surprise.

What I will say about Kevin, is that he is possibly the most underdeveloped and wonderfully random character I’ve ever seen in a mainstream movie. His whole purpose for existing in the story seems to ALL come down to a brief moment toward the end, where his physical strength is needed and utilized after being possessed by Rowan. That’s pretty much it! The rest of time he’s just contributing easy laughs thanks to the sheer magnitude of his over the top stupidity. 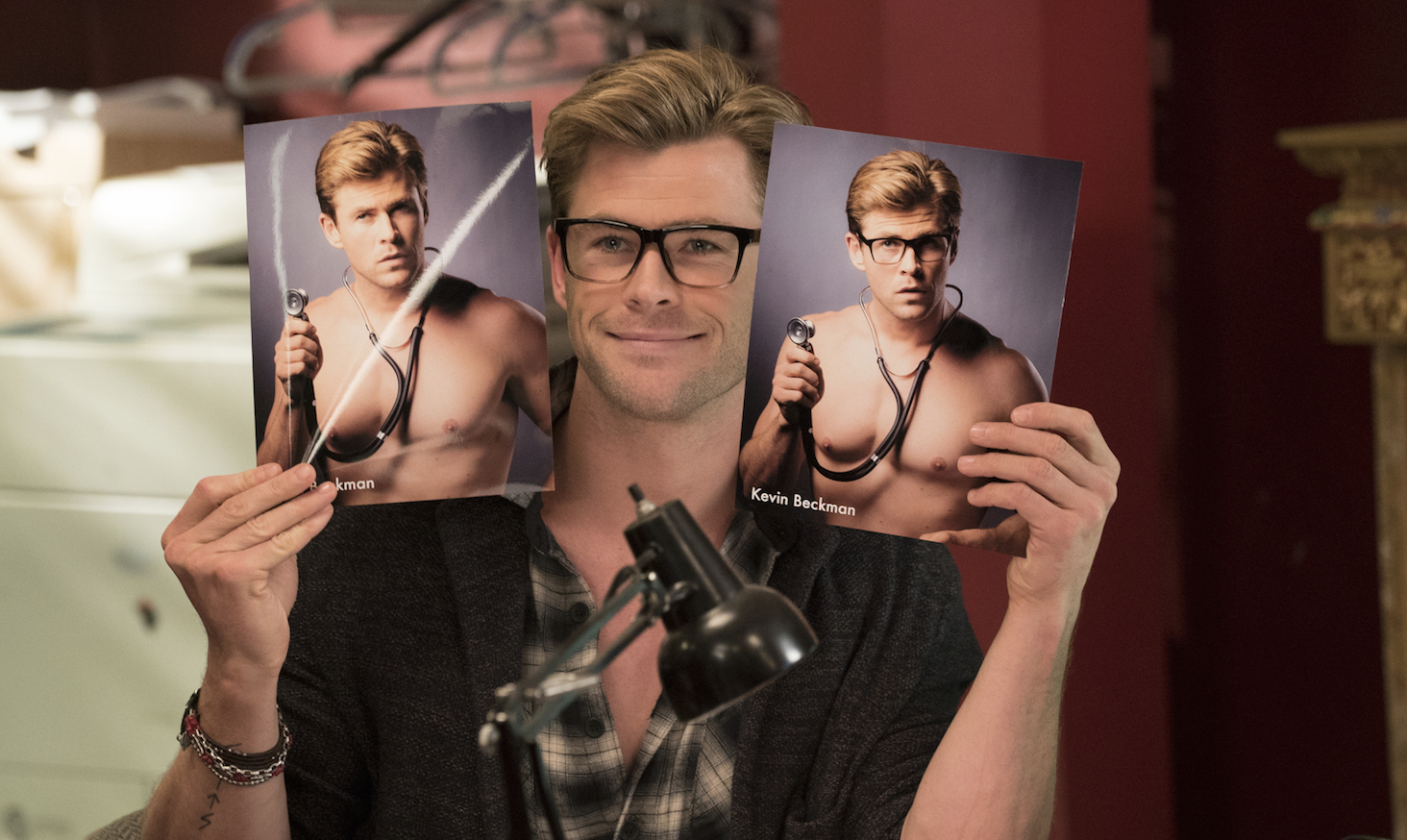 It’s no secret that the original cast all show up throughout the movie in brief cameo appearances (no Rick Moranis sadly), and these little moments are less jarring than I expected them to be. Bill Murray gets the biggest role to work with, as a dapper paranormal skeptic who is brutally dispatched just as you start to enjoy his presence. Dan Aykroyd is brilliant as a typical no-nonsense New York cab driver. Ernie Hudson shows up right at the end as Patty Tolan’s Uncle. Annie Potts plays a hotel desk clerk, meaning she still can’t escape answering a phone! And best of all, just as you think they forgot to include Sigourney Weaver, she appears and manages to put a big dumb smile on your face as the end credits start to do their thing.

Soooo there you have it for now. Feig’s Ghostbusters as a finished product will sadly continue to be argued over for all eternity because nobody really wins this geek battle. It’s not nearly shitty enough to prove that the many doubters were right to try and destroy it online, but the script isn’t brave enough or strong enough to make it a movie that can be classed as a totally successful endeavour. And isn’t that EXACTLY how so many of these polished remakes in recent years have turned out! Technically impressive, fun within the dark cinema environment, but totally lacking that magic spark which elevates a movie into the realm of greatness.

The ladies deserve another shot at this, but Feig needs to improve everything AROUND them considerably.

Now, can we all please try to relax a bit. Your childhood remains untouched, and my copy of the original movie is still sitting on the shelf, just waiting to be watched for 375th time. GROUP HUG!!