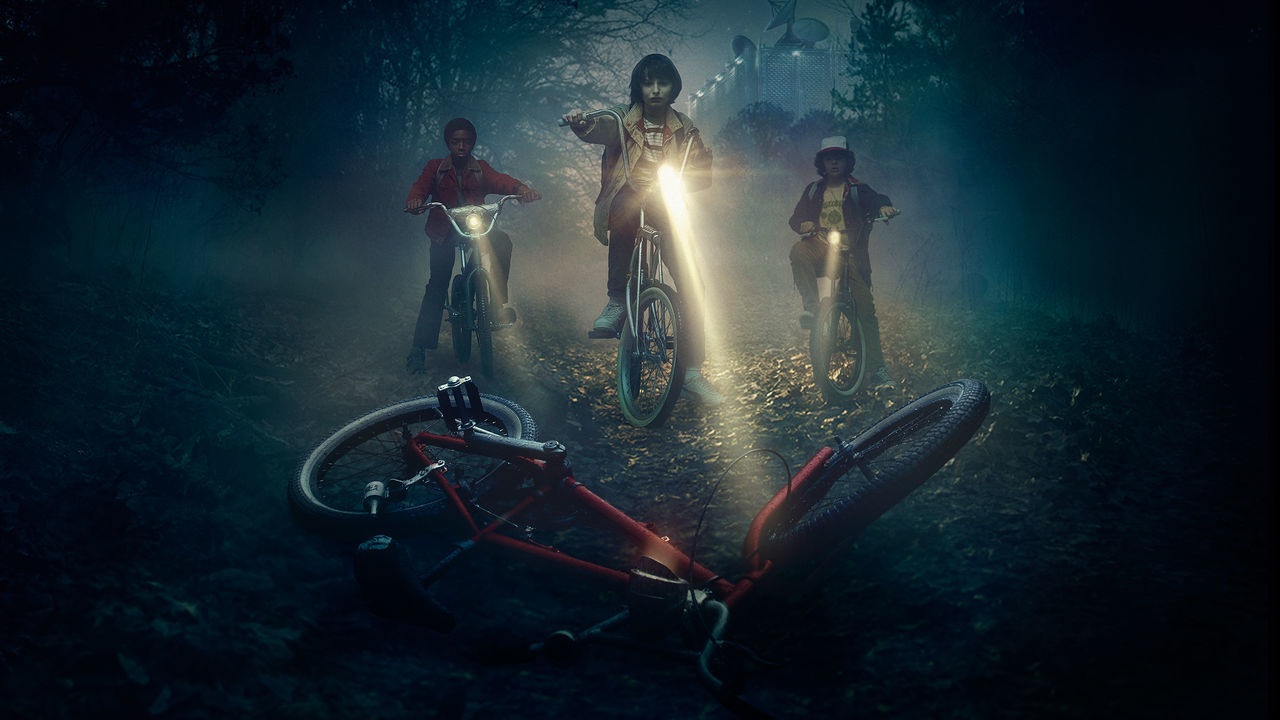 There are a lot of great shows on television right now. Not just good, but great. However, there are very few shows that transcend being just great, into something more, something that is no longer just visual storytelling, but so immersive it’s like a ride, an emotional journey or experience. The list of shows that can be described that way is pretty short, but Breaking Bad and True Detective are worthy examples.

Stranger Things is the culmination and love child of all the classic music and horror, sci-fi, and fantasy movies of the 70s and 80s, taking great care and mastery to deliver this child with all the conveniences, advantages, and wisdom of the modern age of film and technology. I’ve read other people describing this show as genre-less, and I think that’s a good way to describe it. Just like great music you love that blurs the lines between labels and genres, Stranger Things is a masterpiece that refuses to be put into any box.

Despite many intentional nods to and moments of nostalgia for classic movie clichés and quirks and a boatload of caring homages to movies likes E.T., IT, Poltergeist, Jaws, Halloween, The Thing, The Goonies, and overall, the movies and vibes of directors like Steven Spielberg, Stephen King, and John Carpenter, this epic still manages to feel very original and refreshing. However, if you’re not a fan of any of the movies or filmmakers listed above, I would say it’s safe to say, you can stop reading now, and there’s not much reason to give the show a try, because you’re not going to like it.

One serious source of inspiration, possibly the most important, which I haven’t seen mentioned elsewhere yet, is Firestarter. Both in the synthesized, Tangerine Dream like score, and in the character Eleven.

My favorite homage just might be the most subtle one in the entire show. It was the Halloween homage where we see a distinct over-the-shoulder (from Michael Myers perspective) type shot. It’s very quick, but very intentional. Let me know if you spot it too and what some of the standout homages were for you.

The story itself, is quite simple: a rag-tag team of kids searching for their missing friend. Along the way, they meet and befriend a mysterious girl who helps them on their journey. While that alone will provide enough fun and satisfaction for most, for those looking for it, there are many more layers to peel back and this is definitely the kind of show that becomes richer upon additional viewings.

While I really enjoyed the story of “El” (Eleven) and would love to learn more about her origins and where her story leads to next, I would actually prefer that each season of Stranger Things not be a continuation of this story. Instead, I’d much rather see a seasonal anthology approach, much like American Horror Story or True Detective, where each season, while possibly still within the same universe, is its own, separate story.

As to how and why we’re lucky enough to get such a treat as this show and why Netflix originals are so awesome in general, I think it comes down to two words: creative freedom. The freedom Netflix has itself in being in the unique position of completely owning their own delivery platform, and therefore not beholden to the normal rating and regulation boards that typical television and even cable channels like HBO and Showtime have to go through, and the freedom they so clearly then pass on to the creative minds behind these series.

When you allow people the confidence and control to see their own vision through without too many cooks in the kitchen, you so often end up with better results.

In this particular case, we have the show’s creators, The Duffer Brothers Matt and Ross. Like other brother-duo-director teams before, like The Wachowskis and The Coen Brothers, I recommend keeping an eye on these guys. Clearly, there’s a lot of cool shit to come.