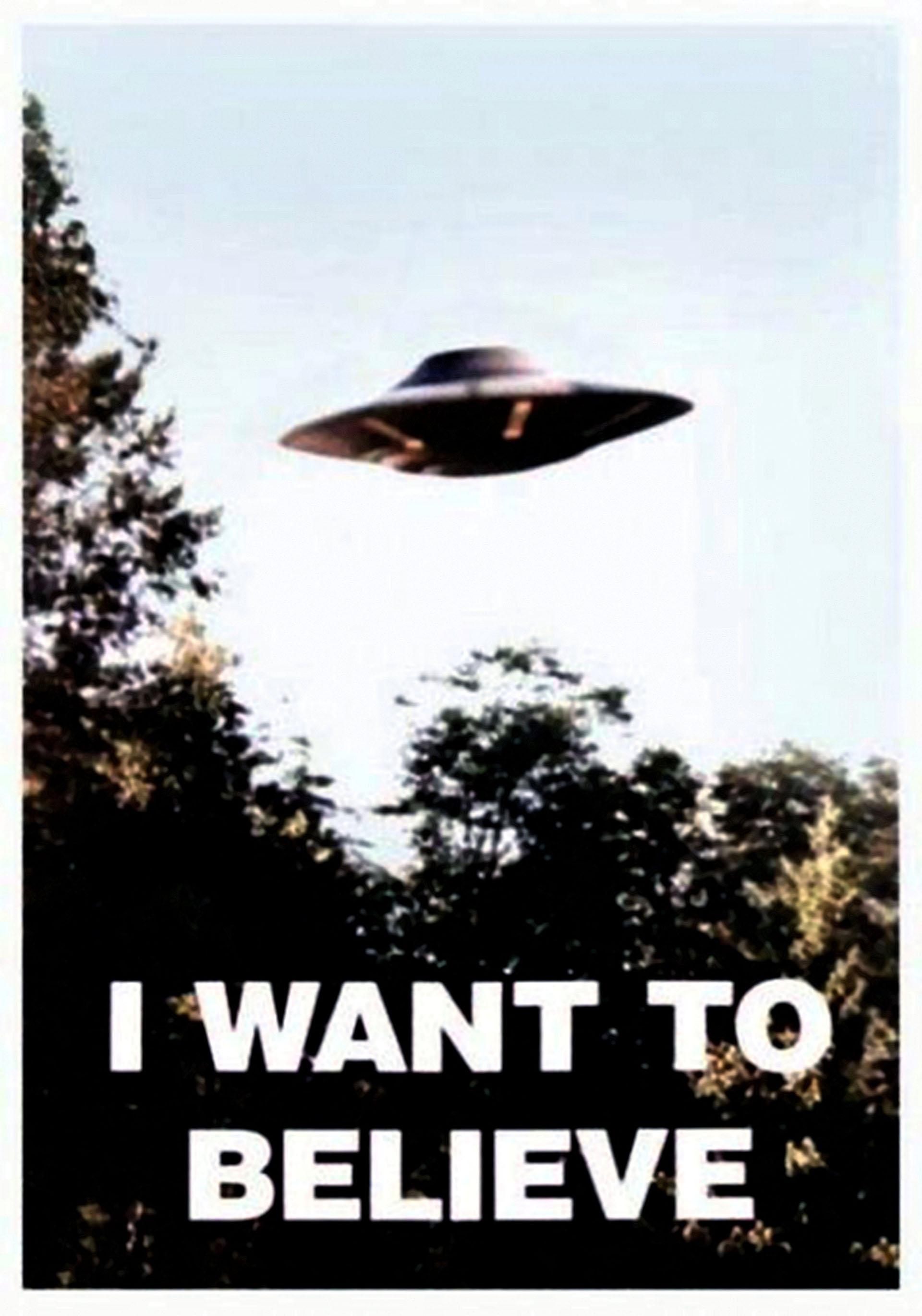 I’m pretty sure that the above image is fake, and that’s the biggest detriment to the belief of extraterrestrial life. That is, there is so much bad info, fake info, and silly info out there about the subject, that it detracts from the very real nature of the science and the probability of life elsewhere behind it.

Belief is a funny thing. Whether we believe in something or not has no affect on whether that thing is true or not. Regardless of what we hopelessly speculate about, searching in the dark, the facts will always remain as they were. They care not if we find evidence for our own peace of mind.

Declaring that you believe in life off-world might be bold, but believing that there is absolutely no life out there whatsoever seems to be an increasingly ignorant point of view, the more we learn. I’ve heard it, you’ve heard, and it’s been said over and over by people far smarter than us, something along the lines of:

“Considering the fact that just in our own galaxy, there are hundreds of billions of stars, it’s hard to imagine that in the entire known and unknown multiverse, that we are alone.“

We don’t even fully understand our own minds or bodies, our planet, how gravity or fire work fully, and we’re still discovering new life on Earth! If exploring ourselves and our world is only in its infancy, exploring space is nothing more than an embryo at this point. It’s way too early to dismiss E.T. Even if space is finite, it’s fucking massive; the idea that we’re all alone seems pretty astronomical. And if space is infinite, it would have to be impossible, right?

I think I’ve always been a “believer,” even as a small child, and it terrifies me very deeply and a lot of that obviously has to do with the movie Fire in the Sky, one of the scariest movies ever made. Even if we were visited formally and they came in peace, this new knowledge would be so profound, that it would still put the fear of god in us and we would probably react very poorly.

As a child though, I had no understanding of anything to lean on, I just blindly believed on gut feeling alone. But now, having listened to so many respected geniuses (like Stephen Hawking) in their respective fields that believe in the likeliness of aliens and provide good reasons why, I’d say I’m much closer to simply knowing it as fact rather than simply believing in the possibility. Believing that we’re alone feels dangerously close to believing the world is flat or that climate change isn’t real.

I’ve certainly only scratched the surface in my research of recorded events, anecdotal stories, and historical clues of alien phenomena, but the most compelling content I’ve come across only happened very recently, having taken a deep-dive on Joe Rogan’s podcast. Joe Rogan himself is quite the UFO enthusiast, but more importantly, he gives many researchers and retired government and military people a platform to share their UFO stories with an open mind.

Of all the stories I’ve heard and videos I’ve seen over the years, I find Commander David Fravor’s story most credible. If you end up listening to the entire thing, funny enough, it also explains how there have been so many false reports of UFOs as well:

Another story that has a lot of credibility, and is possibly the most scrutinized one of all time by debunkers because of just how fantastical it is, would be the story of Bob Lazar:

Here are a few more that aren’t actually accounts of any experiences per se, but rather just fun discussions with other enthusiasts, Tom DeLonge and Dan Aykroyd:

(the full video has been removed)

Any of the Elon Musk episodes are excellent as well, but only briefly go into this territory, so not fully relevant to the subject at hand.

Honestly, I think the evidence of life out there already exists and it’s more a question of the psychology of it as opposed to the science of it. The more important question to me, is what is the threshold of new info that eventually results in someone changing their mind about a closely held belief?

There you have it, life outside of Earth. Do you believe?

Do you believe in aliens?

Despite Pentagon statements that it disbanded a once-covert program to investigate UFOs, it was in fact renamed and tucked inside the Office of Naval Intelligencehttps://t.co/gwws2HUQy7