Video games were a big topic of discussion here on Halloween Love last week, as we talked about the meteoric pop-culture rise of Nintendo’s 8-bit Jason Voorhees as well as a previous Friday the 13th video game that has been forgotten by time.

On a somewhat related note, today we wanted to shine the spotlight on some horror movie-based video games that were planned but never actually ended up seeing release; the games that got away, if you will.

Just like with movies, video games sometimes find themselves in the dreaded development hell, leaving us to forever wonder what it would’ve been like to play them.

So check out four such games below, and hit up the HL archives if you want to learn all about The Thing 2, another planned video game that was to serve as a playable sequel to John Carpenter’s monster-piece! 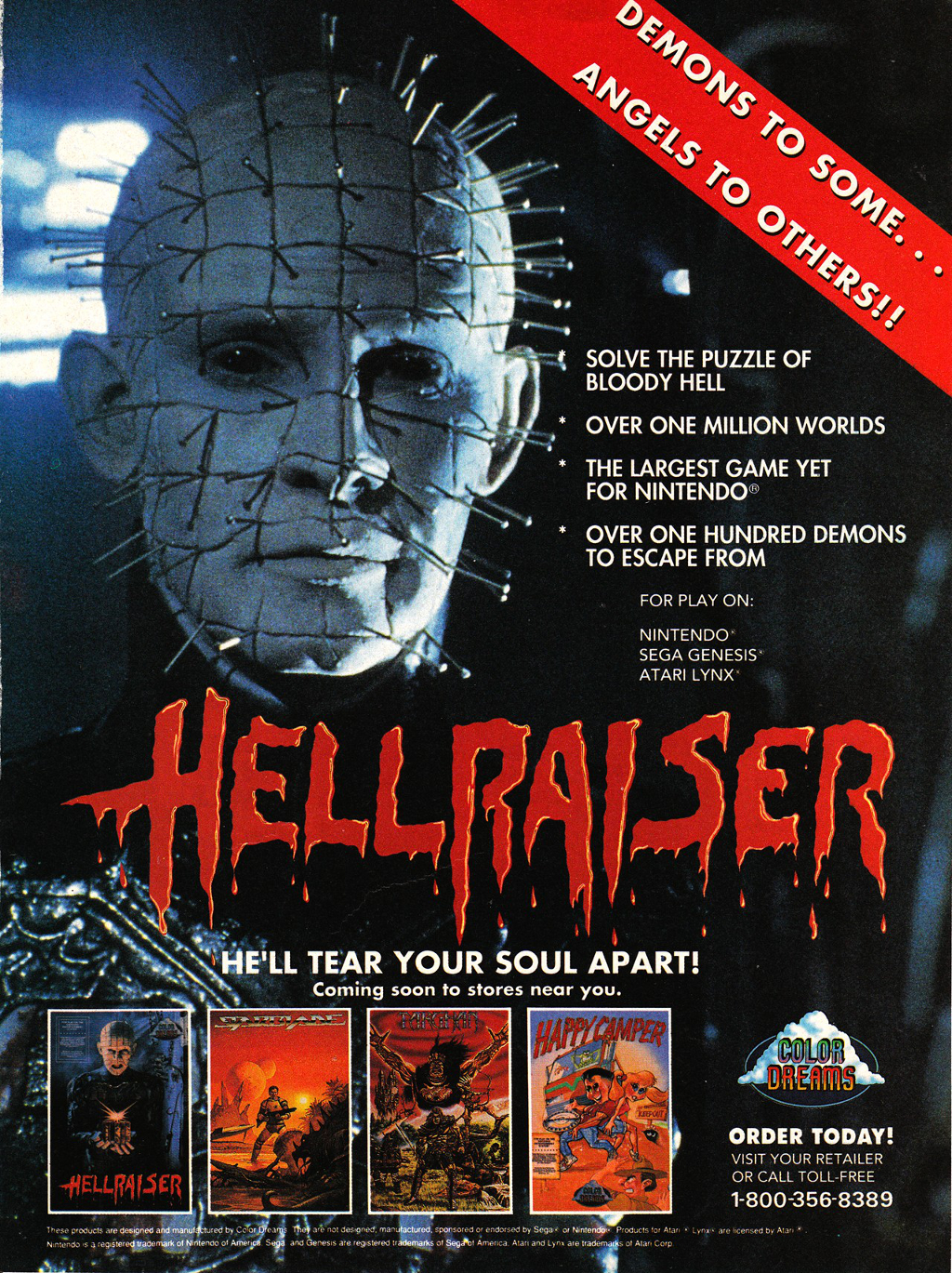 Those who are bummed about the fact that Pinhead and his Cenobites never got the treatment Freddy, Jason and Leatherface did will be even more bummed to know that a Hellraiser video game was in fact in the works at one point in time, planned for release on the Nintendo Entertainment System.

Billed as being the ‘biggest’ video game for the system at the time, Hellraiser’s NES game was to be a first person shooter that took players through the infamous Lament Configuration Box, tasked with solving the ‘puzzle of bloody Hell’ before the Cenobites tore your soul apart.

After acquiring the license, the company Color Dreams was hard at work on the game in the early 1990s, and so advanced was the technology being used that the 16-bit ‘super cartridge’ they created held three times the computational power of the actual NES system itself, meaning that add-on hardware would’ve been required to actually play it.

Proving that the game was simply too ahead of its time, the high cost of production led to Color Dreams abandoning their plans, and ultimately doing nothing with the license. A damn shame, especially considering the game’s packaging was going to look like the iconic puzzle box from the films!

The Tremors franchise is one that has had a surprising longevity over the years, the original film spawning three sequels – with another one currently in the works – and even a TV series. As for a video game, well, it came this close to happening.

In August of 2002, between the third and fourth installments of the film franchise, Rock Solid Studios announced that they were working on a Tremors video game, which would’ve been available for all major systems at the time.

Described as a single-player, third-person affair, the game was going to take place in the desert community of Golden Rock, and from what little was revealed about it, it was apparently not going to share a direct storyline with any of the films.

As you’d expect, battling and avoiding various different Graboids and Shriekers was going to be the name of the game, though no images of the game-play were ever shown off.

Set for release in the fall of 2003, it was cancelled that summer, and never heard from again.

It’s worth noting that a Flash-based computer game called Dirt Dragons was subsequently released in early 2004, based on Tremors 4: The Legend Begins. 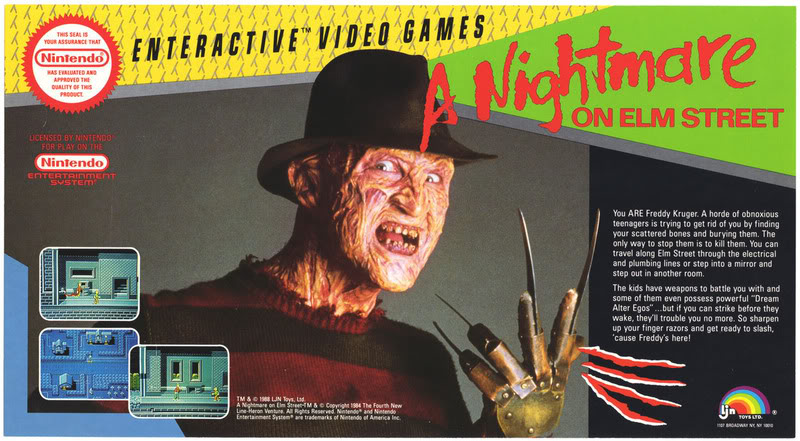 3. A NIGHTMARE ON ELM STREET – NES

This next one is a little bit different than the others, because a Nightmare on Elm Street video game was of course released by LJN, back in 1989 – and you’ve probably got the red pants NECA toy to prove it!

That said, the game we’re all familiar with is quite a bit different than the one LJN once upon a time planned on releasing, with the alternate version being the one they originally promoted in magazines. 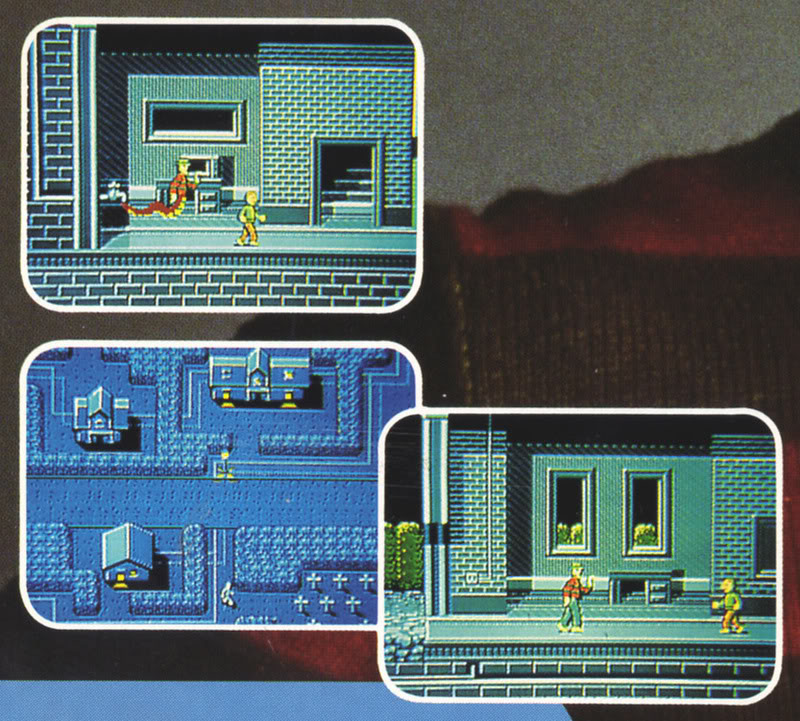 In the NES game that saw release, players controlled innocent teenagers, tasked with collecting Freddy’s bones in an effort to bury them and put an end to the dream demon once and for all. In the original version of the game, however, it was actually Freddy who was to be controlled by players, with the aim of killing the teenagers and preventing them from collecting his bones.

The only logical assumption is that LJN decided it was a bad idea to make the killer the playable character of the game, which led to the change. The previously released Texas Chainsaw Massacre Atari game featured Leatherface as a playable character and caused much controversy, which likely played into their decision.

My, how the times have changed! 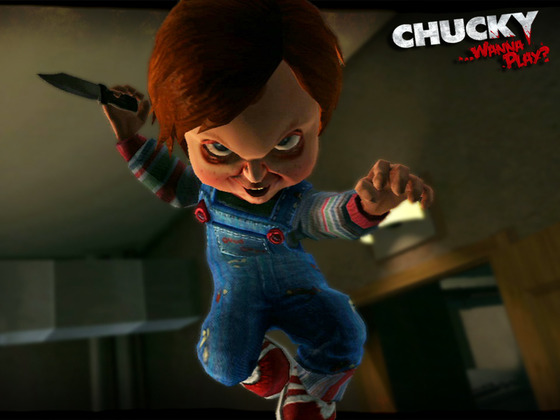 It was in May of 2011 that TikGames announced they had acquired the Child’s Play license and were working on a PC game called Chucky: Wanna Play?, which would give players control of the pint-sized killer doll. The idea, in a nutshell, was that you walked around killing people in fun, creative and utterly brutal ways, and it was fittingly described as a ‘gore-soaked adventure.’

Though they already had a considerable amount of money at their disposal, and we’re balls deep in the process of bringing the game to life, TikGames found themselves coming up a little short on the financial end, leading them to take to Kickstarter in an effort to crowd-fun the game’s completion.

With the goal set at $925,000, a paltry $585 is all that was raised before the company realized they were never going to meet the goal, leading them to cancel the campaign. A lack of fan support is ultimately what killed this one, though it’s likely the incredibly high goal amount that turned many off.