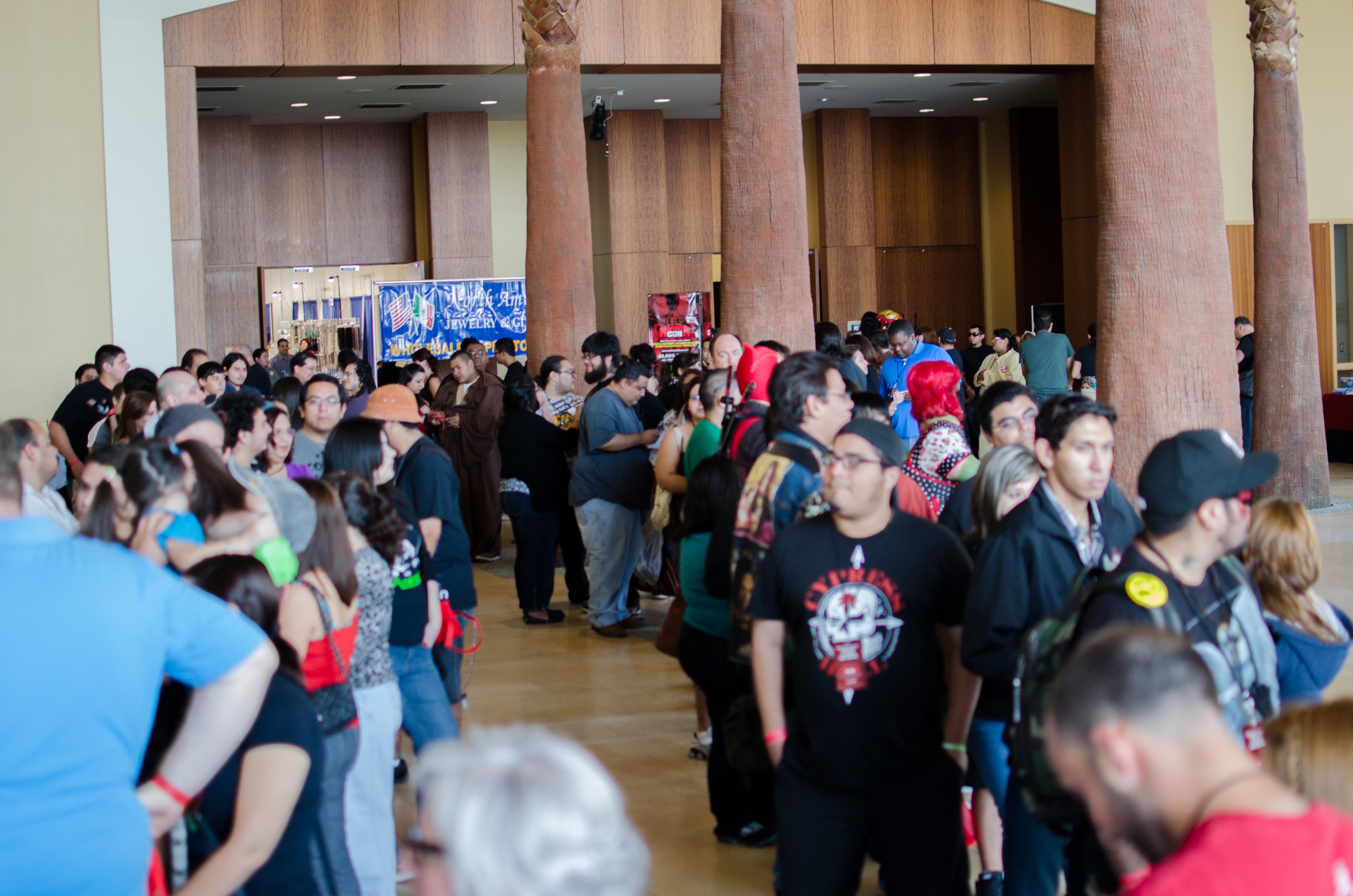 It was in 2005 that I was bit by the proverbial horror convention bug, not yet old enough to drink – of course, I did anyway – but definitely old enough to appreciate the sights, sounds and smells that filled Maryland’s Hunt Valley Inn throughout the course of that life-altering weekend.

It sounds dramatic but that first experience indeed was life-altering, paving the way for countless conventions to come and thrusting me deeper into the horror community than I had ever ventured before. In many ways, it was on that weekend that I truly realized this community is where I belong.

Though I’ve of course become quite jaded by the scene over the years, barely even batting an eye when I’m sitting at a hotel bar enjoying a drink right next to a horror icon, that weekend in 2005 can only be described with one simple word; magical.

From the dealer rooms packed with goodies that seemed to have been exclusively brought to the event for ME to the autograph rooms full of men and women I had spent my formative years being terrified of and watching die, it was all incredibly surreal – like I had unknowingly been slashed up by Freddy and transported to horror heaven.

The fuse lit by that very first HorrorFind Weekend, the subsequent nine years of my life have been full of weekends like that one, and conventions have been an annual staple in my calendar of events. In fact, not a year has gone by since that weekend in 2005 that I haven’t attended at least two of them, with New Jersey’s Monster Mania being my personal convention of choice.

Not only has the habit put a hurting on my bank account and provided me with more hangovers than I care to remember, but it’s also given me a front row seat to the changes the whole of the convention scene has undergone, in the past 10 years. And, for the most part, those changes haven’t been good.

It’s pretty damn cliche for someone approaching their thirties to look back on past experiences and say things like ‘it aint what it used to be,’ but there’s no better way to sum up those changes than by saying the convention scene just plain isn’t what it used to be.

When I first started attending conventions, I was quite frankly amazed by how much I was able to do, without breaking the bank. It was common practice back then to take pictures with your favorite celebrities free of charge, and oftentimes I was even given free autographs. Yes, everyone was there to make money, but it didn’t feel like they were – it felt like they just genuinely wanted to meet their fans.

But that was then. And this is now. Somewhere along the way, horror conventions went from fan events to big business, as those who profit from fan culture suddenly realized that there was a lot a money to be made with these little hotel gatherings – a nasty side effect of fan culture becoming more ‘mainstream,’ really.

Gone are the days of free meet ‘n greets and genuine celebrations of horror fandom, almost entirely replaced by things like greed and an overwhelming sense of sleaziness. It’s always been a business but nowadays it’s impossible not to notice, as the true intentions of all involved are revealed when you look at the ever-rising cost of simply walking up to someone you admire and telling them why.

Nowadays, it’s not uncommon for ‘celebrities’ to charge astronomical prices for the honor of shaking their hand and having an awkward encounter, with prices typically ranging from $30 to the hundreds. Whereas a single $20 bill used to cover everything, autographs and photographs have now been split into two separate costs, with ridiculously expensive, prom-like ‘photo ops’ becoming the norm for bigger stars – such as anyone and everyone who’s ever walked past the screen on The Walking Dead.

I’ve got nothing but love for The Walking Dead but the show has in many ways brought out the worst in the convention scene, and in fact today’s rant was fueled by a recent guest announcement for an upcoming convention that quite frankly has made me feel like the final nail has been beaten into the horror convention coffin.

The zombie-themed Walker Stalker Convention is taking place in Atlanta on October 17th and the guest list is impressively stacked with Walking Dead stars, including Norman Reedus and Andrew Lincoln. Just added last night were Anniston and Tinsley Price, whose names you likely don’t recognize. So let me spell it out for you; they’re the twins that play Judith Grimes, on the show. 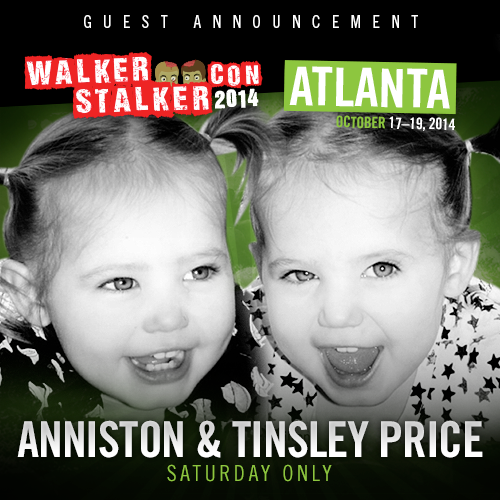 Yes, Judith Grimes. As in, Rick’s BABY daughter. TWO HUMAN BABIES have just been added to the convention, both their parents and the event profiting off of the sick fan desire to meet EVERYONE who has ever been involved in any aspect of their favorite thing. Chills ran up and down my spine when I read the announcement, at first sure that it was some sort of joke, and then utterly disturbed when it turned out not to be.

I can only assume that babies can’t sign autographs so I’m not exactly sure how the whole thing is going to work, but I do know that there is a $155 group photo-op that the twins will be included in, and I can’t help but wonder right about now how much extra it is to actually hold both Judiths in your arms, for the picture. Because why the hell not, at this point?

Granted, this is just one bad decision at one singular convention, but the infusion of babies into the mix is a pretty perfect representation of what’s become of the scene, as a whole. Now more than ever, it’s a sleazy business meant to prey on fans rather than help them celebrate their fandom, and I can’t for the life of me think of a better example of how low those predators have sunk than a goddamn meet ‘n greet with goddamn babies.

Maybe I’m just getting old, but spending two hours on line and then handing over $50 to say hi to a guy I watch on TV or a girl I watch in movies just doesn’t do it for me. Whereas I once felt like a fan at horror conventions, I now feel like a customer, and that to me has been the downfall of the whole scene.

Though I still regularly attend conventions, you’ll oftentimes find me up in my hotel room drinking with friends, for the majority of the weekend. Because what’s going on downstairs just doesn’t appeal to me anymore.