What baffled me, however, was that every morning, Jakob told me about them as if they’d paid him a visit. He’d get all excited about their visits — telling me they would dance around his bedroom and sing him to sleep. By the time he would wake up the next morning, the fairy people were gone, leaving behind an open window and leaves all over his bedroom. I finally told him to stop, but he insisted it was the fairy people doing it. 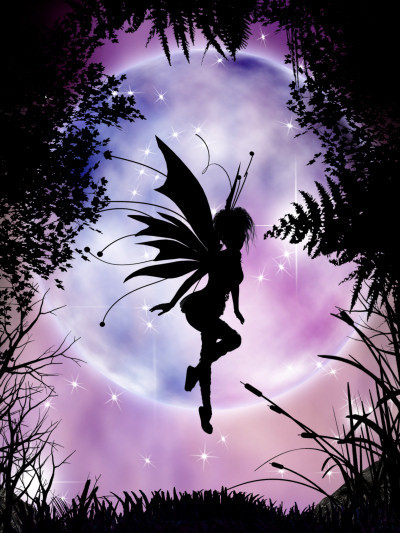 One morning, I went into his bedroom to find him lying in the middle of the floor — his blankets cast aside. When he awoke, he was confused, but didn’t recall falling asleep down there. I figured he was either lying, or sleepwalking, but I didn’t want to worry the boy, and it wasn’t worth calling him out on.

That’s when he started getting antsy. Jakob would stay up later and later every night, using any excuse he could to avoid going to bed. I could tell he was staying up late, too, by his ornery nature and the dark bags under his eyes. And every morning, he still woke up on the bedroom floor. By the time I finally saw them, Jakob’s restlessness had gotten ridiculous. I had to drag the boy — whining and pestering — into his bedroom to settle him down under the covers. And even then, Jakob wouldn’t shut his eyes.

Before I closed the door, I noticed a soft chiming sound, and briefly wondered if he had turned on his radio. I pushed the door back open and spotted a series of little lights that twinkled and glowed, almost reassuringly. They drifted about the room, and Jakob avidly watched them. Their singing and gentle chittering was in another language — I assumed Celtic. I stood in the beam of light cast from the hall, and my shadow stretched across the floor before me, making the fairy peoples’ auras glow even more brightly. Their colors kept me enraptured — vibrant hues ranging from greens reminiscent of deep forests, to the blues of the most vibrant oceans. I couldn’t bring myself to say much — only stare and listen to their quiet chiming.

The way they echoed around in my mind and cooed in the darkness was utterly relaxing. Images of enchanted forests under a blood moon and gentle waves lapping at the sky crossed my mind. I imagined myself standing under the archway of blue gates, with the trees behind me and the water before me. I was barefoot — staring out into the stretch of ocean that pulled itself out toward the horizon. And before I knew it, the water was lapping at my toes, my ankles, my knees. I cast a fleeting glance behind me to stare at the blue gates and the dark forest that murmured behind it, before continuing my journey into the sea until the water began to trickle into my mouth, then up past it, reaching for my nose.

Something wet on my face jarred me from my reverie at once. I snapped to attention and felt a big paw land on my chest, and before I knew it, I’d been pinned by the oversized dope, our German Shepherd. I stumbled to my feet and glanced about the room — only occupied by myself, my dog, and my son, and briefly wondered if the fairy people had been a dream. After pushing the window closed and dusting a few leaves off his bedside table, I took the mutt and left Jakob to his sleep.

I woke up on the living room floor the next morning, Jakob by my side, after dreams of far-off forests and even more distant oceans. I managed to drag the both of us from sleep and get ready well enough, but throughout the entire day, I felt restless. I felt like I was drowning — staring up at the sky from some unknown ocean floor. The entire day passed by in a blur, and by the time I was in bed, all I could think about were the fairy people and the images they’d brought me. 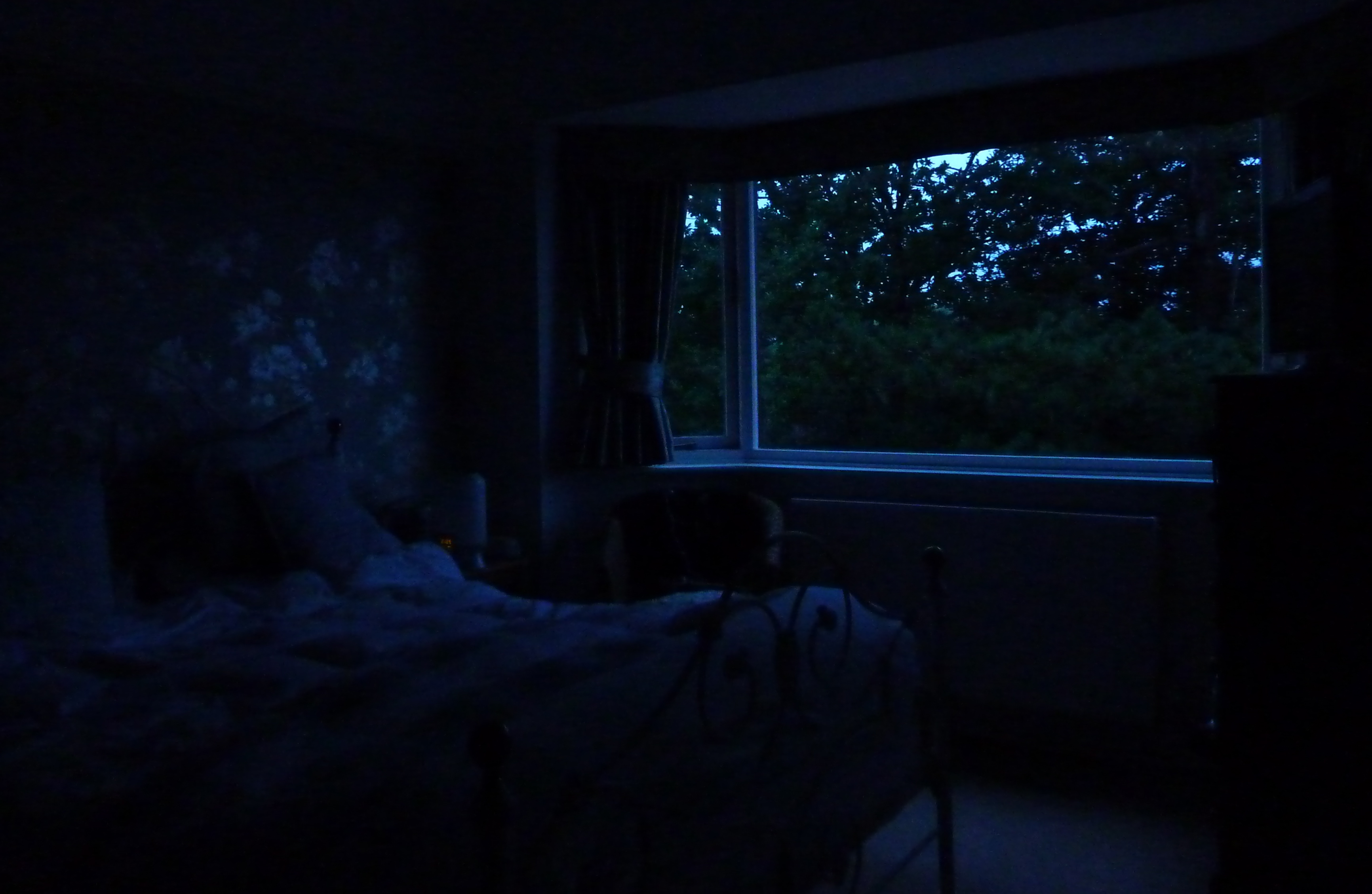 I imagined floating along with the ocean’s current — shutting my eyes and letting the blackness envelop me. I felt the chill nibble at my limbs and clothes, but I hardly minded. I rather liked floating there. I enjoyed the weightlessness — soothing, calming, almost hypnotic. I felt I could just float there forever…

I snapped awake on the living room floor and felt a chilly breeze scratch and nip at my hair. I brought myself to my feet and glanced around, and at once noticed the front door was wide open. A trail of leaves led from the door up the stairs, and as I followed it, I found myself in Jakob’s bedroom. The window was open, and the bed was empty.

“Jakob!” I called, barreling down the stairs once more. Out the door I went, looking up and down the street and wondering where he could have gone. I could hear chiming in the distance, but I couldn’t place the direction from which it was coming. I decided to bolt around the house, to the small grove of trees that nestled tightly against our back yard. Through the gate I ran, noting that it was wide open, and stumbled down the slope, barely avoiding hitting any trees on my way. A small creek could be heard growing nearer, and as soon as I met it, I looked up and down. No sign of Jakob. 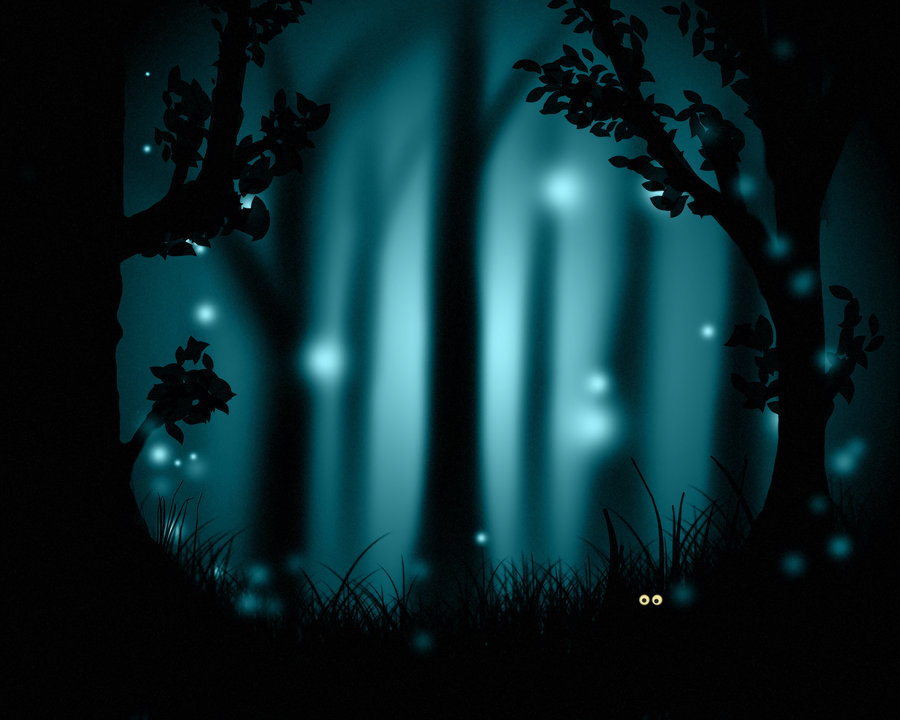 I was searching for him all night, fading in and out of consciousness all the while. Throughout the entire hunt, I kept hearing the sweet chiming of the fairy people somewhere far away. Even through the trees, I thought I saw an occasional colored light. Yet I couldn’t find Jakob, nor the fairy people, no matter how hard I looked.

The next day was a blur of activity. An amber alert was sent out for Jakob, and I printed and pinned flyers all around the neighborhood. I gathered squadrons of police officers and neighbors and searched tirelessly, late into the coming night and the following morning. By that time, I was exhausted, and the coos of the fairy people were beginning to drive my crazy. I couldn’t bring myself to sleep, however. Not with their singing, and not with Jakob gone.

They called a break about noon that day and the crowds began to disperse, assuring me they’d continue looking once they had eaten. I couldn’t do it, though. The idea of sitting and feasting while my little boy was most likely starving made me sick. A break might suffice until they returned, however. It’d be good to be somewhere they could find me.

So I went to sit down by the river’s edge, the soft whispering of the fairy people mixing with the echoes of the trees and the gush of the water. The birds chattered to one another above me, and the leaves and sticks rustled and creaked all about, but all I could bring to mind was the sickening soft music the fairy people continued to play.

I shut my eyes to try to pinpoint where they could be, and at once, a wave of exhaustion hit me. Their music grew louder, but I couldn’t bring myself to look about for them. Instead, I sank down by the river’s edge, feeling the earth beneath me and the water even further. I thought of the ocean, the woods, and the gates, and I once more began wondering what happened once I was underwater.

I thought of myself deep beneath the surface, floating pleasantly along. I thought of the soft water that chilled all about me. It was so cold, so wet, I could practically feel the icy water gripping all about.

I thought of the fairy people in the distance. I wondered what they did with my son, before realizing how ridiculous that sounded. That didn’t matter. What mattered was the ocean.

I had to get to it. I had to see what happened when I went under. 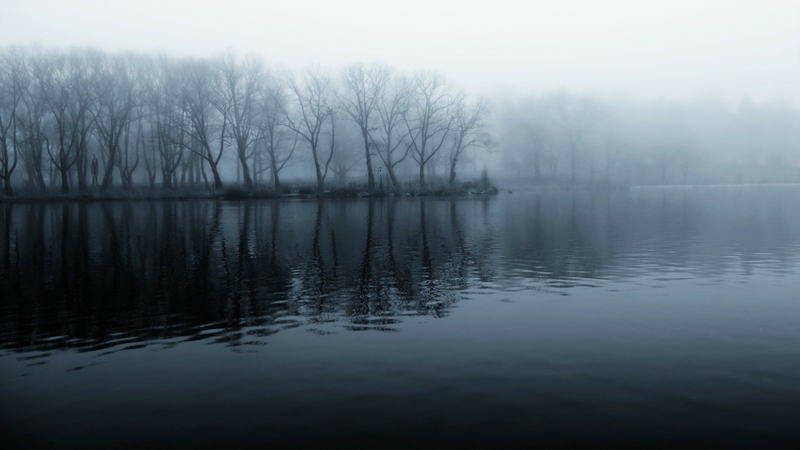