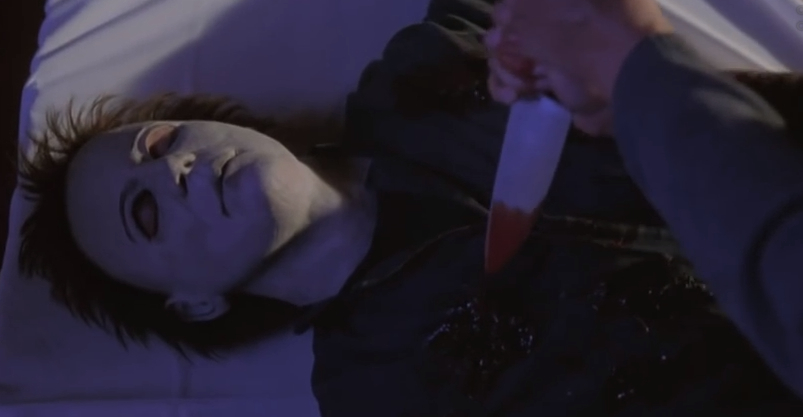 I like Halloween H20, I liked it when I first watched it on the big screen and have liked it just as much in the years since. There was a time when I believed the general consensus was that it’s a fantastic Halloween movie / sequel but after recently commenting on a forum post about its legacy I noticed that maybe it wasn’t so popular after all. Further investigation led me to uncover a VERY mixed opinion on its quality and how it has aged. So just over 15 years after its release (cannot believe its been that long!!) I have decided to have my say after carefully revisting it for the first time since about 2010.

Whats good about it …

H20 is a lean, snappy movie, it doesn’t drag its heels very often and moves from one scene to the next with energy and purpose. It doesn’t overload you with characters and there isn’t much ‘filler’. When stuff happens it happens to propel the story forward.
The two best scenes in the film come at the beginning and at the end which does create a ‘bookend’ effect that can make the middle portion seem a little bland to some people but H20 has such a short running time that I’ve never seen this as a problem.

Having Jamie Lee Curtis back obviously lifts H20 to a different level from all the sequels that followed after Halloween 2. It firmly ‘connects’ it to the classic original and this connection allows the story to be more epic, more intense. No matter which Michael Myers history / motivation you prefer him to have I think we can all agree that when you strip away the layers Halloween IS and always has been about Michael hunting Laurie. Anything else is second best.

The cast is solid and mostly deliver some decent acting. Josh Hartnett and Michelle Williams are perfectly watchable and have chemistry, while Curtis gives a performance that suggests she wasn’t just there for the pay day. The man behind the mask this time is Chris Durand and he does a fantastic job. He’s big without being pro-wrestler big and seems to have a good understanding of how Michael should move. Having Nancy Stephens return as Marion for the brilliant opening was a wise decision and the small cameo by Janet Leigh is hard not to love.

Whats not so good …

The chaos surrounding Michael’s mask is very well documented online but its still hard to understand how something so important became such a problem for the effects team, a problem they never really solved. In total they ended up using 2-3 different masks during the production which are all visible at various points (Some only very briefly) and they even tried a CGI mask in the scene where Charlie gets killed, presumably to save money on another reshoot? After a while your brain starts noticing the changes and it gives the impression that Michael has found himself a ‘mood’ mask.

I SWEAR after Molly hits him with the rock and he turns to face them his mask actually looks angry! … Just me?? 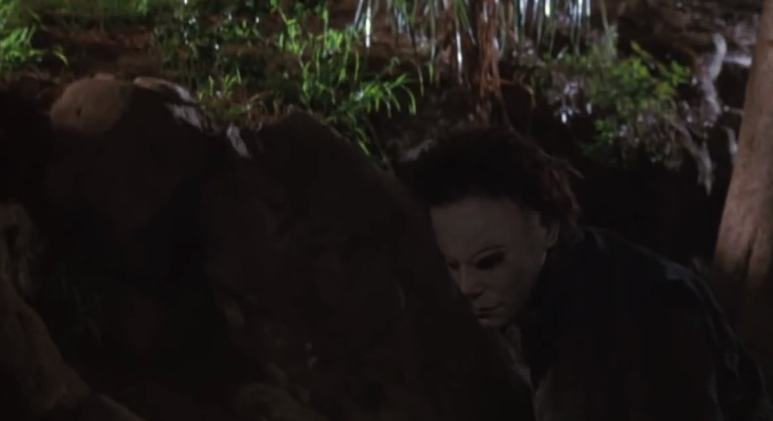 Then there is the question of Michaels lack of burns AND lack of bullet holes to the head. Personally I can overlook that kind of thing, I grew up watching Jason appear totally different in every single Friday The 13th sequel from part 6 onward, but it is difficult to excuse a total lack of continuity like that. In many ways it’s easier to say H20 is simply a direct sequel to John Carpenter’s original Halloween.

LL Cool J. Ummm … I don’t mind the guy, he’s likeable and can act, but he is just stagnant comic relief here and 12 months later he would play almost the exact same character again in Deep Blue Sea. He wasn’t needed and his presence is distracting and completely unnecessary.

Oh, and Halloween H20 is simply not scary … not trying to sound tough just telling it like it is. It has moments of tension upon first viewing but this is about as diluted as horror gets.

I started this piece by saying “I really like Halloween H20” and you are probably thinking my praise has been a bit lukewarm but that’s the weird thing about this movie, it’s too comfortable and easy to watch to be lavished with intense love. Steve Miner produced a safe, polished product … a crowd pleaser … Ditching all the ‘Cult of Thorn’ nonsense and putting the series back on track (Until the diabolical Halloween: Resurrection arrived). 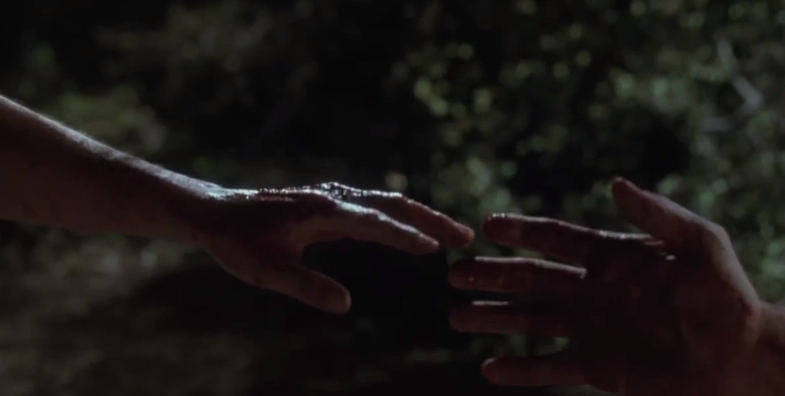 Michael Myers doesn’t need a reason to do what he does, he doesn’t need motives or druids or secret rituals … He just needs a big knife and the location of his beloved Sister.

I might get heat for this but in my opinion H20 is the second best Halloween movie that has been made, thus far …