There are few things more representative of Halloween than the General Mills monster cereals, which return to supermarket shelves every September and only stick around through the big day.

It’s their limited nature that makes them so special, though one could argue that the likes of Boo Berry, Franken Berry and Count Chocula would be incredibly special even if they were around all year long.

I woke up this morning to the incredibly exciting news that General Mills is giving the three most loveable cereal monsters a sleek new makeover for the 2014 Halloween season, thanks to artwork (seen above) from some of DC Comics’ top artists.

The company also revealed that Target will once again be exclusively offering up retro-inspired boxes of each of the cereals, much the same way they did last year. The retro boxes will be a bit different this year, based on designs seen in the 70s and 80s, and they’ll all feature cut-out masks of the corresponding characters.

Since the news has made today a sort of Monster Cereal Appreciation Day within the horror community, I thought it fitting to whip up a fun post that would tie-in nicely with the theme, and perhaps even teach you a thing or two about the holy trinity of breakfast cereals.

So without further yapping, here are FIVE FUN FACTS about the General Mills monster cereals! 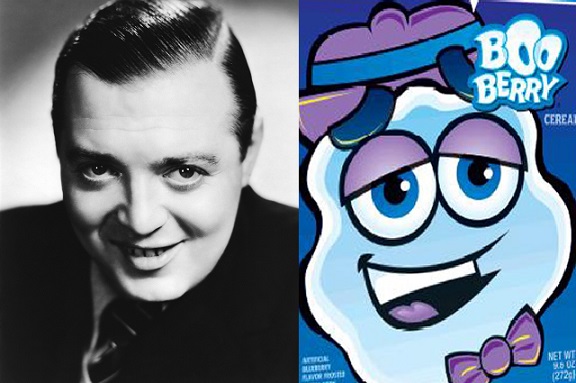 1) Have you ever wondered what Boo Berry looked like before he shuffled off this mortal coil, and became a floaty little ghost spirit? Well, not only was the character’s voice based on legendary actor Peter Lorre – who passed away a decade prior to Boo’s creation – but so too was his general likeness, which is pretty clear when you look at a side-by-side comparison of the two.

As for Franken Berry and Count Chocula, their voices were intentional imitations of Boris Karloff and Bela Lugosi, respectively. 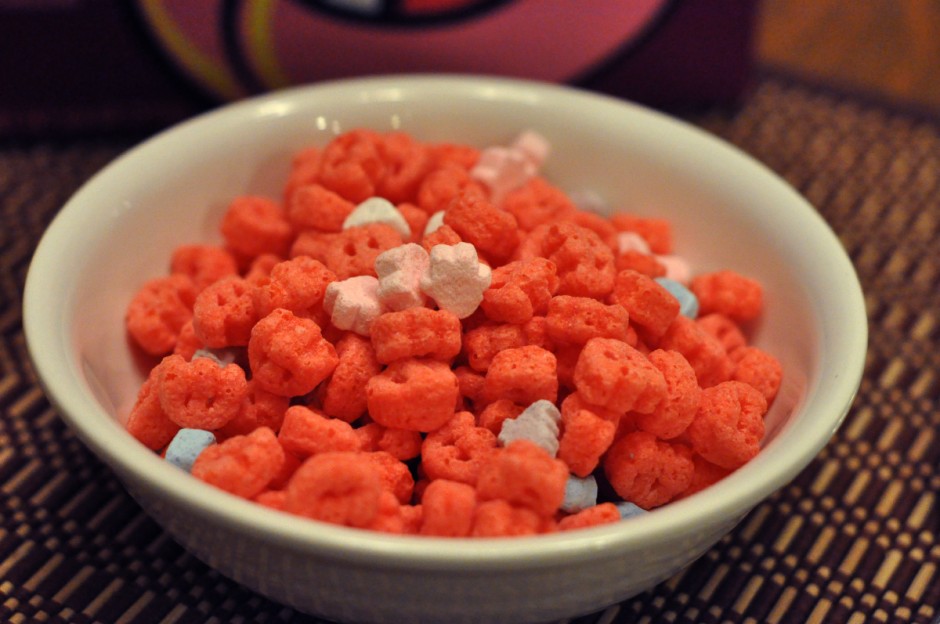 2) Stawberry-flavored cereal Franken Berry caused quite a stir when it was first released in 1971, its pink dye prompting several parents to rush their children to the hospital. Unable to be broken down in the human body, the dye literally turned kids’ shit pink, which many parents mistook for blood.

After medical testing revealed the cause, the phenomenon was dubbed ‘Franken Berry stool,’ and a different dye was used from that point forward. 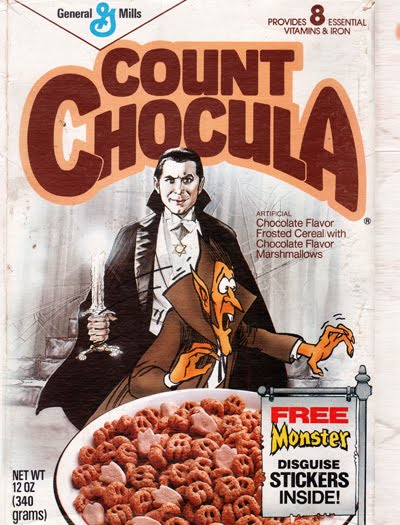 3) Speaking of controversy, Count Chocula had its own in 1987, when Bela Lugosi was added to that year’s special edition box art. Though it probably seems harmless to you, several folks of the Jewish faith weren’t exactly pleased with the fact that it looked like Dracula was wearing a Star of David necklace, feeling that it gave a bad name to their religion.

Amidst the controversy, General Mills pulled the art, and replaced it with one that had the necklace airbrushed out. Not surprisingly, the original boxes have become quite valuable on the collectibles market, as is often the case with products that are pulled off shelves. 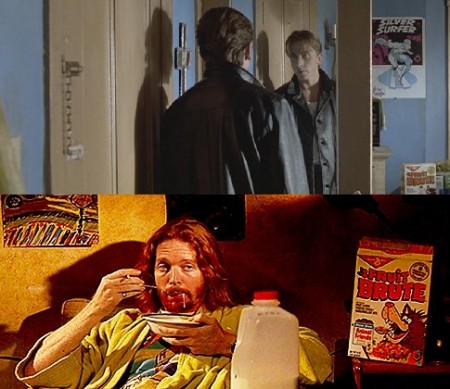 4) Quentin Tarantino is a big fan of the monster cereals, particularly Fruit Brute, which prompted him to hide boxes of the discontinued cereal in both Reservoir Dogs and Pulp Fiction.

In Reservoir Dogs, a vintage box is seen in Mr. Orange’s apartment, while Lance is chowing down on a bowl in Pulp Fiction. Both films were made over a decade after Fruit Brute was locked away in the General Mills vault, which makes their cameos all the more exciting to spot.

Discontinued in 1982, the short-lived Fruit Brute was eventually replaced by Yummy Mummy, which was also discontinued after a few short years. Both cereals made their triumphant return last year, though General Mills has confirmed that they won’t be making another return this year.

*Also keep your eyes peeled for a Fruit Brute cameo in the 1989 slasher flick Intruder!* 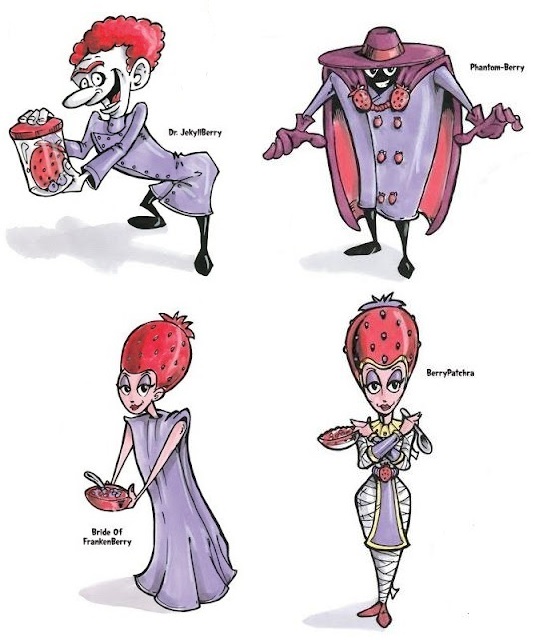 5) Perhaps the most little-known fun fact on this list is that General Mills had at one point in time considered bringing a mixed berry-flavored cereal into the line, tasking advertising agency Dancer Fitzgerald Sample with coming up with potential mascots for the new flavor.

The agency conceived four different ideas, based on Dr. Jekyll, The Phantom Of The Opera, The Bride Of Frankenstein and Cleopatra, and that’s their original concept art up above. Of course, the new flavor ultimately never came to fruition, and all four potential mascots were forever shelved.

Hopefully General Mills will someday consider bringing the idea back to life, as I’d love to see a new character brought into the fold. According to my calculations, it’s been 27 years since a new character joined the original three, so I’d say we’re long overdue for some new blood.

Look for Boo Berry, Franken Berry and Count Chocula to return to store shelves next month… if not sooner!