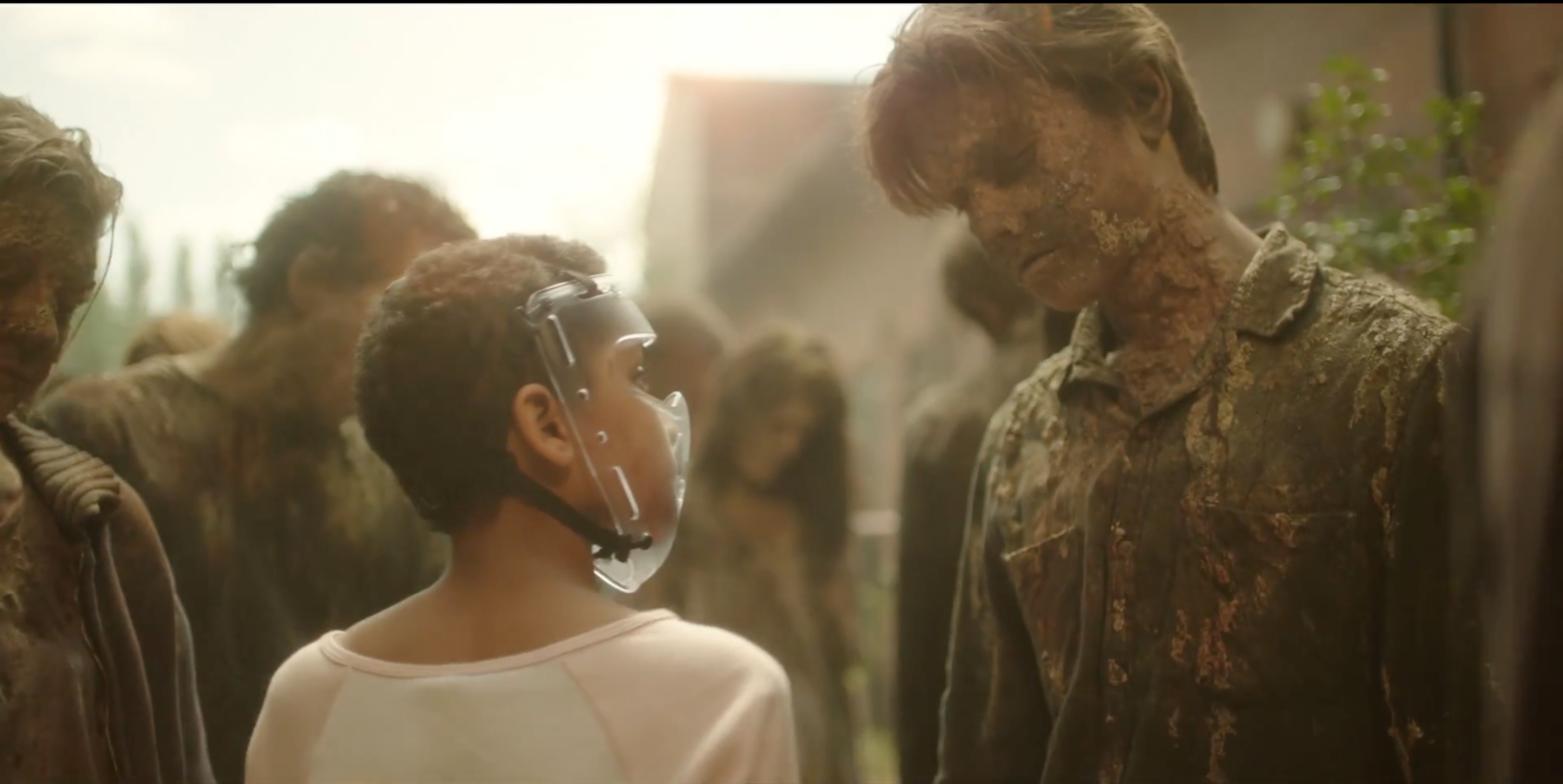 Ever since Romero changed horror back in 1968 the genre has been flooded with all different kinds of filmmakers trying their best to recapture the terror he brought to life in his flesh-eating zombies. We’ve seen the sub-genre stretched and changed in more ways than one can count, yet it seems the classic “zombie” story will never go away, and that’s quite okay. Though the sub-genre has definitely reached a point of near exhaustion it doesn’t mean there aren’t any more stories worth telling within it. The Girl with All the Gifts is one such story that offers up a fresh, bold idea backed up by an impressive execution.

Based upon the novel and script from Mike Carey and directed by Colm McCarthy, the film operates in a dystopian future where a strange fungus has infected the human population, turning them into flesh-eating beasts they call “hungries”. Their only hope is a group of children who, although they are infected by the fungus, are still able to operate on a human level. When the facility they operate out of is overtaken Melanie (Sennia Nanua), the one subject who makes it out with them, becomes their last hope of a cure. The few who made it out alive now have the task of surviving in the “wild” as humanities last hope.

Though the film follows the modern trend of calling their zombie’s something other than zombies (a trend I honestly am sick of) they don’t try and fool you into thinking they are something different. Changing the source of the virus actually makes the name change sort of fitting, because these aren’t necessarily our classic zed. Though they often behave in the ways we are used to the undead behaving, the fungus causing them to do so also adds some new levels to the mix, and that’s where this story finds its purpose.

The exploration of the new virus, and why exactly these kids have reacted differently to it than the adults, is more than enough to hook an audience. From the opening frames, they only give you as much information as you need to understand the current scenario. They cleverly build off of each sequence of events to slowly, but appropriately reveal everything we need and want, to know about the plot. This, in turn, makes us more invested in the undead themselves than we might be used to. We are, remember, following one of them within the group of survivors.

The ‘Hungries” are sure to add to the debate of fast vs. slow zombies, but not in the way you might think. These aren’t necessarily one or the other, some may jump to call them fast because, when they are conscious, that’s exactly what they are. But they also share a lot of behavior with the classic slow movers, they heard together in masses and find their strength in numbers. The amalgamation of the two, along with the added symptoms of the fungus make these a fresh take on the classic monster.

Colm McCarthy was also fortunate enough to bring together a stellar cast for this little genre picture. Sennia Nanua stars as the infected child the story focuses on, Melanie, and she puts in an incredible performance, and not just for a kid. She’s helped along the way by some big time talent as well, with Gemma Arterton right alongside her for much of her screentime matching all of the incredible work she is putting out. Rounding out the cast is Glenn Close, who is always amazing and is a wonderful catch for this movie, as well as one of my favorite British character actors Paddy Considine.

Anytime a movie as small as this can pull off a giant idea, like a dystopian future plagued by zombies, I’m always impressed. This story could have gone the easy route, with much of the plot happening indoors on closed sets where they don’t have to show a world plagued by disease, but opted to do the opposite. We often find our main characters walking the overgrown streets of England, all crowded with the undead, and it looks amazing. The practical effects done with the hungries is also gorgeous, and more than makes up for the few bad CGI blood shots.

All of this is for nothing though if the core idea doesn’t work, none of this matters if we don’t care about where it’s going. Fortunately for the film, and all of us, the plot of this movie wants to get you thinking. They are constantly introducing new ideas to make the debate rage on in your head about who are the good people, and who are the bad in this crazy world. The answer is never as clear as you may think, and by the time the credits roll you still might be unsure of who made the right decisions.

The Girl with All the Gifts offers genre fans everything they have been asking for, from bold ideas to gorgeous effects work and great performances. It’s thought-provoking, weird, and fun, and it’s simply just a cool idea. Colm McCarthy was able to bring Mike Carey’s idea to screen in a wonderfully impressive way that is sure to please even the craziest zombie nerds. It’s a reminder that budget means nothing and that sometimes the biggest ideas are found in the smallest films.

You can find The Girl with All the Gifts streaming now on any major VOD platform.