It was way back in 1938 that the legendary Don Post Sr. forever changed the holiday this here blog is named after, creating the very first overhead latex rubber Halloween mask.

With the formation of Don Post Studios, Halloween was truly never the same again, and to this very day all the rubber masks worn by kids and adults alike owe their very existence to the late pioneer.

Throughout the years, Don Post Studios released hundreds of masks depicting both original and licensed characters, ranging from Freddy Krueger to E.T., the titular Killer Klowns from Outer Space to the iconic Universal Monsters.

But it was the company’s Captain Kirk Star Trek mask that forever altered the course of both their history and horror history at large, which was of course repainted and used as the Michael Myers mask in John Carpenter’s Halloween.

Don Post Studios also created the three memorable masks seen in Halloween 3: Season of the Witch, with the jack o’lantern being designed specifically for the film – the skull and witch were existing Don Post masks, which were slightly modified.

Needless to say, Don Post Studios is not just one of the biggest names in Halloween but also in the world of horror cinema, forever cemented in history as one of the most influential and important companies of all time.

Unfortunately, Don Post Studios was shut down a couple years ago, marking the end of an era. The company, run for many years by Don Post Jr., had previously been sold to Paper Magic Group and the production of their masks was outsourced to China, with production completely ceasing prior to Halloween 2012 – leaving a full slate of annual mask offerings on the proverbial cutting room floor.

Today here on HL, we look back at that 2012 Don Post catalog, which was jam packed with masks that we’ll unfortunately never be able to display in our collections or pull down over our heads. A bummer, to say the very least. 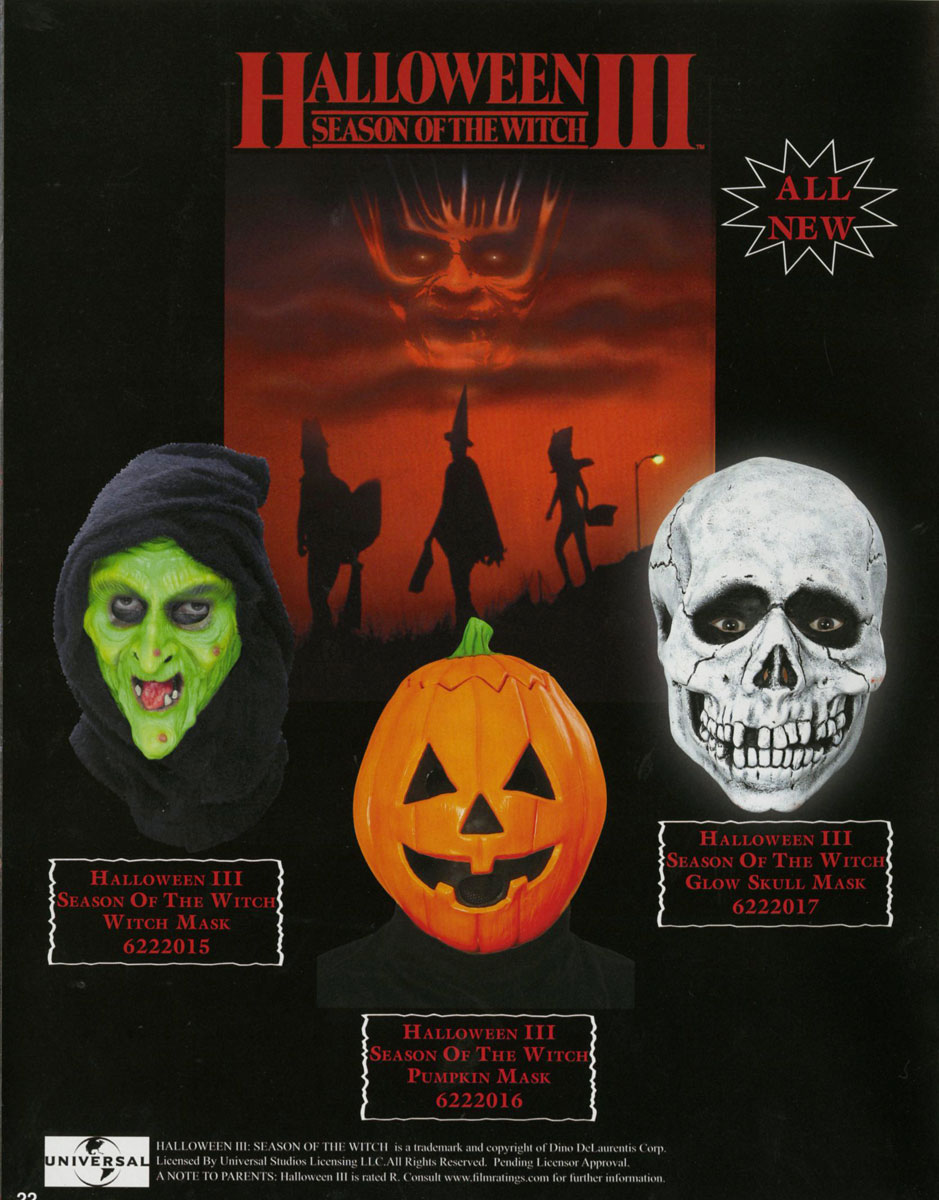 One of the saddest things about the timing of Don Post Studios’ closure was that the company was planning on re-releasing the three iconic Halloween 3 Silver Shamrock masks for the 2012 season, which was exciting given the fact that the original masks had become quite rare. From what I understand, very small quantities of the re-releases did actually see release before the company shuttered its doors, so be sure to poke around on eBay if you’re looking for them.

*UPDATE: Trick or Treat Studios picked up the license to the Silver Shamrock masks and will be releasing them this Halloween season. Hallelujah!* 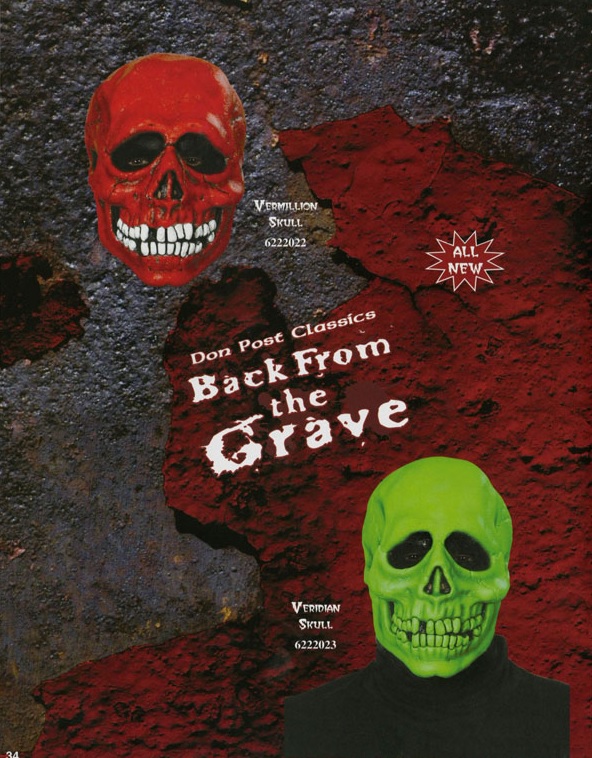 Also planned were two re-paints of the Halloween 3 skull mask, in both ‘Vermillion’ red and ‘Veridian’ green. Both were to be ‘Back from the Grave’ re-issues, with the red skull originally seeing release in 1968 and the green ten years later, in 1978. 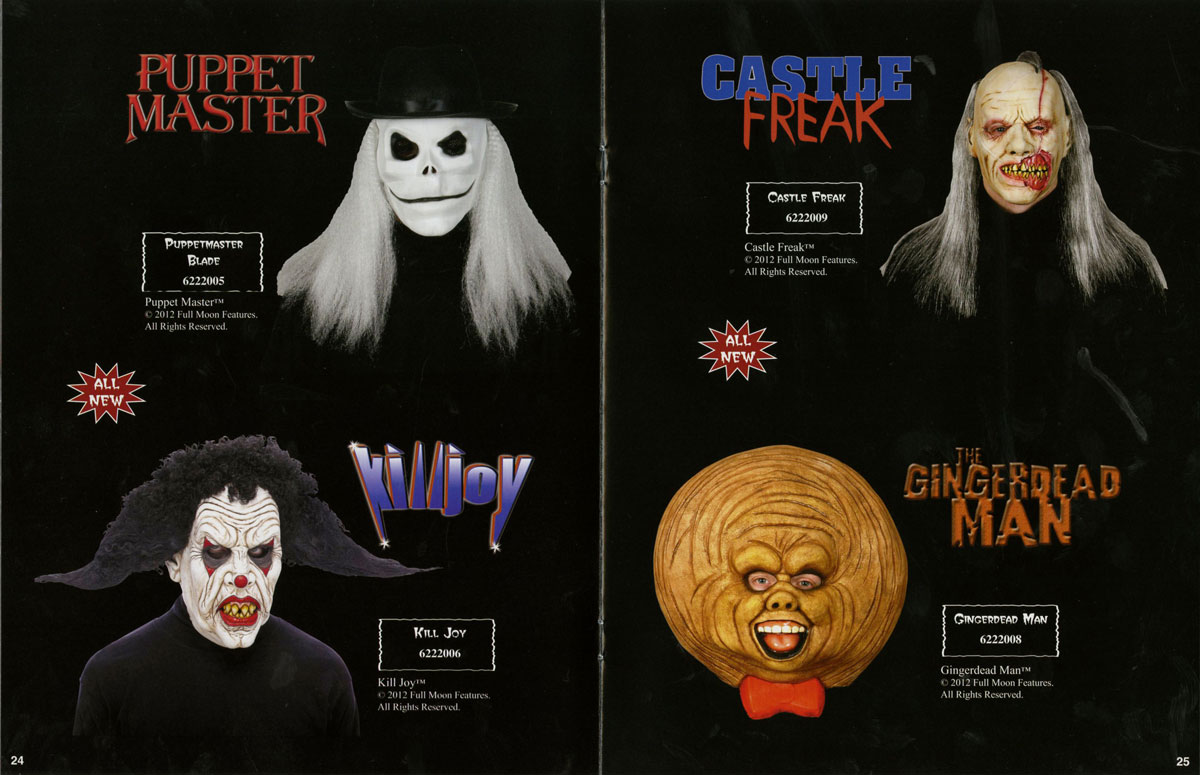 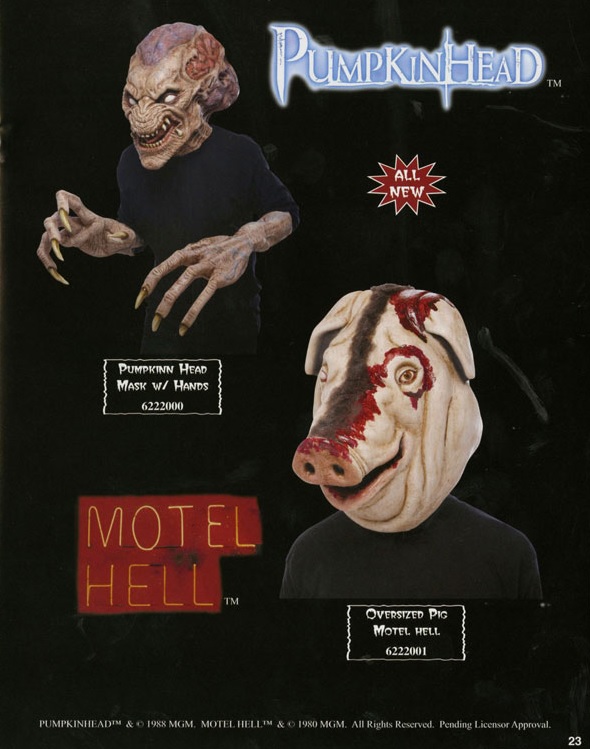 Two other exciting planned offerings in the 2012 catalog were these Pumpkinhead and Motel Hell masks, the former of which was going to feature a pair of rubber creature gloves. Though a licensed Pumpkinhead mask has still yet to hit the market, PMG Halloween did end up releasing a Motel Hell Farmer Vincent costume, including the pig mask, shirt and overalls, so there’s at least a silver lining to that cloud.

Check out some more unreleased masks from the pages of the 2012 Don Post Studios catalog below, and browse through the entire thing over on The Blood-Curdling Blog of Monster Masks! 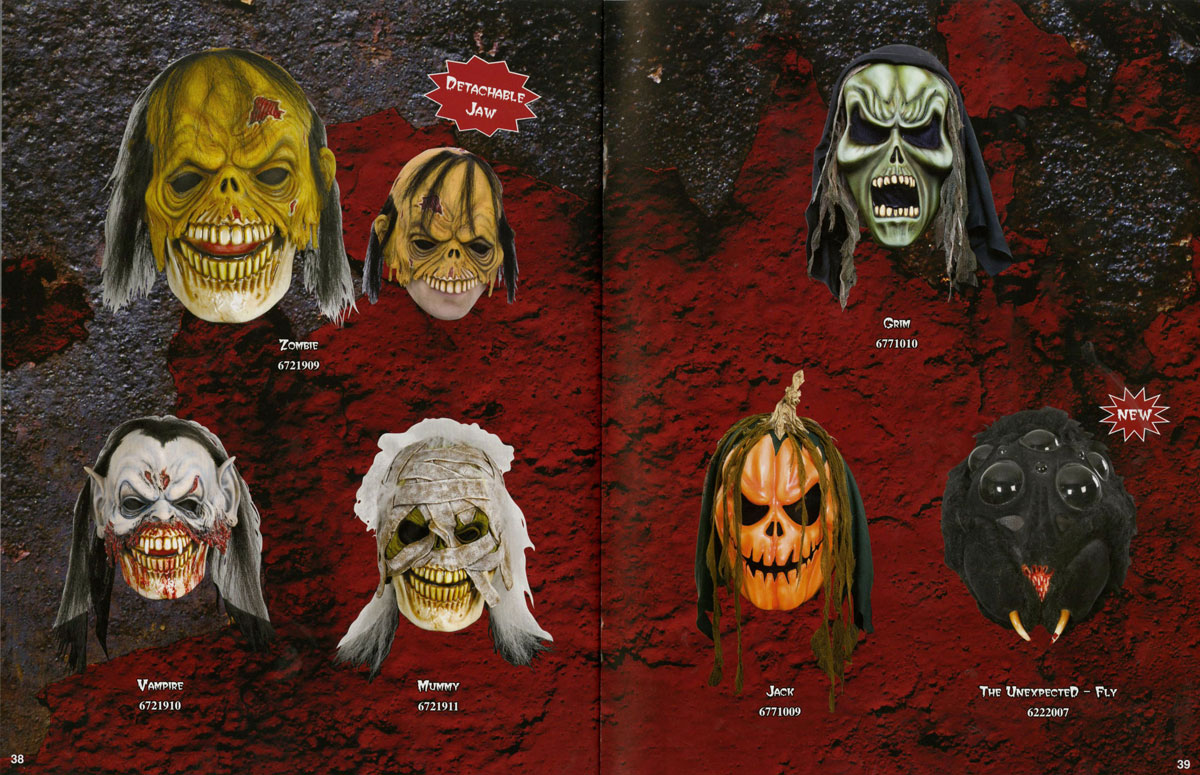 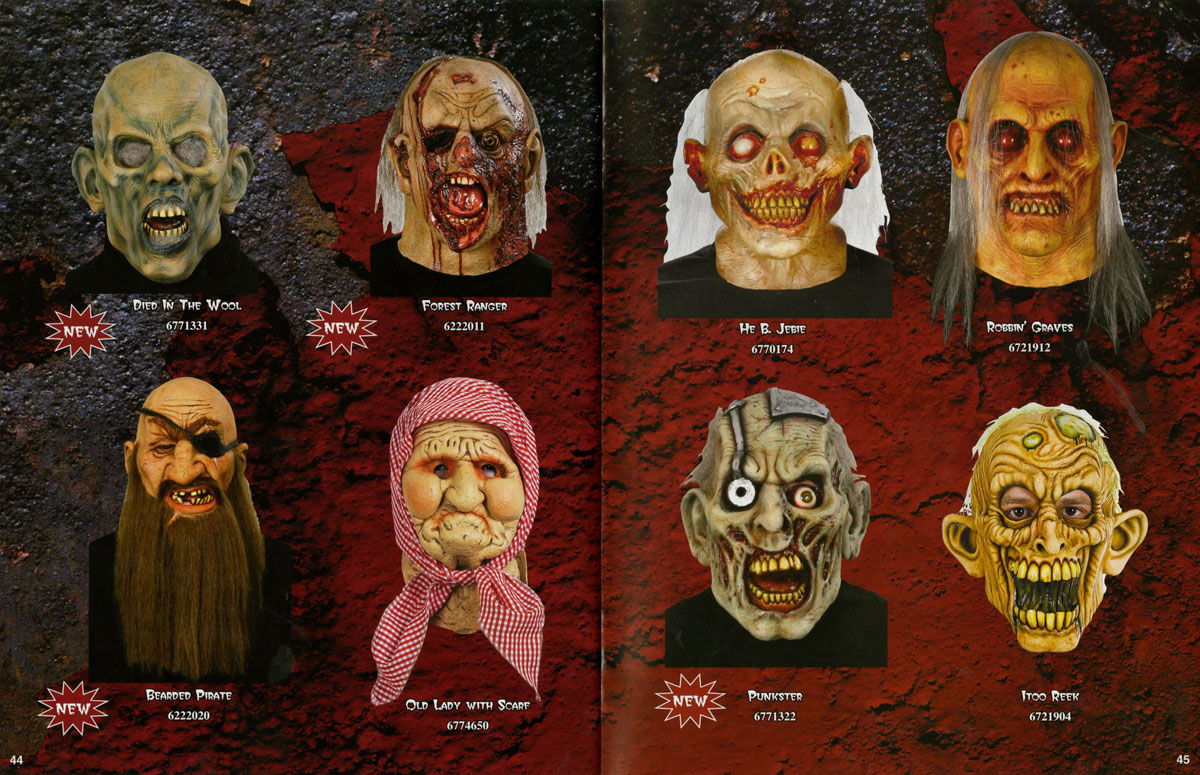 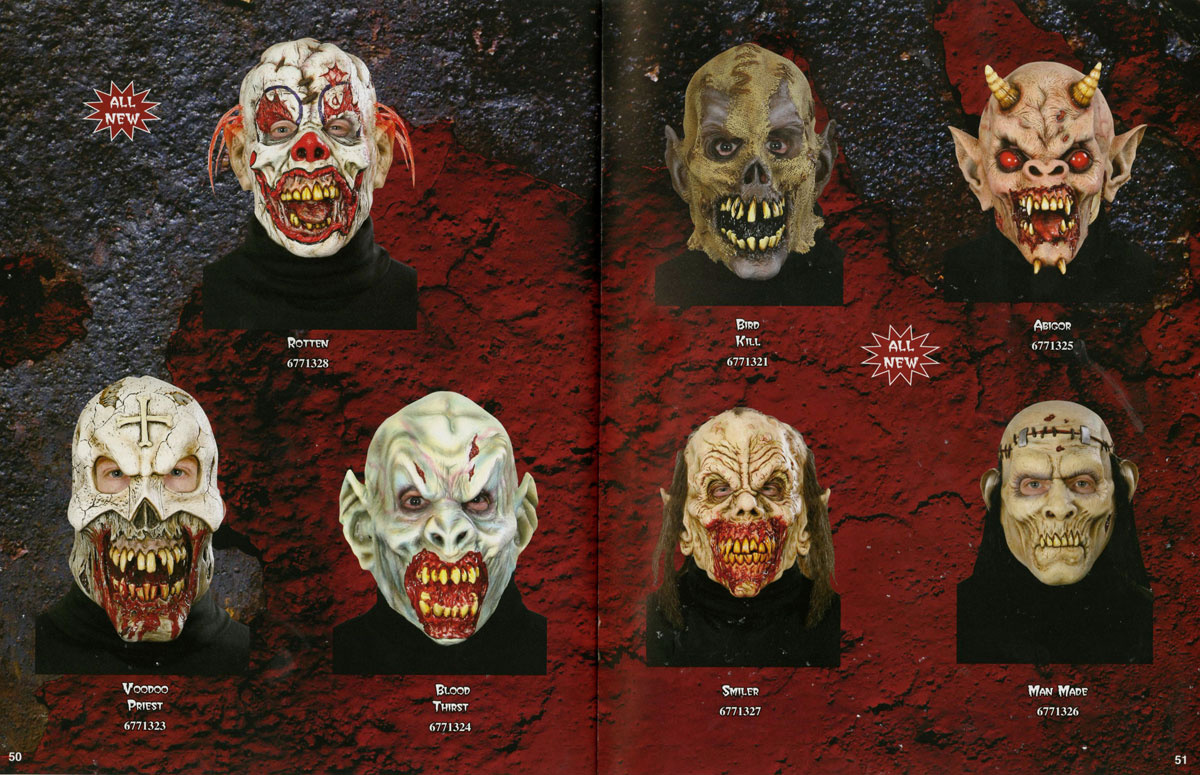