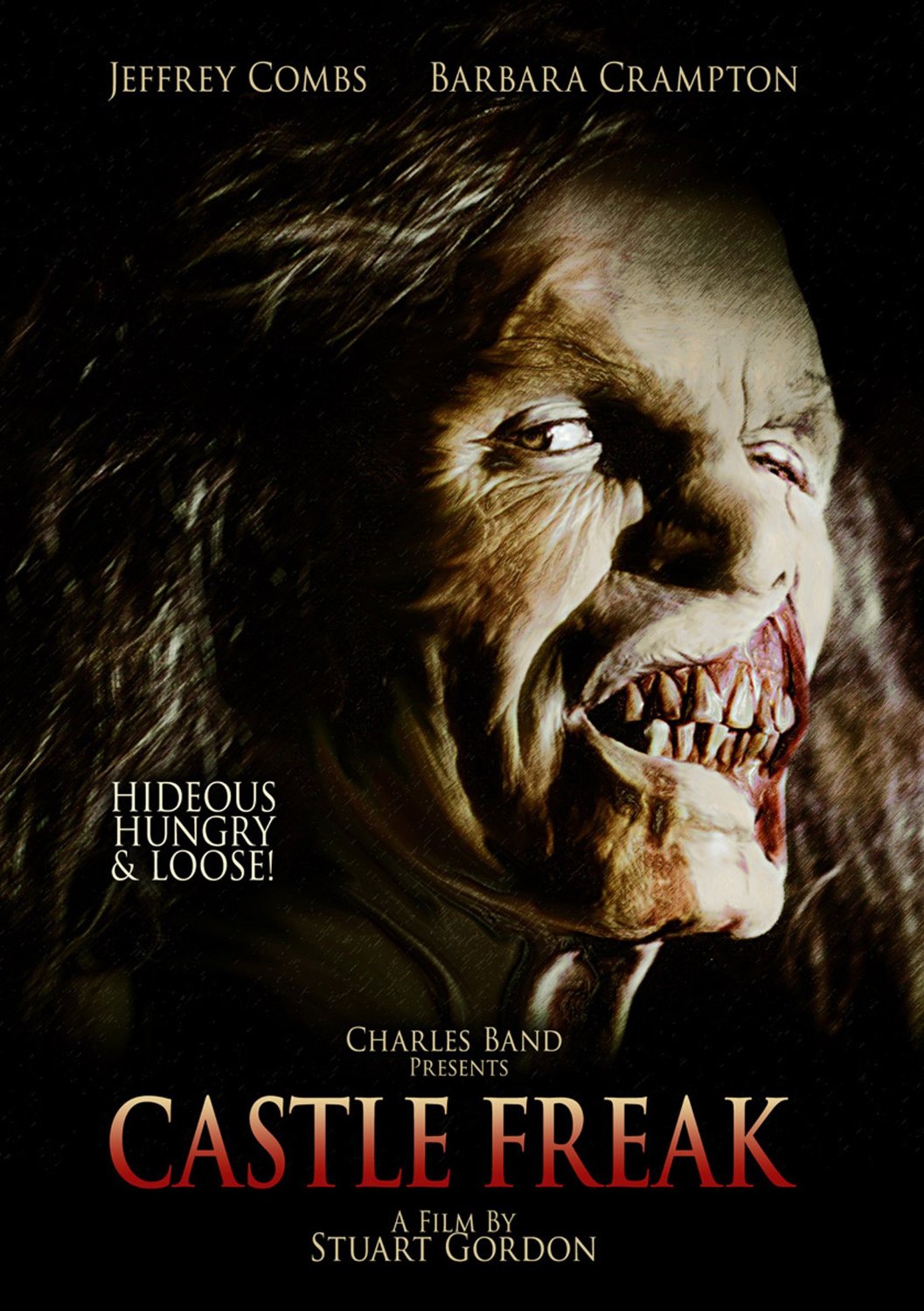 Once upon a time, many moons ago, I hit pay dirt over on eBay, scoring myself a massive lot of horror VHS tapes. As I recall, a list of the films was not included with the auction, as the seller instead decided to show off a few pictures and leave a little bit of that magical mystery on the table.

And it worked. I was intrigued, and since the mystery grab bag style approach to the auction warded most other bidders off, I ended up scoring the lot for pretty damn cheap – way cheaper than the seller by all means should’ve gotten for the treasures he was parting with.

And treasures they were.

A massive box arrived on my doorstep a few days later, and what I found inside was without a doubt the most incredible assortment of horror films I had ever seen. You could tell that the seller had spent years amassing a collection of the most controversial, bizarre and hard-to-find horror movies ever released, and I’m still to this day not sure why in the hell he decided to part with it. But I sure am glad he did.

I spent the next couple years going through the various tapes inside the musty cardboard box, with that auction introducing me to strange Italian cannibal films as well as all sorts of foreign and American flicks that I had never even heard of; Schramm, Guinea Pig and Island of Death, to name just a few.

Though far less obscure than most of the films in the box, the seller’s impressive collection also introduced me to Castle Freak, a Stuart Gordon-directed Full Moon release from 1995. It instantly become a favorite and I’ve since upgraded to the DVD, which I tend to watch at least a couple times per year.

Today was one of those days where I felt a re-watch was in order. So now that the long-winded intro to this post is over, I invite you to read on as I countdown five things I love about Castle Freak! 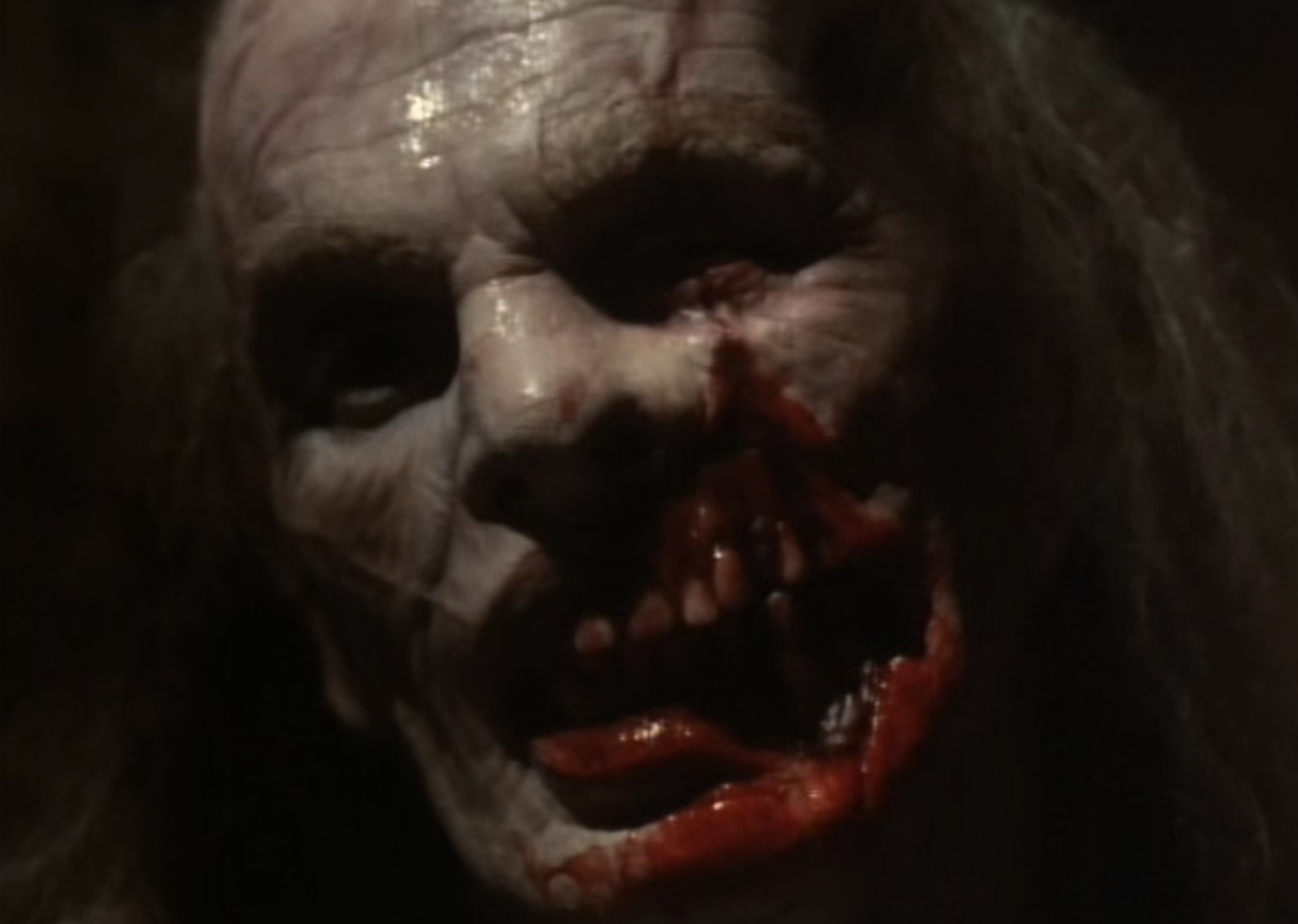 For those who have never seen it, Castle Freak is about a dysfunctional family of three who inherit an old mansion in Italy, which just so happens to have a vicious, once-human monster locked up in the basement. The creature – whose human name was Giorgio – is one of the coolest 90s movie monsters of them all, a dick-less beast played with utterly convincing effectiveness by Jonathan Fuller. With gnarly exposed teeth, paper-thin skin and a contorted body that makes him walk like a zombie, Giorgio is both scary looking and oddly endearing, with a solid backstory serving to make him an almost sympathetic character. Thanks to a great performance by Fuller and terrific makeup effects, the titular freak is everything a movie monster should be. 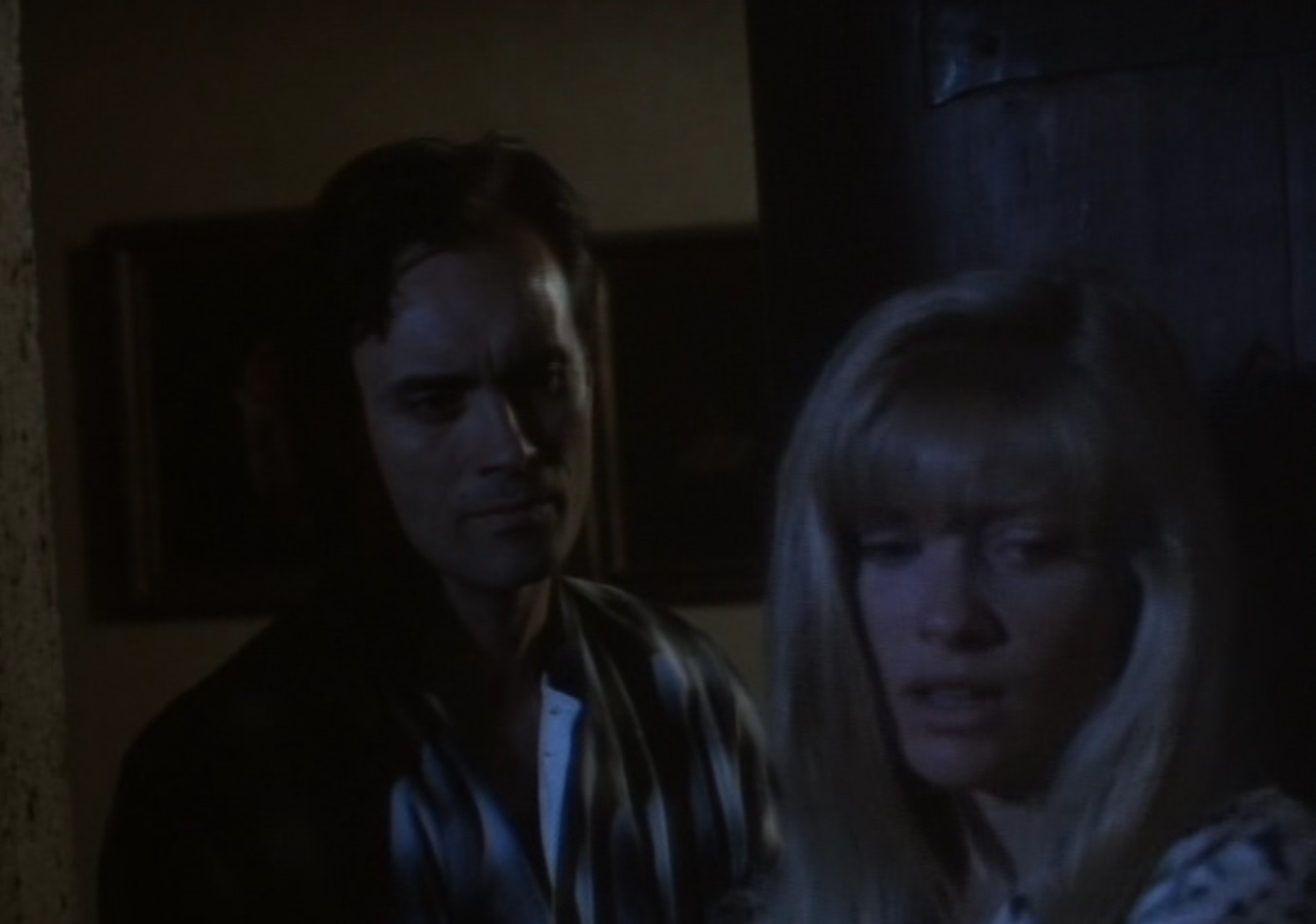 The characters of John and Susan, who inherit the mansion along with their daughter, are played by Jeffrey Combs and Barbara Crampton, who previously appeared on screen together in both Re-Animator and From Beyond – both of which were of course directed by Stuart Gordon. As always, Combs delivers a performance that is thoroughly enjoyable to watch, loaded with that over the top, hammy charm that makes us all love him so much. Best of all, there are a few scenes in here of Combs playing drunk, which is something you absolutely need to witness before you die. You’ve just gotta love any movie with Combs and Crampton as the leads, and re-watching this one earlier today definitely left me itching to see them back on screen together in the near future. 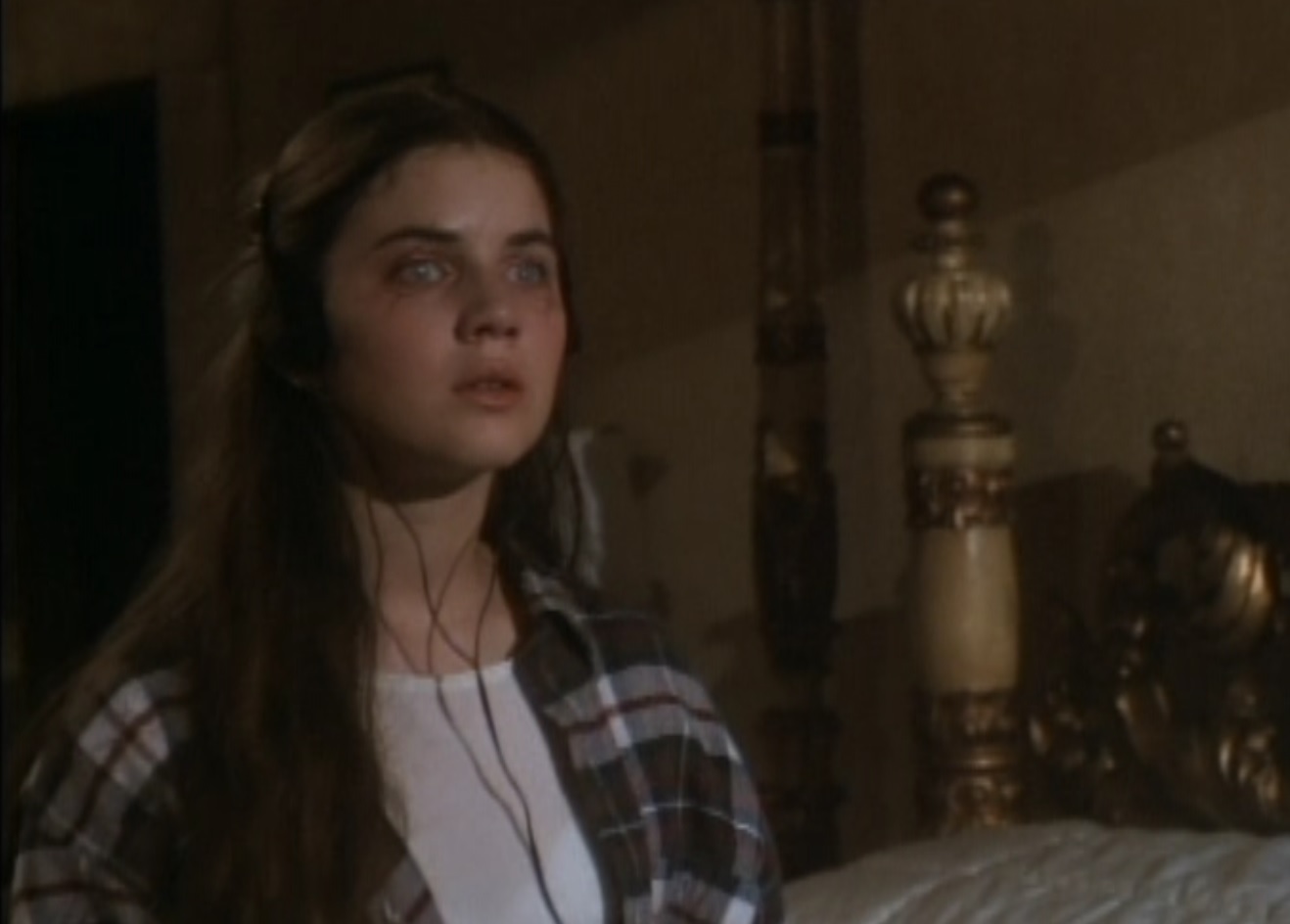 In recent years, Full Moon has of course become known for total silliness, and movies that are largely devoid of plot and/or characters with any sort of depth. In the past, however, Full Moon actually put out some quality stuff, and Castle Freak is one of the best examples of that fact. Rather than relying on the monster and the gore, it’s the story that’s the focus here, and the characters are all quite interesting as are their individual dynamics. From John’s past infidelity to his problems with booze – which resulted in the death of his son and left his daughter blind – there’s a lot going on here aside from the monster that dwells in the basement, making Castle Freak the rare Full Moon film that’s a genuinely good movie. 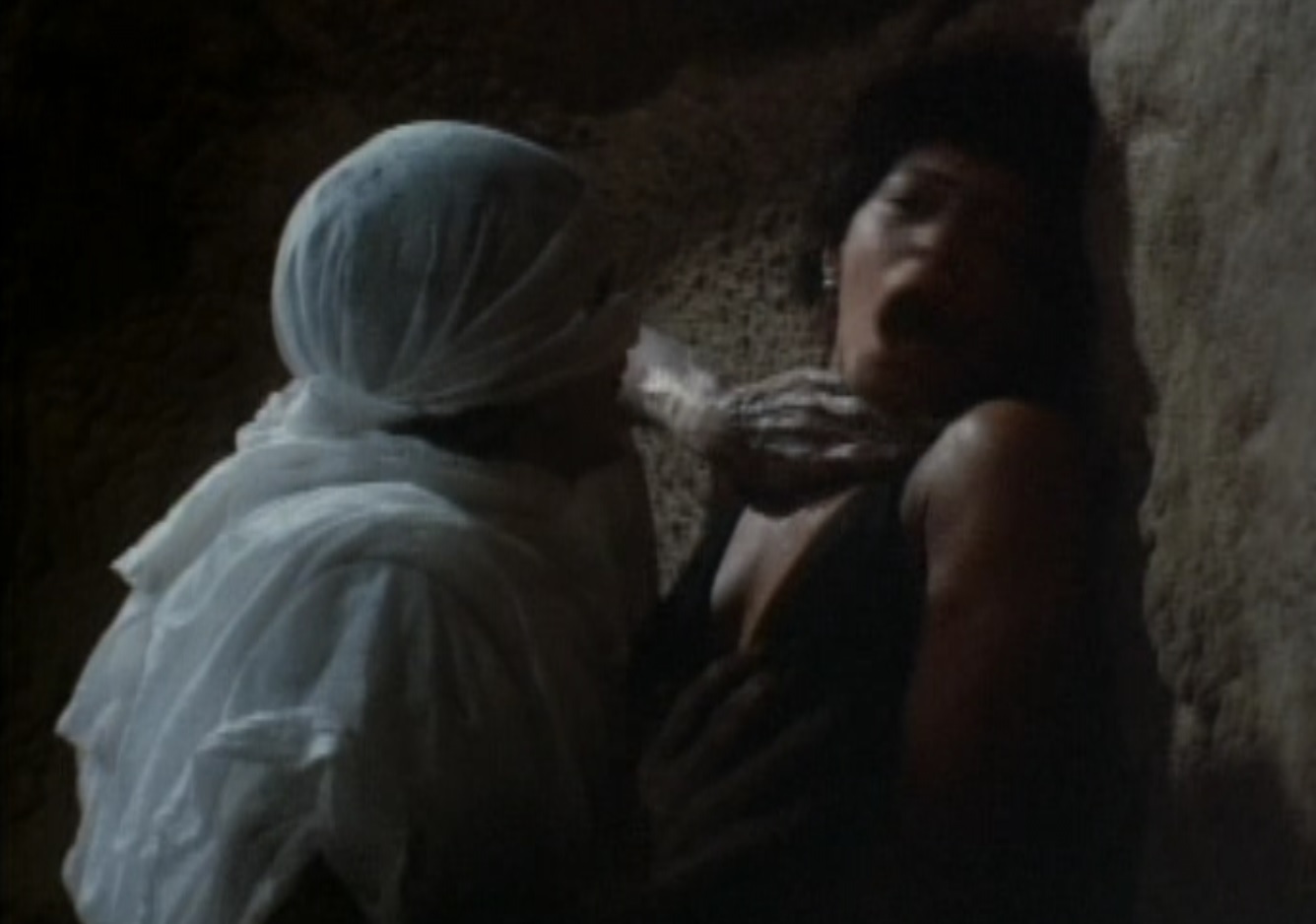 Though the story is the driving force of the film, that doesn’t mean there aren’t a few scenes that are loaded with the gore you’d expect from a Stuart Gordon film about a monster who’s chained up in an old mansion. The most memorable of those moments is undoubtedly one of the most bizarre sex/rape scenes in the history of horror, which sees the monster grabbing a hold of a prostitute John has sex with one night, and mimicking the intercourse he watched them have. Only, his version of events is a bit more gruesome. The creature first bites the woman’s nipple clean off and then, in a later scene, goes down on her. Yea. It’s pretty wild. 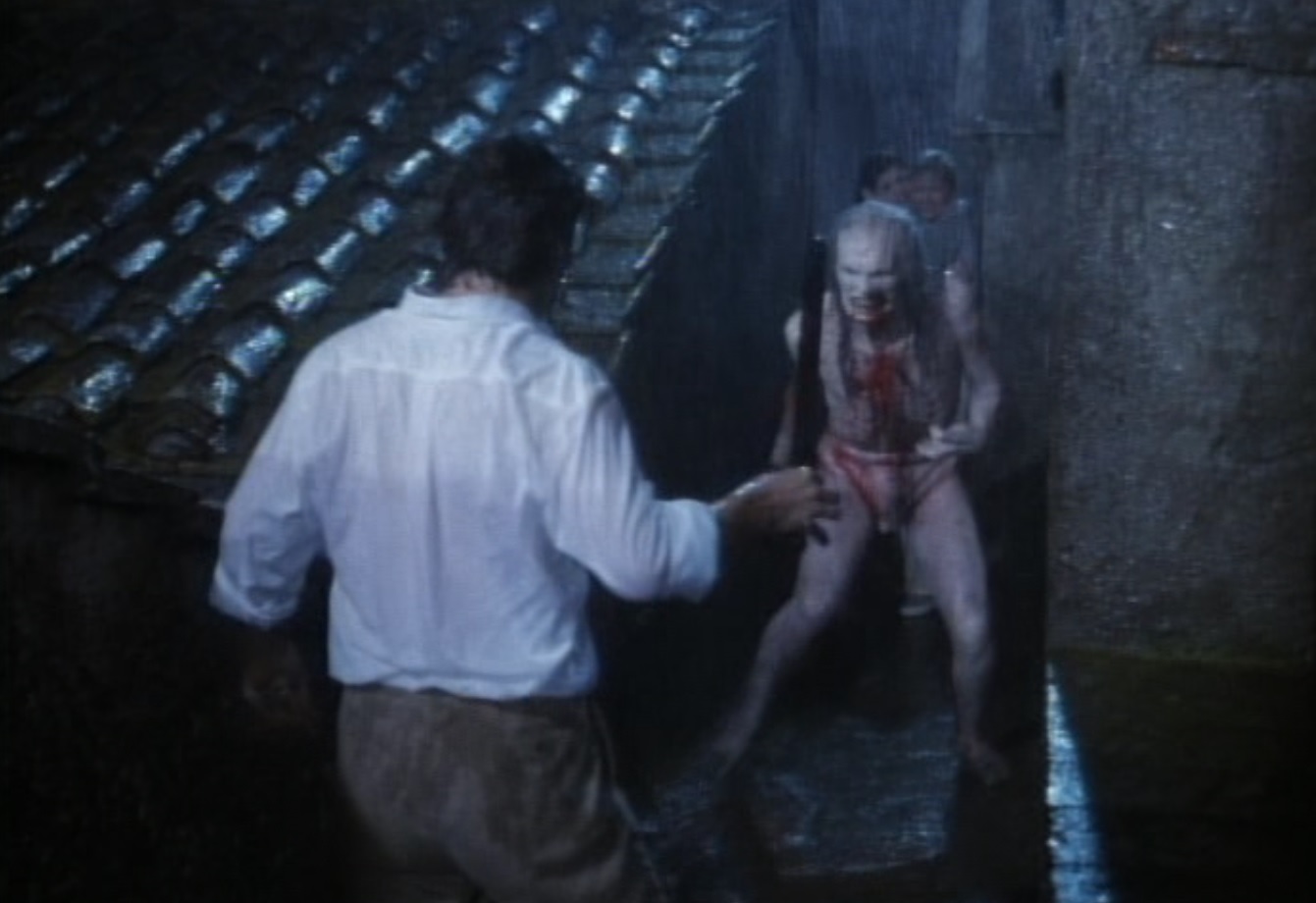 Though the majority of the film is smartly centered on family conflict that has little to do with the monster on the loose, the finale brings all parties together for a fairly epic conclusion, which sees John and Giorgio duking it out in a rainy, rooftop battle to the death. Thanks to the previous character and story development, the ending to the film has a lot of meaning behind it, with John finally protecting his family and ultimately redeeming himself. All that aside, it’s just a badass and well-staged battle, bringing the film to a very satisfying conclusion.

Castle Freak is not just my favorite Full Moon movie but it’s also one of my favorite direct-to-video horror flicks of all time, and a reminder that the 90s may not have been the best decade for horror, but those oft-maligned years nevertheless brought some gems into our lives.

Have you seen Castle Freak? If so, sound off below with your thoughts!