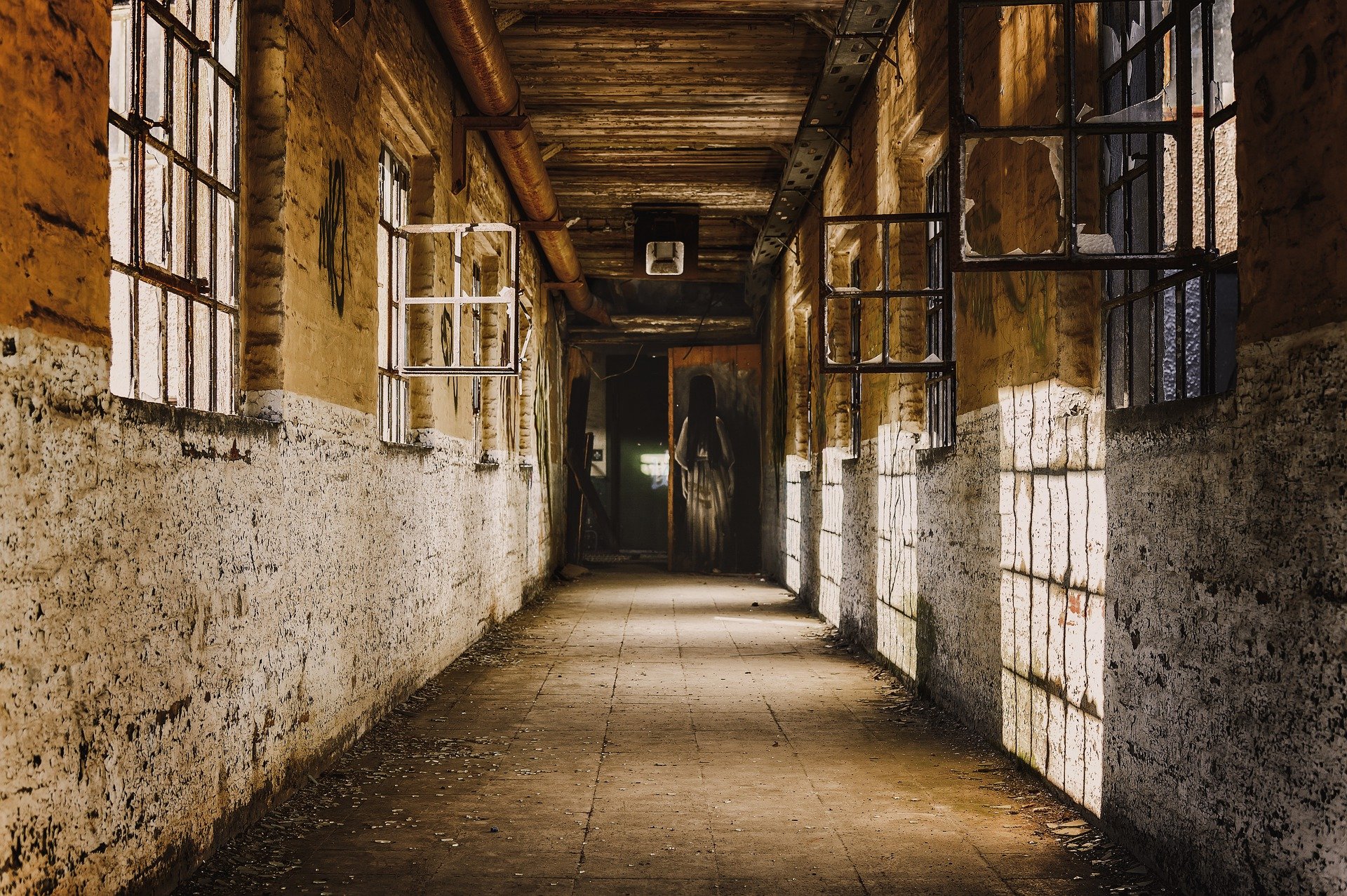 This is a two-part post. In the previous post I reflected on the impact Ghostwatch had on me.

In the countdown to Christmas in 1992, at the age of 11, I was having sleepless nights, not due to the usual excitement, but thanks to the lingering fear left over from watching Ghostwatch months earlier. However, I was soon to accidentally rid myself of this fear.

My parents were at a loose end. The child psychiatrists did not work and post-Ghostwatch the sleepless nights were getting worse. Despite this, I was still obsessing over all things paranormal during the day.

One rainy afternoon on the playground, a couple months after watching Ghostwatch, I decided to try and start my own Ghost hoax — my intention was to have a bit of fun and assumed my friends would instantly call my bluff. That morning at playtime I found two identical looking bits of plastic, as I started to head back inside I saw a skull-like wet pattern formed on the playground. As I was sat back in class a plan started to form in my little mind.

During the lunch break I convinced a group of friends to play around a bricked-off old boiler that was accessible from the playground. As per the usual game we started to throw sticks and stones inside, ensuring that a friend saw one of the earlier plastic findings. I throw it inside the boiler room. Then I took out the identical second plastic piece from my pocket and said that it re-appeared in my palm. Oooohhh freaky (not). But somehow it worked, the group were freaked out. I then proceeded to walk the group past the skull pattern and that sealed the deal.

From that small group of 3-4 kids, the rumours and stories grew and spread throughout the rest of the school with no help from myself. There were ghost sightings down corridors, in windows, and even poltergeist activity in the outside toilet block. The hoax took on a life of its own and for whatever reason the outside toilet block started to become the main source of ghost “sightings,” which were becoming a daily occurrence.

The escalation point was when new first-year children started to get caught urinating in the playground since they stated that they were too scared to use the toilet block because of the resident ghost. The headmaster went on to explain that the entire school is not haunted because there is no such thing as ghosts.

It was very amusing and gave me a strange sense of pride that I created all this chaos. I saw how much people want to scare themselves and how willing people are to make this stuff up. Within a couple of months I was in secondary school learning about the scientific method, how you try and disprove a hypothesis, and reproduce results. This was the final nail in the coffin for any paranormal belief I had remaining and my night fear was gone.

I still love all things paranormal and enjoy creeping myself out. I also still get that same goosebumps thrill when reading a ghost story and being scared when watching a new horror movie. But it’s only for the moment. My fear has been replaced with a passion for learning about the human mind — why we believe in the things we do, how we all have predictable, inaccurate software running up there (biases) with shortcuts (heuristics) that sometimes mislead us. For me it’s the best of both worlds and I’m very grateful to Ghostwatch for leading me down this path.