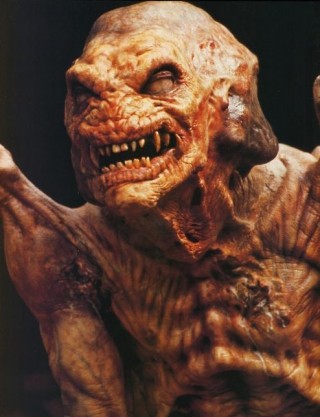 Last week I wrote up a post here on Halloween Love called Five Fun Facts: Pumpkinhead, where I talked about some little trivia tidbits that you might not have known about the film. I was delighted to see that the post received a comment this week from a man by the name of Gary Gerani… the co-writer of freakin’ Pumpkinhead!

Gerani commented on the post with some additional little tidbits, and since he seemed to be up for talking about the movie, I reached out to him on Facebook, eager to interview one of the men who brought one of my personal favorite horror films to life.

He agreed to answer a few questions, and so today I present to you an exclusive chat with Pumpkinhead co-writer Gary Gerani, which touches upon the film’s early origins, a planned spin-off TV series that never happened and a remake (starring Josh Brolin!) that was recently pitched. Enjoy!

HALLOWEEN LOVE: You mentioned in your comment that Ed Justin’s original Pumpkinhead poem – which inspired the film – had nothing to do with revenge or even a demon, and that the demon of revenge angle came out of films you and co-writer Mark Carducci were working on in the 70s. Can you tell us a little bit about those early films, and how much of them made it into the Pumpkinhead script? 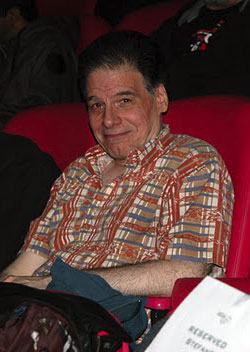 GARY GERANI: Like most monster buffs from that era, Mark and I were obsessed with making our own movies. We loved the occult, and I had written a story called “7 Gargoyles of Satan,” and another story called “Hell Mountain.” They became the basis of a 16mm film Mark was planning to direct, and that we would write, called “Armageddon.” My Don Post Creature from the Black Lagoon [mask], with a hood over its head, was drafted into service as the first Demon of Revenge! Mark even did storyboards, and I illustrated a full-scale sign prop (“Welcome to Armageddon” – so many letters!). The name Pumpkinhead, of course, was not from our mythology. Unfortunately, for whatever reasons, we never made the film. Or did we… ? Anyway, the backwoods setting (Mark and I loved Deliverance), the concept that all of man’s sins have a special demon, which came from “7 Gargoyles of Satan,” and, I suppose, the Lovecraftian look of the monster (which the Creature stand-in gave us)… these are elements that were carried through in Pumpkinhead.

HALLOWEEN LOVE: Do you remember any scenes from the original Pumpkinhead script that didn’t make it into the finished film?

GARY GERANI: The young people were originally introduced at a diner, in a scene that began with a girl’s shapely butt filling the screen – which we wrote, the storyboard guy illustrated, and Stan [Winston] shot. It was a brief scene that told us a little bit more about the characters, but ultimately nothing that we couldn’t pick up from the next few scenes. The bit ended with a nice semi-poetic shot of Tracy and the other girls exiting, as the wind kicks up and their hair blows elegantly. Oddly enough, I think Stan was right to cut this material. Our story always was about Harley and his son, and the way it all plays now… Harley’s telling his boy a kind of fairy tale, “then, one day…” and BAM! We meet the young “city kids” on the road. They’re supporting characters in this story, fulfilling what’s needed, and that’s how it should be. But it’s Ed’s story… and, to a lesser degree, Tracy’s. 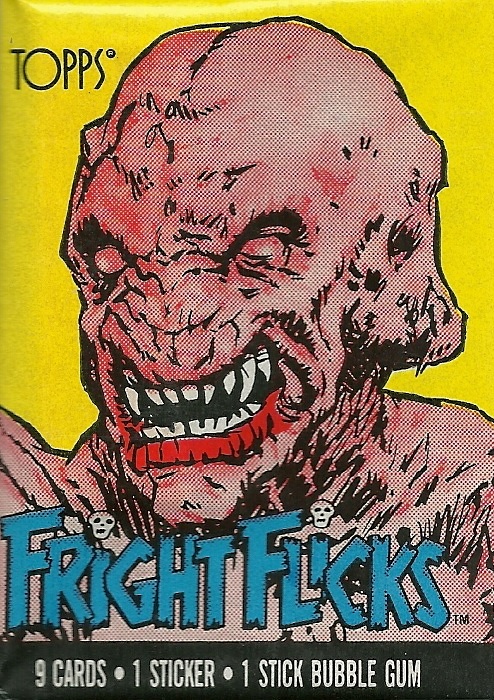 HALLOWEEN LOVE: As a writer for the Topps trading card company, you wrote and edited their Fright Flicks cards, and Pumpkinhead was one of the films featured in that line. Must’ve been quite interesting, writing funny captions for a movie you wrote. Can you tell us a little bit about that experience?

GARY GERANI: I was working on staff at Topps in the ‘80s, so I suggested a modern-day version of the classic “funny monster” cards we had done for decades. But instead of B/W Frankenstein with a silly joke underneath him, it would be Freddy Krueger! And Fright Night! And many of the modern-era monsters from various studios. Both the Predator and Pumpkinhead were brand-new… and, of course, I pushed to have my own creature included. He was a Stan Winston bogey, after all. The film was still being called “Vengeance the Demon” at that point, although I managed to get the character Pumpkinhead his own sticker! Hell, I even worked the Ghostbusters monsters into that set.

HALLOWEEN LOVE: Pumpkinhead was of course spun off in many different directions over the years, from several sequels to a video game. Is it true that a TV series based on the film was at one point in the works?

GARY GERANI: I wrote an extensive TV proposal for Tales of Pumpkinhead, which would have explored the other “sin demons” in what I call the Dark Pantheon, in episodes alternating with ‘Pumpkinhead proper’ stories every week. It spanned centuries and had a really interesting mythology, which built to a season finale involving an unholy “team” of sin demons, with Pumpkinhead leading the pack! The Sci-fi channel seemed interested in this for a while, but nothing came of it. I suspect the TV movies they eventually produced were inspired by that idea-heavy, book-like proposal. 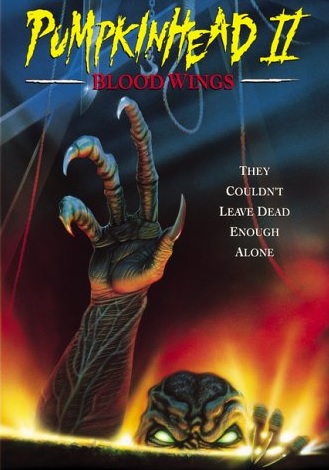 HALLOWEEN LOVE: IMDb lists you as being a ‘creative consultant’ on Pumpkinhead 2: Blood Wings. What was your involvement with that first sequel?

GARY GERANI: We wanted to re-write the screenplay, but Motion Picture Corporation insisted that we work with what they prepared. Ultimately, we squeezed in some additional information to connect both films, but the whole thing was a mess. Mark and I have a brief scene in it, however, as a couple of guys who lose our money in a cock fight.

HALLOWEEN LOVE: Have you seen the two made-for-TV sequels that came in the wake of Blood Wings, and if so, what are your thoughts on those?

GARY GERANI: I saw the TV-movies, which, as I said, seem inspired by Tales of Pumpkinhead. Getting Lance back was smart, and having him as a ghost hanging with Haggis was a fine idea. I seem to recall that one movie was pretty bad, while the other was quite good. I remember being impressed that they were trying to maintain the visual flavor of the original film, ignoring Blood Wings completely. That showed intelligence. The actual look of Pumpkinhead, on the other hand… I don’t know. The only time the creature looks convincing on film is in our original movie, with that specific sculpt, and shot the way we did it. Otherwise, it comes across as a plastic action figure, or a monster from the ‘50s. Something is missing… the visage of Lance Henriksen’s elegant facial features under the reptilian wrinkles, perhaps.

HALLOWEEN LOVE: A Pumpkinhead remake has been rumored and talked about for quite some time now, and it’s inevitable that it will eventually happen. What direction do you think the filmmakers need to go with the remake, in order for it to be a success?

GARY GERANI: About a year ago, original Pumpkinhead producer Billy Blake and I proposed a reboot to Motion Picture Corp. It was a very classy horror film, with Josh Brolin cast as Ed Harley. The scenario also brought Ed’s wife into things, before she dies. Sad to say, we got nowhere. I have no idea what Brad Krevoy is planning now, but it certainly isn’t with us.

What makes for a good Pumpkinhead story? It’s The Virgin Spring meets Jekyll and Hyde; it should be elemental; very real, no matter how fanciful. Make it as believable as Lance Henriksen was as a man of the soil, who loved his little son not wisely, but too well. And get visually poetic in certain selected moments… Deliverance by gritty day, elegant Mario Bava dark beauty by night!

Sounds good to me. Huge thanks to Gary Gerani for taking the time to answer these questions, and we hope you enjoyed reading our little chat as much as we enjoyed having it.