Horror fans often discuss horror within two camps: mainstream and independent.  More times than not, mainstream horror is classified as a film given a wide theatrical release while independent films are festival darlings, straight to VOD, or limited theatrical releases. Independent films are films that thrive on word of mouth; considering the lack of marketing budget for these films makes it more difficult to hear about them. End of the year “best of” lists are often filled with independent gems, but there’s another group that often gets overlooked. 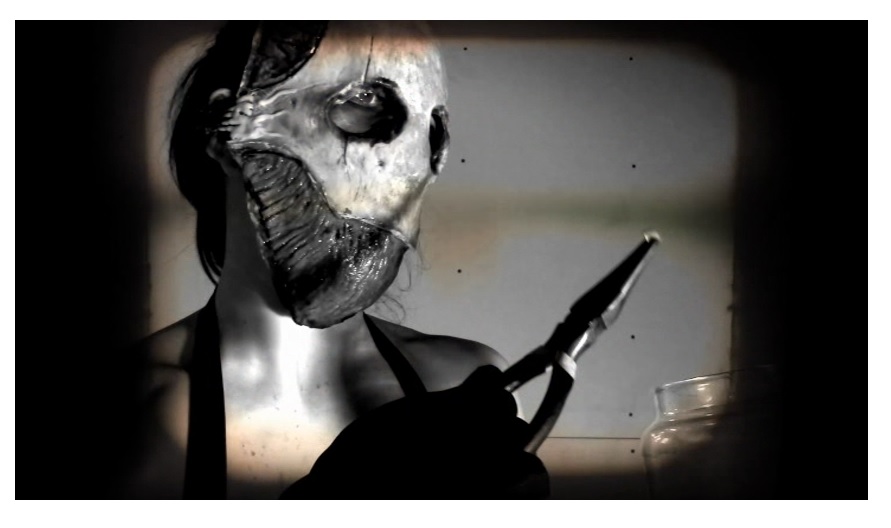 A still from Dustin Mills’ Her Name Was Torment

5. Supporting underground horror supports the future.
Everyone has to start somewhere, and with the increasing accessibility to cameras, editing software, and actors, underground horror is a breeding ground for the future of horror films. Like all things, becoming a great filmmaker takes practice. However, making a film is an exhausting, exhilarating, and expensive experience. Your $10-$20 purchase could make or break an underground filmmaker’s career and could be the reason they are able to continue to grow as a creator. The next John Carpenter is out there, and you might just find them on a blind buy off of a convention table.

4. You want originality? Underground horror has it.
It would be foolish to say that there aren’t plenty of underground horror films that are nothing more than trite rip-offs of existing films, but underground horror is a watering hole for originality.  Without the restrictions of big studios telling them their film HAS to be found footage, or without investors having a say in how they want the film to look, underground horror films capture the independent spirit of yesteryear better than the “independent” circuits.  Underground horror films are often more experimental and adventurous.  Looking for a new horror musical?  Try Phantom of the Grindhouse from Chris Seaver.  A bonafide gorehound tired of films watered down for ratings? Anything released by Toe Tag Pictures is sure to satisfy your needs. Craving Peter Jackson style puppet films? Filmmaker Dustin Wayde Mills has multiple horror puppet films for you check out like Snuffet, Easter Casket, and The Puppet Monster Massacre.

A still from Joe Stauffer’s Pieces of Talent

3. Underground horror let’s you be ahead of the curve.
Admit it, it feels good to be the first of your friends to discover a new awesome horror movie. Underground horror is often limited to its region, as it can be very costly to travel around to conventions across the country.  Meaning, if you live in the midwest, there’s a good chance you’re going to see a horror movie that your pals on the west coast aren’t going to see unless you tell them it exists. A film like Pieces of Talent made my best of 2014 list, and it’s criminal how many people still haven’t seen it.

2. Underground horror promotes practicality.
When you don’t have any money to make a movie, you have to be resourceful and remarkably creative. Special FX, sound design, soundtracks, costumes, and locations are often begged for, borrowed or straight-up stolen. Some of the most ingenious films have come out of the underground. A great example is President Wolfman. The film is made entirely out of stock footage and public domain films, with new dialogue dubbed over. It’s hilarious, and its an idea born out of a lack of budget. 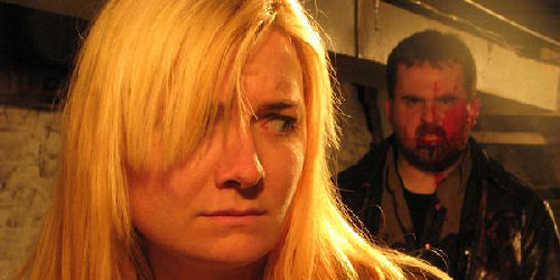 A still from Eric Stanze’s Ratline