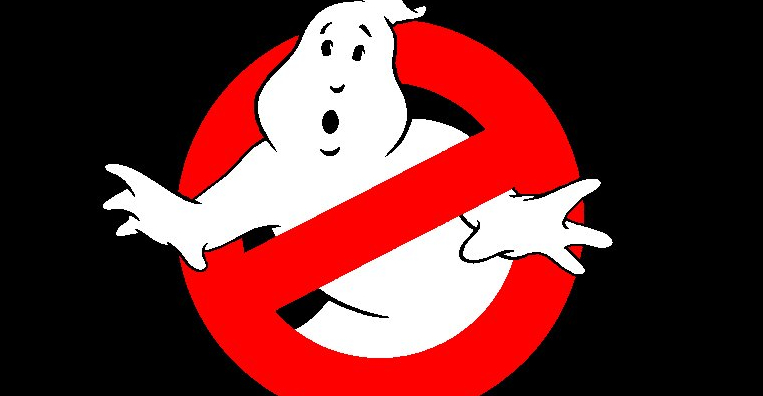 Over here in the UK we had to wait quite a bit longer to see it back in 84′, but it’s always felt like a massive Summer movie to me so I’m going to celebrate along with the rest of America this time.

Ghostbusters is, without doubt or hesitation, quite simply one of my favorite movies of all time. To me it is almost above critical debate because it accomplishes what it set out to do in near perfect fashion. The humour is timeless, the effects still look strong and the acting flawless … It’s a complete package.

I was 9 when I went to see it with my mum and brother on the opening day, and I can’t think of a more perfect age to be watching such a movie to be honest … I was young enough to still be surrounded by a bubble of nervous excited energy, but old enough to understand SOME of the more mature humour and to be able to sit still and really WATCH the movie from start to finish. It is by far, the greatest cinema-going experience I have had in my entire life. The whole audience just seemed to be as excited as I was and they really added to the fun vibe that was hanging in the air. Every single person sang the theme song at the start and every little moment of humour was spotted and appreciated by all.

This article is a little love letter to that day. I’ve selected the moments from the movie that my 9 year old self loved the most. I basically adore the whole damn thing … but this represents the scenes that stuck in my memory when I returned home from seeing it for the first time. Enjoy!

“You only have seventy five more to go”

The classic opening scene uses its time perfectly to set up the character of Venkman. In just over three minutes you discover that Pete is: charming, devious, relaxed, mildly cynical and LOVES the ladies. The audience was still settling into their seats at this point and the place was buzzing but the laughs started almost immediately, especially when the chewing gum gets launched onto the table thanks to a little electric shock fun. In the hands of a lesser actor Venkman might have come across slightly unlikeable, but you just connect with the guy from the very start. Bill Murray at his finest.

The whole section in the library is scripted and shot to perfection. You get to know the characters, you get an instant understanding of their relationships with each other, and the razor sharp subtle comedy that is found throughout the movie comes thick and fast. You also get to see your first ghost (called Eleanor Twitty), which is arguably the creepiest in the whole movie. When that old lady transformed with full volume cinema sound I properly jumped in my seat and for a few seconds afterward found myself laughing and shaking at the same time. True movie magic.

As a kid my favorite scene in the whole movie was the search for Slimer around the quiet corridors of the Sedgewick Hotel. Watching it for the first time was incredibly exciting as you waited for the moment Slimer was finally revealed … and Ray’s hanging cigarette got what was possibly one of the biggest audience laughs of the entire showing.

“I think he can hear you, Ray”

Venkman’s nonchalant stroll around the hotel is cut short when he comes face to face with Slimer. The dialogue between Pete and Ray over the radio is the stuff of legend now, and after getting ‘slimed’ you hear more classic reactions. Ray is excited while Egon is just concerned about getting a sample.

“The flowers are still standing!”

Who wouldn’t want to trash an entire ballroom full of crisp white plates and neat tables when they are 9 years old? I remember watching this scene that first time and just thinking how cool it was that the guys weren’t bothered about being careful in any way, shape or form. It’s a pivotal moment in Ghostbusters history. Their first capture and proof that the crazy equipment and technology they had thrown together actually functioned.

That line got a huge laugh and is something I still use and quote to this day. Rick Moranis was just brilliant in the movie from start to finish. He made Louis, strange without being creepy and funny without descending too far into slapstick. I also remember having a small crush on Janine, so any scene that she featured in was a nice bonus.

I get the feeling it takes a LOT to get Egon angry, but that’s what Walter Peck does when his actions cause the containment system to blow, releasing all the ghosts captured up to that point. One of the lasting effects Ghostbusters had on me when I was young was that it made me fall in love with New York (visually) a little bit. Growing up in England during the 70s and 80s, you didn’t really encounter skyscrapers at all. They were these almost mystical buildings that only existed in your TV and far off places like America. Ivan Reitman shot the city beautifully, this scene being a perfect example. It was basically a musical interlude before the grand finale, and like everything else it just worked perfectly.

“This man has no dick”

By this point every single person in the cinema wanted Peck to get what was coming to him so the moment where ‘Lenny’ and ‘Mike’ come together and start their old pals act was quite stressful in my 9 year old mind (“Why won’t they just let the Ghostbusters do their job!!”) … Thankfully there was a city to be saved and sense soon prevailed. William Atherton does ‘annoying bastard’ better than anyone else in Hollywood and even though I despised him in my youth I now just enjoy and appreciate his brilliantly slimy performance.

“Alright, this chick is toast!”

The final confrontation with Gozer felt and looked just as epic as I had imagined it would be. The use of an actual set with a non-CGI background gave it substance, and with the added dark sky effects the end result looked wonderful, and quite real. I was initially confused at the sight of Gozer being a woman, but Egon’s swift line of dialogue soon sorted that out, and the choice of Slavitza Jovan, to briefly play the part was ultimately inspired.

My final vivid memory from that amazing day is of course of Mr. Stay Puft. Back then I referred to him as “Puffy”, and a few weeks previously I had been given a large cuddly version as a present from a relative, so his introduction was something I had been excitedly waiting for. He is just such a clever creation. If Ghostbusters had been made for the first time in 2014 I have almost no doubt that the final ‘big bad’ would have been some kind of huge, flying CGI creature with sharp teeth and fire breath! To use the idea that Ray had desperately tried to think of something harmless and then turn it against them was not only comedy genius but it was smart and brilliantly unexpected.

Ghostbusters simply didn’t miss a trick. How often do you leave the cinema TOTALLY happy and without disappointment of any kind? It is effortlessly funny, entertaining, intelligent and never targets a specific age group. It’s never too crude and never too cute … It has something for everyone and is worthy of every drop of praise it gets.