Welcome back fiends! It’s time for another member of our horror loving community to reflect, ponder and ultimately decide which movies mean the most to them.

The rules are simple: I want to know the ten movies that mean the most to YOU. The movies that have shaped your passion for the horror genre, in your youth or as an adult. These lists aren’t about choosing which movies you think are technically the best or the most popular – I want to see selections from the heart and I LOVE reading the reasons why, no matter how brief, complicated or just plain crazy they may be. Taking part in ‘Your Choice’ can seem an easy task at first, but the majority of readers and individuals I’ve invited to create a list have admitted finding the experience seriously tricky, and todays guest was no exception.

Step forward Dr. Jose … A horror aficionado, writer, designer, Youtube presence, beer drinker and creator of Camera Viscera. He’s been an absolute pleasure to communicate with and met the challenge in style with a brilliant batch of memories and selections. Here he is to reveal all … 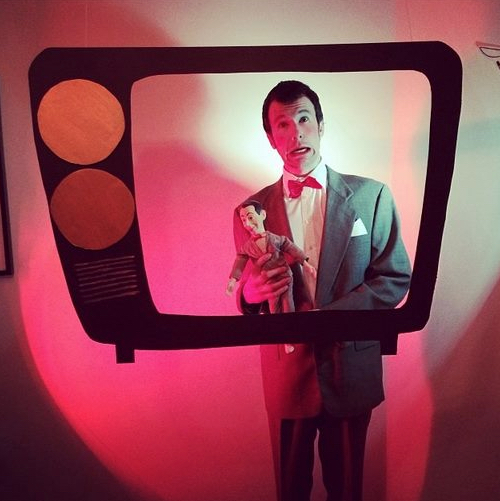 “Dang! Narrowing this list down to only 10 entries was like trying to herd cats. That is to say, it was damn difficult. Look, let me just get this out of the way: My Top 3 favorite horror films are The Texas Chainsaw Massacre, Halloween, and The Shining – no question. I have to make that clear before proceeding. But this list is supposed to go above and beyond my immediate ‘go-tos’; it’s meant to transcend my obvious choices.”

“So, without further rambling, here are the Top 10 horror flicks that blow me away, even if they didn’t crack my Top 3. No particular order …”

“Truly one of the scariest modern horror films. Everything about this move is top notch, from the creepy score by Philip Glass to the believable performances from the Cabrini Green ‘locals’. And as a Chicago native who worked near Cabrini, I can assure you: Candyman is real!”

“Another perfectly executed horror flick that scared the bejesus out of me as a kid. Zelda, the sister with spinal meningitis? That is easily one of the most horrifyingly real and nightmarish scenes I’ve seen. Ever!”

“I love Stephen King as a writer, but I might love him more as an actor. No one plays yokel like Steve King. He is the Bumpkin King. As a lover of comic books and horror flicks, watching this movie is like putting on a warm, cozy sweater.”

“Another movie that is rife with horrifying and disturbing imagery that at the time hadn’t been seen before but soon became cliches among the genre. It’s so excitingly creepy, it’s both a refreshing and terrifying watch. Good for when you want a break from the blood but still want to be utterly freaked out.”

“This might be *the* perfect 80s horror film. Stellar cast, hilarious script, great punk soundtrack, full of great references and in-jokes. And the first time zombies wanted “braaaaaiins!” And I can’t tell you how many times I’d go to the video store as a kid and hold the VHS box in my hands, examining every square inch. So good.”

“Am I crazy to find this movie heartbreaking? I mean truly devastating? Dude essentially turns himself into a fly because he thought his new girlfriend was banging her old flame – which she wasn’t. Don’t that just beat all? Great effects, solid cast (Goldblum IS Brundlefly), and perfect pacing.”

“This is one of the movies I saw as a kid with no prior knowledge of what the movie was about or what I was getting into – I just really liked that the weird-looking alien on the cover who was flipping the bird. That thing looked like a mix between a California Raisin and a blood-engorged tick. Anyway, few movies are as insane, perverse, shocking, and fun as this one. A definite jaw-dropper.”

“Something about this movie always stuck with me. I really love it. As a neo-gorehound growing up, I preferred Officer Matt Cordell over the glut of slasher knock-offs that saturated the genre at the time. He was a bad dude you kinda rooted for. Great spooky score. Plus it’s got Bruce Campbell and Tom Atkins! C’mon!”

“I often note that this film was the genesis of my secular lifestyle. Seeing Brooke Shields be burned alive inside of a coffin in the backroom of a church when I was in kindergarten? That pretty much zapped any chance of me attending services for the next several eons. Great raincoat killer, though!”

“Wanted to include a recentish one. This movie is easily the most perfect horror film I’ve seen since it was released. Everything about it is so beautiful, and honest, and natural. Nothing seems forced. The locations, the actors, the cinematography, the violence. It’s gorgeous. Recent films like The Babadook and The Guest are great reminders of the potential the horror genre possesses. But hell, Let the Right One In just knocked me out, man. Still haven’t seen anything that surpasses it.”

A huge thank you to Dr. Jose for taking the time to be involved. Go and give his facebook page a like to be kept up to date with all new content appearing on his fantastic site. If YOU would like to reveal your horror top ten just drop a message below or on facebook and I’ll be in touch.