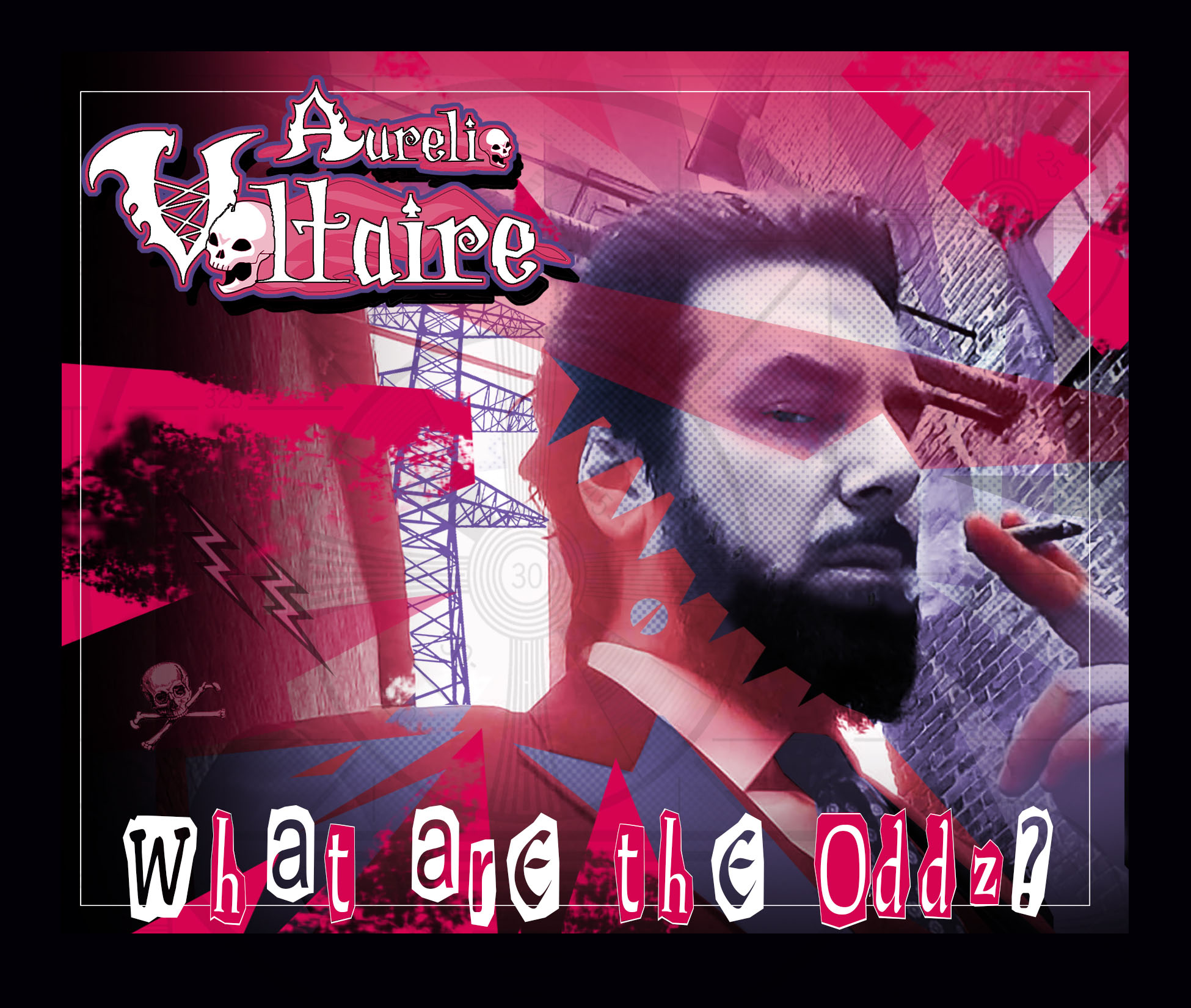 If you’re anything like me, you have fond memories of Cartoon Network’s Grim Adventures of Billy and Mandy, following two young children who trick the Grim Reaper into becoming their best friend (which is really how you should be making all your friends). One of the more well-known episodes, Little Rock of Horrors, featured a musical number by a massive talking brain, and that’s where I first heard Aurelio Voltaire. I wouldn’t hear him again until years later, where he broke the mold in my mind of an ‘average evil meteor from outta the sky’ and into something more.

Voltaire’s musical style has been described as anything from dark cabaret to gothic rock, with a heavy emphasis on tongue-in-cheek wordplay and over the top instrumentals. In January, he released a new album called What Are the Oddz, and I was overjoyed to find some of the songs stand out for those exact reasons. The entire album is heavy on the synths, making it reminiscent of a trip back in time. These compliment the exuberant and upbeat instrumentals, so it feels like new wave meeting Saturday morning cartoons. Songs like “When the Lambs Became the Wolves” and “She’s Glowing” are just whimsically creepy enough to be cheesy horror movie fodder — the kind of feel Voltaire excels with. But as good as some parts the album were, I was equally as disappointed with others.

While I love Voltaire for his wit, I felt like that was where parts of this album lacked a little. Some of the songs were, without a doubt, as catchy and clever as I’d grown to love his work for, but a number of others felt uninspired. Controversial topics that are mainstream and easy to subscribe to (such as the idea that depression medication makes you numb, or that social media is completely replacing human interaction), mixed with a very blunt and generalized delivery, made parts seem shoehorned in for the sake of targeting an older or broader audience.

Aside from the fact that some of the points he made were ill-informed and narrow-minded (for example, the “Medicated Girl’s Brigade,” that proposes that medication ‘strips you of your individuality’), he dropped some of his delightfully dark wordplay, in return for very trivial and simple language. One song brutally describes mainstream music as ‘stupid’ and ‘cheesy,’ while the chorus for another song just consists of the words ‘Myspace Me’ over and over again. The contrast between these songs and some of the more clever ones left me shocked and wanting for something a little more interesting or evocative, especially when I know Voltaire can do better.

And despite all that, the catchy chorus to “Sellout” has been playing on a loop in my head ever since I started writing, only proving how damn memorable his music can be — especially when he wants it to be.

You can find What Are the Oddz through most streaming services or off his website. I downloaded mine off Spotify. Keep up with Aurelio Voltaire’s Instagram to find out when he’s releasing his official music video for “She’s Glowing,” and enjoy my favorite piece off the album.