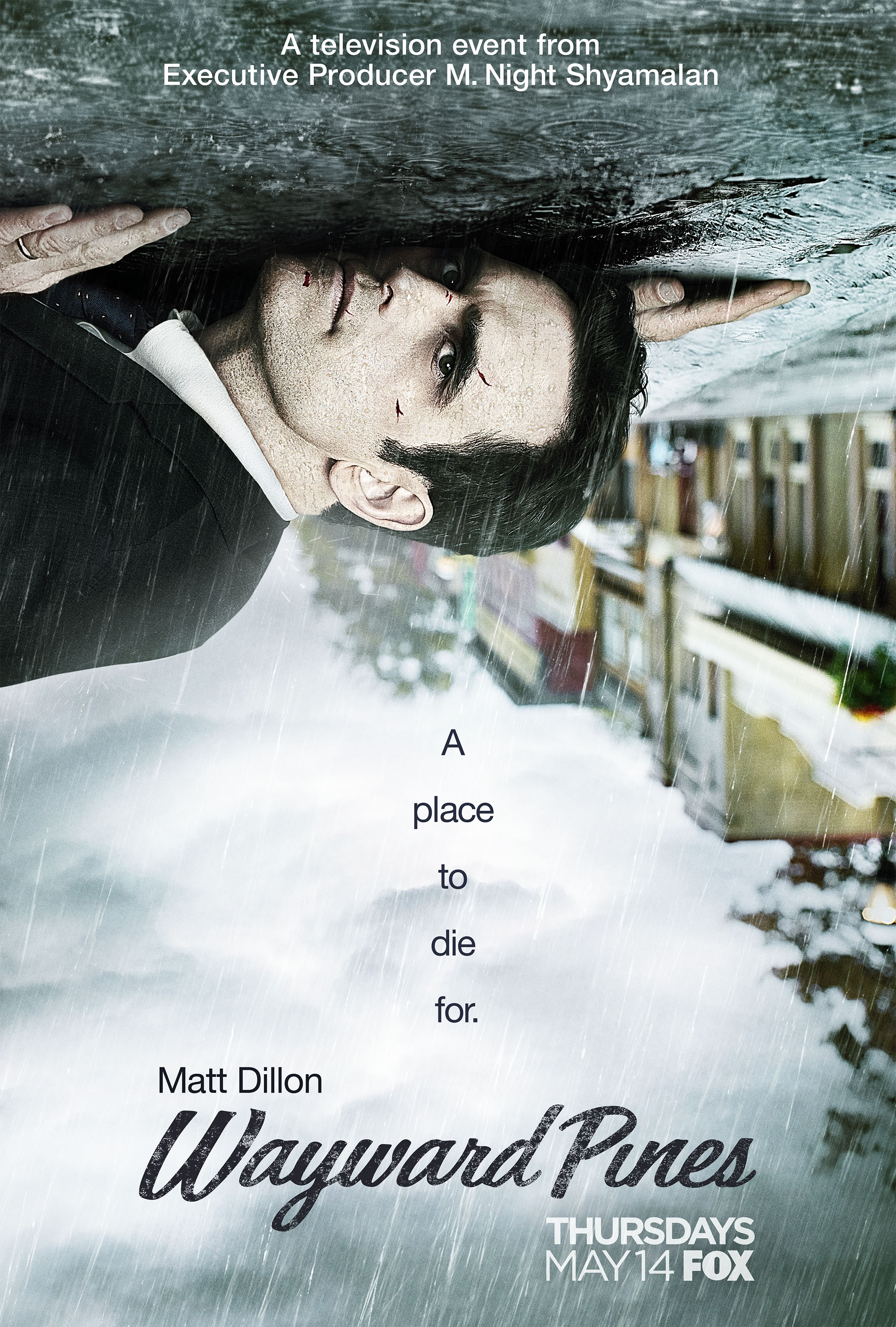 It’s impossible to overstress the importance of a TV show’s first episode, as it’s very hard to continue watching a series if your attention isn’t grabbed right out of the gate. When it comes to a show like The Walking Dead, for example, my interest was immediately captured, whereas a show like Hemlock Grove did so little to grab me in the premiere episode that I’ve never gone back.

Before he returns to horror later this year with The Visit, M. Night Shyamalan dips his toes back into the genre with Fox’s upcoming TV series Wayward Pines, premiering on May 14th. Shyamalan executive produced the 10-episode mini-series and he also directed the pilot episode, which has already been made available for instant streaming on Fox’s website – now through April 30th.

Titled ‘Where Paradise is Home,’ the pilot episode of Wayward Pines introduces us to Secret Service agent Ethan Burke (Matt Dillon), who wakes up in the titular Idaho town after a terrible car wreck that claimed the life of a fellow agent. They were traveling to the town in an effort to locate two missing agents, and a battered Burke quickly realizes that something isn’t quite right with Wayward Pines.

The mystery level is high in the first episode, as we are almost always privy to as little information as Burke is. Through encounters with a doctor, a nurse, a hotel staff member and the sheriff, we learn that Wayward Pines is hiding a secret worthy of having the name M. Night Shyamalan attached to it, as each interaction is increasingly bizarre and almost otherworldly.

Though everyone else is acting barely human, bartender Beverly (Juliette Lewis) seems to be on the same page as Burke, cleverly revealing to him the whereabouts of one of the agents he came to Wayward Pines looking for. Burke finds the man’s decomposing body in a dilapidated house, though Sheriff Pope (Terrence Howard) barely bats an eye when the information is presented to him.

After returning to the bar where he met Beverly the night before, and being told by the owner that there is no female bartender, Burke is knocked out cold and dragged to the hospital, where a particularly sinister nurse preps him for involuntary brain surgery. Beverly pops back up at just the right time and saves Burke, telling him that she was brought to Wayward Pines just one year earlier – in 1999, she says.

Toward the end of the episode, Burke locates missing agent Kate Hewson (Carla Gugino), his partner with whom he had been having an affair. Only problem is, Kate looks completely different and is acting like everyone else in the town, though she appears to be putting on an act. She tells Burke that they are being watched at all times, and urges him to leave her alone and not make any waves.

Meanwhile, Burke’s wife and son have no idea where he is, as the car wreckage only contained the remains of his fellow agent. To everyone else in the ‘real world,’ Burke seems to have completely vanished, and despite repeated attempts to call his family, the calls never reach them. Eventually, he realizes that the town is walled off from the rest of the world, with no apparent means of escape.

In classic Shyamalan fashion, ‘Where Paradise is Home’ does a great job of keeping you guessing and asks many questions that will presumably be answered throughout the series, with everything from the town’s motives to the overall timeline being left up in the air. While Beverly believes it to be the year 2000, Kate suggests it’s 2026, placing the show either in the present or future – or some other plane entirely.

There’s a certain Cabin in the Woods vibe to the proceedings, as the town is seemingly being run by a mysterious organization. The Secret Service appears to be in on whatever is going on, and it’s strongly suggested that they purposely sent Burke there as some sort of experiment. It’s also hard to tell if the town’s residents know what’s going on or are completely oblivious – or if they’re even human.

As for the character of Burke, he’s got his own personal demons. In addition to cheating on his wife with his partner, Burke is dealing with some serious mental issues, unable to get past the fact that he blew the chance to stop a fatal bombing. Over 600 people were killed in the attack, and his mind seems to have fractured as a result of the horrifying ordeal – could it be that he’s hallucinating some of the things we’re seeing?

If the goal of a TV show’s first episode is to intrigue you and leave you hungry for more, then color me intrigued by Wayward Pines and hungry to learn more about the eerie location. With so many questions left hanging in the balance, and so many interesting avenues already being explored, this is the sort of premiere that almost demands you tune in the following week.

Again I remind you that Wayward Pines‘ premiere episode is only available for streaming through April 30th. After that, you’ll have to wait until May 14th for the official series premiere, airing on Fox at 9/8c. If the episode is any indication of what’s to come, it’s looking like I’m going to have a new Thursday night tradition throughout May, June and July.