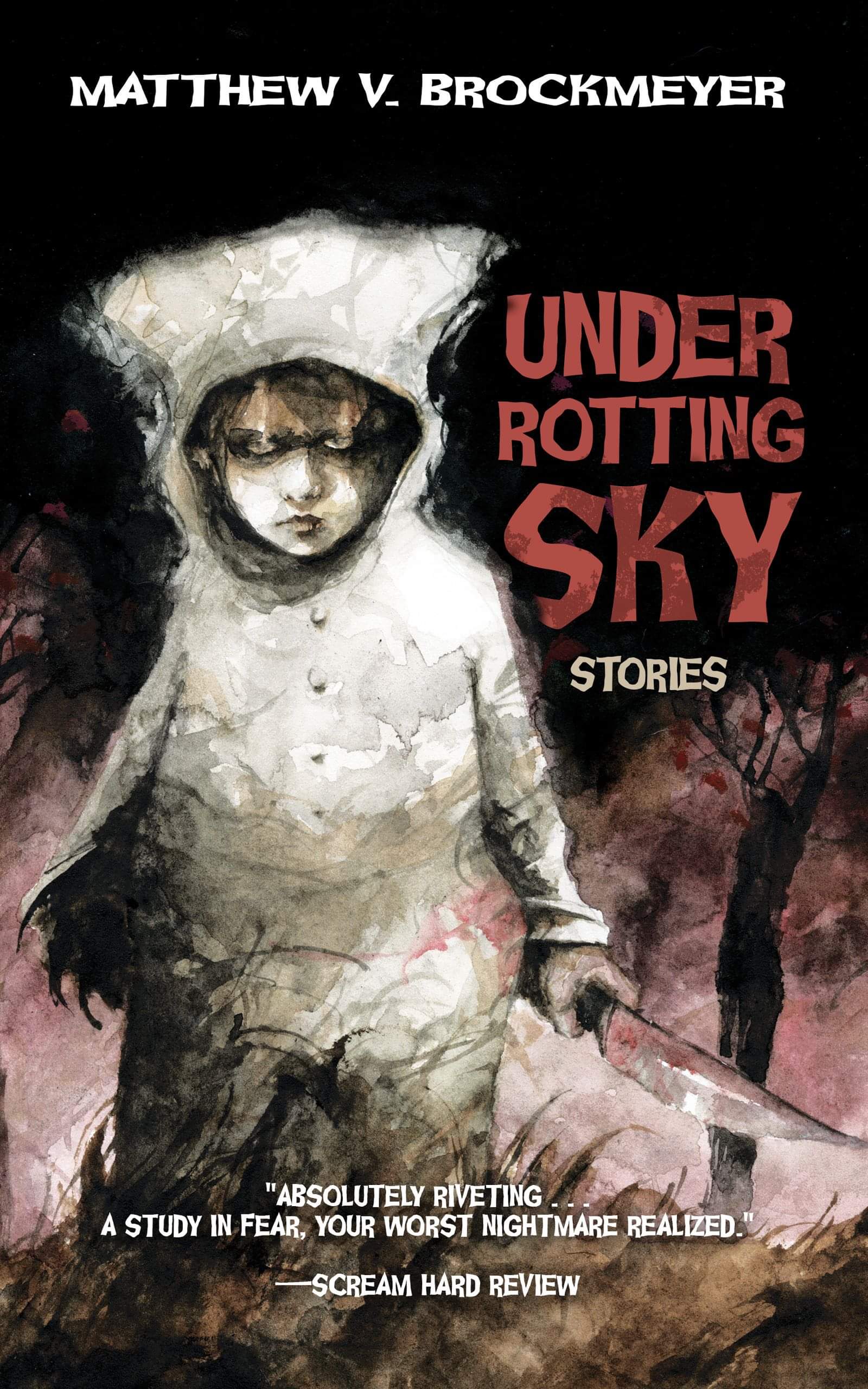 On April 20th, a book was released that might have flown under your radar. It was from Matthew Brockmeyer, author of Kind Nepenthe, which you may have heard of through some roughly eight thousand glowing reviews. His latest, titled Under Rotting Sky, is an anthology that deserves your attention … now. And that’s a “now” as in “quit reading this and order the damn thing and then come back to finish my column.”

Brockmeyer, whom I have grown to know, gave me an advance copy to read. He was not expecting a review, just my personal thoughts on it. I was blown away. I have been using the hashtag #HumboldtHorror to promote horror about Humboldt County, California as well as works by its authors as a way to get the word out about our weird little world. Brockmeyer’s book fit the hashtag very well, but more importantly, it had stories in it that downright gave me the creeps (ten points if you can guess which one stuck with me the most). After finishing it, I knew that Brockmeyer was on his way to some big things. Some very big things.

Since the book is an anthology, you can expect some stories to be better than others, as that is the nature of the anthology beast. That isn’t exactly the case here, though. All of the stories were good in their own way, but some did actually resonate with me in ways others did not. There wasn’t a real weak one in the bunch, however, which is unusual for an anthology. Brockmeyer handpicked these, and it was very apparent that he picked the cream of his literary crop with maximum impact in mind.

From ghosts to calcified babies to huge hairy creatures that steal children, Brockmeyer hits many horror hallmarks and puts his own spin on what could be, in lesser hands, standard tales of terror. You know exactly what I’m referring to, as well. Those tales you’ve felt like you have read countless times before. Again, that’s not the case here. These are something more, and I liked them so much that when I offered to give him a blurb (an offer he accepted) for his book, I said the comparisons he’s received to Stephen King were spot-on. I meant it then. I mean it now.

His tales are horror in nature (or transgressive, if you prefer), but they are ultimately about characters. He gets that the characters drive the story … something that is missing with far too many horror authors these days. You can have all the blood, spirits, and bumps in the night that you want, but if the characters don’t connect it is just words on paper. Brockmeyer, like King, is a natural at getting you to care about the people who inhabit his stories.

If you haven’t realized it yet, I highly recommend reading this book as soon as possible. As a fellow author who reads a hell of a lot, I know good work when I see it. This, dear readers, is good work and it deserves your undivided attention. As for Brockmeyer’s favorite story in the book? It’s “The Gym Teacher.” Why? According to its author:

“It teaches that curiosity kills a lot more than just cats. Be careful what you wish for, you might just get it!“

Truer words have not been spoken.