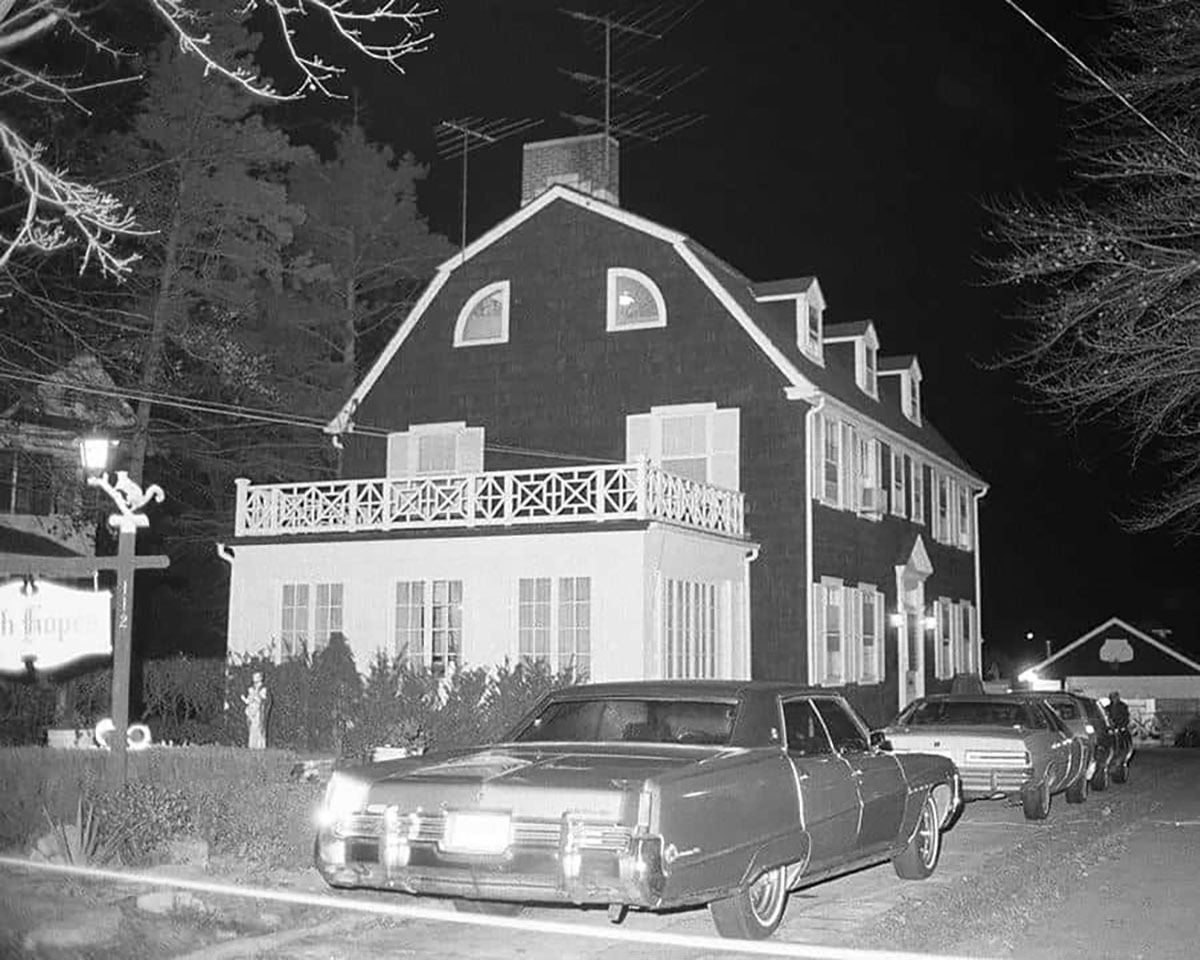 I lived in Pennsylvania in the 1970s and 1980s. If you were lucky enough to live in that section of the East Coast back then, you’ll remember how often the real-life crimes and the tale of The Amityville Horror came up in the news and on television specials. I was (and still am) fascinated by the paranormal, so the extended media coverage was like a gift from the Dark Gods. I became instantly hooked on the story of the house with the ghost pig and Red Room.

My mom had a hardcover copy of Jay Anson’s 1977 book about the house. I devoured that thing, and still actually have her copy of it on my shelf. That book and my intense interest in it led to her taking me to see the 1979 film at our local theater in Quakertown. I was eight-years-old at the time, but she took me nonetheless. I, of course, loved it. I was the only kid of that age in the theater, and I was in awe. Once I started buying DVDs it was one of the first I bought. Far from discouraging my enthusiasm for the story, my mom encouraged it, and for that I am forever grateful.

As I grew up, I read other books on the subject and even watched some of the ill-fated sequels to the original film. Few held my interest, then I met this girl whom I shall call Marie. Marie and I started “going out.” We talked about all those really important things that young teenagers talk about like movies and music. At some point in our relationship my fascination with the High Hopes house came up. What she said next blew my little teen mind.

“You know the guy who killed everyone there?” she asked. “My aunt dated him.”

Of course I knew of the man (Ronald DeFeo, Jr.) who killed his family in the house! How could I not? And now I was dating a girl whose aunt dated him? Oh. My. God. I started throwing questions at her. She could answer none of them. It was, in a word, disappointing. Much like the kind of disappointment you feel when you do those mail-in DNA tests and find out you are related to Brad Pitt … but then so are all of your friends. That kind of disappointing.

But still kind of cool.

Over the years my obsession with the story and all things connected to it has admittedly waned. It still captures my imagination, but now moreso for the media coverage that surrounded the “haunting.” I feel as though I was very lucky to live during a time where that sort of thing not only made the news, but also all the news shows that were on television in that area during that time. That age doesn’t exist anymore.

Stories of hauntings have been replaced with vague and often misleading stories about sinister stuff on YouTube where big-eyed Japanese sculptors encourage kids to kill themselves. The horrors have changed, and quite honestly don’t seem as fun as the old razor blade in the apple stories of my youth, but that doesn’t take away from the fact that for a short time I had a very thin connection to one of the most famous haunted house stories in America, if not the world.

Interesting end note: Since I started writing this column about a week ago, the Amityville incident has been popping up all over the place in my life. People have mentioned it to me, my Twitter feed has had people tweeting about it, and so on. Do I attribute it to the supernatural? No. Of course not. But it is strange …