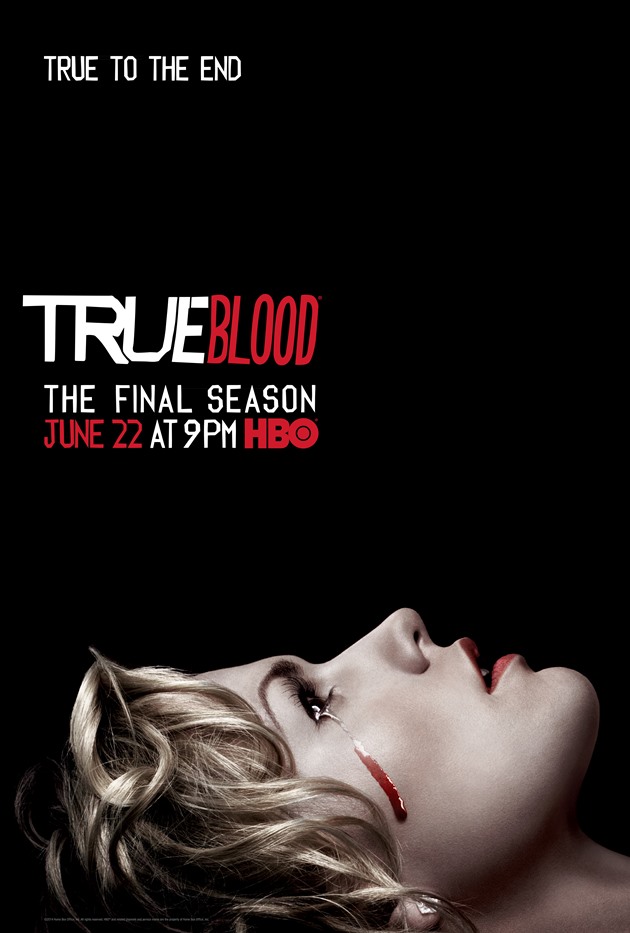 After nearly a year without the vamps, wolves and sweet southern mind-reader in our lives, True Blood made its return to HBO last night for the show’s seventh season, which is the last hurrah for Sookie and the gang.

Once the 10-episode season comes to an end, so too does the series as a whole, making last night’s premiere the literal beginning of the end.

I’ve been a fan of True Blood since day one and though I’ve always had fun with the show, I agree with the majority of the internet that it’s seen better days, and that it’s probably best to wrap things up before the quality takes too much of a nosedive.

It’s for that reason that I’m kind of happy that Season 7 is the final season, and excited about the fact that the show is going to come to a close on its own terms, rather than being unceremoniously cancelled.

One final season gives the writers and the cast the chance to just have fun and go for broke, as nothing presented over the course of these ten episodes has to work in the long run. I feel that now is the time for the show to get as whacky and as wild as possible, and remind all of us why we fell in love with it in the first place.

Unfortunately, that sense of balls out fun wasn’t exactly reflected in last night’s premiere, which offered up little in the form of excitement for the future.

Picking up directly where the jarring Season 6 finale left off, the episode kicked off with the angry zombie-like H-Vamps attacking Bellefleur’s Bar and Grill, where nearly all the major characters were hanging out. After a particularly intense and brutal battle – which included many true deaths and even an appearance from the Friday the 13th remake’s Jason Voorhees, Derek Mears! – we learned that a couple throwaway characters had been kidnapped by the infected vampires, and one major character had lost her life.

While Holly and Arlene were among the kidnapped, it was Tara who met an off-screen true death – or so we’ve been led to believe. Whenever a major character ‘dies’ on a show and we don’t exactly see it, you can be pretty sure that the character isn’t actually dead, and I certainly won’t be surprised in the least if we haven’t seen the last of Tara.

If you’re asking me, one of the big mistakes True Blood has made over the years is trivializing death, which admittedly seems like a fairly silly complaint to have – this being a show about undead creatures, and all.

But here’s the problem. Since Tara already died a brutal death on one occasion, and then came back, followed by Bill meeting the true death, and then coming back, the stakes no longer seem all that high for any of the main characters, as the show has reminded us time and time again that none of them can ever actually die.

Maybe it’s just me, but I find it a little bit hard to care about them and their various perilous situations, armed with this information, and I never really get the sense that any of their lives are actually in danger.

But even if we never do see Tara again, does it really even matter? It’s been quite some time since she was interesting as a character, and I can’t help but feel that it probably would’ve been better if she had actually died that first time, rather than be reborn as a vampire.

Come to think of it, I’ve admittedly just plain lost interest in most of the characters on the show, which is a shame considering the fact that I really do like them all. Most of last night’s episode showed us what each individual character was up to in the wake of the H-Vamp attack on the former Merlotte’s, and all of that side-plot stuff felt awfully familiar.

While Sookie was lamenting the loss of her best friend and bedding Alcide, her brother Jason was trying to get it on with that vampire chick who keeps his balls in a mason jar under the sink, finally finding himself inside in one of the show’s most aggressively sexual sequences of love making.

On the other side of town, Bill and Andy were on a mission to locate the H-Vamp nest, while Jessica was hellbent on protecting Andy’s fairy daughter Adilyn, in an attempt to make up for the fact that she ate the girl’s sisters. Jessica spent the majority of the episode stationed outside of Andy’s house, in a Mexican standoff with a hungry H-Vamp, which made for the episode’s most intense sequence – which was also simultaneously fairly silly and uninteresting… go figure!

Meanwhile, Lafayette buddied up with Jessica’s new boyfriend – who I totally don’t even remember from Season 6’s confusing ‘jump in time’ finale – and the two flirted dangerously with the idea of making sweet, sweet human-on-vampire love. It was during this scene that Lafayette essentially echoed my sentiments from above, remarking that he’s basically numb to the idea of any of the other characters dying, since it happens so often – and, in the case of Tara, since she already died once before. Right there with ya on that, Lafayette!

In the episode’s most interesting development, we learned that Pam is in hot pursuit of her maker Eric, who appeared to have met a totally nude true death at the end of Season 6. Her hunt leading her to Morocco, we saw Pam engage in a game of Russian Roulette in an attempt to obtain information about Eric’s whereabouts, which of course resulted in the death of her opponent, and a few utterly badass lines of dialogue from her.

Pam has really become the most interesting and fascinating character on the show, and it’s her relationship with Eric that I find myself most invested in, at this particular point in time. There’s just something very real about the love they have for each other, which no relationships between any of the other characters can match, and quite frankly I’m way more interested in them than I am Sookie, Alcide, Bill or anyone else on the show.

If you didn’t watch the episode and this recap is leading you to believe that nothing much really happened in it, well, there’s a good reason for that. Aside from the apparent death of Tara, nothing really did happen last night, as the majority of the episode’s run-time was devoted to the characters going through the motions, and mostly dealing with the same issues we’ve already seen them deal with in the past. In that sense, the episode almost played out like one we had already seen in the past, which has me quite worried about this final season.

I hate to be a hater, but last night’s premiere didn’t exactly get me pumped up for the nine episodes to come, nor did it make me excited that the show is back on my weekly watching schedule. It felt more like just another episode from just another season, rather than the beginning of an explosive and exhilarating end, and it’s for that reason that I couldn’t help but feel disappointed by the big return.

That said, I will remain hopeful about the fact that we’re in store for the balls out swan song that we by all means should be given over the course of these next couple months, and I can only hope that the repetitive nature of the show is broken up with some seriously wild and unexpected happenings. Again, nothing that’s presented this season has to be followed up in future seasons, so now’s the time to just really have fun and let it all hang out.

In the immortal words of Tom Atkins; thrill me… the way you didn’t last night.